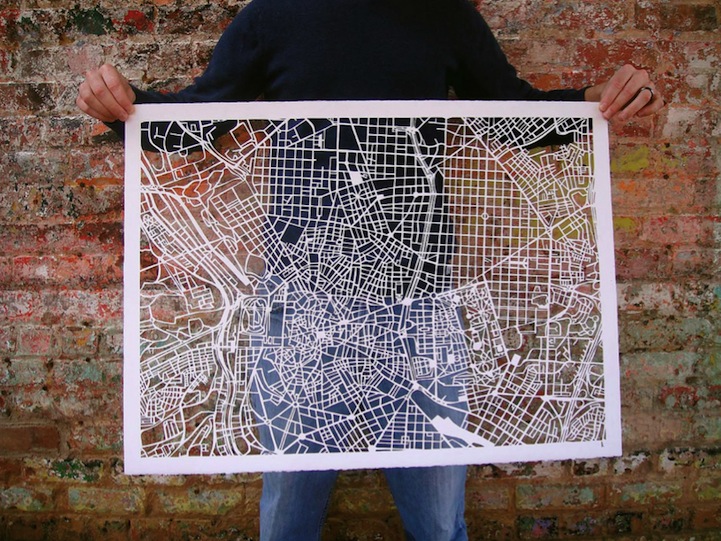 Karen O'Leary creates incredibly detailed hand-cut maps from paper. Using razor precision, the North Carolina-based artist manipulates negative and positive space to form delicate webs of city streets, while land and water are cut away. “I love the idea of a completely familiar object made new and even more beautiful,” says O'Leary. “These maps reveal the density and delicacy of a modern city with a single element and infinite subtleties.” You can purchase these spectacular city maps at O'Leary's Etsy site, Studio K. 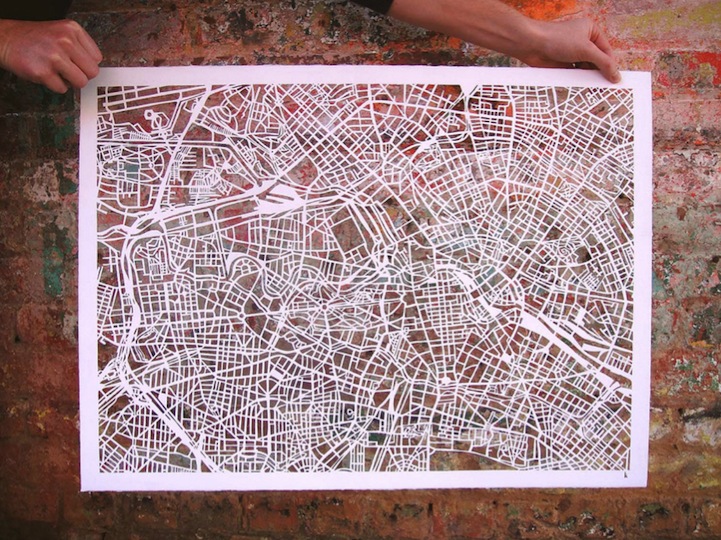 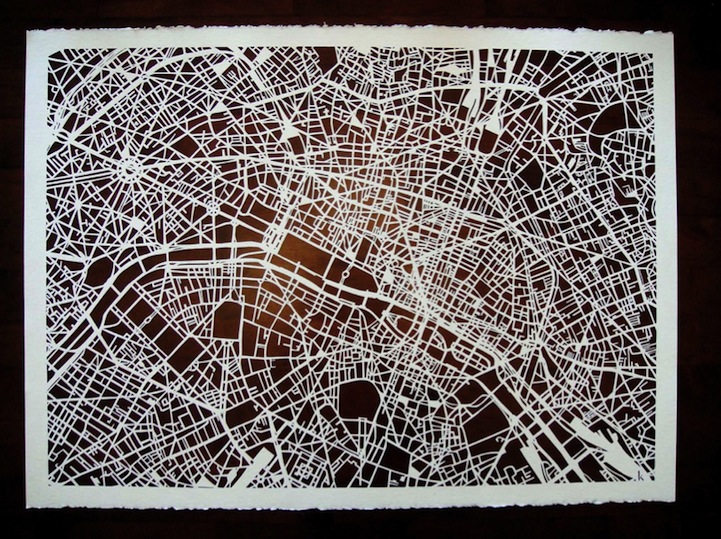 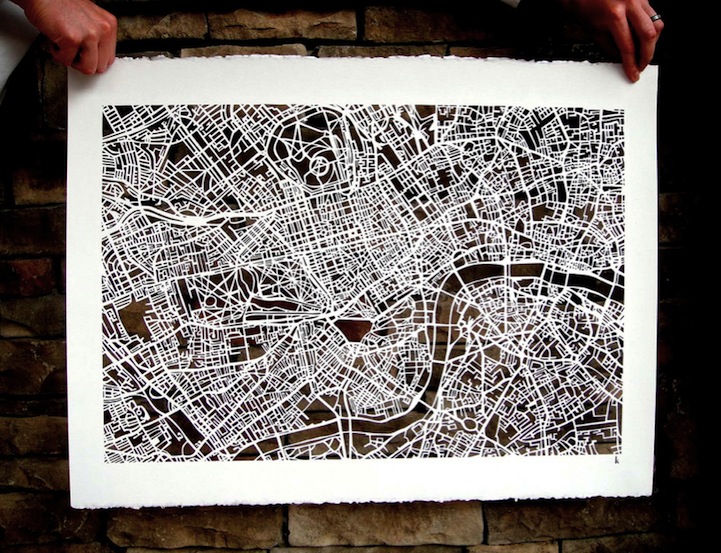 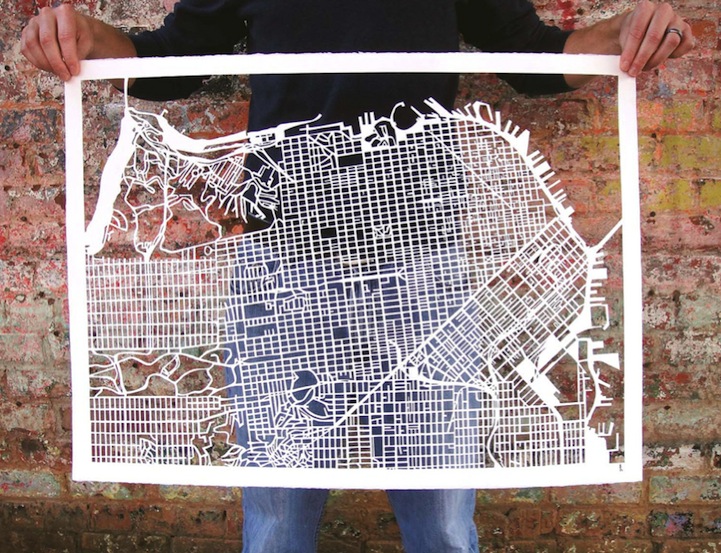 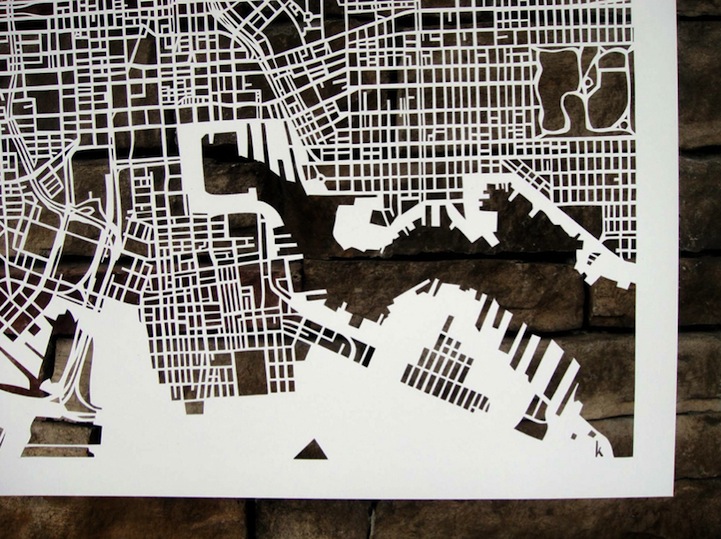 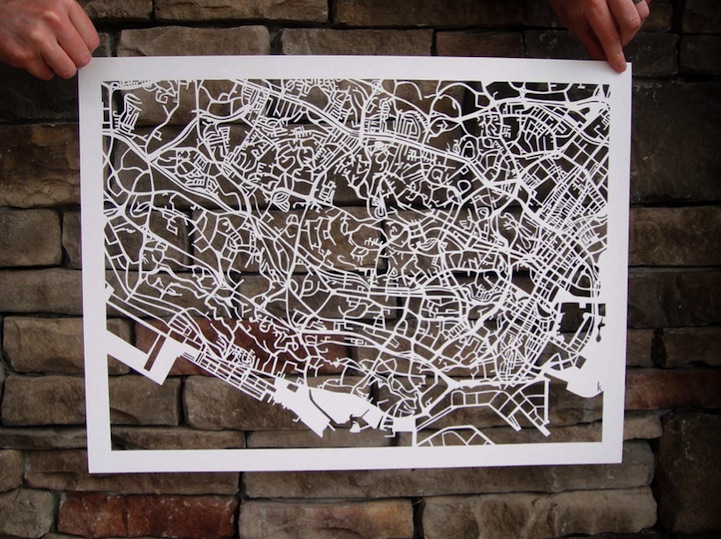 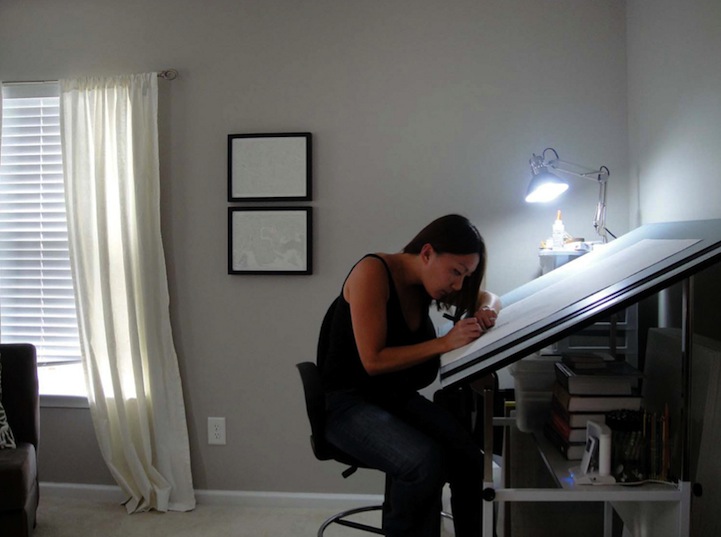