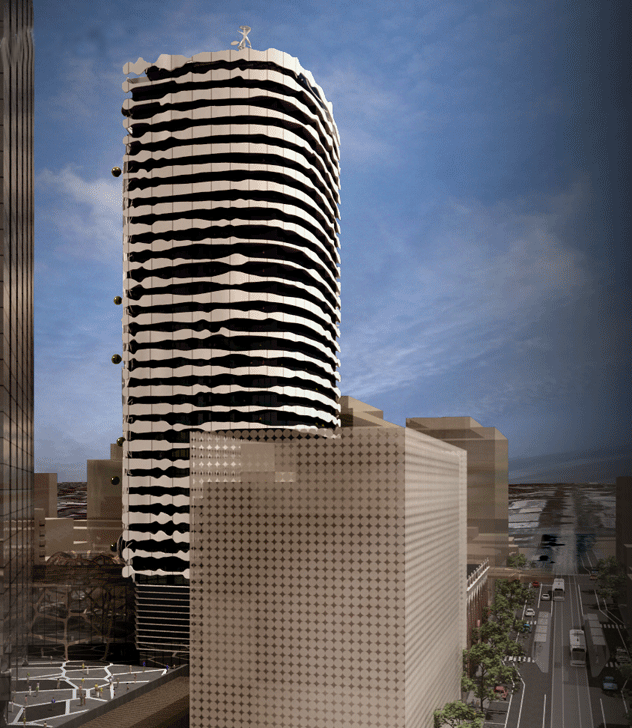 Slated for completion in 2014, Melbourne-based ARM architects designed a building that dons the face of Australian indigenous leader William Barak. An architectural first, the portrait of the tribal chief will be sculpted across a 330 ft (100 meter) high facade using the building's white concrete balconies.

William Barak was an elder of Melbourne's Wurundjeri tribe and was instrumental in bridging the gulf between black and white cultures. Wurundjeri elder and Barak descendant Doreen Garvey-Wandin said it was time her great-great-grandfather was recognized in Wurundjeri territory. “We're quite privileged to have his facial features looking over Melbourne, keeping an eye on us,” she said.