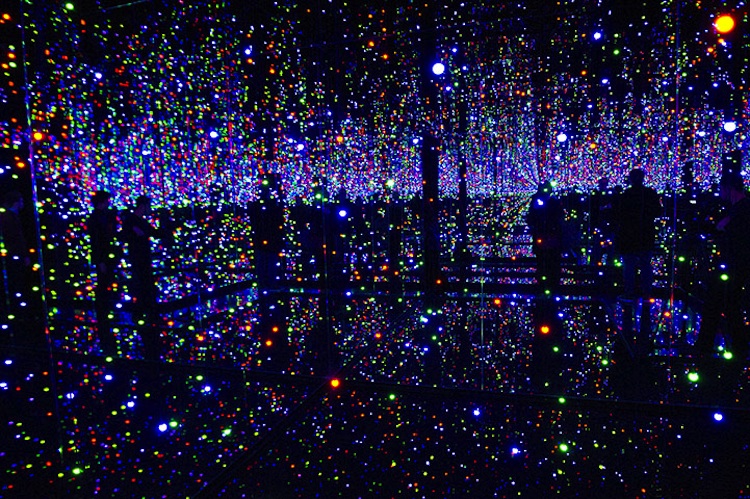 If you've ever wanted to step into a room that feels like it goes on into infinity, well, now you can. At Tate Modern in London from February 9 to June 5, 2012, you'll find a space filled with mirrors and small LED lights, which change color. Infinity Mirror Room – Filled with the Brilliance of Life is by famous Japanese artist Yayoi Kusama, an 82-year-old woman who has spent most of the last forty years of her life as a voluntary resident in a psychiatric hospital. Telegraph says that soon after “she became a household name, her signature polka dot patterns covering everything from department stores to buses.” (If the name sounds familiar, she was also the one behind The Obliteration Room at the Gallery of Modern Art, Brisbane which we wrote about here.)

This new installation, created specifically for her retrospective at Tate Modern, is the artist's largest mirrored room to date. Vogue UK describes it as “suspending the viewer in space.”

You can get a preview of the show on Guardian's website. In addition to a sequence of rooms, the exhibition will feature many of Kasuma's artworks in various media including painting, sculpture, and film. 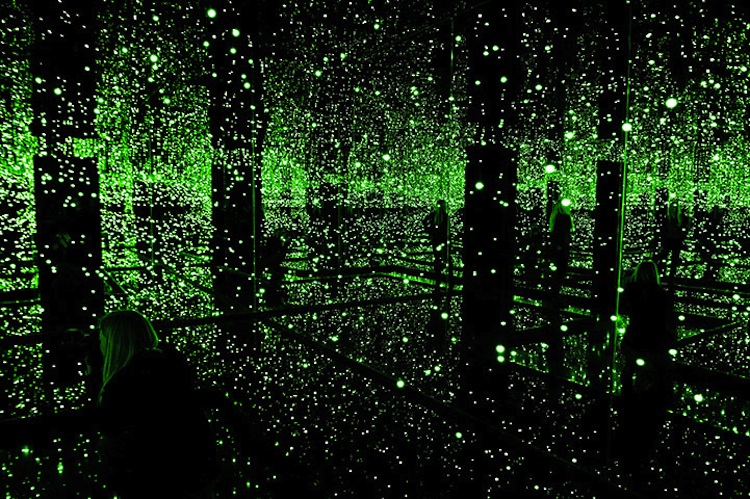 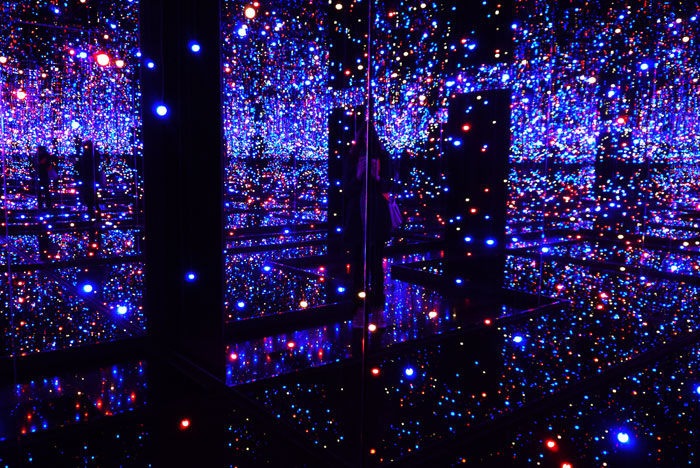 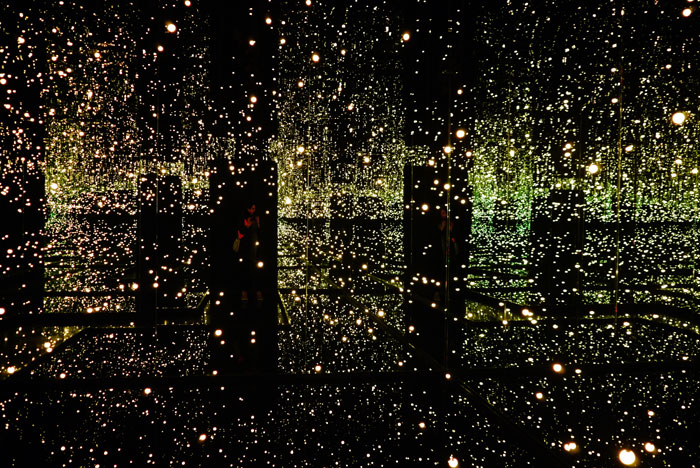 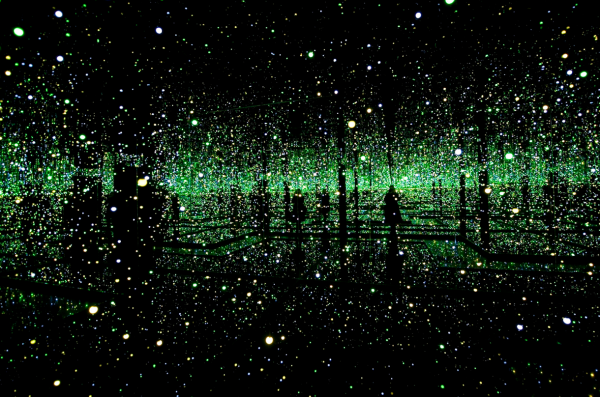 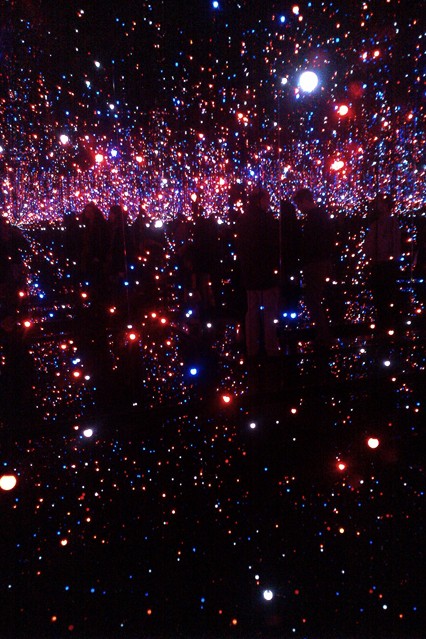