Inside the World’s Coolest Cockpits (6 Vehicles) 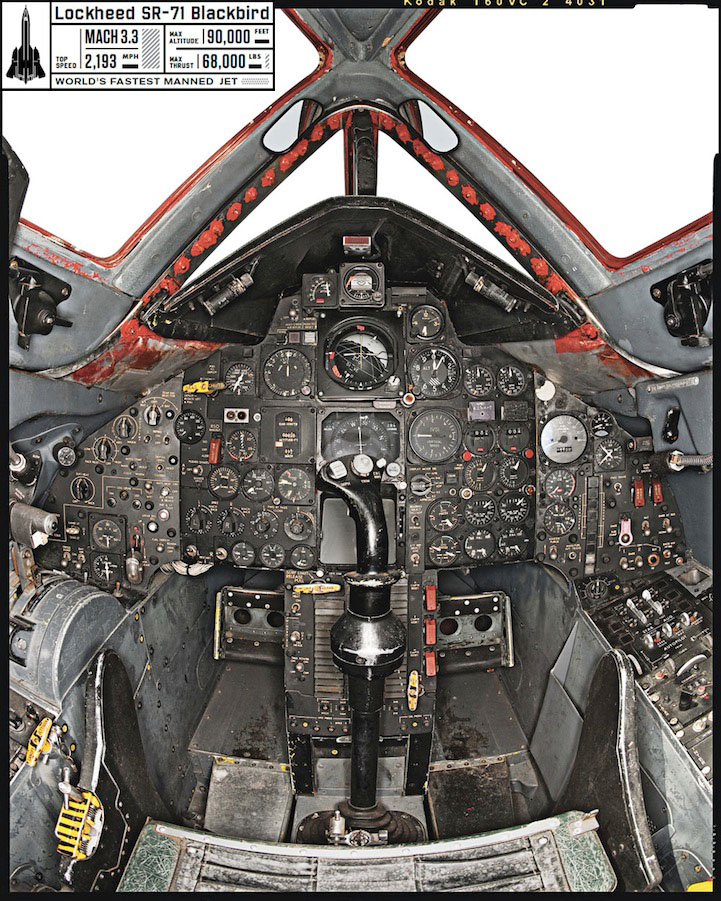 Photographer Dan Winters fulfills every man's fantasy by giving us visual access inside the cockpits of the greatest vehicles ever created. Prepare to start daydreaming as you teleport yourself behind the wheel of a SR-71 Blackbird Spy Plane, 1960s-era Rocket Car, Gravedigger Monster Truck, Oasis of the Seas Cruise Ship, Boeing 787 Dreamliner, and Triton 1000/2 Submarine.

Above, the Lockhead SR-71 Blackbird screams through the air at three times the speed of sound. The jet needs to keep the air flowing through the engines down around 500 mph. 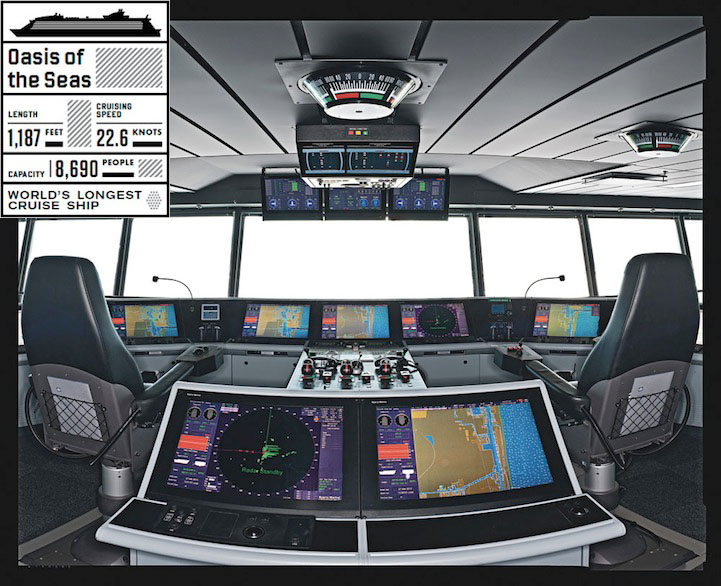 Situated on the center line of Royal Caribbean's $1.4 billion Oasis of the Seas, the captain's station has two trackball-controlled 27-inch LCDs (foreground) that are used to display the electronic chart and the ship information system, which aggregates mission-critical data like radar, GPS, and sonar. 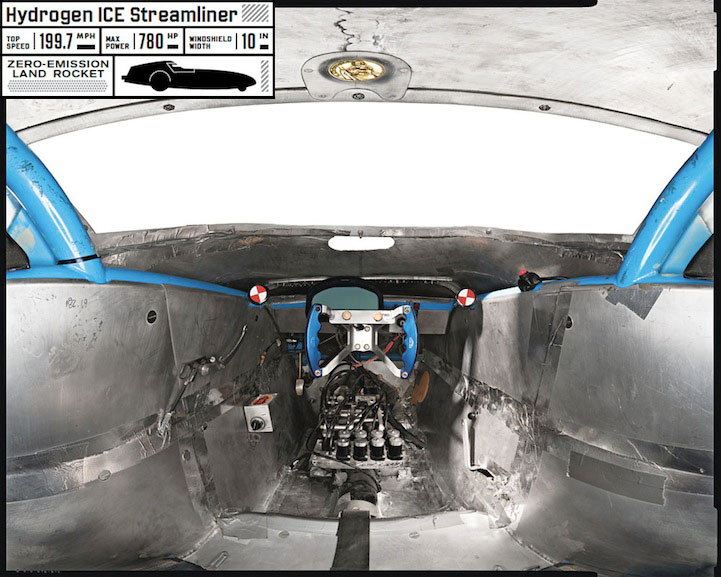 If you're going to gun a modded 1960s-era rocket car to 200 mph, you need a full-face helmet, a five-point harness, and a 15-foot parachute. Less essential: a decent-size windshield. “You can't see shit in that fucker,” says Jesse James, the TV host who does the driving. 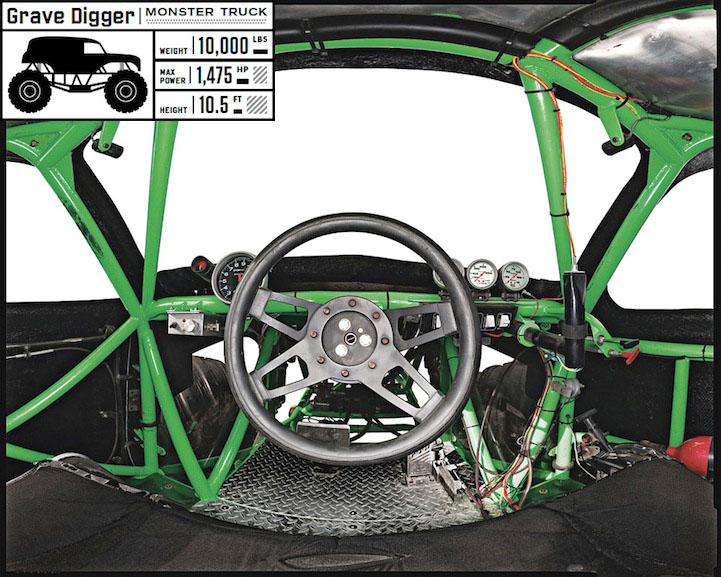 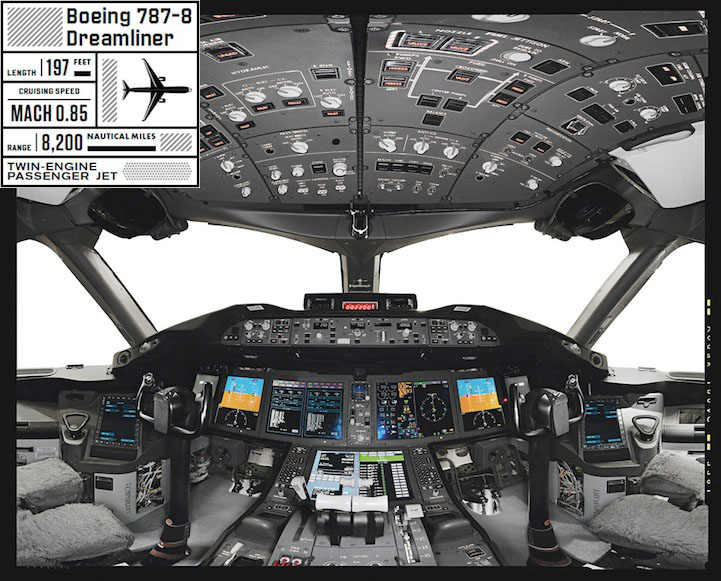 Try flying a commercial jet at 650 mph while keeping track of the data displayed on five 9- by 16-inch LCDs. “We're able to do more computing and image processing now,” says Mike Sinnett, a Boeing VP and chief project engineer for the Dreamliner. “But if you're not disciplined, you can provide too much information.” Landing is guided by a particularly smart piece of data visualization: Pilots can now see their vertical descent path, a sideways snapshot of the plane and trajectory relative to the ground. 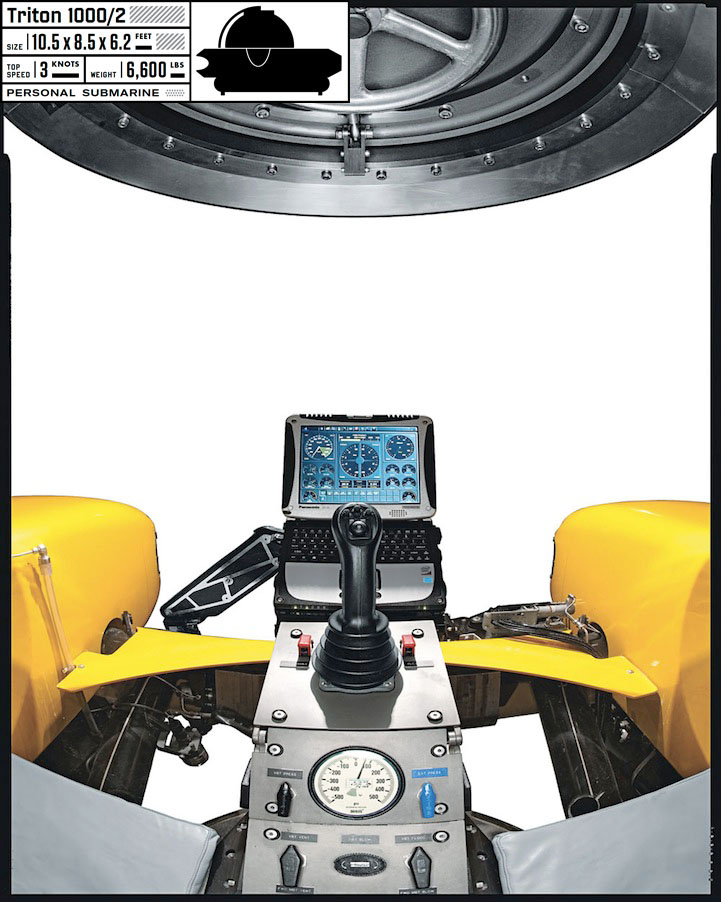 The domed acrylic pressure hull on this $2 million two-seater harks back to the “Nemo” spheres developed by the Navy in the '60s. The joystick that controls the pair of 2-kW main thrusters also lets the skipper toggle through a boatload of digital gauges, charts, and sensors–from gyro and magnetic compasses to sonar readings and a Doppler velocity log.