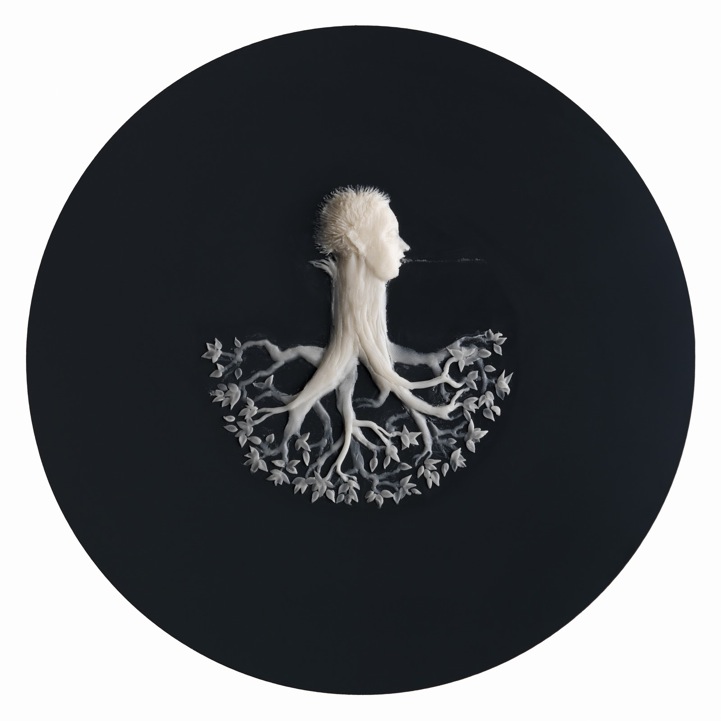 Normally, when we think of wax and art, we associate the terms to life-size figures. However, artist Felicity Powell forms small-scale figures on the backs of circular mirrors using her fingers. The protruding white and red wax designs lie across a black backdrop, really highlighting its intricate shapes and textures.

Each piece works with varied densities of the malleable material to represent the different visual effects of solid and wispy figures. Powell also effectively illustrates depth by not only embossing the forms on a flat surface but by also utilizing varying opacities to distinguish one part of the image, in the forefront, from another, in the background.

The London-based miniature sculptor filmed herself making one of her pieces. It's really remarkable the way the artist works the wax into the surface and manipulates its form. That video can be seen, below, though there is a slightly longer version available at Wellcome Collection. This series, entitled Charmed Life, is currently on display as part of the Wellcome Collection's Miracles & Charms exhibition in London until February 26, 2012. 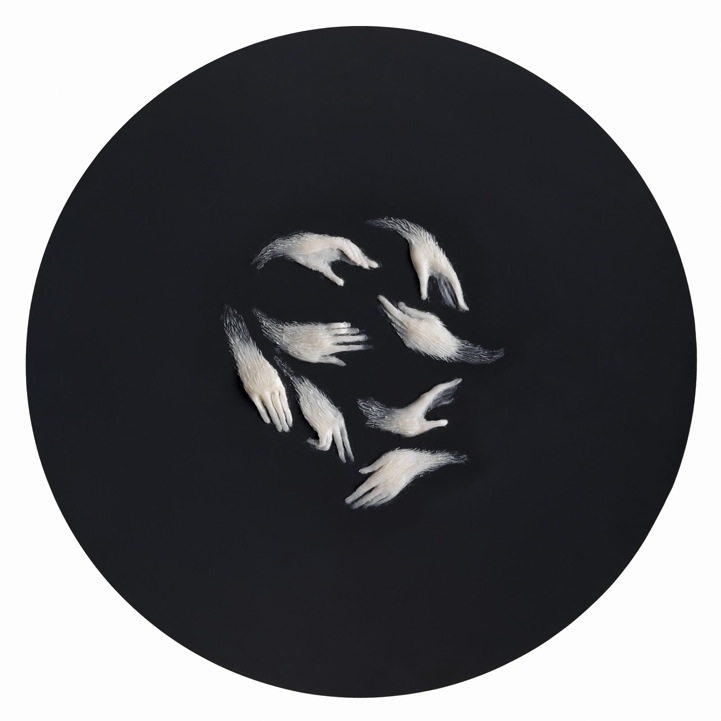 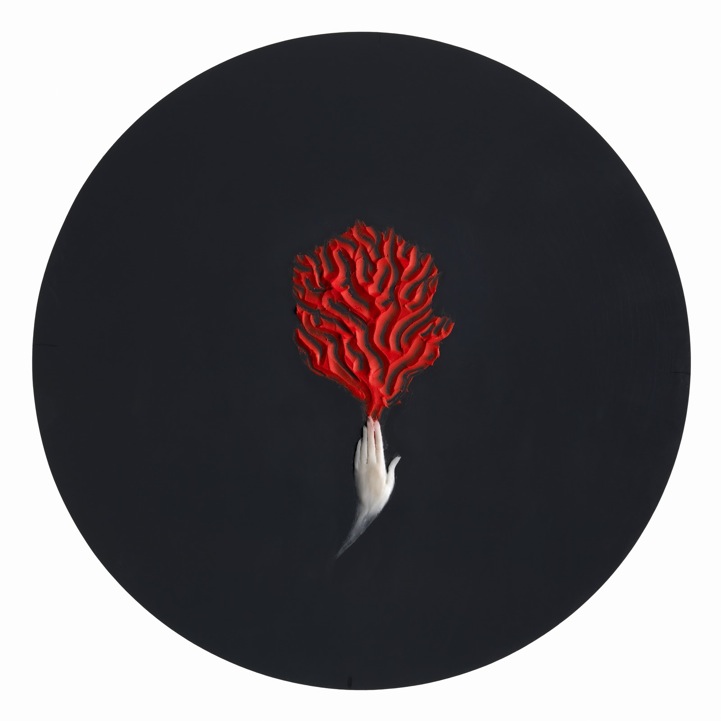 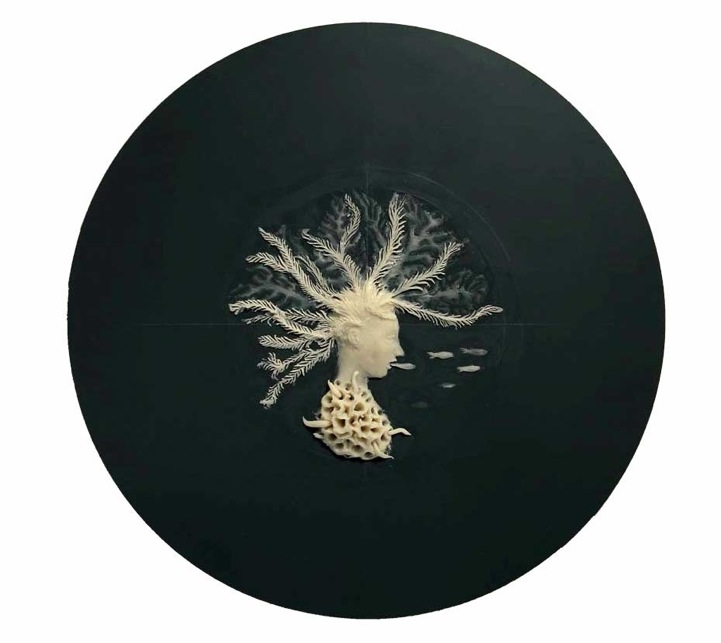 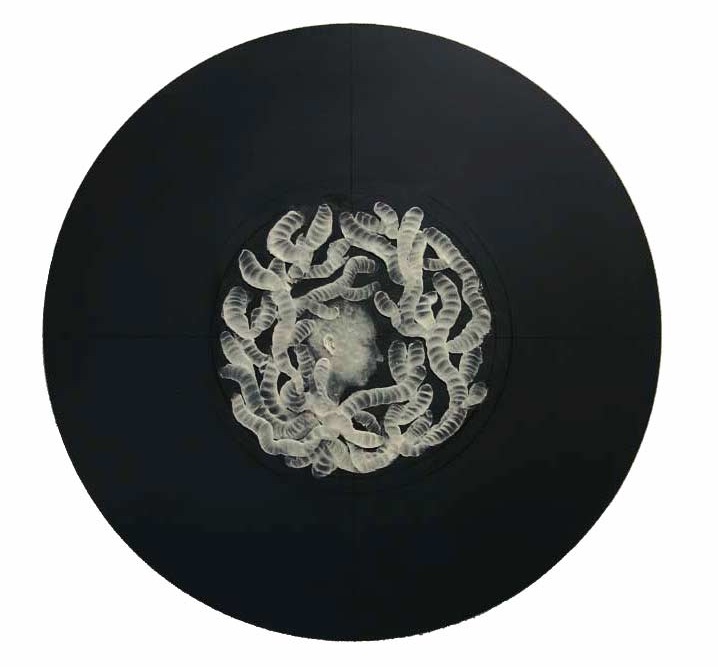 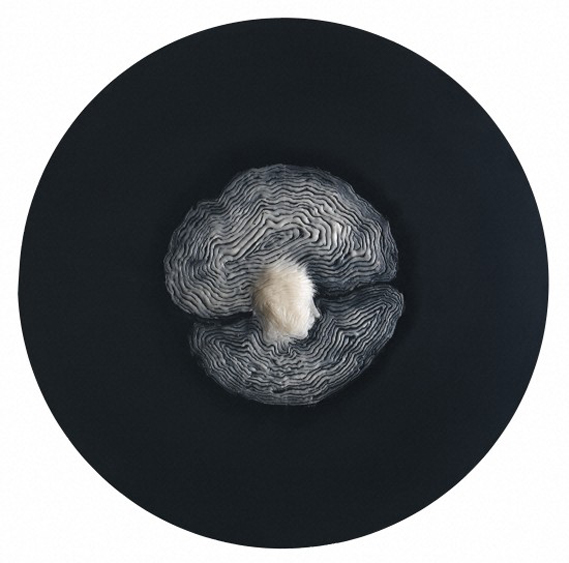 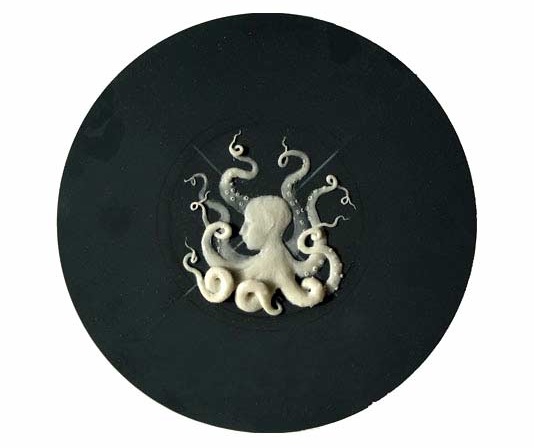 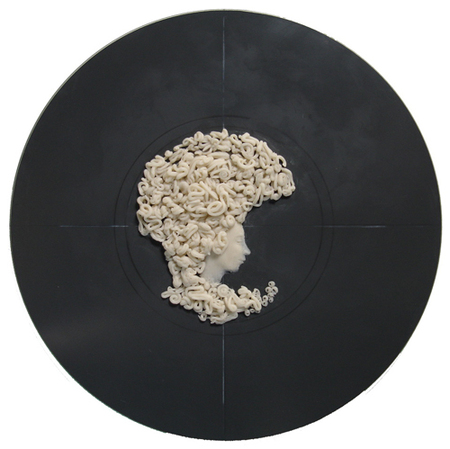 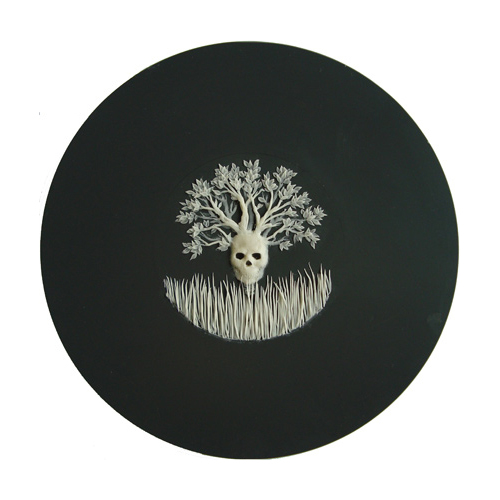