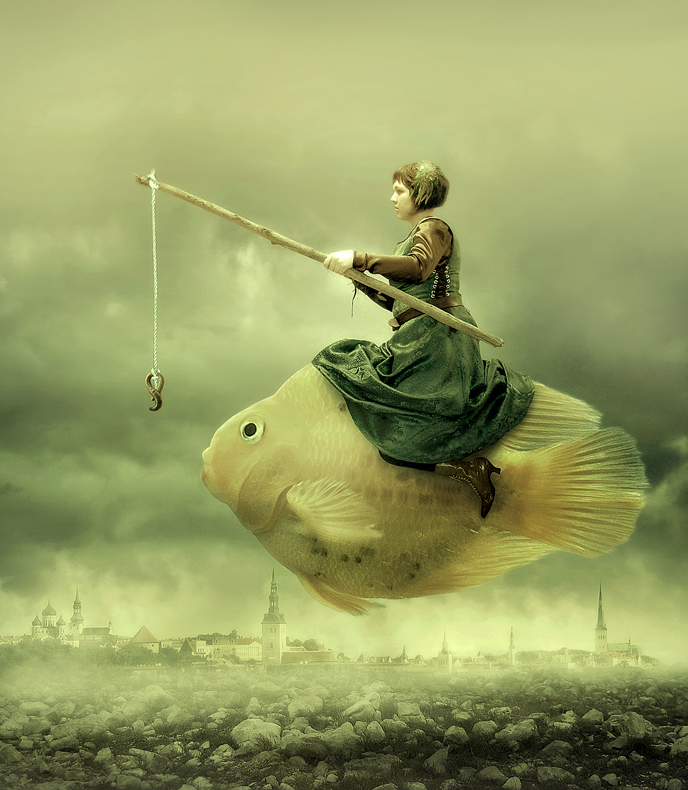 Estonia-based artist Irene Z digitally manipulates photos to produce surreal environments flourishing with marine life. Each of the digital artist's female subjects are immersed in an aquatic setting, whether her environment be defined by the physical oceanic habitat or the surrounding sea-dwelling creatures roaming about. The unusual dream worlds that Irene Z creates are somewhat post-apocalyptic, leaving the viewer mystified.

In addition to placing these women in an otherworldly mix of land and sea elements, playing with size ratio and color adds to the surrealistic ambience. An adult woman easily rides a fish we'd otherwise be able to keep in a household tank. Although we see clouds, which would give the impression of being above water, fish in Irene Z's works float as though they are swimming undersea. This science fictional atmosphere even gives the sense that humans may have evolved into aquatic creatures themselves. 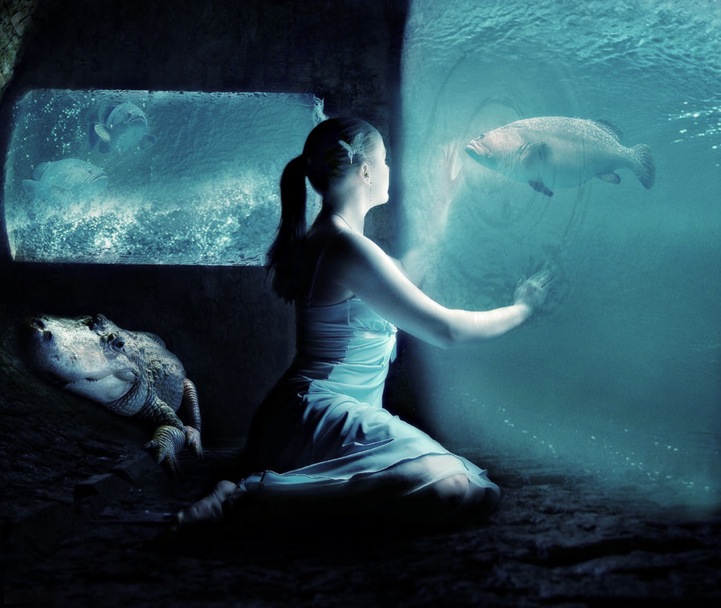 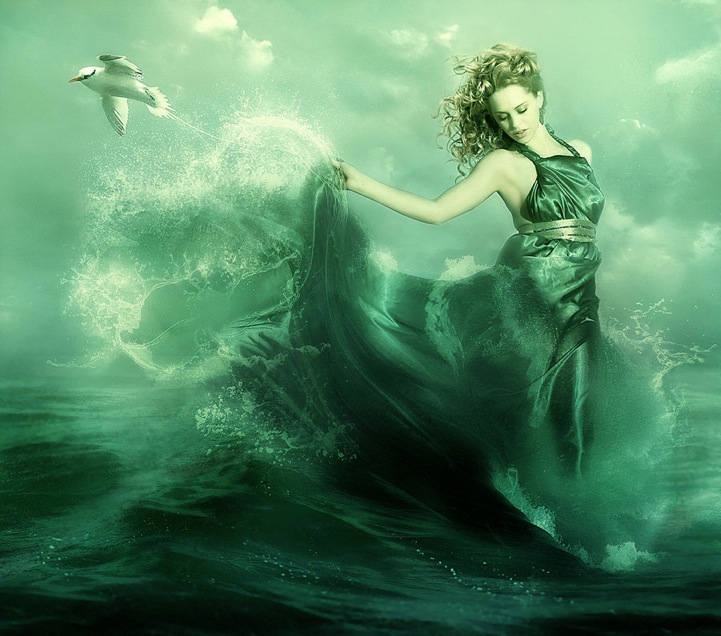 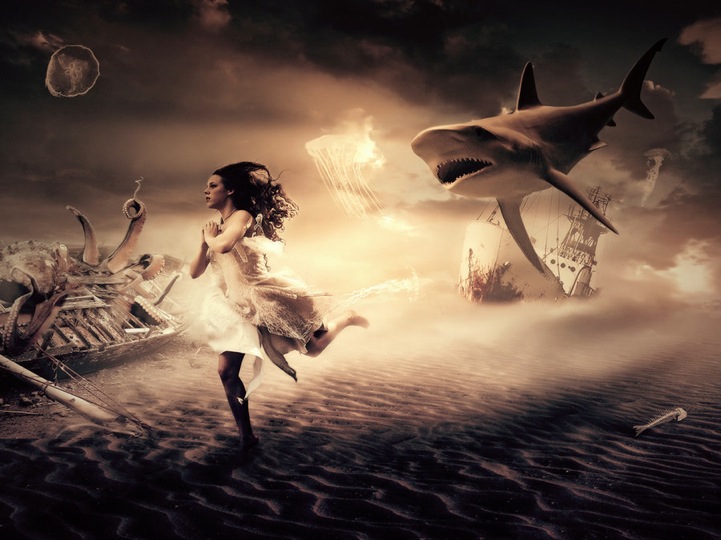 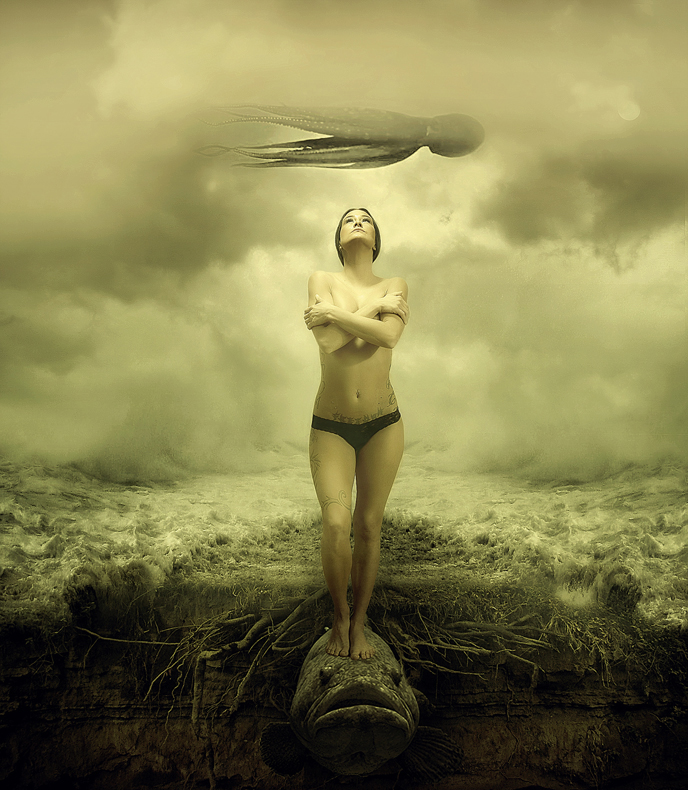 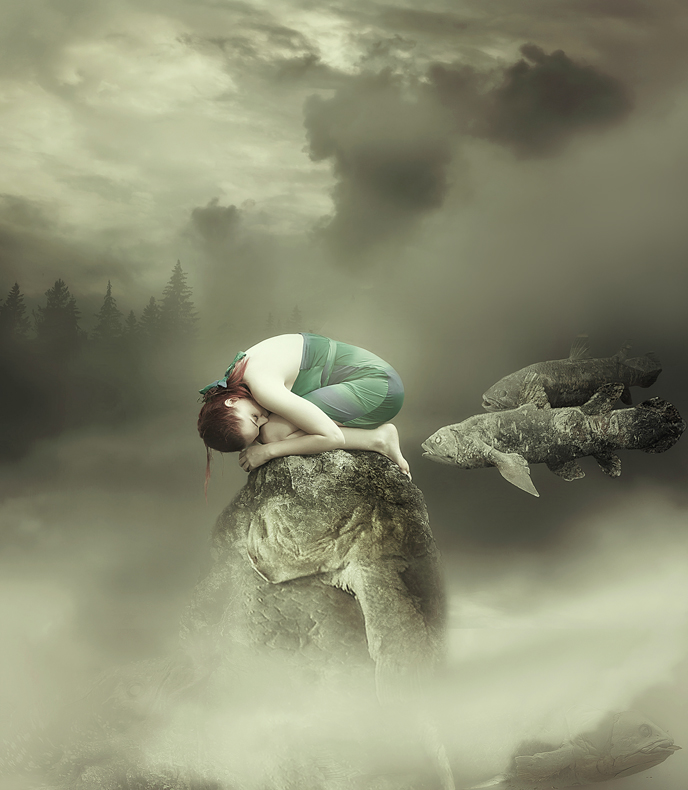 Irene Z on deviantART
via [faith is torment]