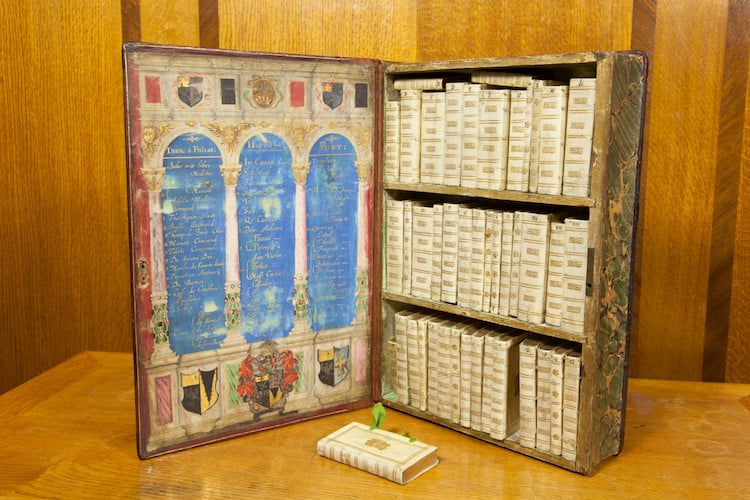 Books have long been considered precious materials, both as sources of learning and hallmarks of a cultured lifestyle. Grand libraries in cities like Prague and Dublin speak to the idea that what holds a piece of literature should be as important as the book itself. An intriguing item at the University of Leeds library demonstrates that even without our modern, advanced technology, people went to lengths in order to keep their precious books close by.

This 17th-century Jacobean traveling library is a beautifully crafted wooden case created to house a miniature book collection. According to the University of Leeds, the case was most likely commissioned by lawyer, and member of Parliament, William Hakewell in 1617 as New Year's gift for a friend. Shaped in the form of a large book, the case houses 50 smaller books, creating a portable, traveling library. As Stella Butler, university librarian, reminds us, “It's essentially a 17th-century e-book reader such as a Kindle.”

The two coats of arms painted on the Jacobean library point to gift giver and recipient. Hakewell's is located on the lowest shelf, though the painter appears to have inverted the colors, while the other is painted just beneath the catalog on the front board, helping us understand that it was intended for a member of the Irish Madden family. So what did Hakewell fill this literary gift basket with? The classics, of course. Ovid, Virgil, and Cicero are some of the authors whose philosophical and theological works found their way into the mix.

And this wasn't the only traveling library Hakewell gifted. In fact, over the course of four or five years, he commissioned three others that still exist in collections at the British Library, the Huntington Library in San Marino, California, and the Toledo Museum of Art in Toledo, Ohio, proving that the gift of reading has long been held in high regard.

This Jacobean traveling library is the 17th-century version of our modern Kindle. 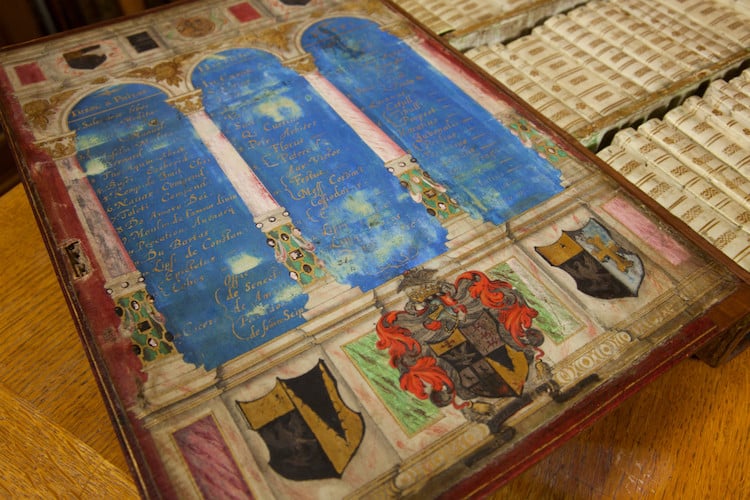 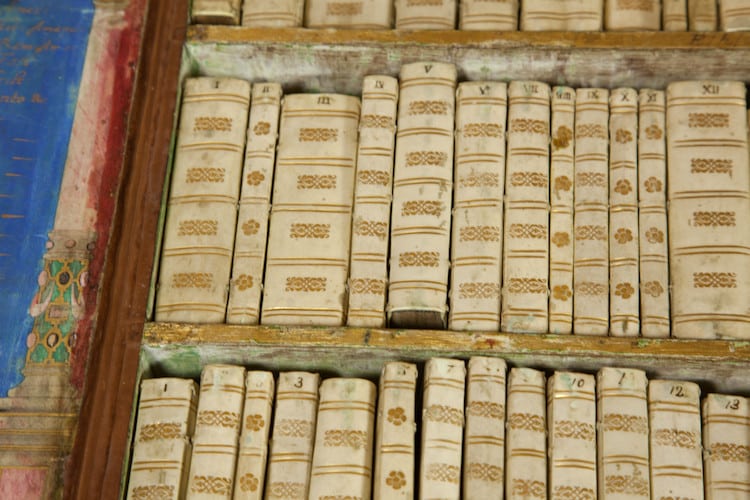 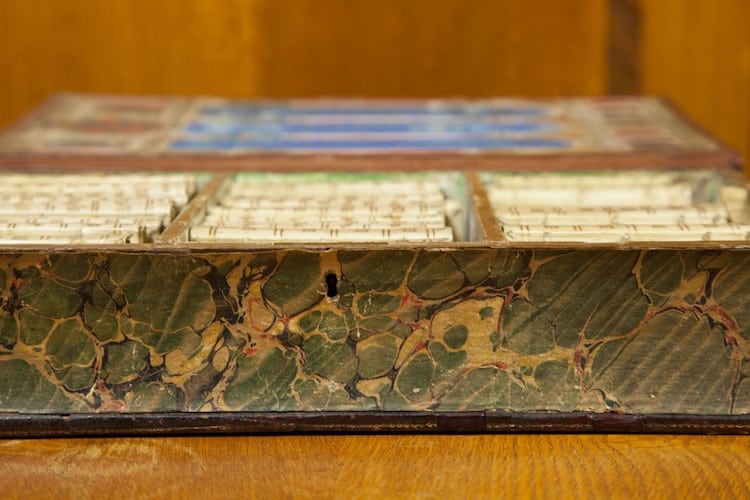 All images via the University of Leeds library.