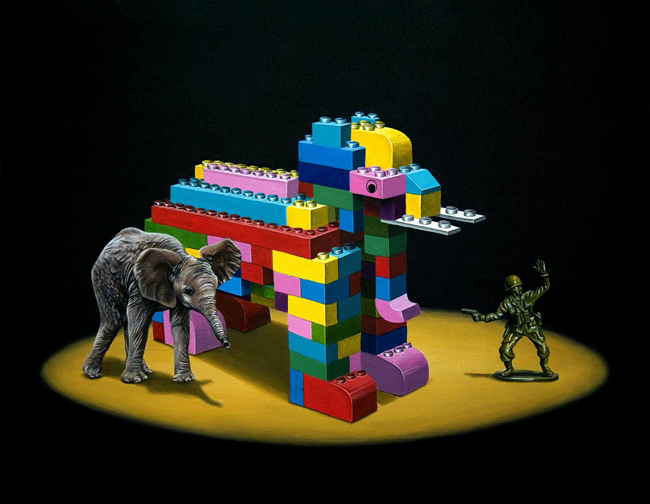 Toronto-based artist Jacub Gagnon is known for his whimsical and clever paintings. His characters are often enveloped in darkness, save for a beam of light that brightly shines upon them. Recently he's painted string that attaches from animals to objects. These strings are meant to make connections and create relationships that would normally not exist.

“My paintings have little do to with physics, but the idea of such an idea was intriguing to me,” he tells us. “The level of detail that is created by nature, the dimension of quarks and electrons within atoms, the thought of everything having a system and connection that ties them together.

“Within the stage that is my canvas, I present animals and objects in bizarre manners, placing them in scenes that oppose practicality. My paintings become a space in which nature becomes unnatural, bordering surreal.”

We caught up with the emerging artist to ask him some questions about his work. Read that interview below after enjoying his beautifully detailed paintings. 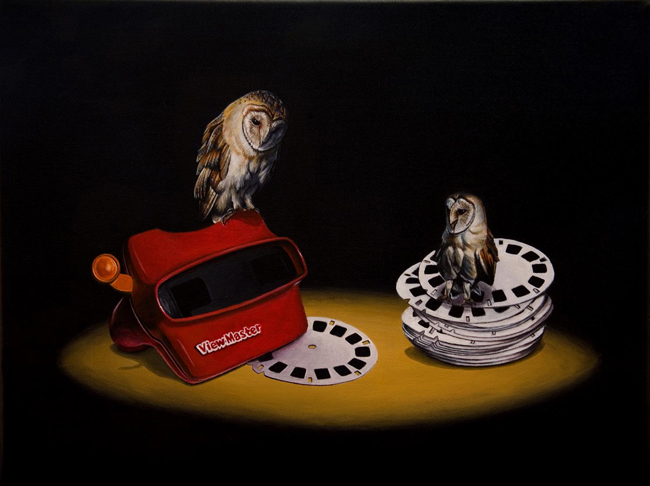 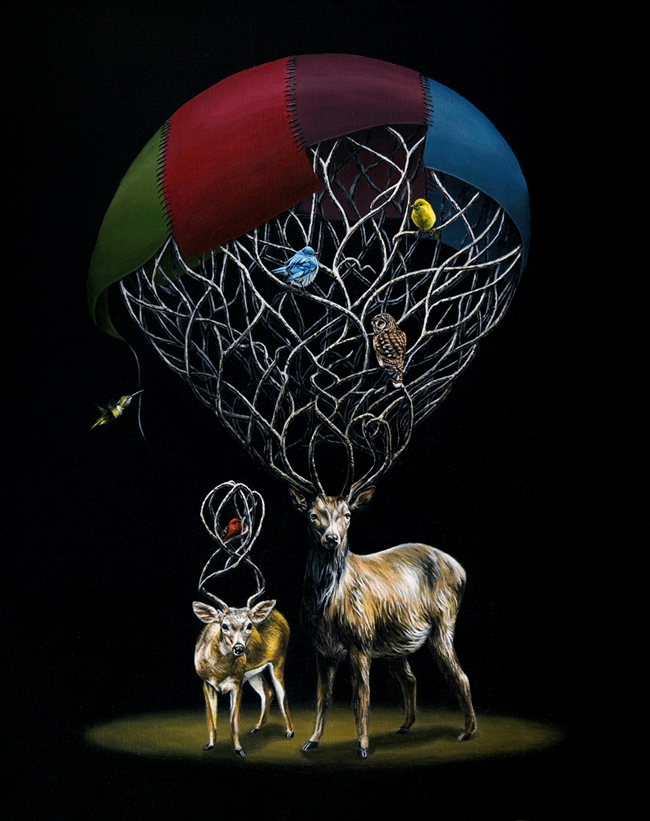 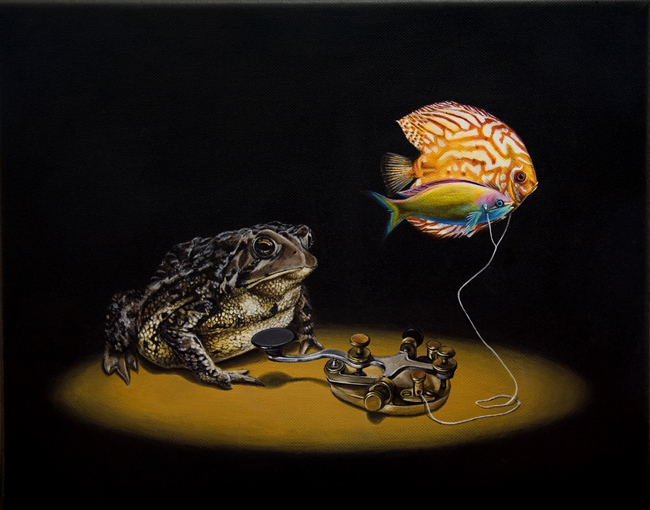 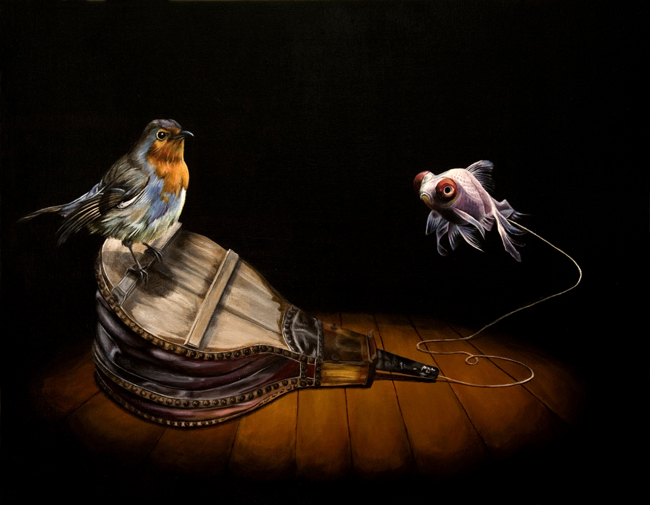 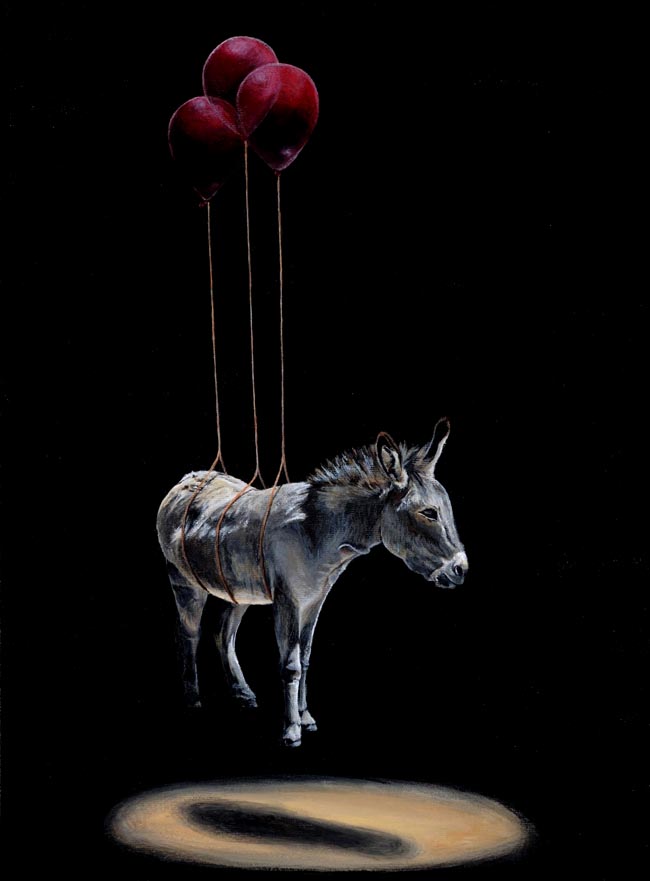 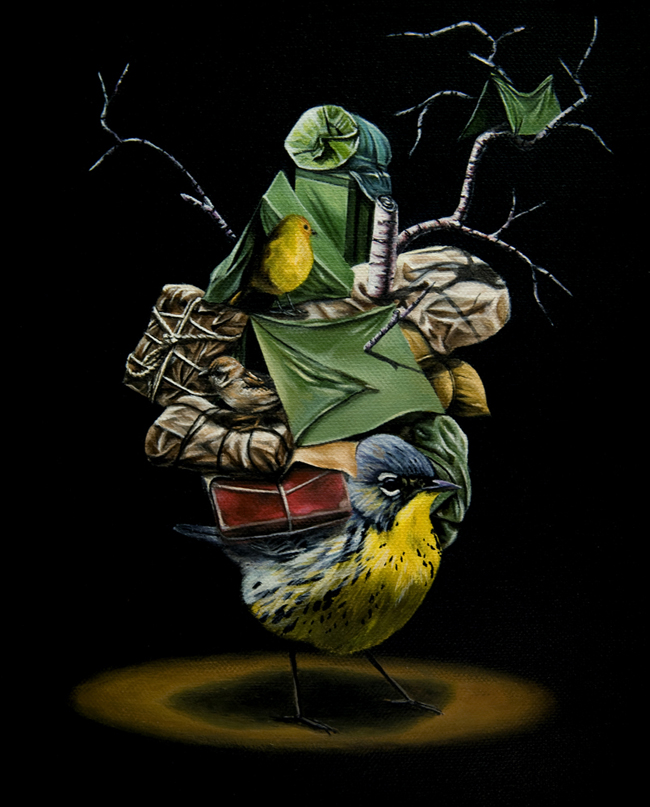 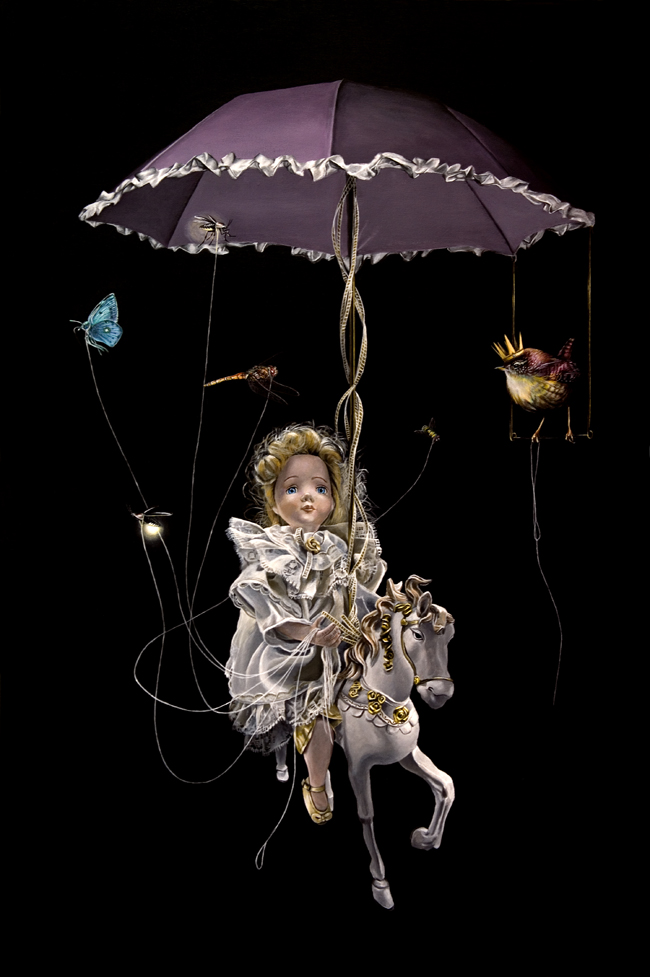 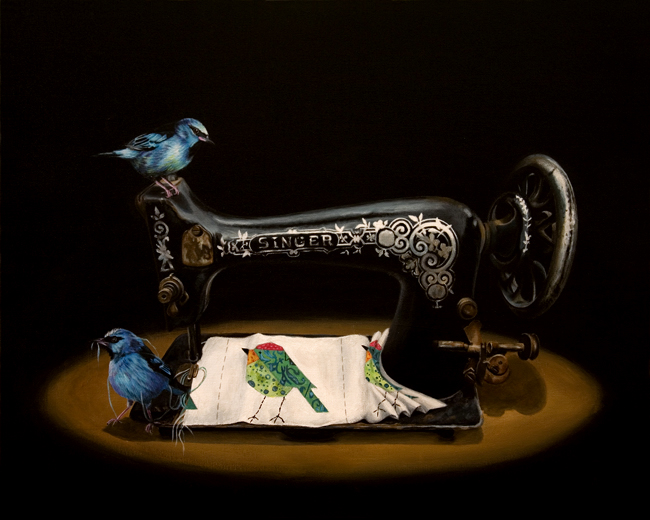 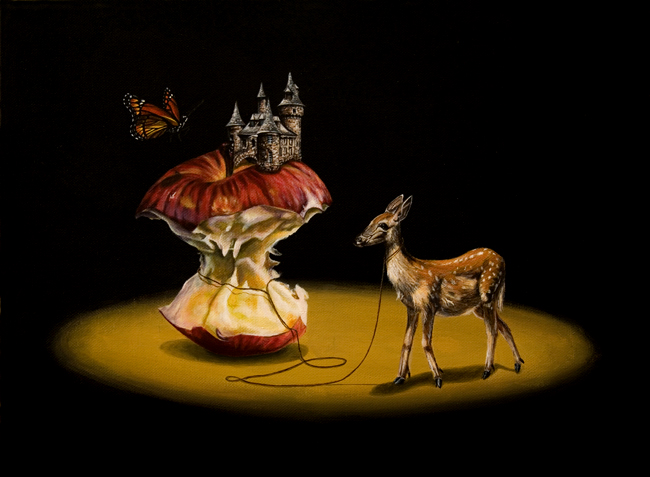 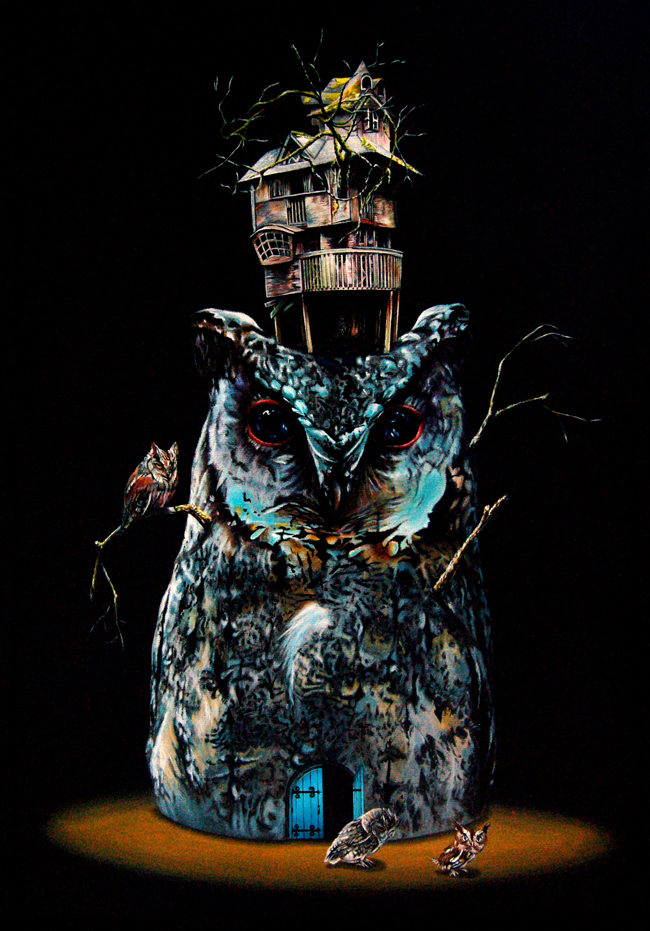 How do you come up with such whimsical combinations of characters?
This is usually the question I am asked the most after someone views my work. I find a lot of my ideas come from word-play. I sit down with my sketchbook and play with words, puns (my favorite), double-ententre meanings, and usually something clicks and gives me an idea. That idea is then followed by a sketch in which I try to create a concept and work out a composition.

Who do you think are the top surreal pop artists of this time?
Tough question! I have been involved in the genre for a very short amount of time and with each day I am introduced to new pop surrealist artists. Greg Simkins I believe is at the top and I think Esao Andrews is not far away either.

Who are some other artists that have influenced your work?
As I said, I am pretty new to the genre. When I first started painting this sort of subject matter 2 years ago, I didn't even know there was a name for it, let alone any of the artists that now dominate the scene. My main influence at the time had really been Salvador Dali and my work at first emulated his, until that is a professor of mine urged me to find my own style. As a person and fellow artist, Sarah Joncas played a big role of influential artists. I had some classes with Sarah and felt a strong connection to her work and the level of detail she was able to achieve. I'm not sure if any other artists have influenced my work, though I find inspiration and motivation from the creations of Esao Andrews, Greg Simkins, and Martin Wittfooth.

What's your favorite piece and why?
My favorite piece would probably be the one I just completed. I find as I'm working on a piece I really get into it and feel/see a positive progressions from where I have come in previous works to my latest one. I feel that this is a personal indicator that I am happy with the direction my work is going as I always want to achieve more with each piece.

Thanks for the interview, Jacub. Love finding the hidden stories in your clever work.