By Alice Yoo on February 23, 2009
Neighbors of “Slumdog Millionaire” child actor Mohammed Azharuddin cheering as they watch the Oscars in Mumbai. 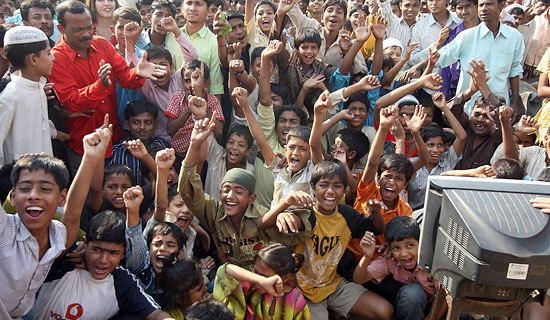 After weeks of controversy, India basked in the glory of Slumdog's eight Oscars, the most of any movie this year, including the top prize of best motion picture. As one news anchor said, “What a day it has been for India!” The feel good movie touched our hearts and we couldn't be more happier for the cast, the crew, and for all those in India who are still celebrating this wonderful news. 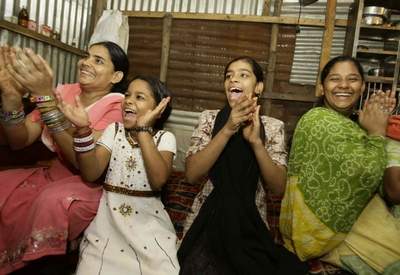 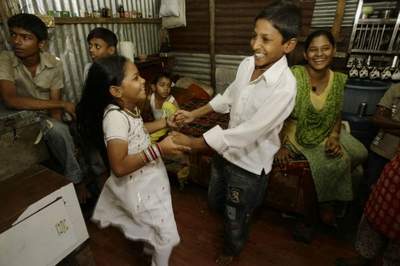 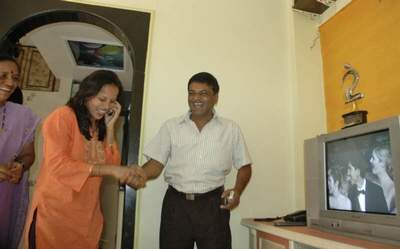 Sayali Khedekar, mother of “Slumdog Millionaire” actor Ayush Khedekar (youngest Jamal), is congratulated by a relative as the film wins an Academy Award, at her home in Mumbai, India. 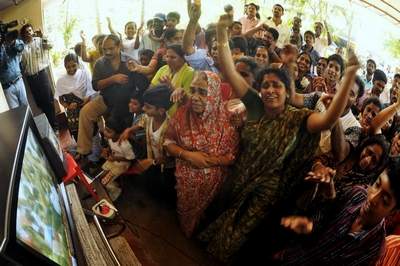 Sister Zeenat, with hands raised, relatives and neighbors of Resul Pookutty (sound mixer) react as they watch the telecast of Oscars at Vilakkupara, about 200 kilometers (124 miles) south of Cochin, India. 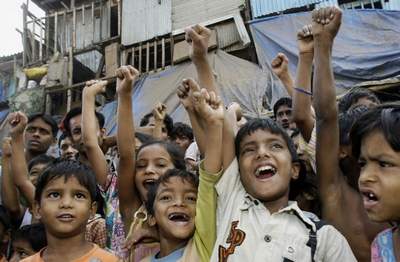 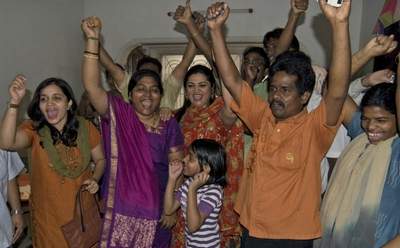 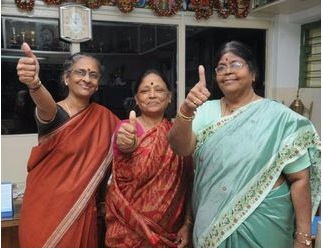