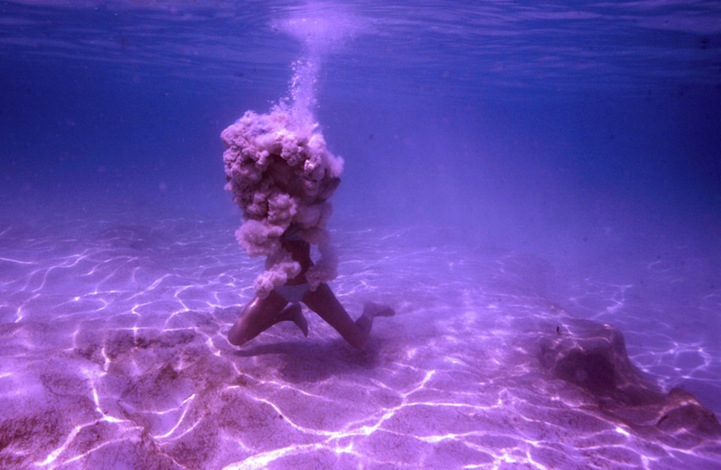 Currently based in Bermuda, James Cooper is an artist who finds intrigue in the world below the surface of the water. He uses all kinds of props, colorful liquids, and people to create these imaginative and mysterious photographs within a tropical surrounding.

The surreal scenes involve figures submerged underwater, surrounded by vibrant clouds of color, tied to small red boxes, donning masks, or experimenting with spray paint cans. The images stem from all kinds of influences. Cooper says, “The picture of the child underwater with seeming-blood coming from his nose actually happened. It was my nephew and we were in Mexico and he had hit his mouth and it was bleeding, nothing too serious, and it was kind of amazing to watch the blood gush into the water, it was beautiful really.” So after helping his nephew recover, he actually recreated the scene.

The movements of the people and props under the water are unpredictable, so Cooper has only a short amount of time to produce these imaginative narratives. He moves quickly to capture these stunning combinations of beautiful forms set among intense palettes of color.

Although some people find his photographs to be strong environmental messages, Cooper says, “I'm not necessarily trying to make a commentary on that, I was much more interested in the visual forms and the interaction between the spray paint and water.” However, he does note that the spray paint photographs were done in a pool so as not to upset the environment. 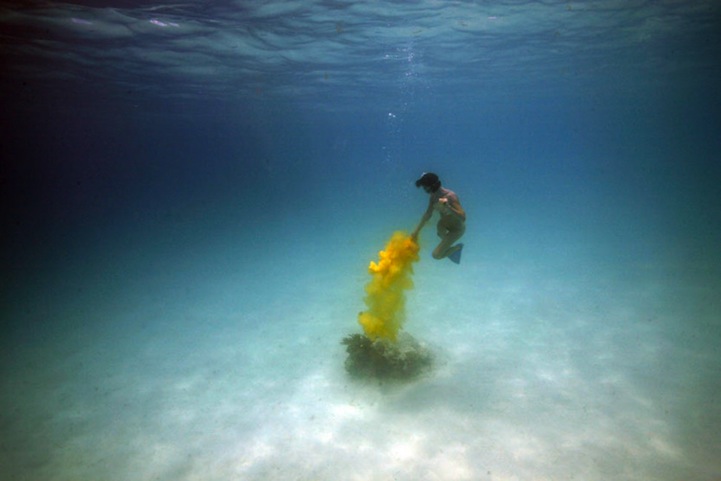 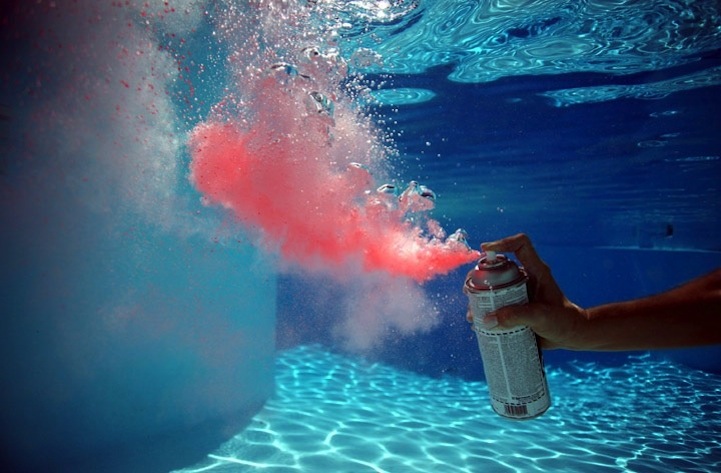 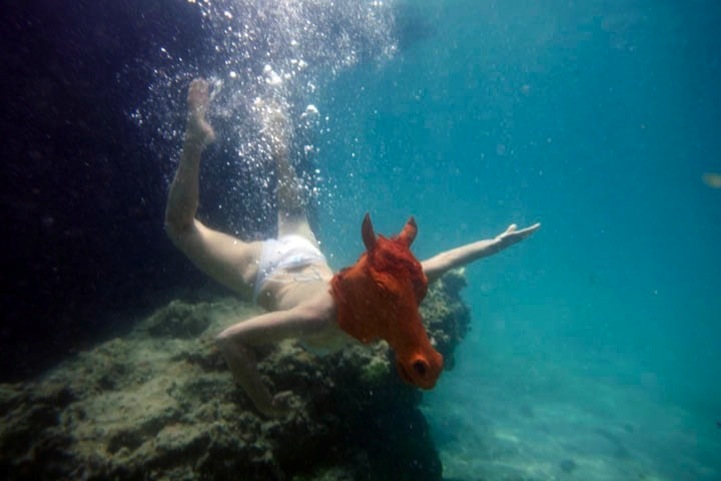 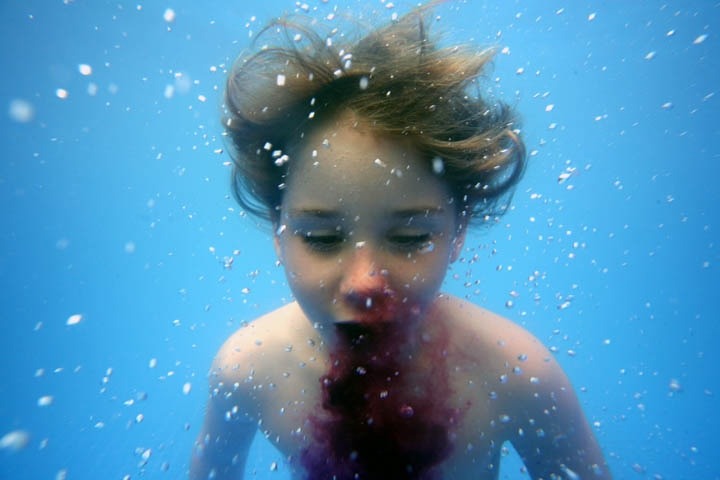 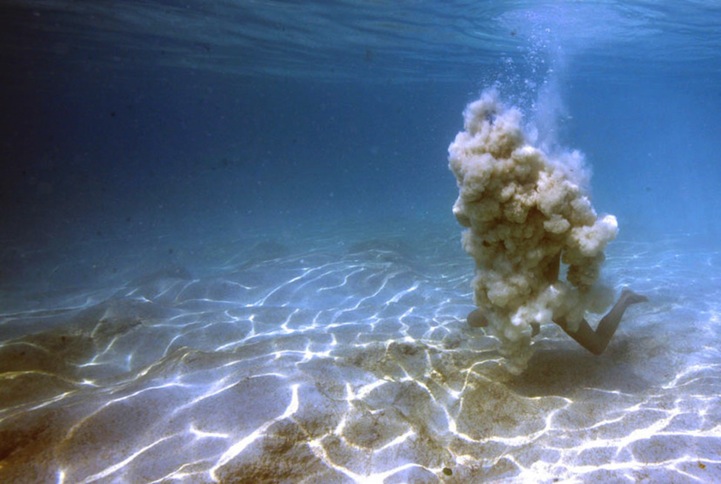 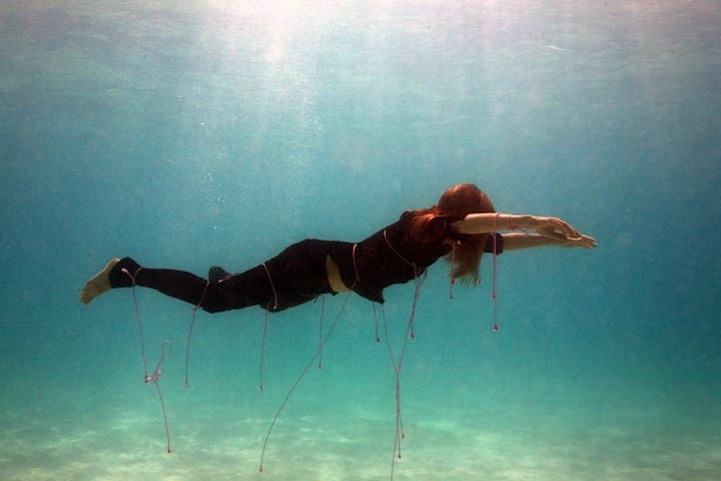 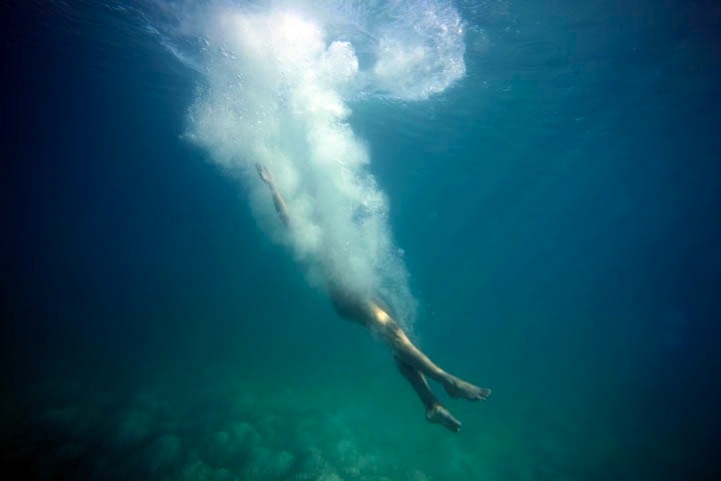 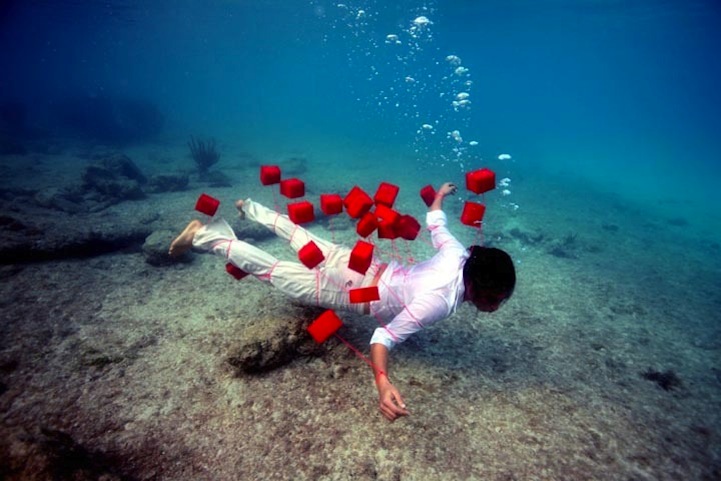 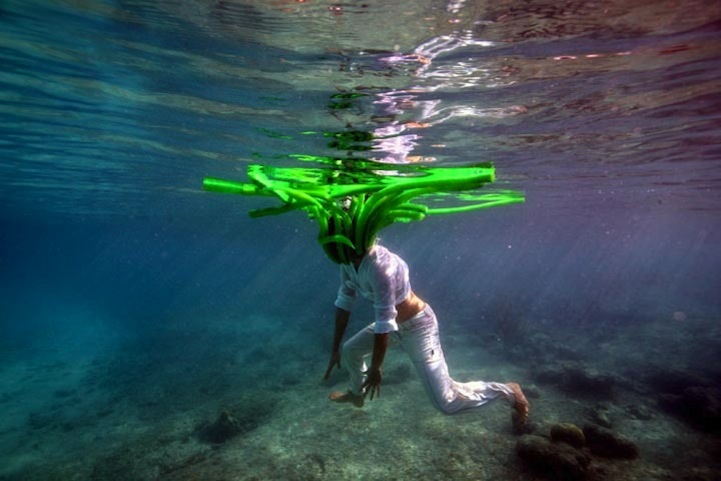 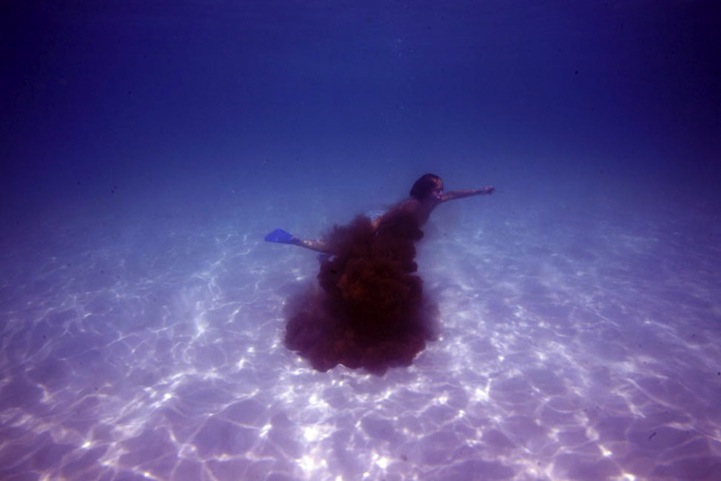 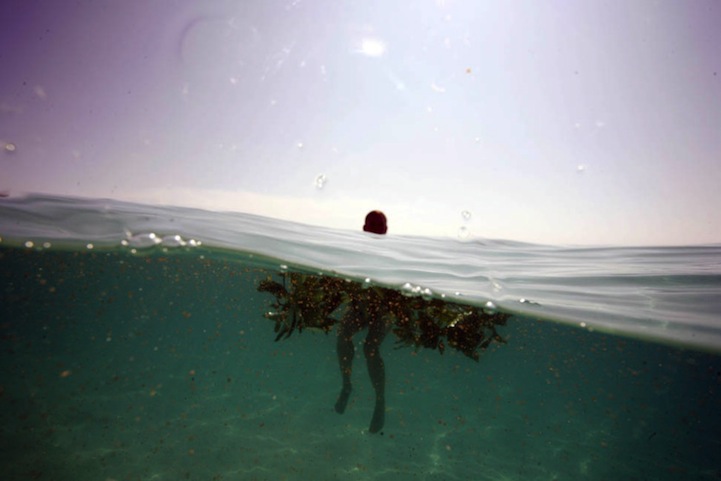 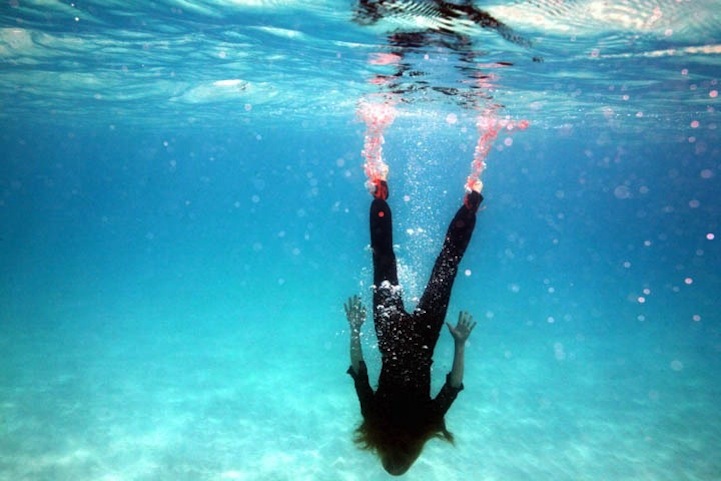