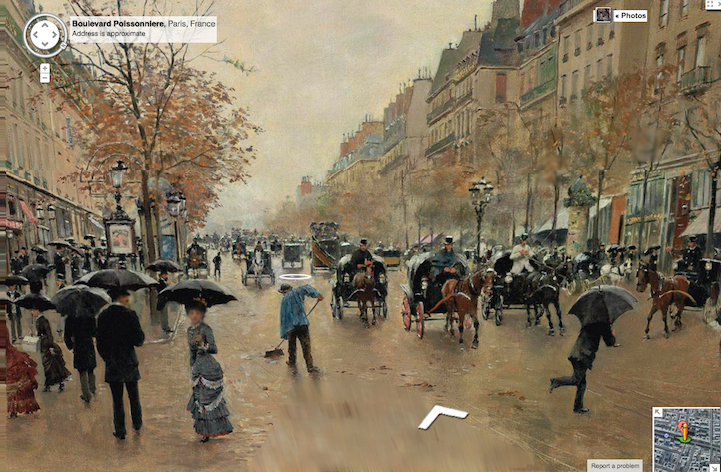 You can spend hours virtually travelling through Google Street View. It's fascinating to get an up-close look at places you'd never see otherwise. If you've ever zoomed in on a city, you'll notice that it offers fantastic details of shops and people on the move. Writer James Lileks took this idea and used it to translate a couple of classic landscape paintings into Street View. He adds the quintessential icons like directional arrows to works by Jean Braud and Aelbert Cuyp.

By taking these traditionally-produced paintings and digitally enhancing them, Lileks changes their context. They are not only works from the past but are places that exist in the present time. Street View symbols mean that they are on a map, and suddenly they're of our world. It's a contemporary way to look an urban center and a rural landscape that are vastly different from the ones we know. 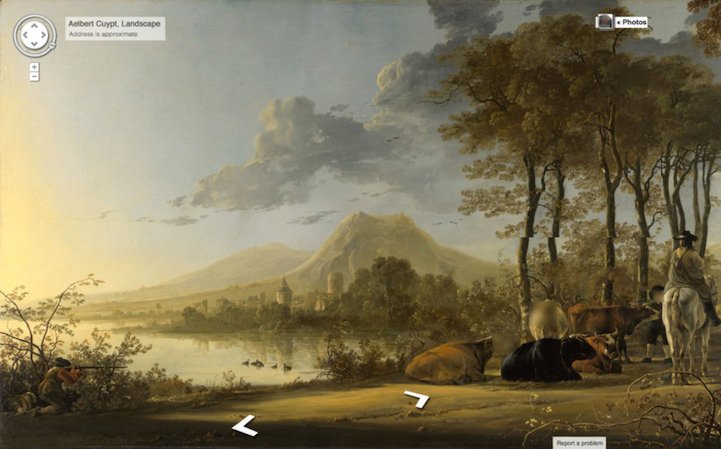 River Landscape with Horseman and Peasants by Aelbert Cuyp (1620-1691).