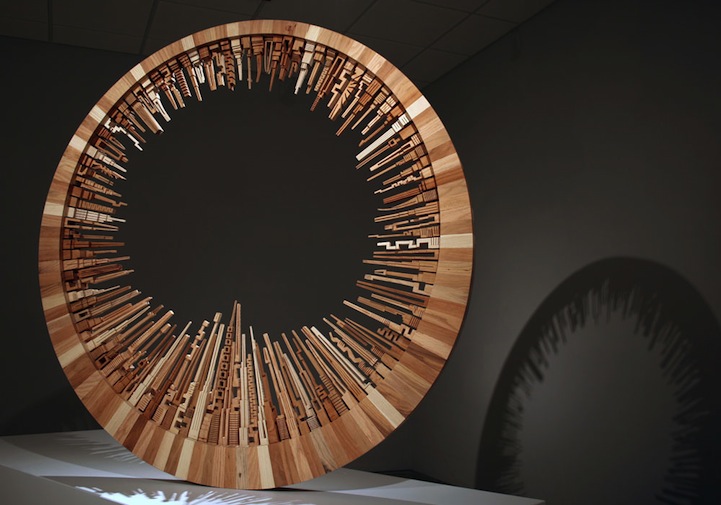 The City Series is a collection of wooden sculptures by designer James McNabb that mimics the skyscrapers that make up the New York City skyline. The Philadelphia-based artist uses a band saw to skillfully “sketch” his model metropolises, carving into separate scraps of wood and assembling them together to represent an eclectic mix of buildings.

Initially, the intent behind the artist's work was far more abstract. After he had created 250 pieces of uniquely carved geometric woodblocks within a 24-hour period, McNabb recognized a similarity between their united assortment and an urban skyline. Since this discovery, the designer has been continually creating a variety of “buildings” to align in new and innovative formations.

McNabb takes the silhouette of modern cityscapes to another level of attraction with his eye-catching compositions. Rather than simply constructing his tiny towers on a flat, gridded plane, the artist has found new and inventive ways to present his miniature cities, including a display within a giant wheel. McNabb is also known to create no two individual pieces that are alike, calling this creative choice “a reference to the idea that cities are the land of endless possibility.”

The skilled craftsman is currently seeking support on See.Me, an online creative community, for a chance to win a number of awards and prizes, including the opportunity to have a billboard displaying his work in Times Square NYC.

Update: James was so overwhelmed with the attention he was getting for his work that he contacted us with the utmost gratitude and with a little update. He tells us, “Because of the amazing feedback I've received, I am officially launching my first Kickstarter campaign to help fund the development of the next pieces in the City Series Collection. I am offering custom collections of unique band saw cut buildings for all my supporters.” Be sure to check out the campaign and the chance to own your own piece of the city! 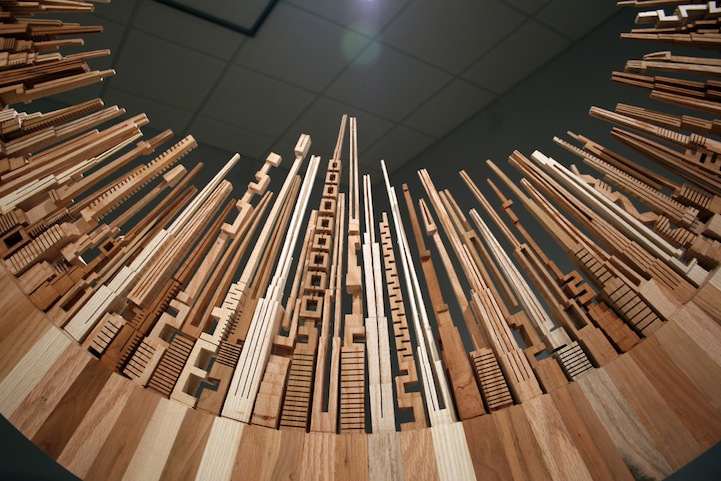 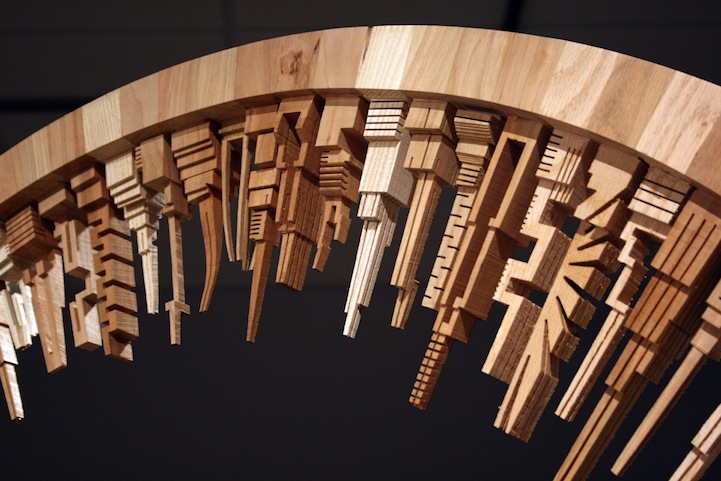 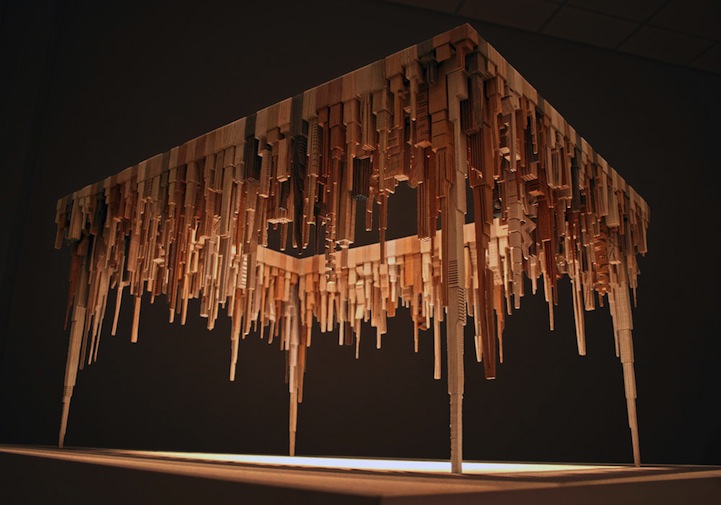 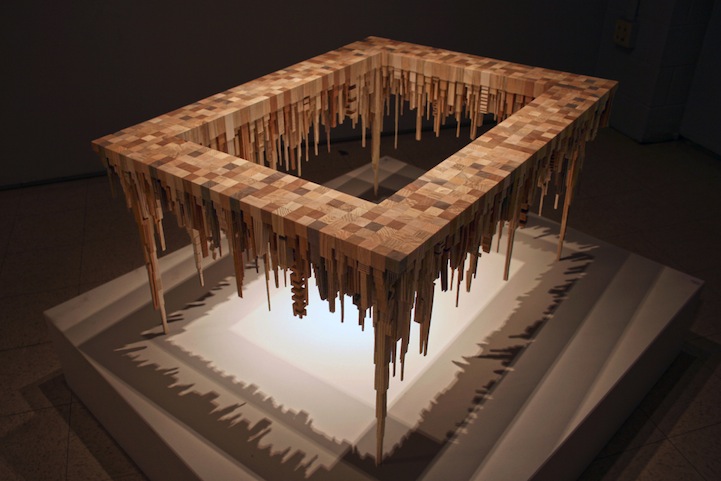 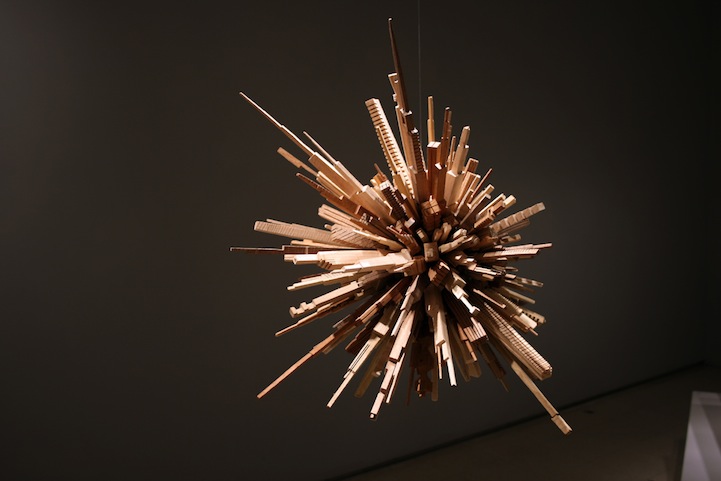 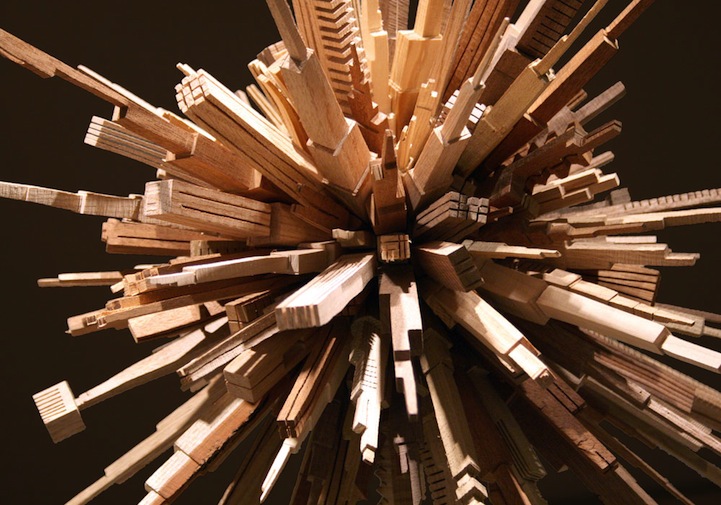 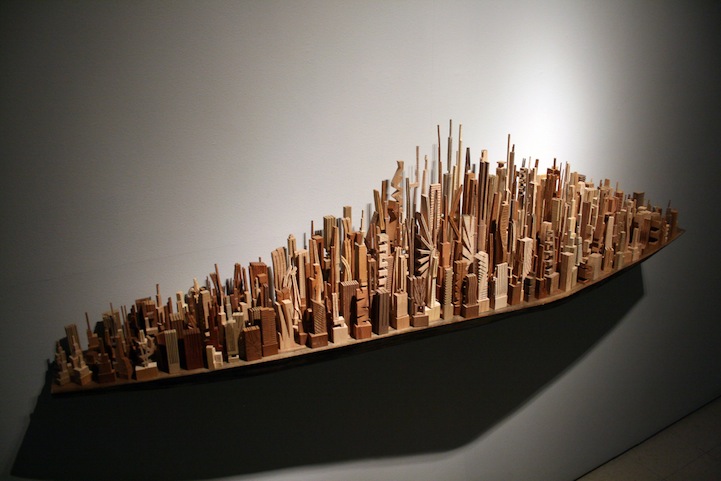 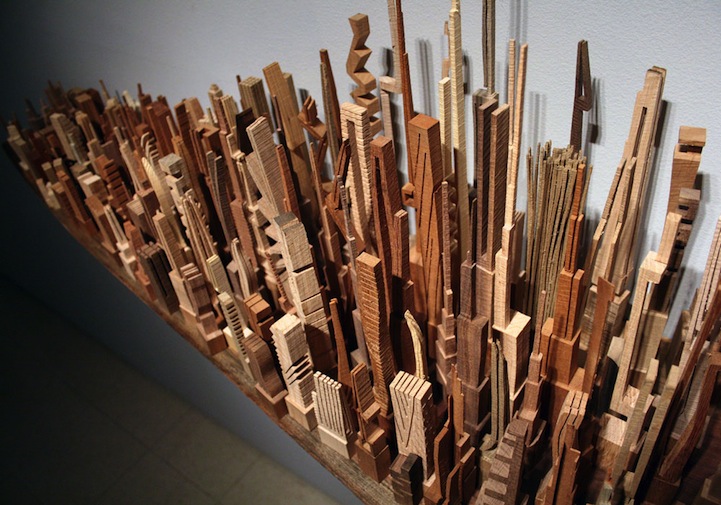 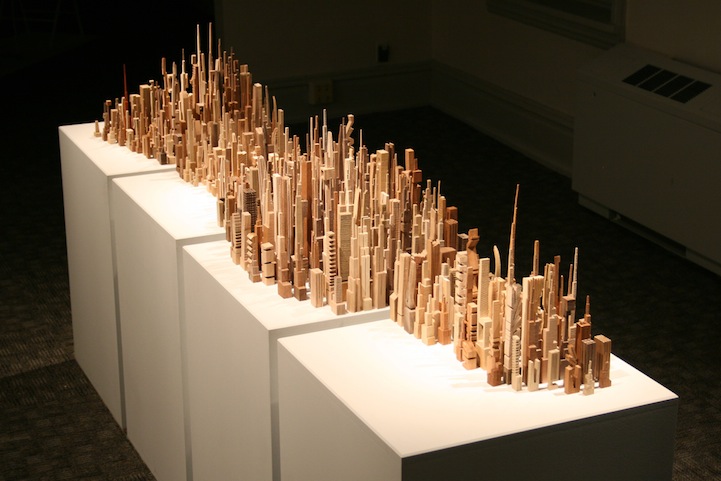 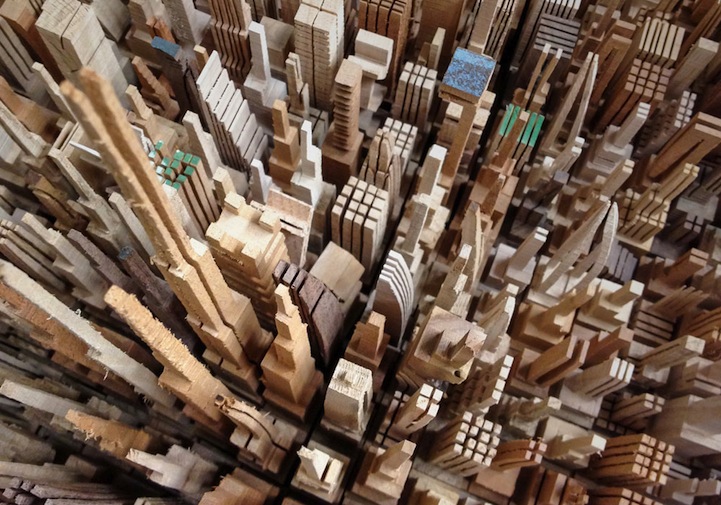 Thanks for contacting us, James, and good luck with the expansion of your series!
James McNabb website
via [Colossal]