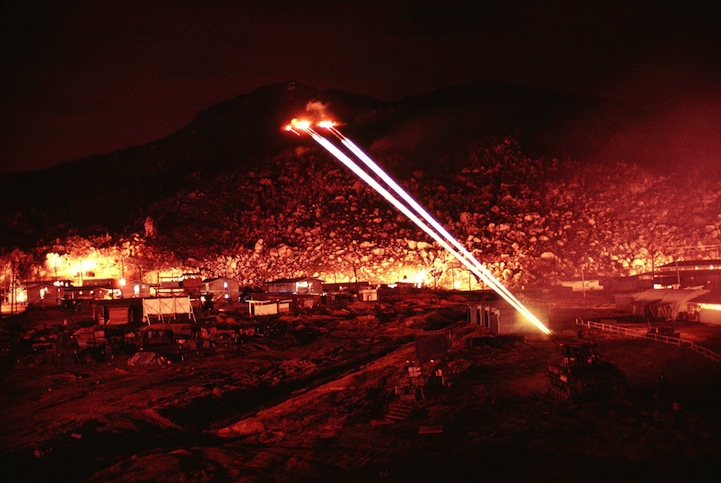 Vietnam War veteran James Speed Hensinger has recently publicly released his incredible photos of US troops unleashing an endless stream of fire on a Viet Cong sniper. In April 1970, at the age of 22, Hensinger was nine months into his tour of duty as a paratrooper with the 173rd Airborne Brigade when an elusive sniper that had invaded the US base in Phu Tai at night was met with brute force in retaliation.

Having held onto these images for over 40 years, Hensinger recalls, “We were pissed off at taking Viet Cong sniper fire from the mountain above us several nights in a row. The guy would stand up from behind a rock and blow off a clip from his AK47 on full-auto. The sniper was shooting at such a high angle that most of his rounds came through the sheet metal roofs of our hooches. We decided to use a ‘heavy' response the next time the sniper hit us.”

It was on this fated night that Hensinger set up his camera (a Nikon FTN) to take long exposure shots that he was able to capture the massive, blind attack seeking to route out the sniper. The resulting images reveal spectacular beams and explosions of light that trace rounds that have been fired from M60 machine guns, 40mm Bofors auto-cannons, and a .50-caliber machine gun. After the massive attack, Hensinger says, “We sent out patrols during the day, and found a blood trail one morning. Otherwise, we never found him.” 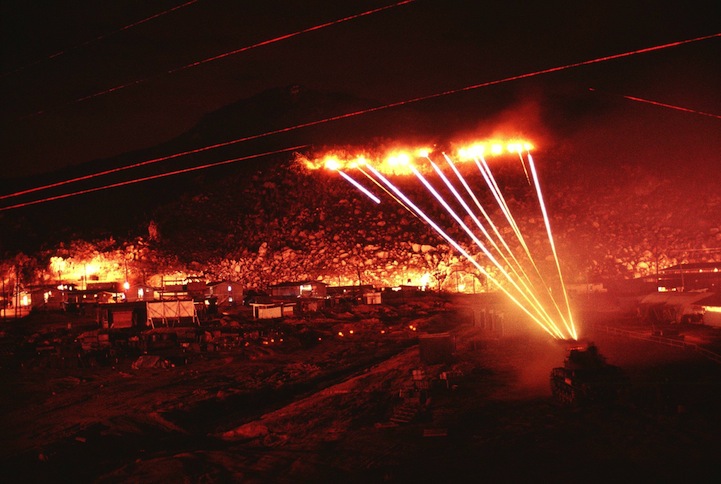 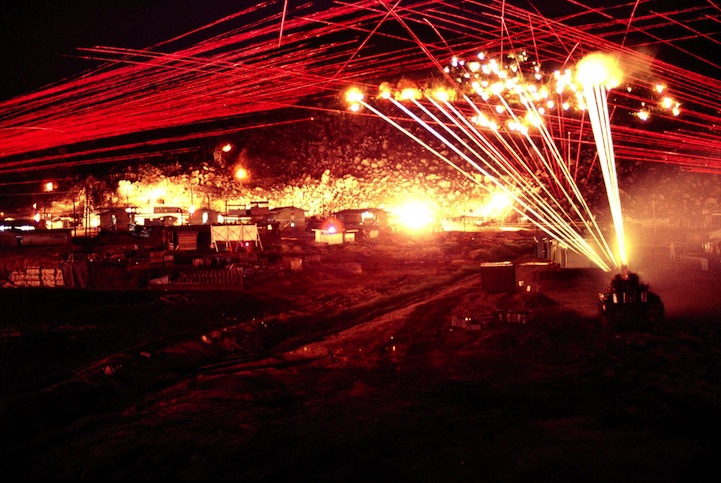 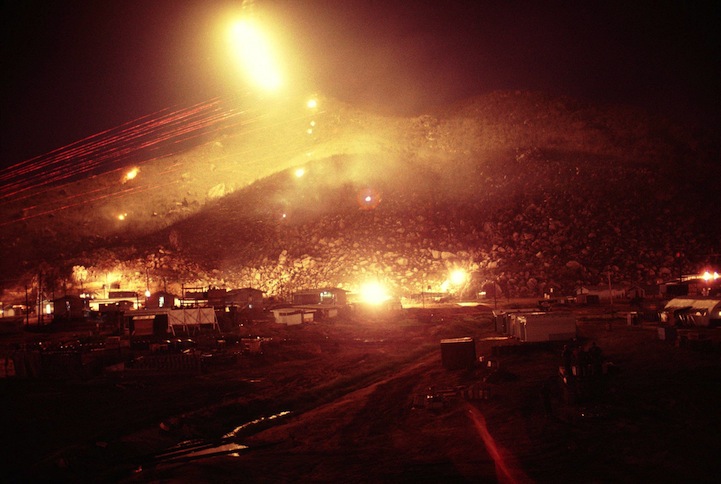 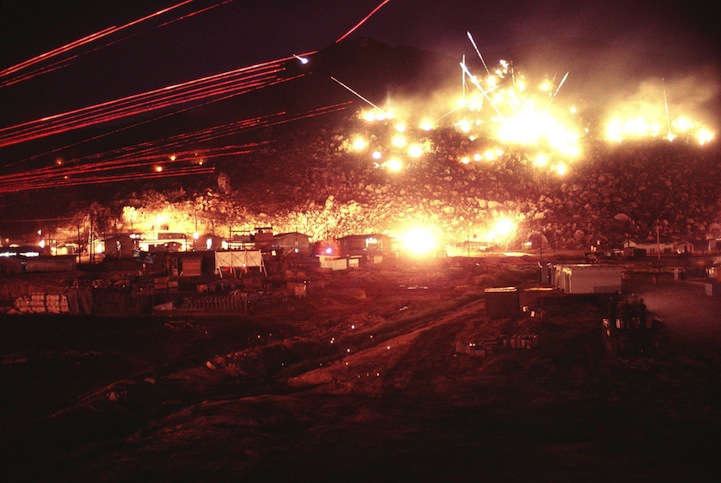 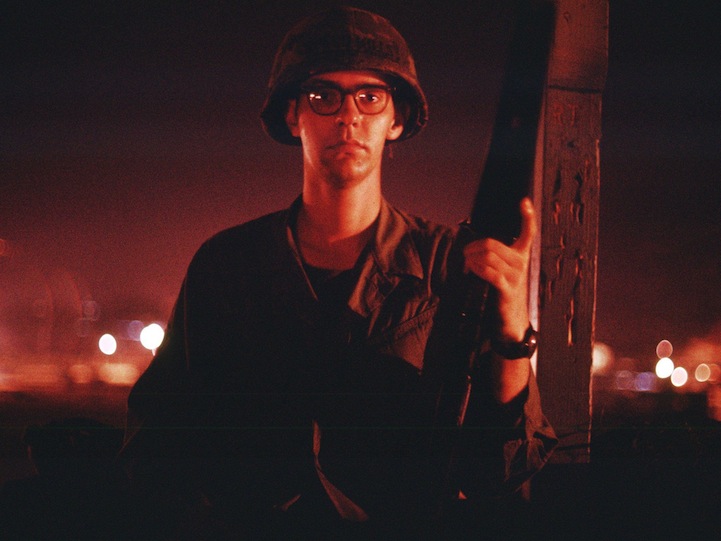