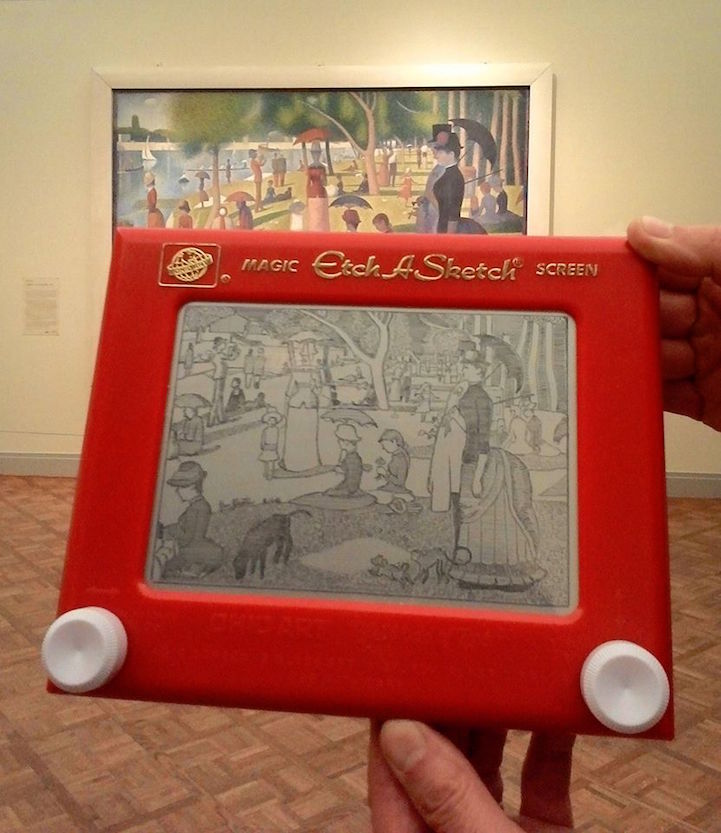 For most of us, the Etch A Sketch is just a toy, but for artist Jane Labowitch, it’s an unconventional canvas and tool for her intricate drawings. Twisting and turning the two plastic knobs, she’s recreated one of history’s most iconic pointillist paintings: Georges Seurat’s 1884 masterpiece, A Sunday on La Grande Jatte. It took Labowitch eight and a half hours to render its likeness—all while she was sitting in front of the original piece at the Art Institute of Chicago. The results are impressive, to say the least. Especially when held up next to Seurat’s painting, it's made abundantly clear that Labowitch has managed to capture the essence of the masterpiece's composition.

Labowitch has been honing her craft for nearly all her life. “I've been pretty consistently using an Etch A Sketch as an artistic medium since I first started playing with the toy when I was 4,” she told Chicagoist. As an adult, she recognizes that patience is the key to creating a detailed piece like this. “It is important to take your time to make sure that you don’t misjudge proportions,” she later explained to Adventures of Yoo. “I spent arguably as much time staring at the painting as I did rendering it on my Etch A Sketch.”

At first, Labowitch had planned on recreating the painting from a digital image, but ultimately decided to skillfully tackle her artistic project in person, over the course of four separate trips. This proved a rewarding experience for her as well as those passing by. “I met people from all over the world who had stories to share about how they had an Etch A Sketch when they were a kid, too.”

Labowitch goes by the name Princess Etch A Sketch, and she sells her handiwork (as both originals and prints) on Etsy. 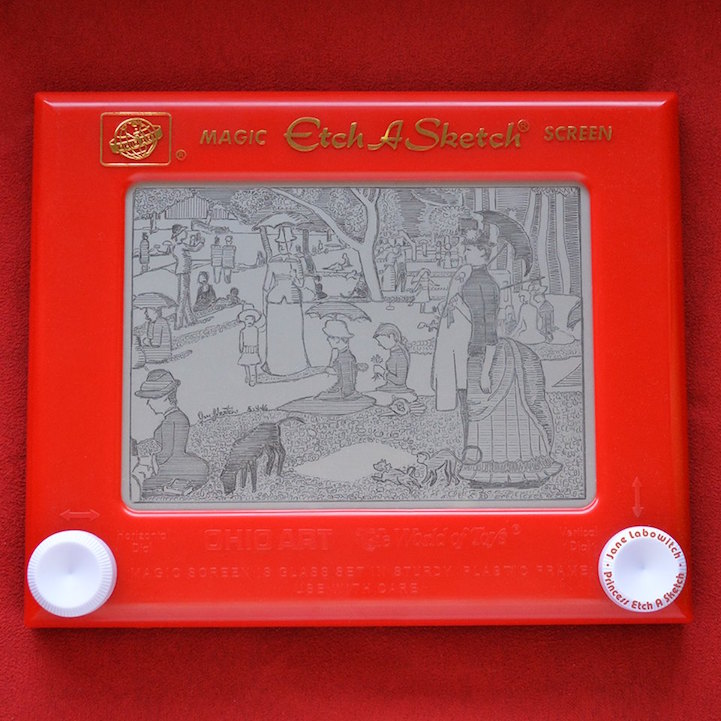 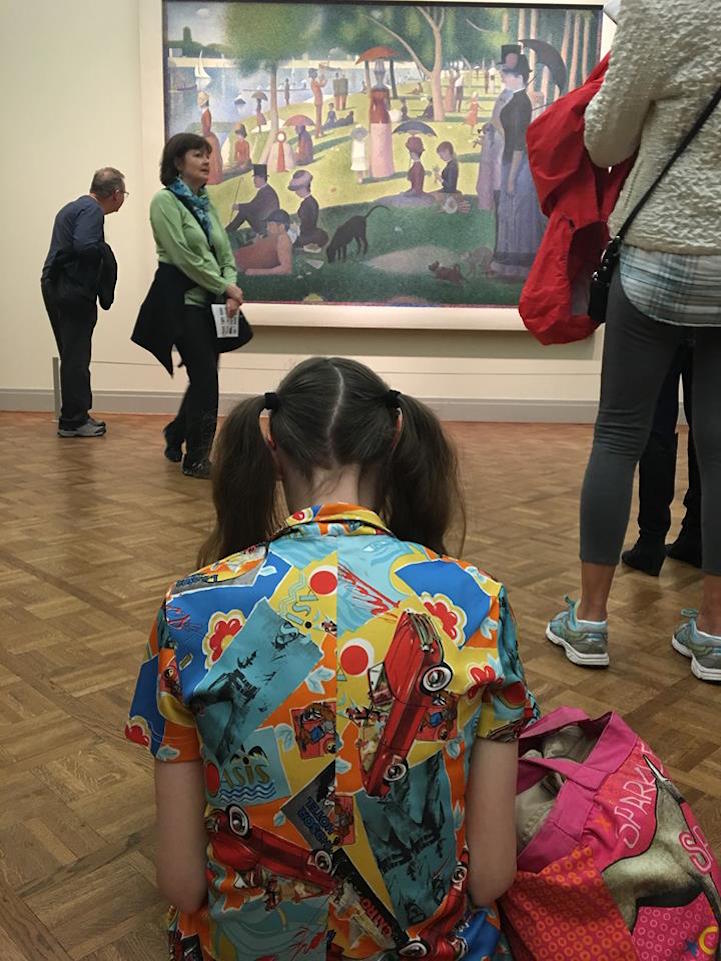 Labowitch during one of her drawing sessions.
Photo credit: Sheila Klingel Laurienti 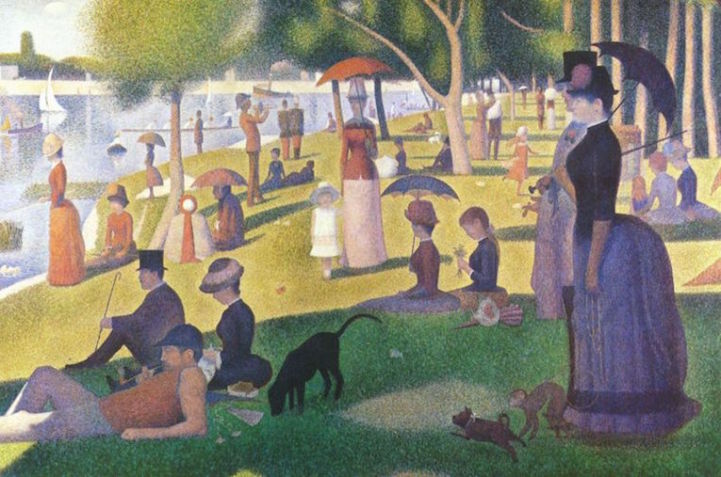 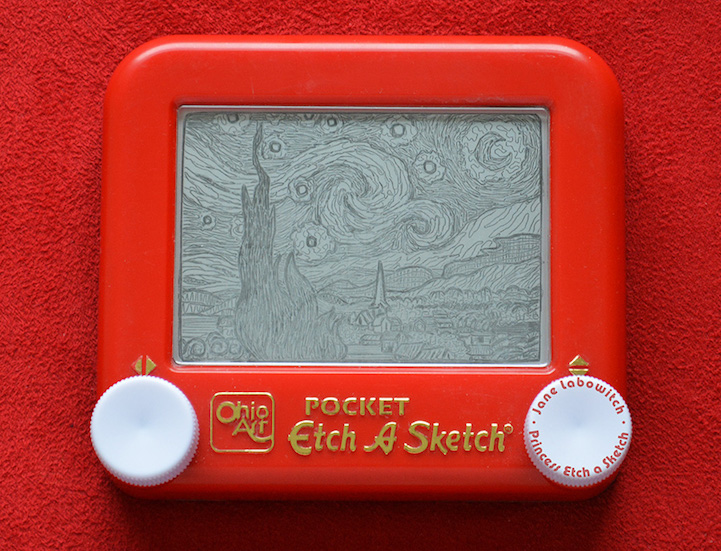