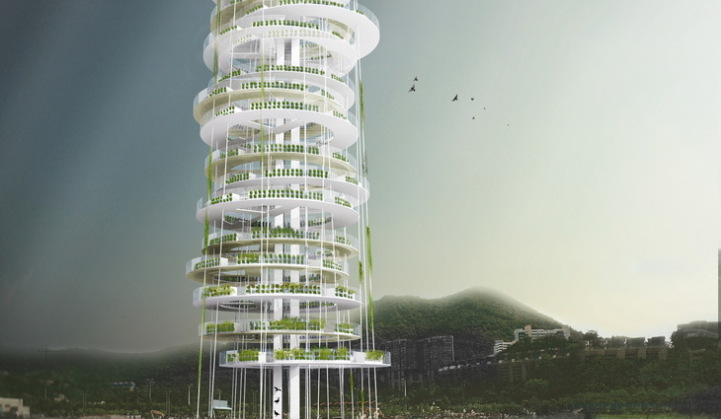 Due to China's rapid urban expansion, its no surprise that much of their usable farmlands are disappearing. While the country has the largest agricultural output and supplies over twenty percent of the worlds population, only ten percent of all the land China owns is arable. This was the main driving force behind Spain-based architectural firm JAPA's latest concept.

Located just outside city lines, Dyn-net or Dynamic Vertical Networks is a series of high-rise towers that supply the food needs of the metropolis. They would be constructed out of lightweight yet high tensile materials with a focus on using as many recyclable resources as possible. Each ring on the skyscraper has the ability to shift and change positions to better suit the plants. The structures use hydroponics to grow produce, using little to no soil at all, and will even be outfitted with labs to better monitor growth and nutritional value of the crops.

The buildings will be open to visitors, allowing them to learn more about local agriculture, while also taking in the 360 degree panoramic views each platform offers. The overall goal of the project is to save land, supply food, and become a biodiversity magnet for travelers from all around the world. 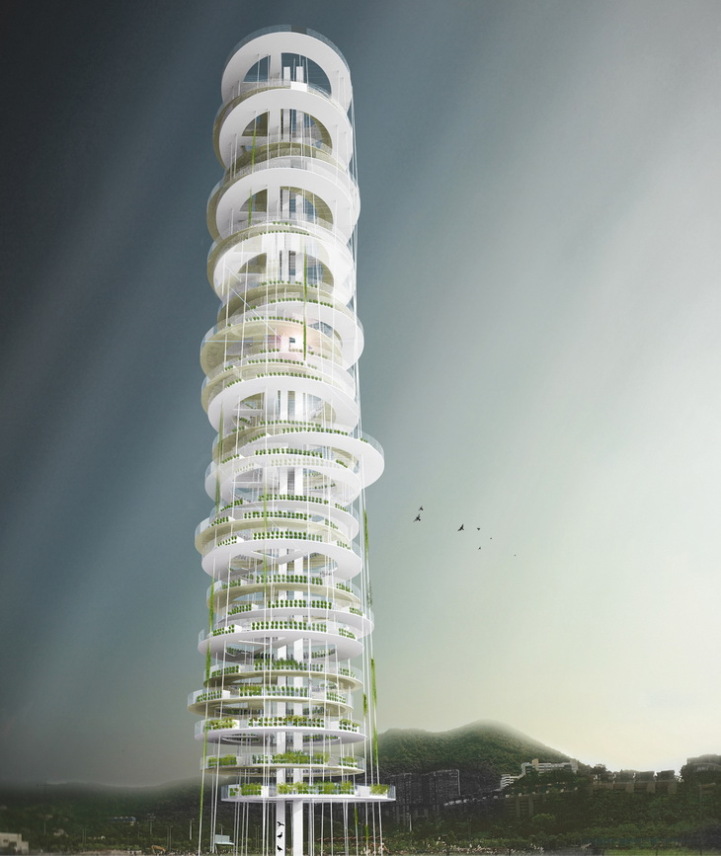 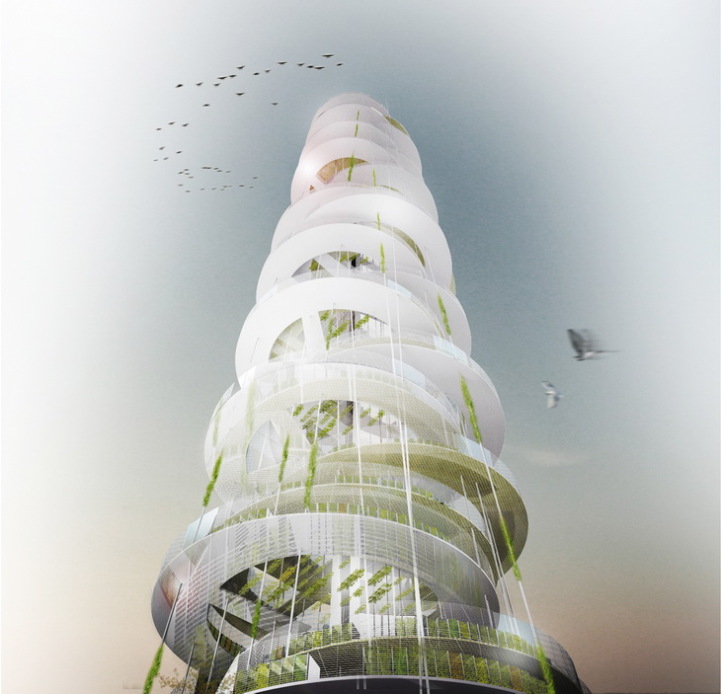 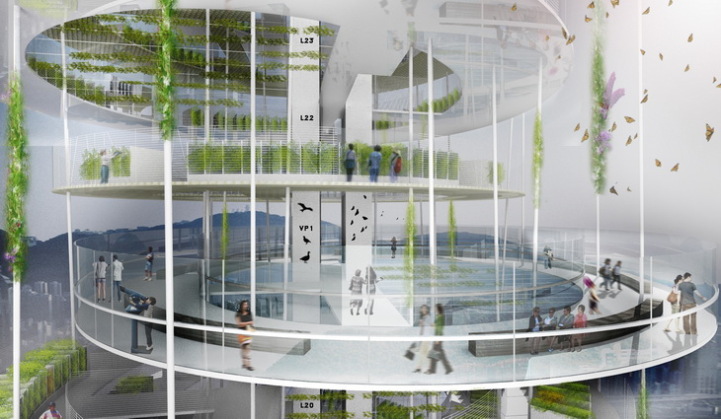 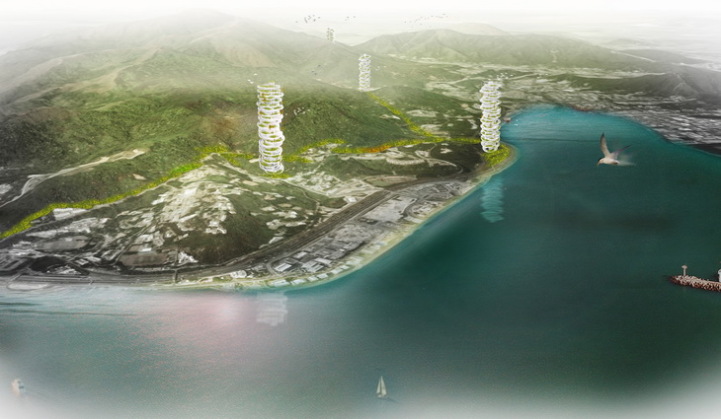