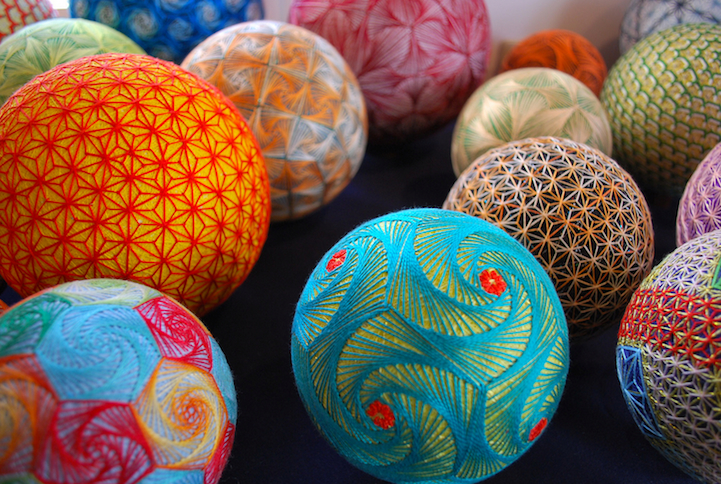 These stunning embroidered balls called “temari” were made by the prodigiously nimble fingers of a 92-year-old grandmother in Japan. Although she only learned this elaborate skill in her sixties, she has since created nearly 500 unique designs that have been photographed by her granddaughter NanaAkua. Impressive does not even begin to describe this feat of dexterity, imagination and keen eyesight. The difficult process of becoming a recognized temari craftsman in Japan is tedious and requires specific training and testing. She now volunteers every week teaching others how to make their own temari.

Temari, meaning “hand ball” in Japanese, are embroidered toy balls fashioned from the silk scraps of old kimonos. This traditional folk art originated in China and made its way to Japan some time in the 7th century. The stitching, which was originally for function alone, became increasingly intricate until temari transcended the role of plaything and developed into a veritable art form. Japanese aristocratic women even participated in temari embroidering competitions.

In Japan, the temari were highly regarded gifts given to children by their parents on New Year's Day. These treasured toys were symbolic of a wish for the recipient to have good fortune and a happy life, as well as promising heartfelt friendship and loyalty. Sometimes the maker would cocoon a noisemaker such as a bell or few grains of rice for added fun, while more traditionally a secret wish of goodwill hand-written on a small piece of paper would be folded into the center. 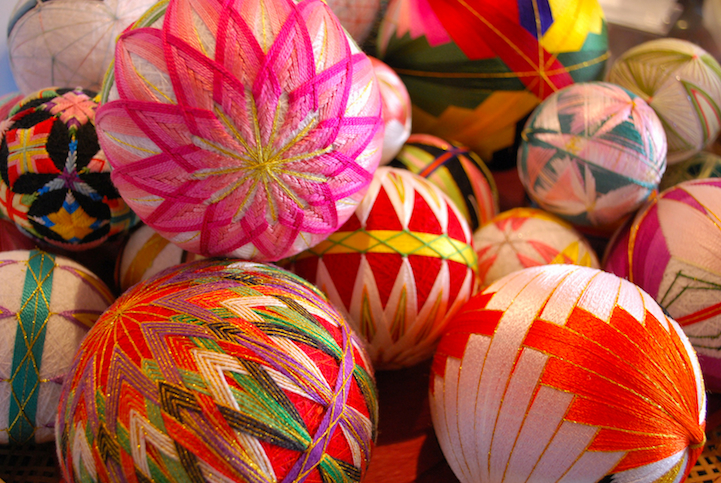 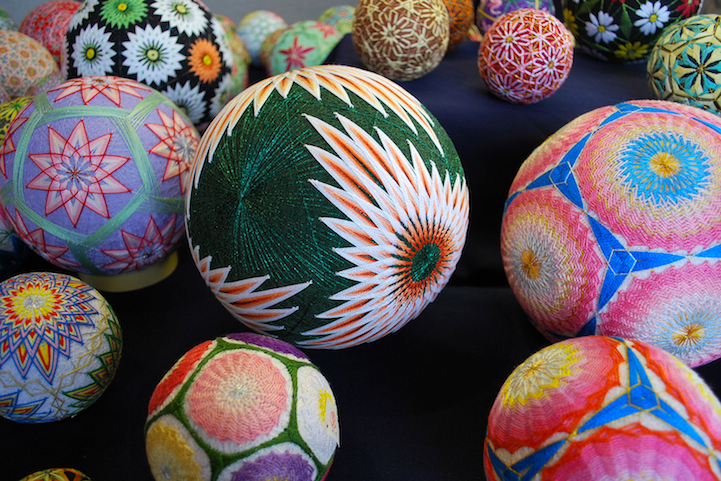 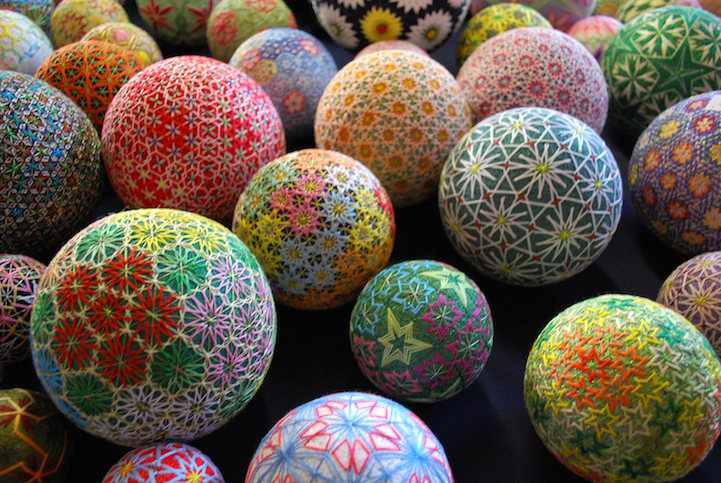 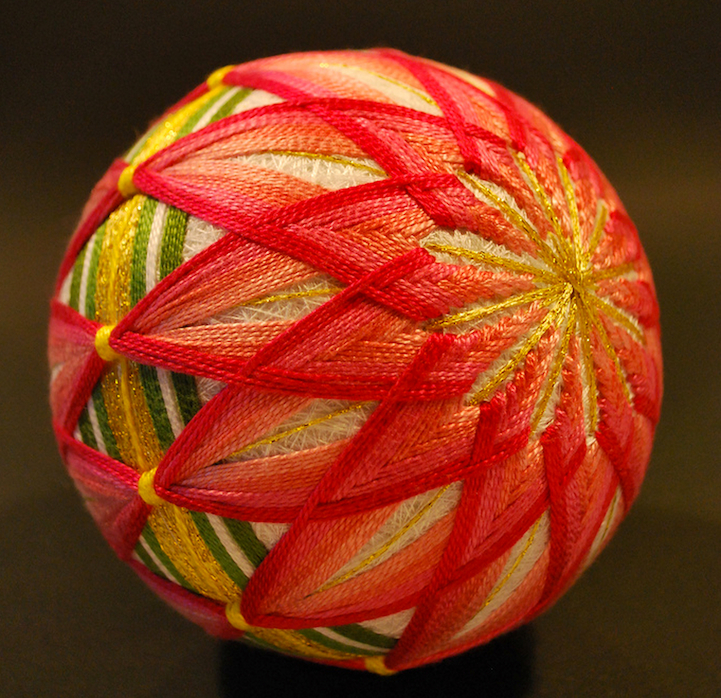 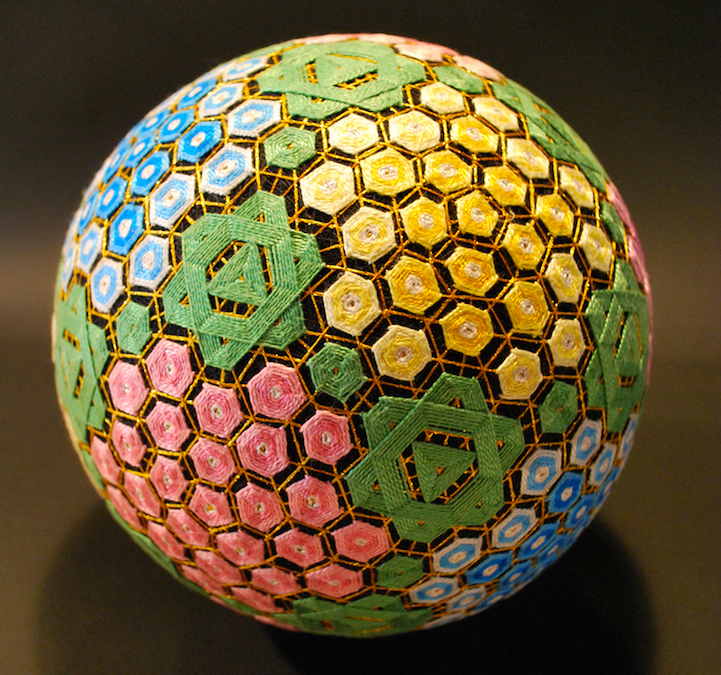 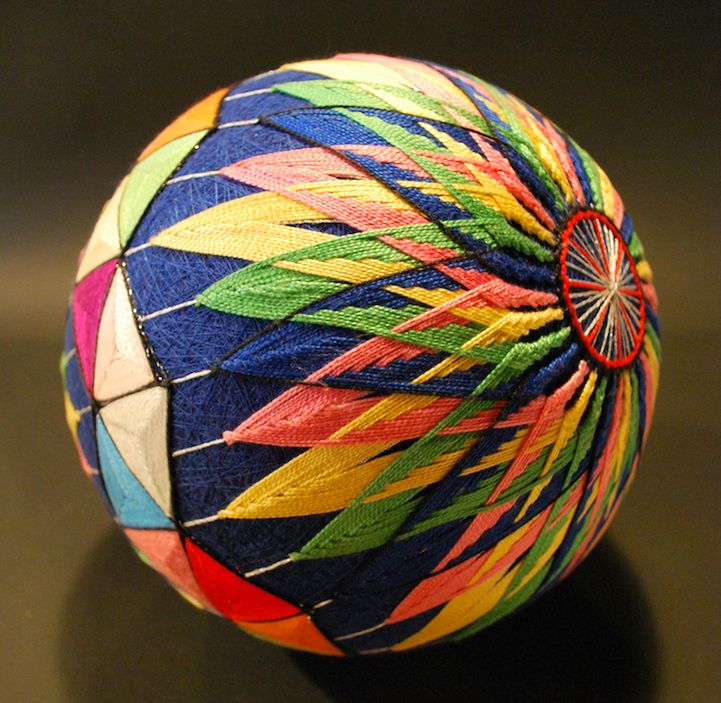 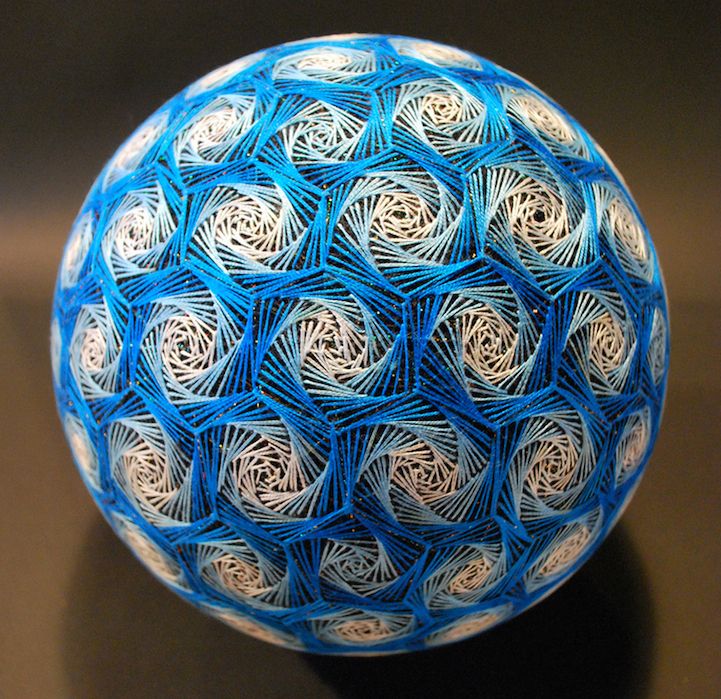 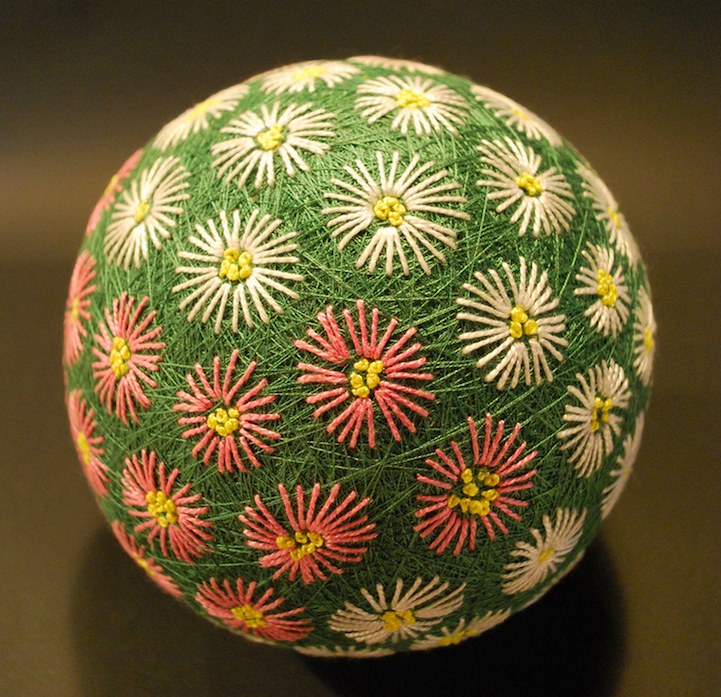 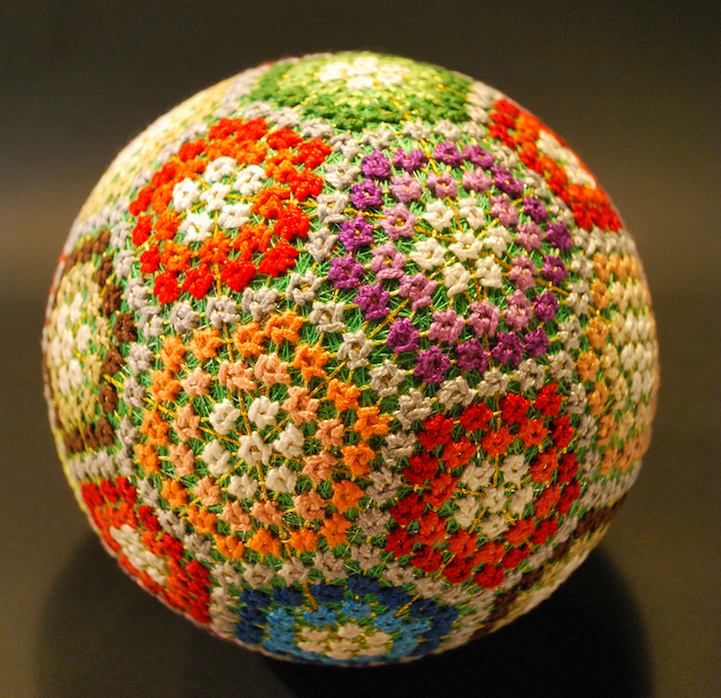 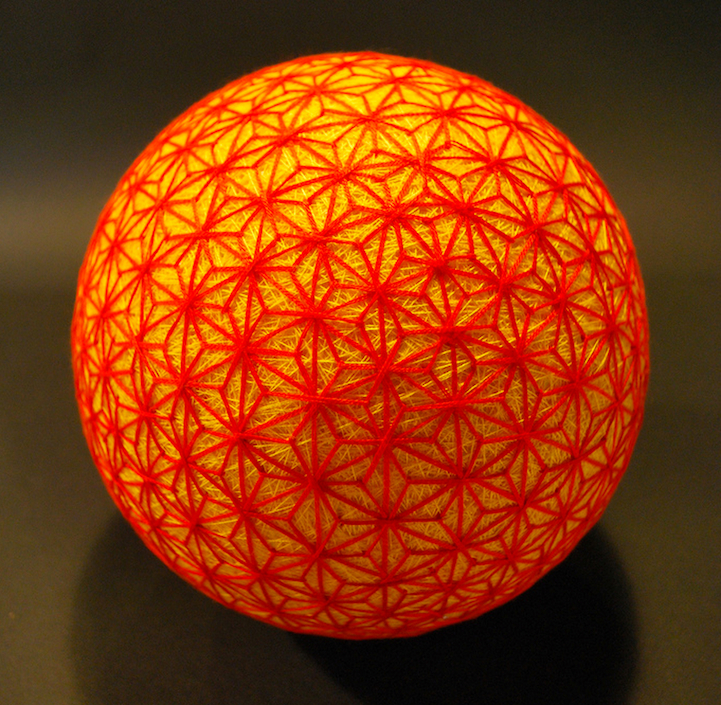 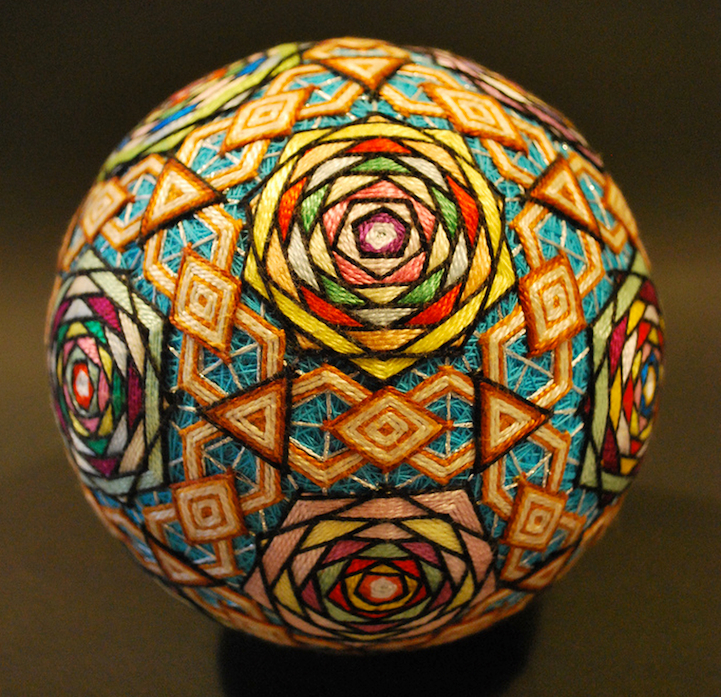