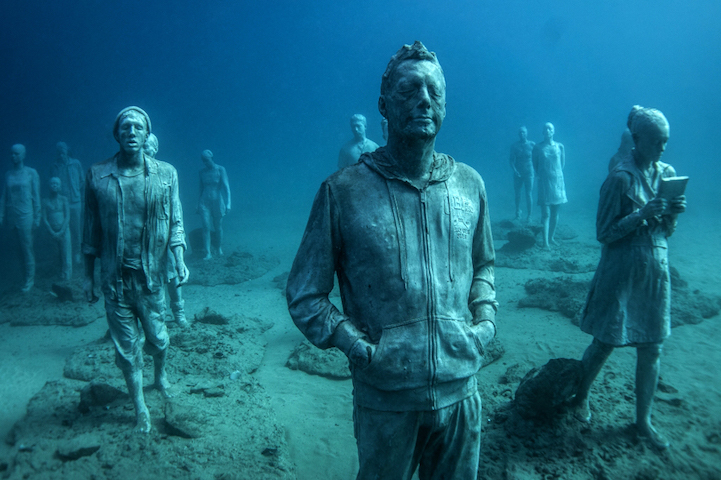 Fourteen meters beneath the Atlantic Ocean sits the Museo Atlantico, the first underwater contemporary art museum in Europe. Artist Jason deCaires Taylor has created a series of sculptural installations that inhabit the ocean floor. Known for his issue-driven work, this new large-scale project speaks to the current worldwide refugee dilemma.

The Museo Atlantico comprises two separate, hyperrealistic installations that appear like they're frozen in time. In one piece called The Rubicon, an assembly of 35 people are walking towards a gate. These figures span the seabed past the point of no return, looking oblivious–some stare down at their devices–as they step towards the great unknown.

DeClaires' second installation, titled The Raft of Lampedusa, represents the ongoing Syrian humanitarian crisis. It's a poignant depiction, as desperate figures wait in a boat for treatment and aid. “The work is not intended as a tribute or memorial to the many lives lost,” deClaires explains, “but as a stark reminder of the collective responsibility of our now global community.” He draws from art history as a basis for this work, referencing the French painter Thodore Gricault's piece The Raft of the Medusa, in which sailors are stranded in a shipwreck scene.

The Museo Atlantico is located off the coast of the Lanzarote Island. On February 25, it will be open to snorkelers and divers. 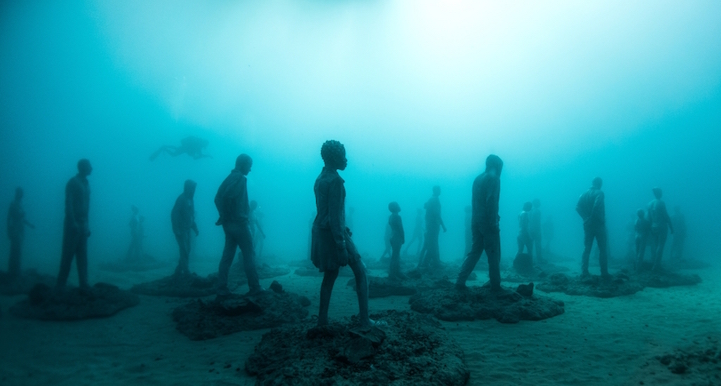 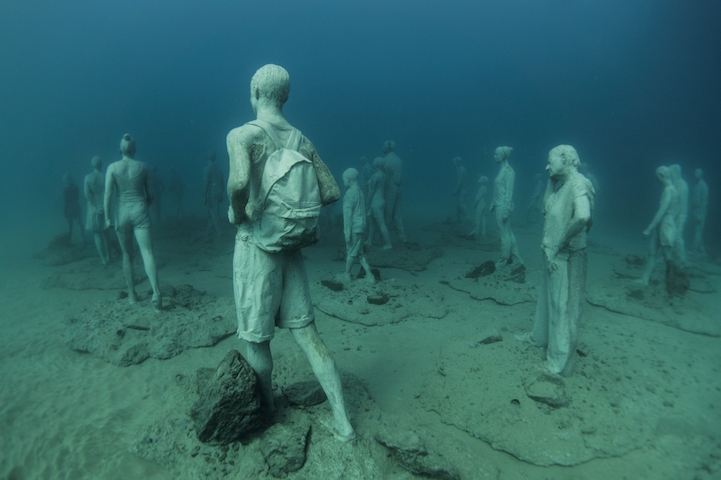 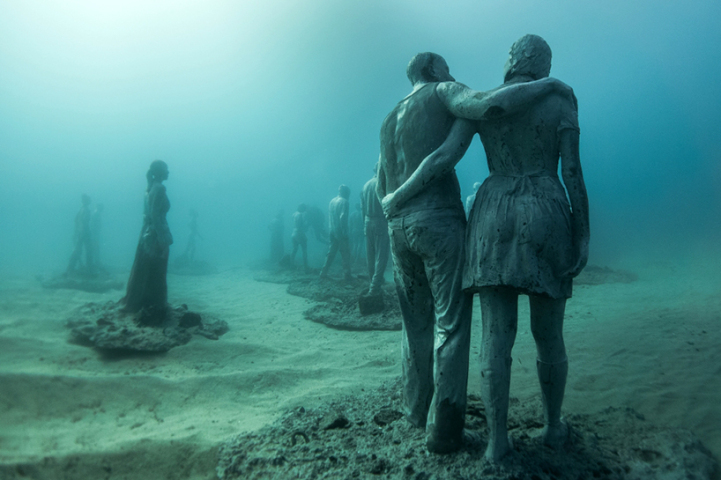 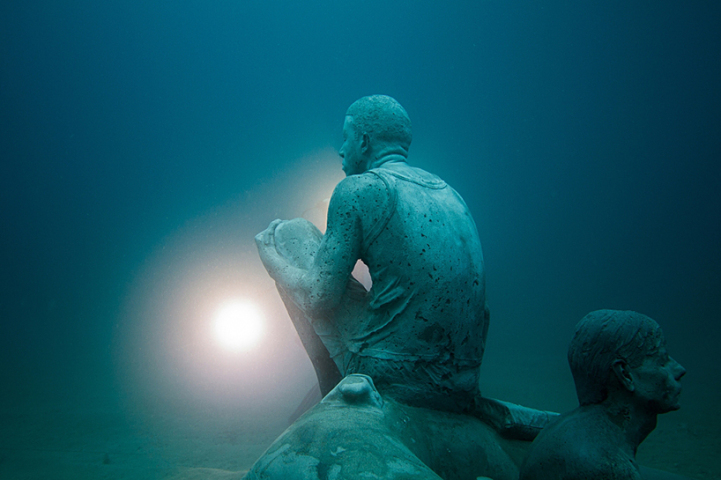 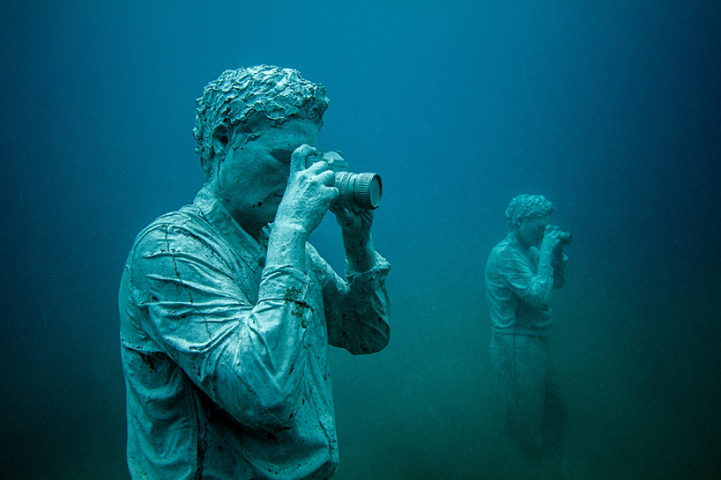 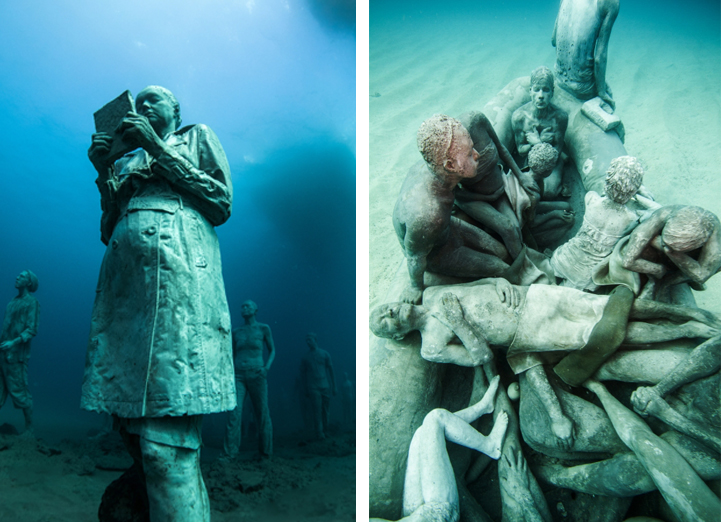 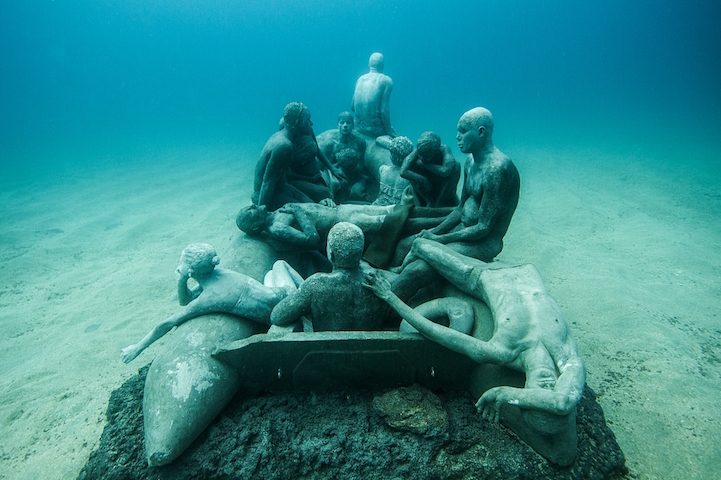 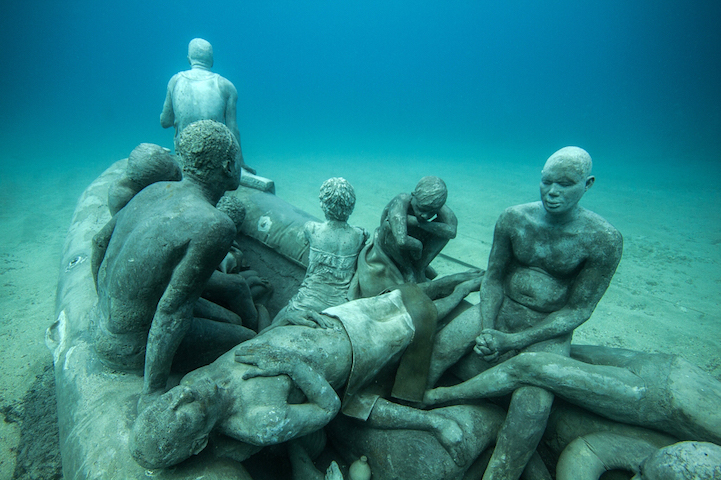 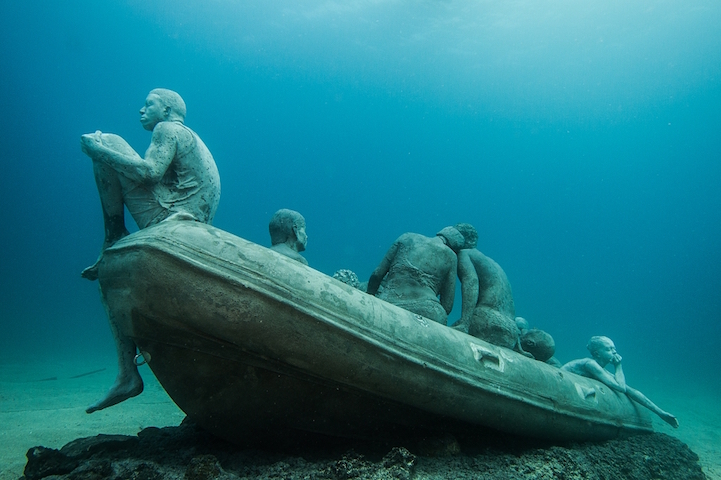 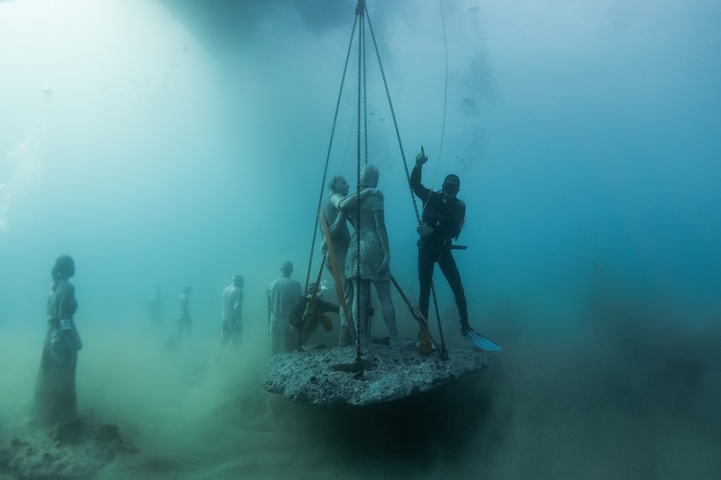