Superhero Portraits Made of Mosaics by Jason Dussault 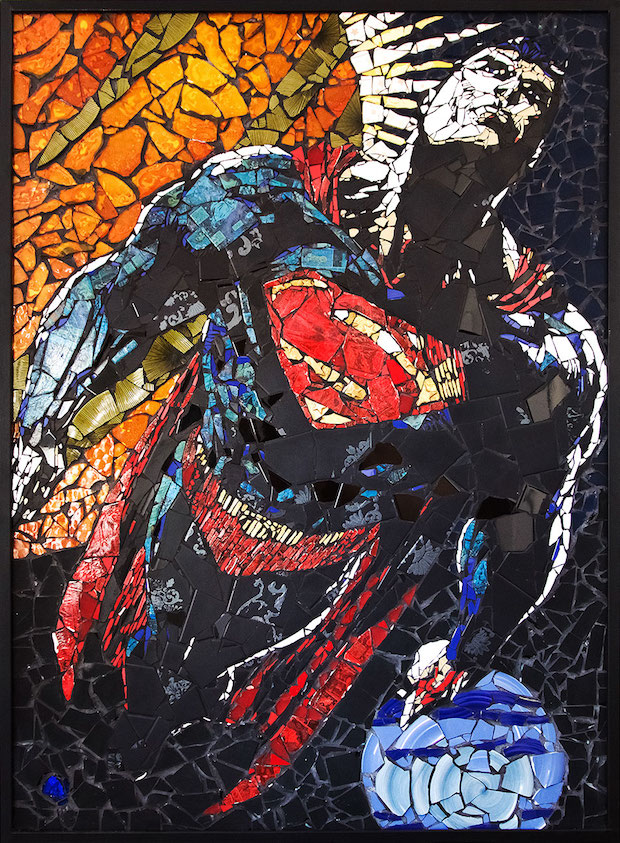 Starting on March 19, Vancouver and New York-based artist Jason Dussault will be showing stunning mosaic works featuring superheroes and other pop culture characters at the Hoerle-Guggenheim Gallery in New York. Using shattered pieces of tile and grout, as well as paint, resin, and vinyl, he makes amazing mosaic portraits of well-known heroes like Superman, Thor, and Hulk as well as the LEGO versions of Batman and Joker. Called Deconstructive/Constructive, this will be his debut solo exhibition in New York.

“Growing up in a small rural Canadian town in the late seventies and early eighties with young parents struggling to find their way, I spent much of my time alone, and the only access to art I had was comic books,” he said. “I would spend hours trying to redraw these characters. Deconstructive/Constructive is my tribute to comic book art, my first love and inspiration.”

A focal point of the exhibition is a large-scale tribute to George Delmerico's iconic superhero amalgamation, A Marvel-ous Evening with Stan Lee, 1972. The original work was a created as a poster for a lecture given by Marvel Comics founder Stan Lee at Carnegie Hall. The composite image shows 19 famous Marvel faces. (Can you name them all?) Dussault has recreated the famous pop culture poster in a four-panel composite work using his distinctive mosaic style.

Deconstructive/Constructive will be on view at Hoerle-Guggenheim Gallery from March 20 to April 8, 2015. A portion of the proceeds from the exhibition will benefit Free Arts NYC, a local organization providing underserved children and families with educational arts and mentoring programs. 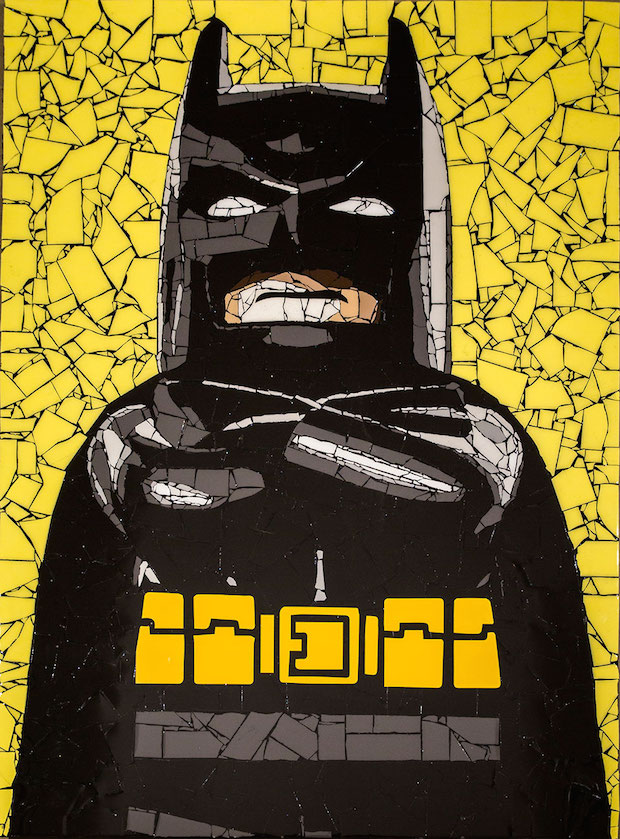 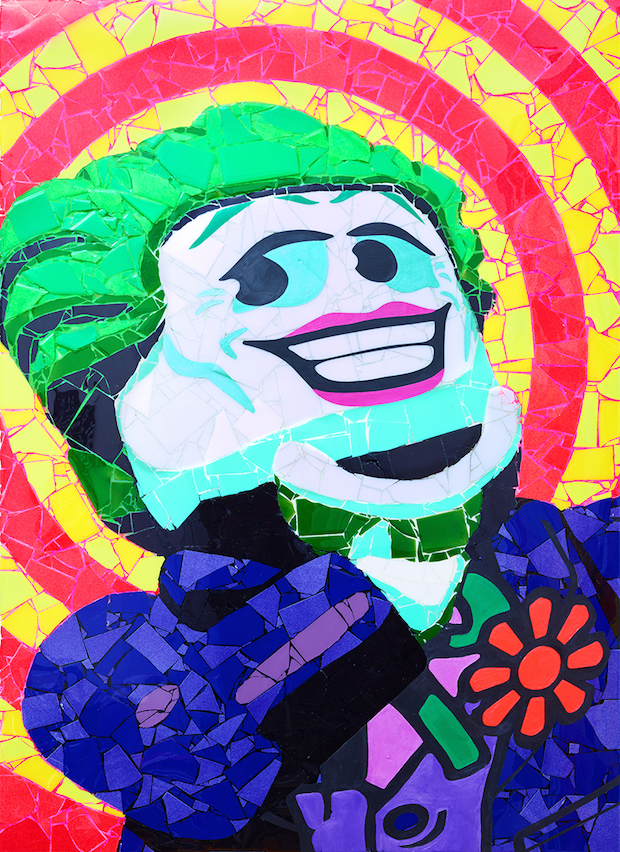 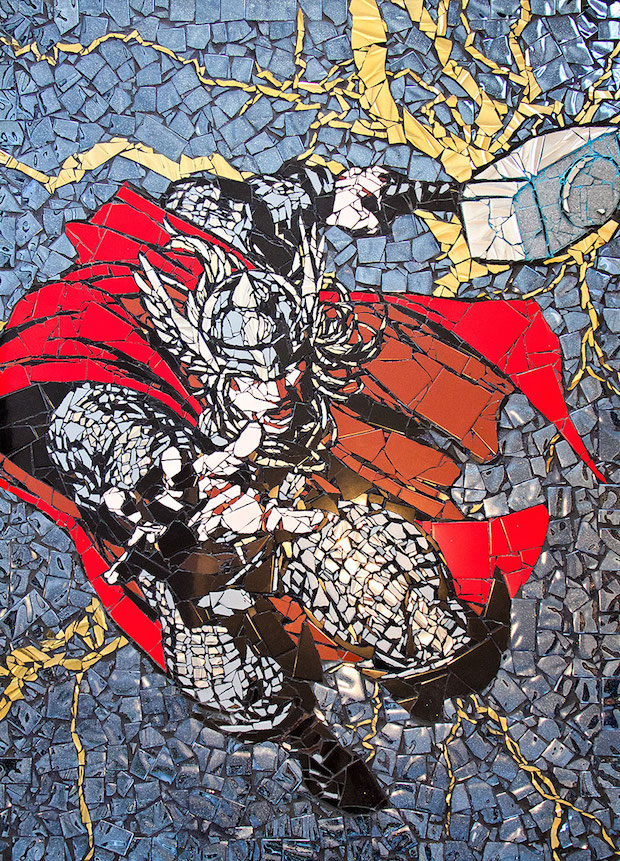 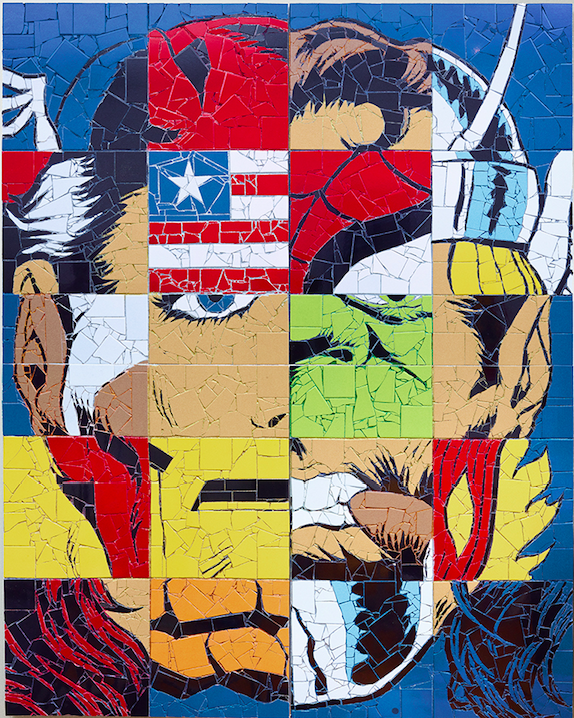 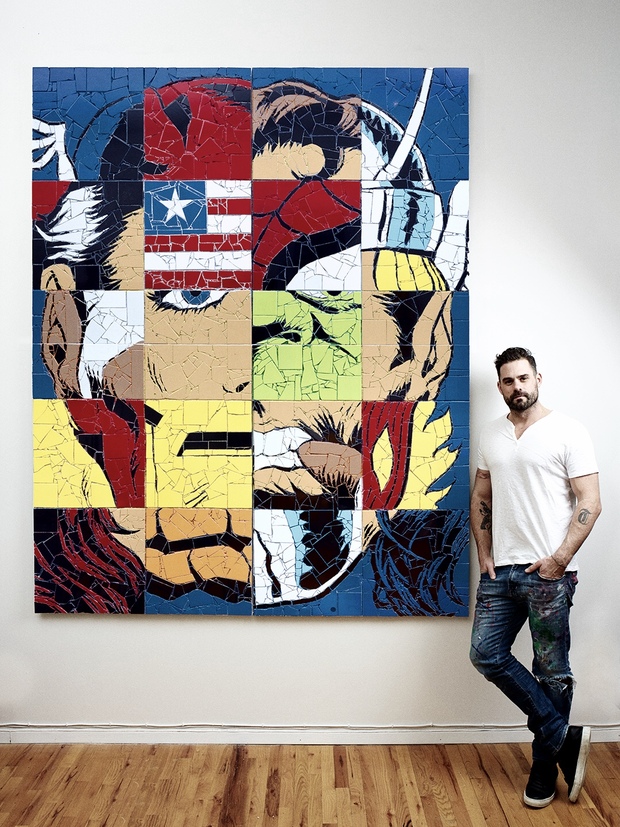