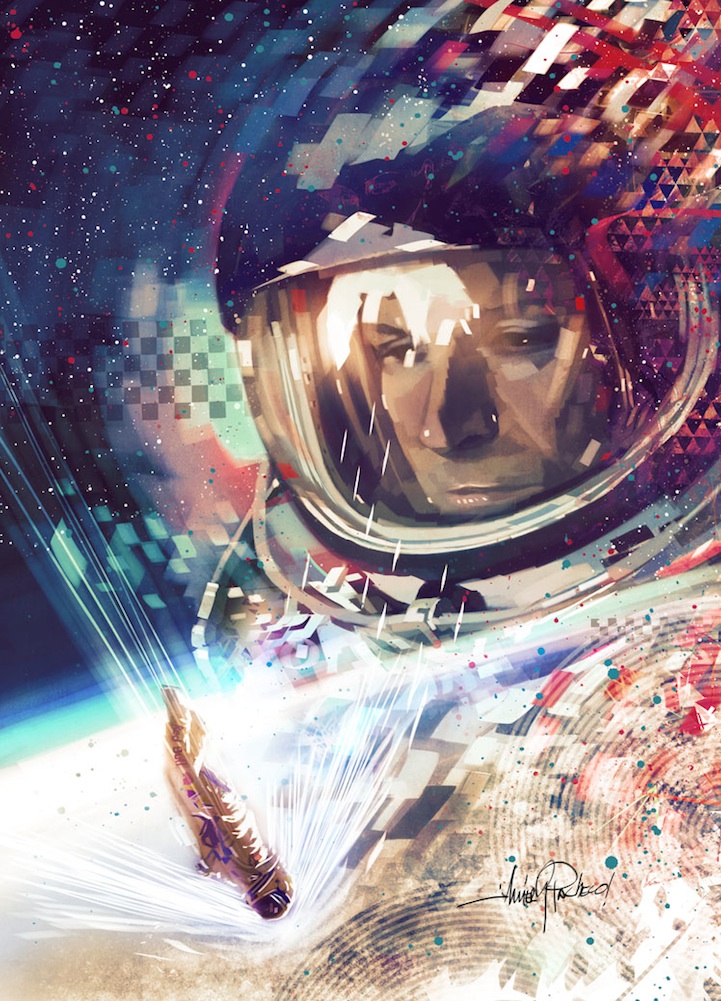 Spain-based artist Javier Gonzalez Pacheco recently created this gorgeous digital illustration of Felix Baumgartner's incredible jump from space in his recent mission for Red Bull Stratos. If you were like me, one week ago today, you watched in awe as the Austrian daredevil leaped out of his capsule, from more than 24 miles up to shatter not just the sound barrier, which is 690 mph, but several standing records. He broke the world record for the highest skydive ever, he became the very first person to reach supersonic speed without traveling in a jet or spacecraft, and he now has the record for the highest free-fall without a drogue parachute. The man, made of nerves-of-steel, hit Mach 1.24, or an astounding 834 mph.

“I know the whole world is watching now, and I wish the world could see what I see,” Baumgartner said just before the leap. “And sometimes you have to go up really high to see how small you really are.”