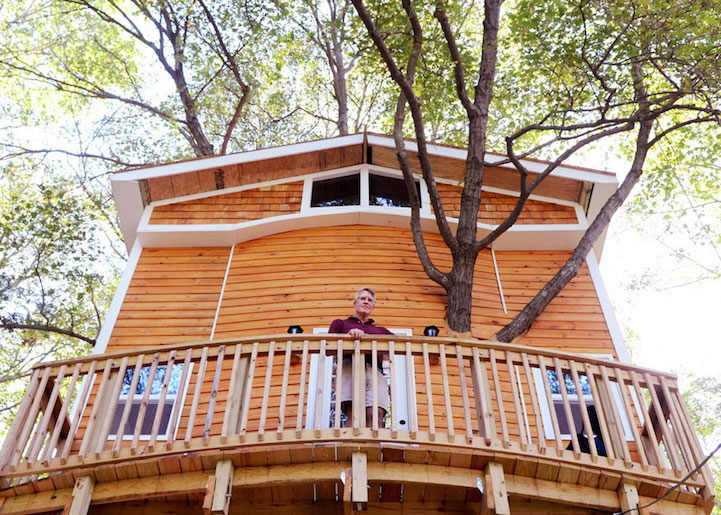 Jay Hewitt has built the ultimate playhouse for his grandchildren to safely frolic in. A contractor by trade, he fashioned an impressive three-story, 40-foot-tall treehouse that's supported by four maple trees on his Massachusetts property. At first glance, it looks like a conventional home–Hewitt created a fully-enclosed structure with a shingled exterior and expansive deck. Its interior, however, has some fun and quirky aspects that echo the structure's foundation, like a built-in spiral slide and stairs created entirely out of tree branches.

Hewitt began construction on the treehouse over two years ago, but the idea to create one came long before that. He is a huge fan of “Treehouse Masters,” a television show featuring builder Pete Nelson, who crafts luxury treehouses for people throughout the United States. Knowing his dad's fascination, Hewitt's son suggested he build one for his then-unborn grandchildren. “At the time, I said I'd build the best treehouse any kid ever had,” he told The Sun Chronicle. Now, his six-year-old grandson and four-year-old granddaughter are frequent visitors.

Hewitt's property, including the fantastic treehouse, is going up for sale in the near future. If he can't find a buyer, however, he plans to expand the project even more next year. 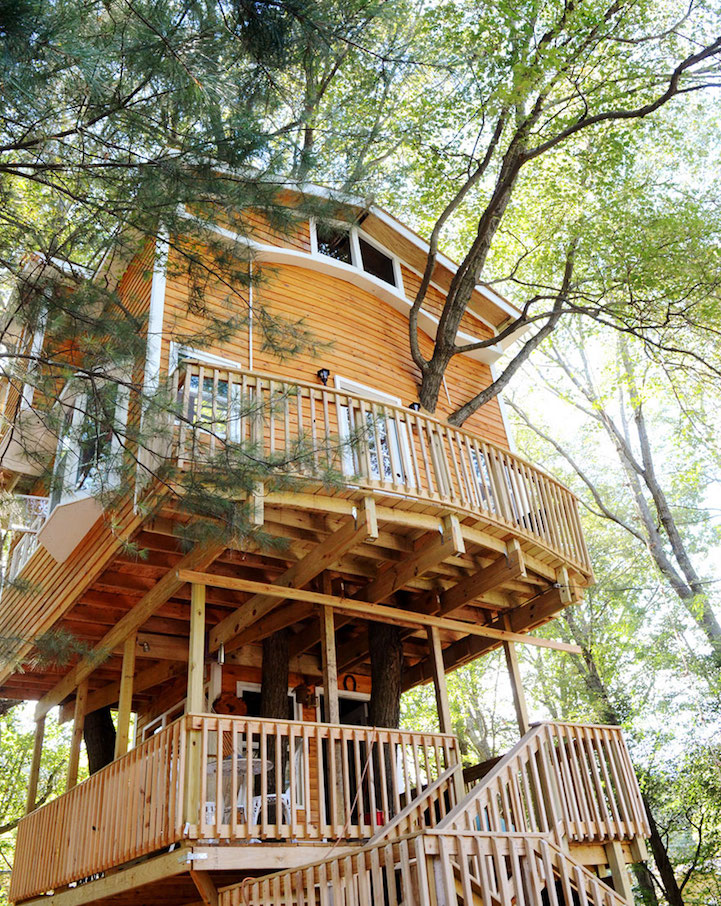 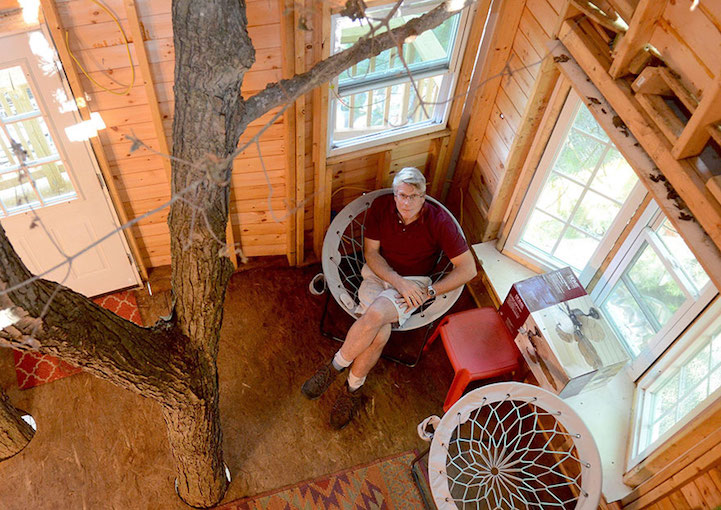 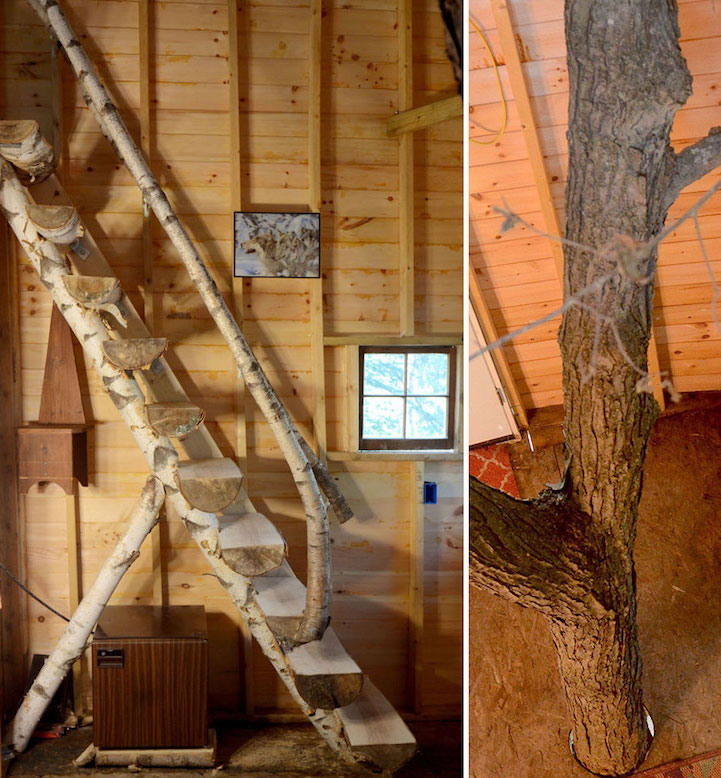 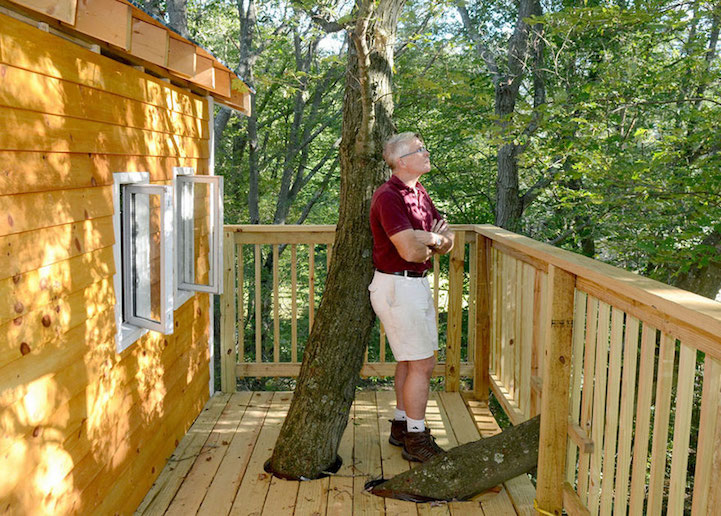 via [Bored Panda, The Sun Chronicle]

All photographs by Mike George.