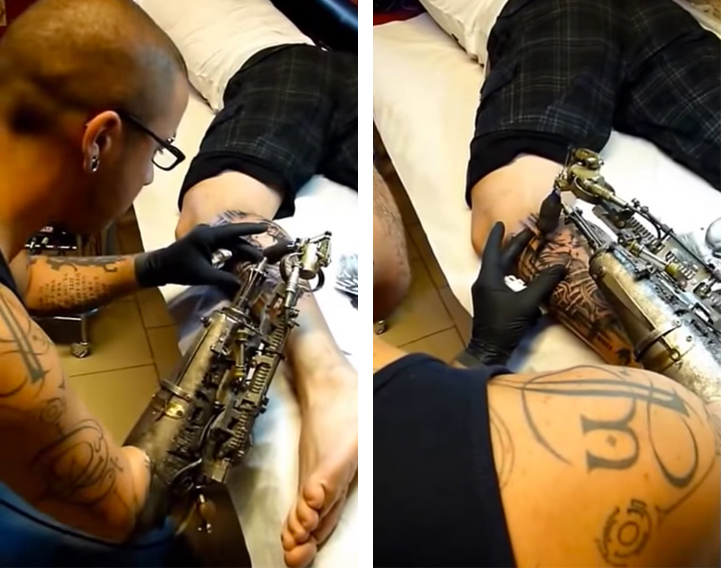 This handy futuristic-looking device functions as both a tattoo gun and prosthetic arm. Designed by French artist JL Gonzal for tattoo artist JC Sheitan Tenet, the amazing, dual-purpose invention is the word’s first tattooing prosthesis. Fit with “pieces of a typewriter, monometer and pipes,” the epic machine was designed in such a way that Tenet can adjust it and alter the settings depending on his needs.

The piece was created using an existing prosthesis that belongs to Tenet. Recently a video of the arm in action was released, as Tenet uses his new extension to complete some artwork on a client. Many tattooists may joke that their tattoo gun is an extension of themselves, but it's quite literal for Tenet, as he skillfully inks people with his new arm. 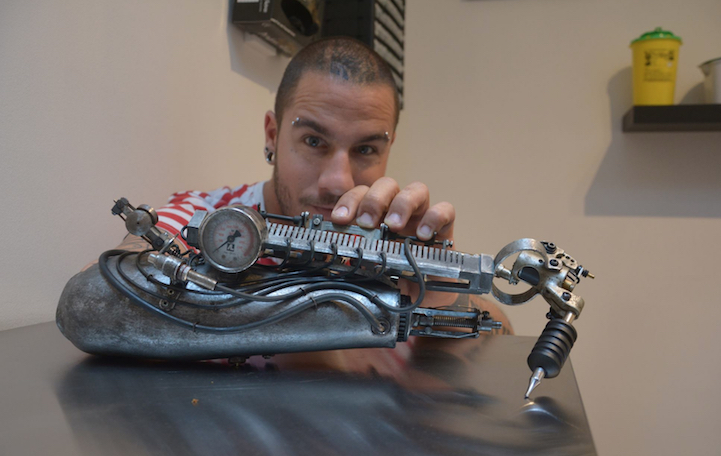 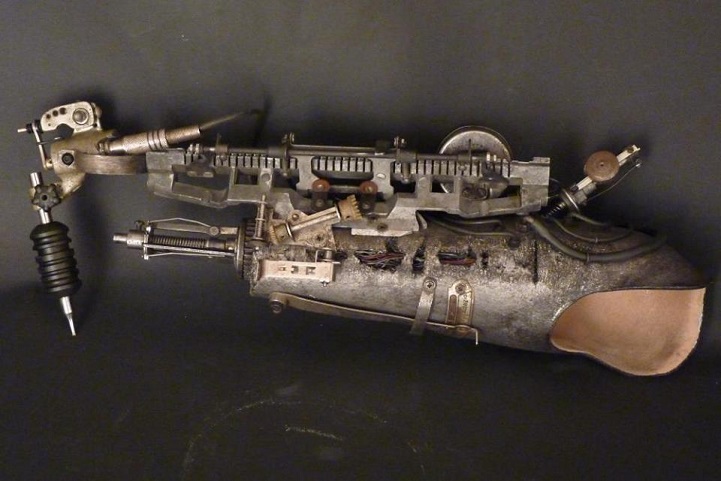