Wintertime in Yosemite Looks Like the Inside of a Snow Globe 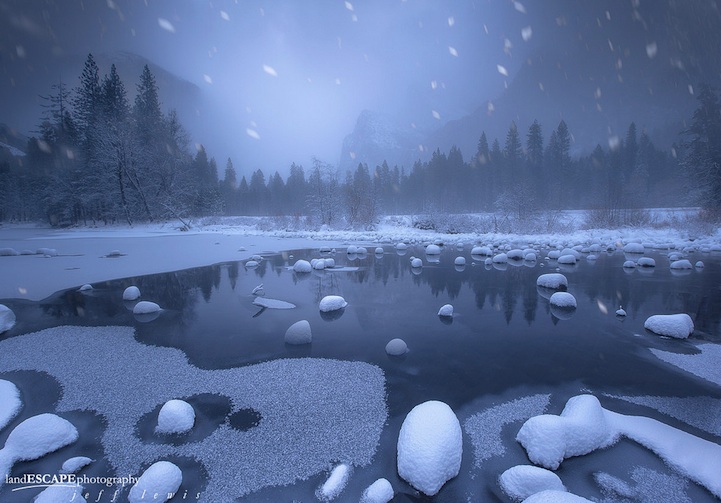 Last month, 21-year-old landscape photographer Jeff Lewis braved the bitter cold to capture these gorgeous shots of wintertime in Yosemite. As he's still a college student studying meteorology at UCLA, he also had to put on hold a 20-page paper and studying for three final exams in order to see Yosemite like this. Running on only four hours of sleep, he and his friends shot photos at sunrise while it was -4F outside, or what felt like -18F.

With snow falling from the sky, trees covered in white powder and the lake filled with snow covered rocks, the picturesque scene gives off the feeling that you're looking into a snow globe.

“I've seen a lot of stunning images of the iconic Valley View, but it wasn't until I was shivering my butt off in realfeel -18F during blue hour in the middle of a snowstorm that I considered taking a photo of the snow falling over the valley,” he states. “It took me a few minutes to figure out how to go about this, because I couldn't come up with any examples to follow of falling snow photographed over a grand landscape. Nevertheless, the conditions were perfect, so I decided to give it a try. This is the result. I think it's my personal favorite image in my entire photographic career…”

“Just 15 minutes later, the storm cleared and the sky erupted. That shot (below) is ‘Gates of the Arctic'.” 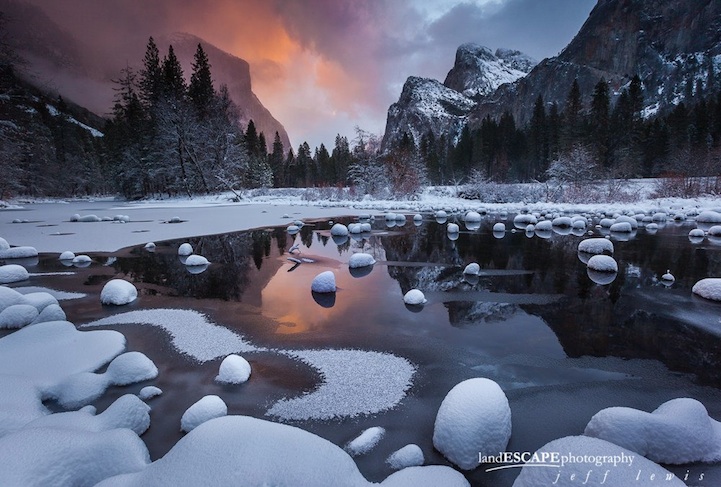