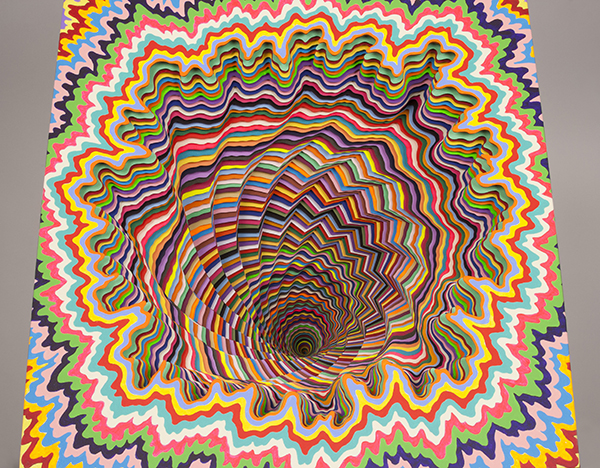 Los Angeles-based artist Jen Stark recently returned to her hometown of Miami to participate in Art Basel 2014, an annual event that provides a platform for galleries to show off contemporary works of art. On display at Eric Firestone Gallery‘s booth at the UNTITLED Art Fair were some of Stark's newest, craziest paper sculptures yet, filled with just as much color and depth as her previous works.Stark's kaleidoscopic sculptures are made of geometric layers of colored paper that spiral inward to form a hypnotic, rainbow-hued abyss. Endlessly mesmerizing, the three-dimensional works burst with such vibrance and texture that viewing them makes for an incredibly psychedelic experience.

Above photo via Jen Stark 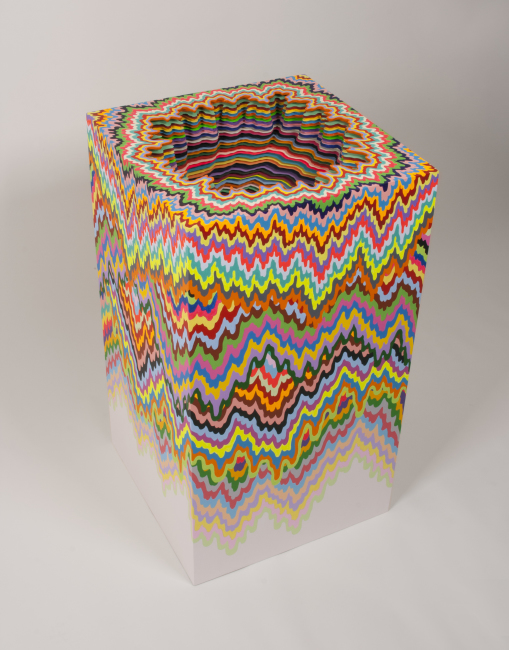 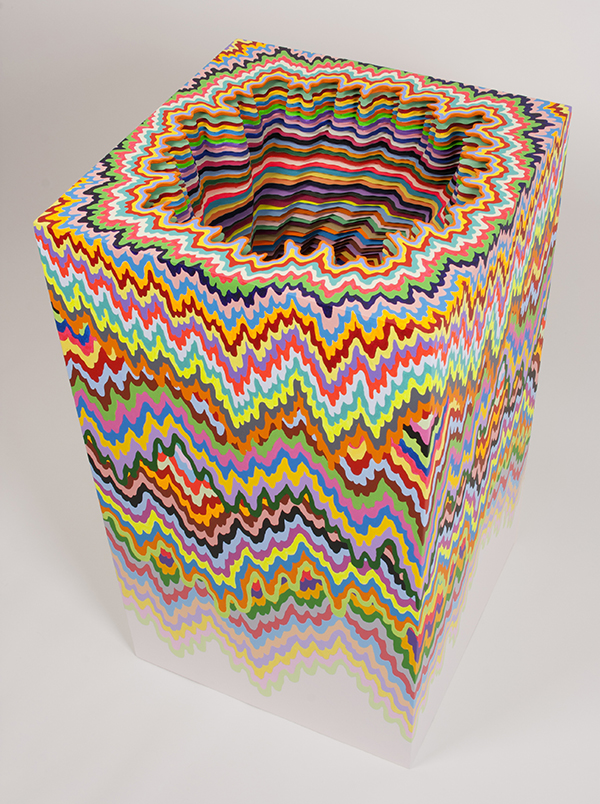 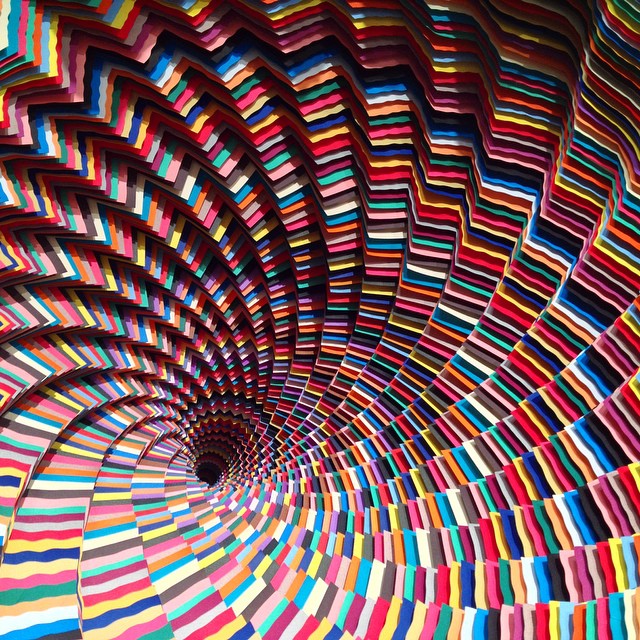 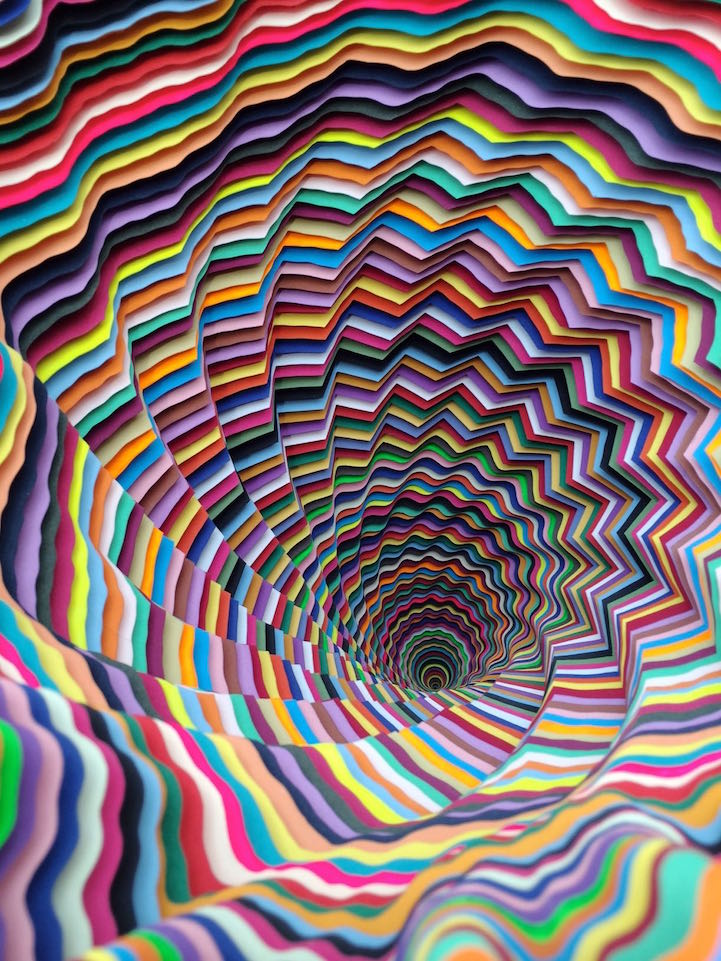