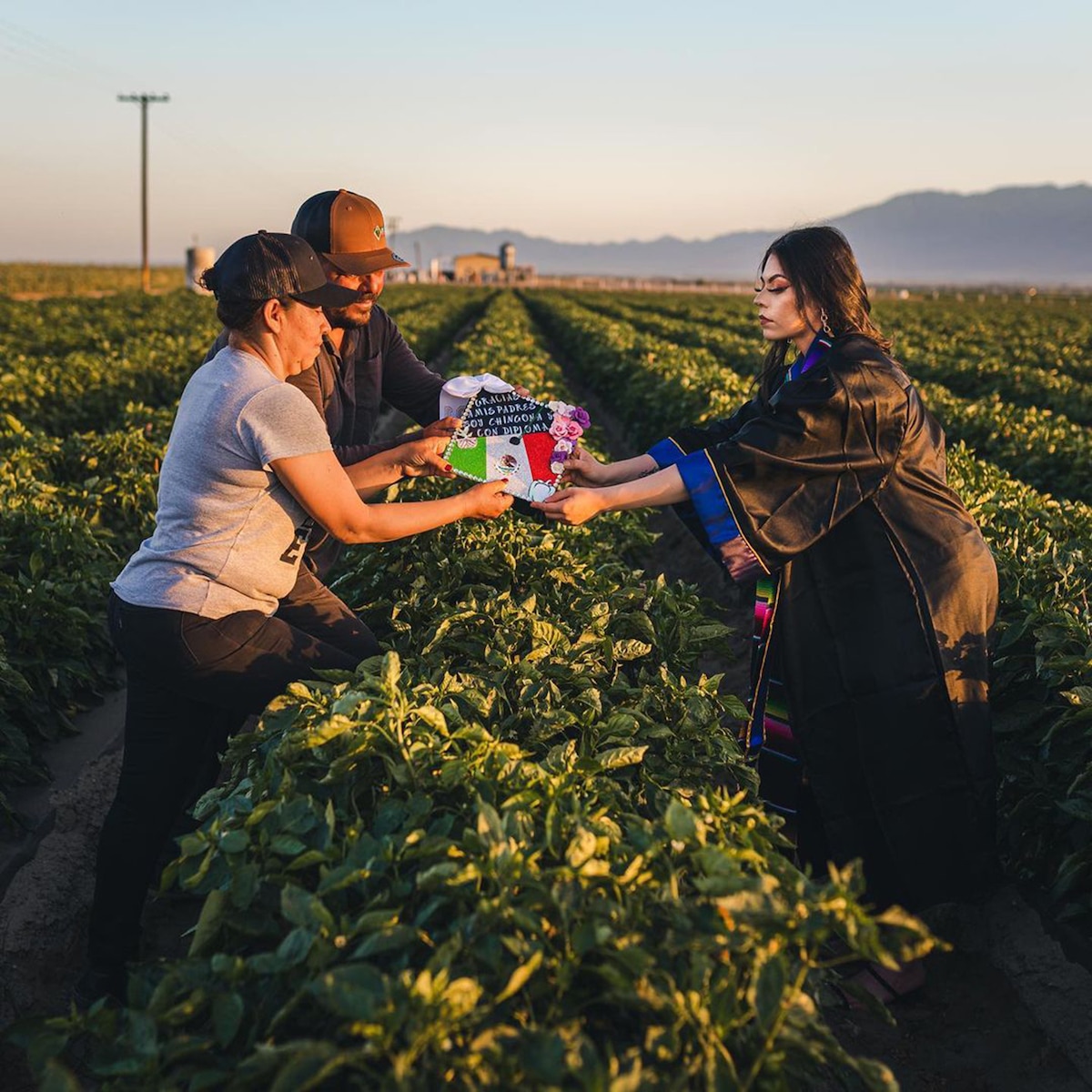 Recent college grad Jennifer Rocha has chosen to honor her parents and her upbringing with a special photo shoot. Dressed in her commencement regalia, Rocha and her mom and dad stand in the farmer fields where her parents work. The heartwarming images show Rocha working alongside her parents—she worked in the fields, too—as well as the three holding her diploma, standing over the produce that they help harvest.

Rocha understands the importance of the fields that her family works in; the fields helped shape who she is today. “As a high schooler, my parents told me that the only way I was going to be able to understand how important it was to pursue a higher education was to work as a migrant field worker,” she says. “My parents came from Michoacan, Mexico, and were not fortunate enough to live their dreams of pursuing a higher education and obtaining the dream career they desired.”

Rocha joined her parents in the fields as a teenager. She would plant strawberries until 2 a.m. or 3 a.m. and then wake up at 5 a.m. in order to catch the bus for school. “I admired the workers because they kept working despite backaches while flies, mosquitos, and bugs kept roaming their faces, getting into their eyes. Nobody thinks about nor sees what happens behind a vegetable you grab at the grocery store. But behind it is someone who breaks their backs every day working in the fields.”

This commitment to hard work carried her into college at the University of California, San Diego. She continued to work with her parents on the weekends or breaks, all while working a job with the university and commuting to school because she wasn’t able to afford a dorm. “Many times I wanted to give up,” she recalls, “but my parents and their pieces of advice and support were the reason I kept going.”

Now with her degree in sociology, Rocha hopes to pursue a career in law enforcement. She wants to increase Latinx representation in the field.

In a heartwarming series of college graduation photos, Jennifer Rocha honored her parents and the farmer fields where they all worked. 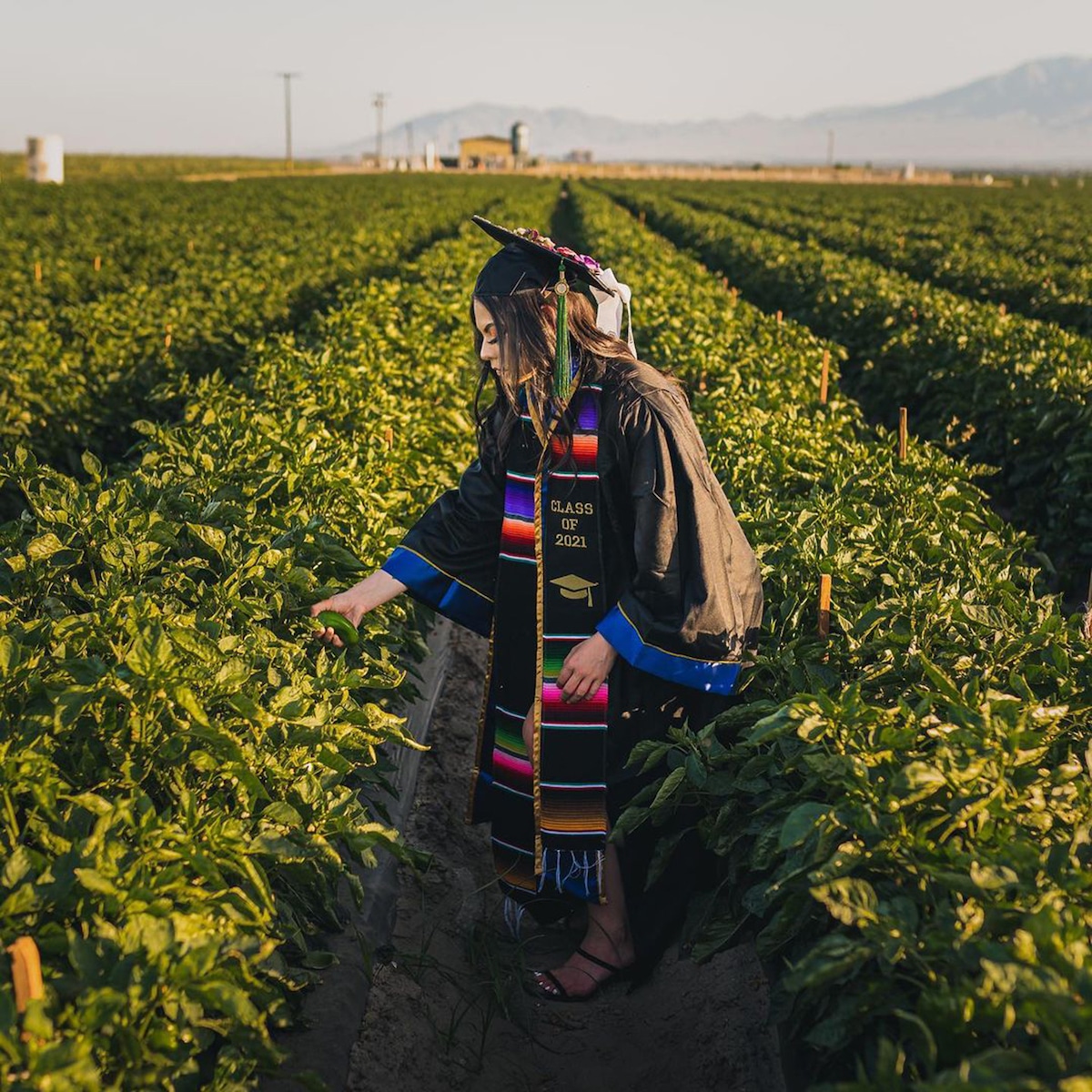 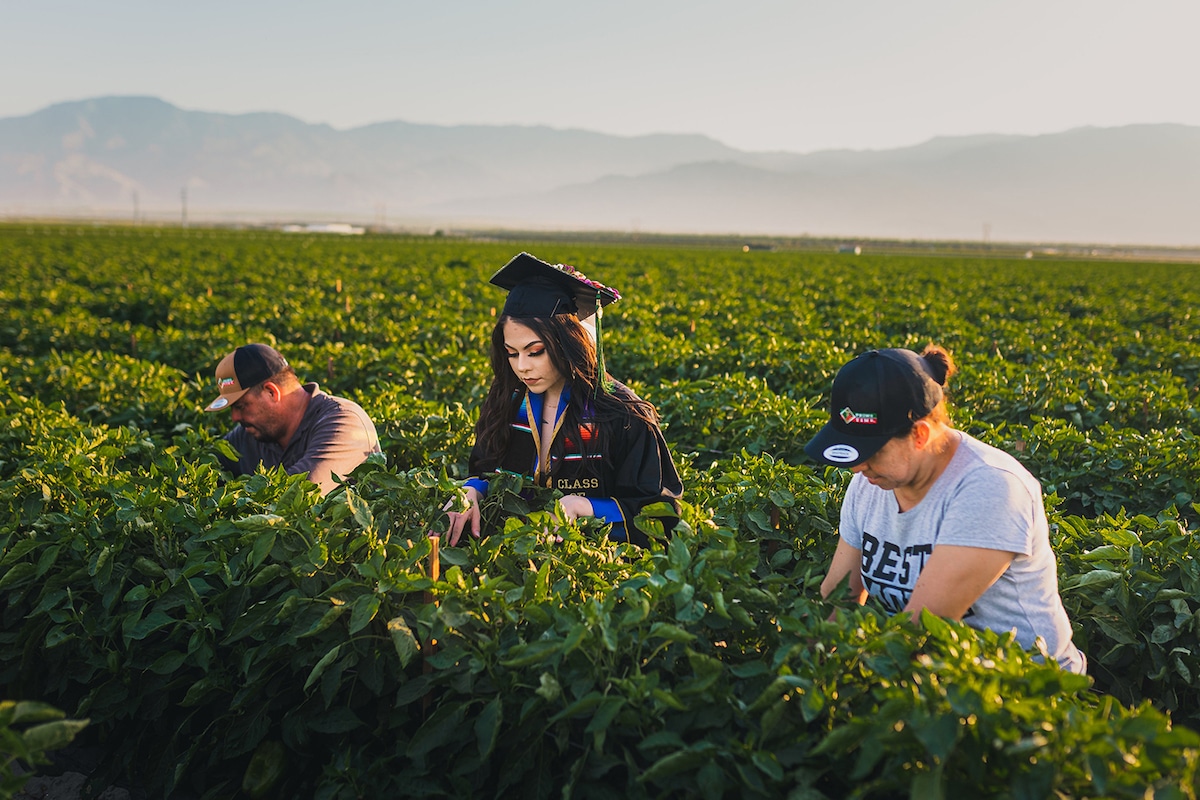 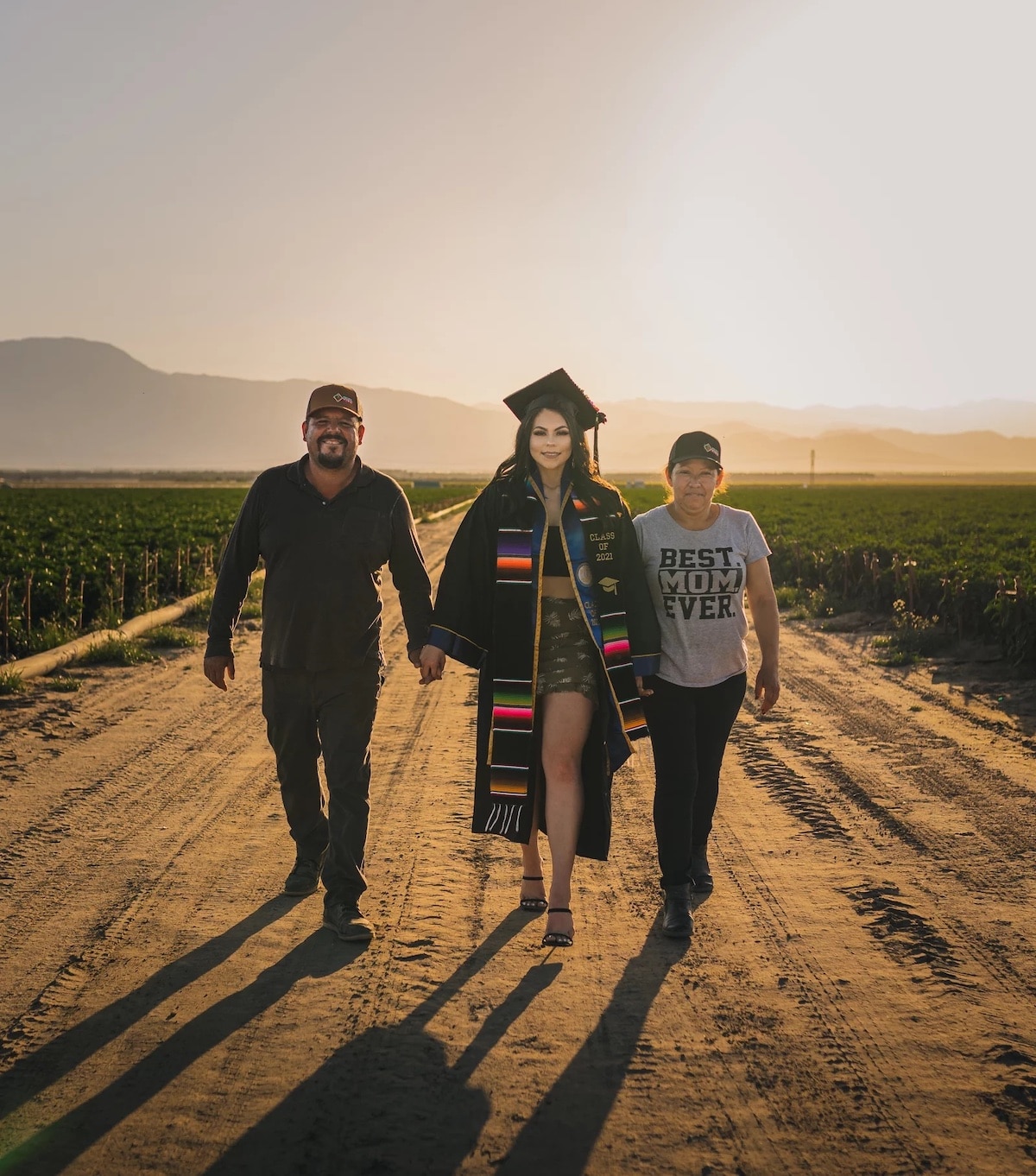 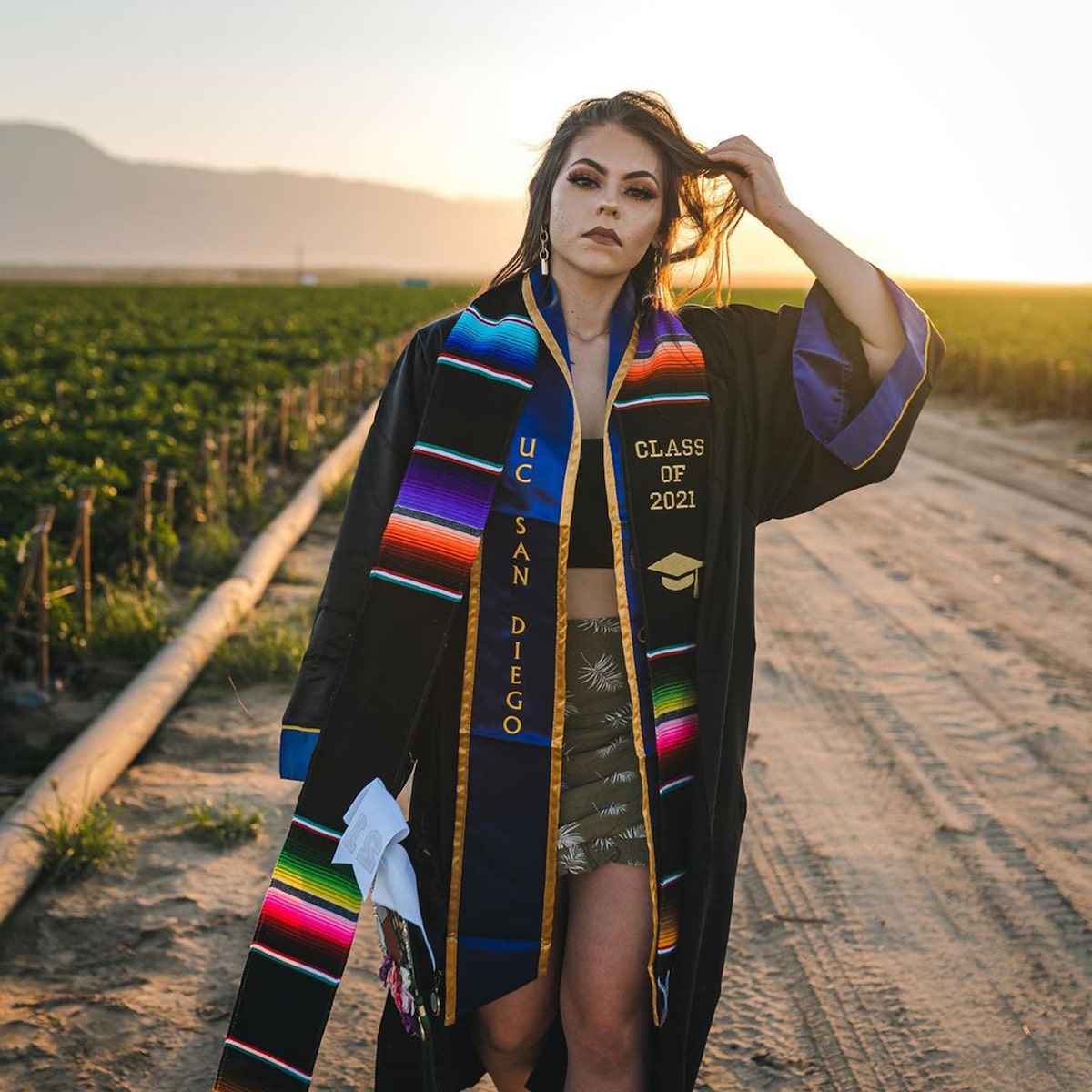