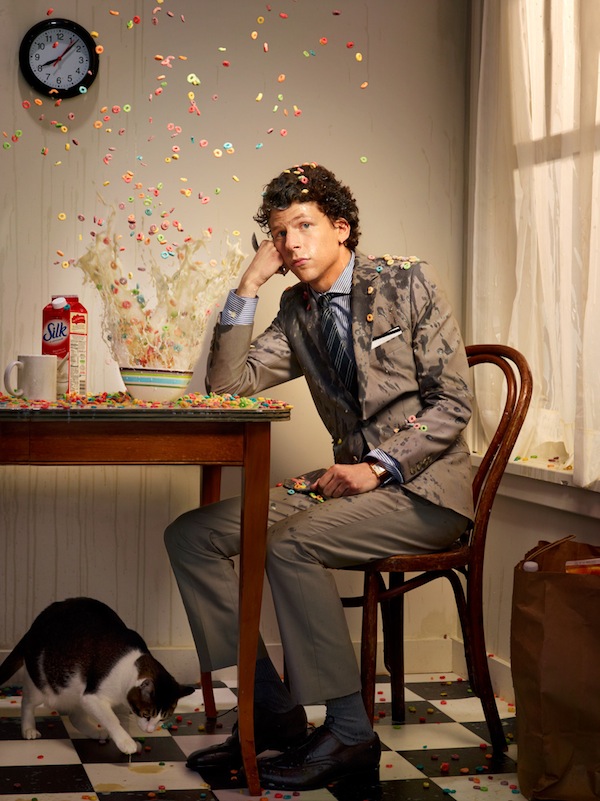 You probably already know the name Martin Schoeller, or at least you'll recognized his photos. He's the highly talented photographer who's behind some of the most memorable shots you've recently seen. Back in May 2011, our post called Hilarious Celebrity Portraits became one of our most popular of all time, as the New York-based photographer showed us our favorite celebrities in ways we had never seen.

Just this past May, Schoeller jolted the world with his shocking breastfeeding photos and, for the 2012 Olympics, he captured the inspiring intensity of three U.S. Olympians in spectacular fashion.

Out of all the recent work Schoeller has done, there's one set that really stands out from the rest. For GQ, Schoeller shot actor Jesse Eisenberg, who you may remember from the hit movie The Social Network. With that classic deadpan look, Jesse was the perfect subject for Schoeller. As he stares straight into the camera, Eisenberg looks unfazed while the world around him goes up in flames (quite literally). Shot in Greenpoint, Brooklyn, the laugh out loud series had one photo that required Schoeller and his team to close off city streets, so that they could blow up a prop ice cream truck, all while Jesse is casually holding his saved ice cream and is being suspended in mid-air. 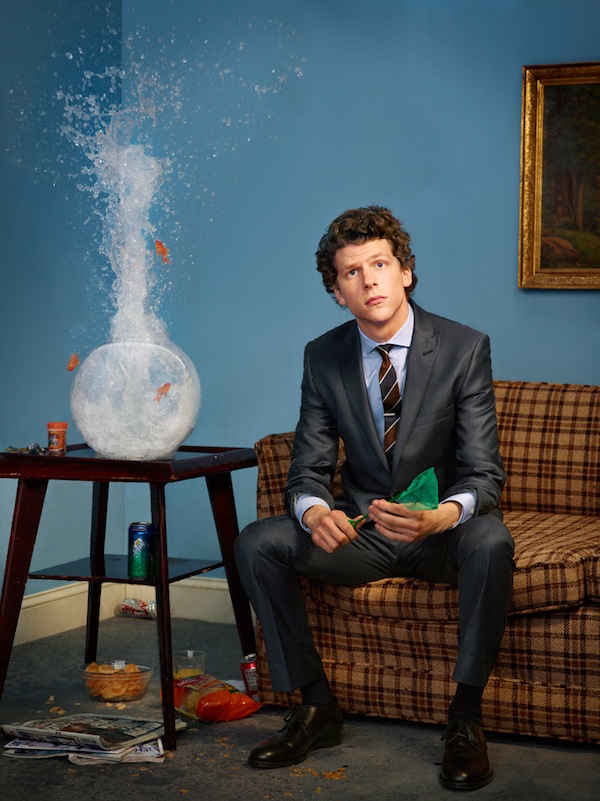 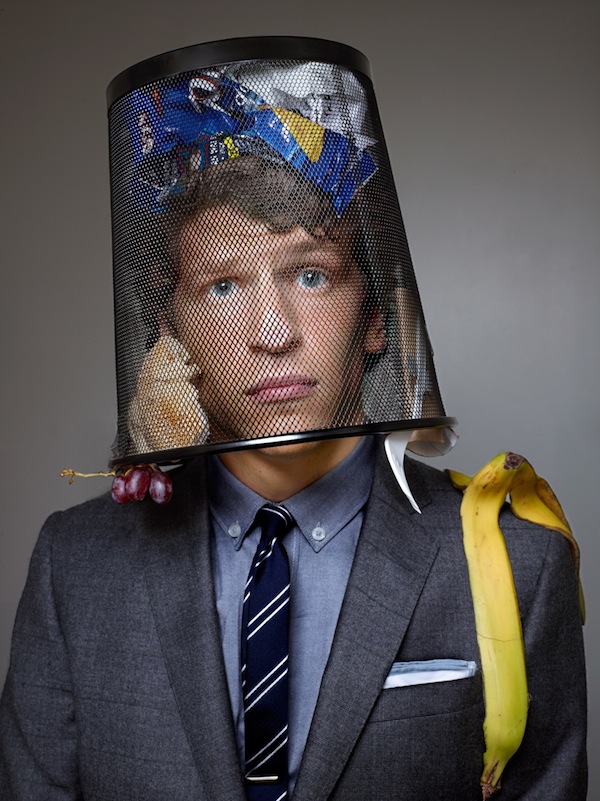 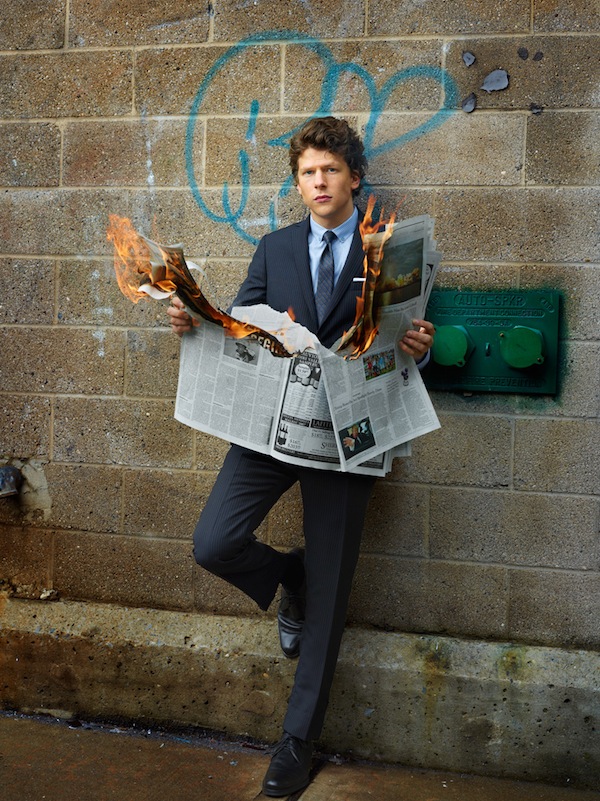 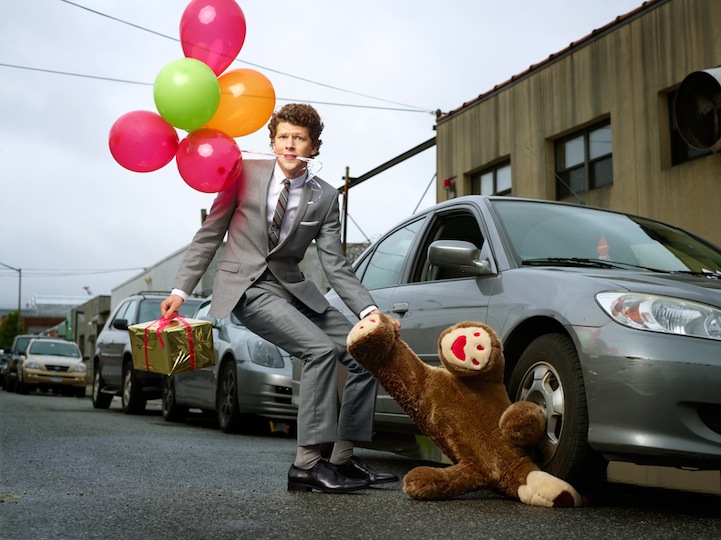 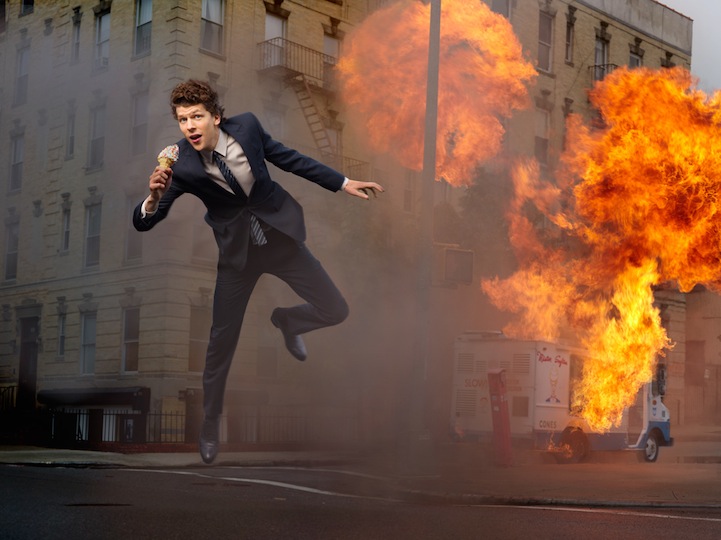