Teachers do more than just instruct—they inspire and empower their students. Professor Jessica Langer did just that in her creative marketing course at Ryerson University in Toronto. Impressed with her students, she wanted to thank them for being a fantastic class. “I've had really great students in the past, but I don't know that I've ever had a group that's so big [about 90] and yet so uniformly great,” Langer told Upworthy. There was also another reason for her message. Like many young people, they are “rightfully anxious about the future.”

Langer composed an email that first thanked them, and then sought to assuage their anxiety. She let them know that despite what happens in their lives and the world, she’s there for them. “Statistically, at least some of my students are likely to be in home situations where they don’t have an advocate,” Langer explained to BuzzFeed. “I feel very strongly that my job as a professor is to be a person in my students’ lives who they can trust and who has their best interest in mind, and who can and will advocate for them.” The field they’re studying—a creative one where things move and change quickly—is hard. “I wanted to give them some reassurance,” she said.

Langer sent one final email to her students: 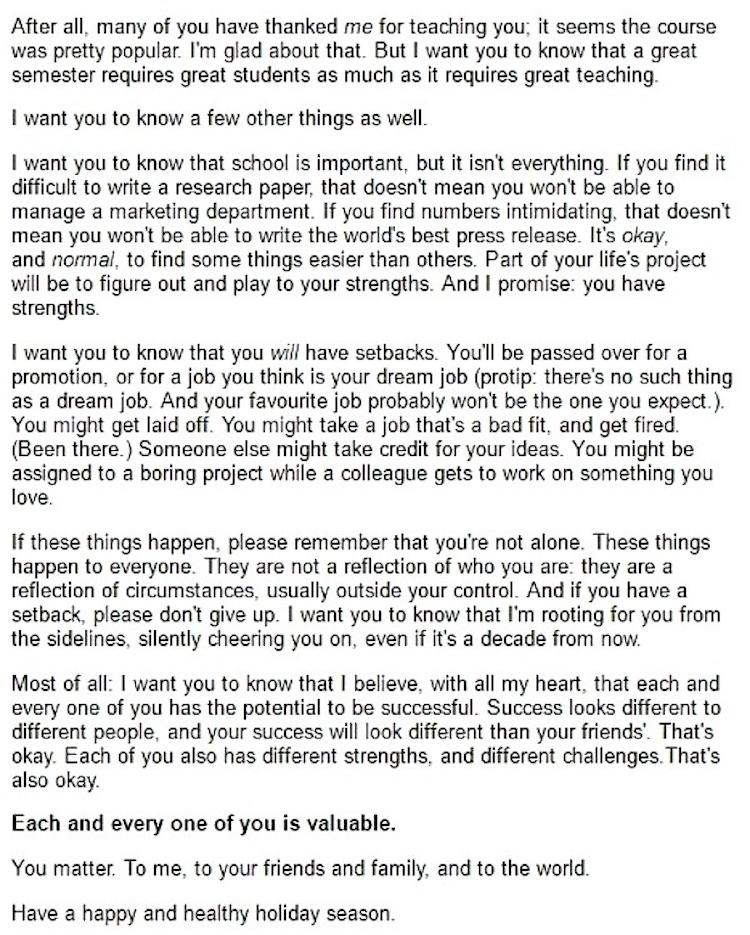 The letter struck a chord with her students, who responded to her email with gratitude—one even burst into tears after reading it. For them, it was exactly what they needed to hear. Langer doesn’t sugarcoat some of the challenges they’ll face, but tells them that it’s okay to have setbacks.

“If these things happen,” Langer wrote, “please remember that you're not alone. These things happen to everyone. They are not a reflection of who you are: they are a reflection of circumstances, usually out of your own control. And if you have a setback, please don't give up. I want you to know that I'm rooting for you from the sidelines, silently cheering you on, even if it's a decade from now.”

The inspiring email was shared by one of her former students on Twitter, and it’s since gone viral, comforting more than just her class. Strangers are moved by this compassion and Langer’s universal message. She ends the letter with a powerful reminder:

“Each and every one of you is valuable.” 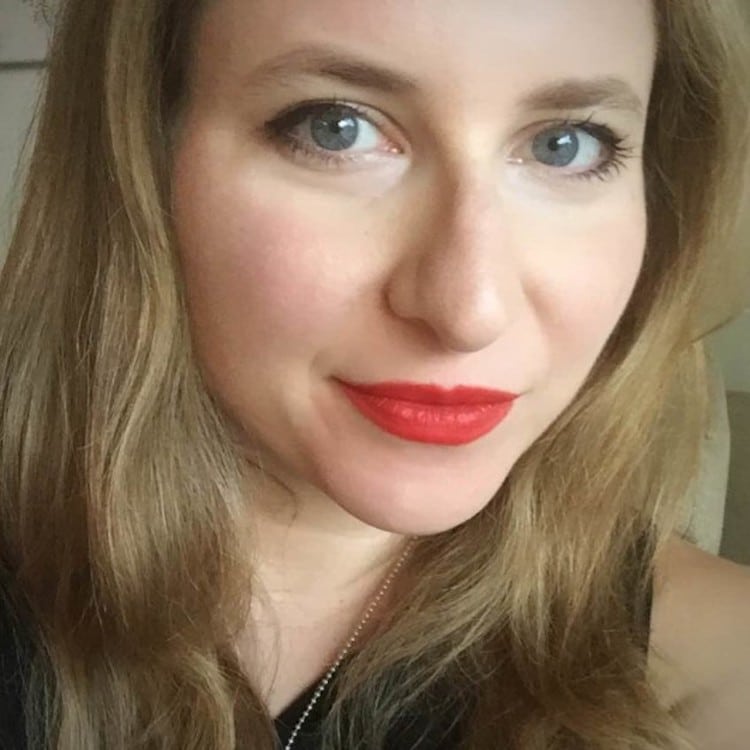