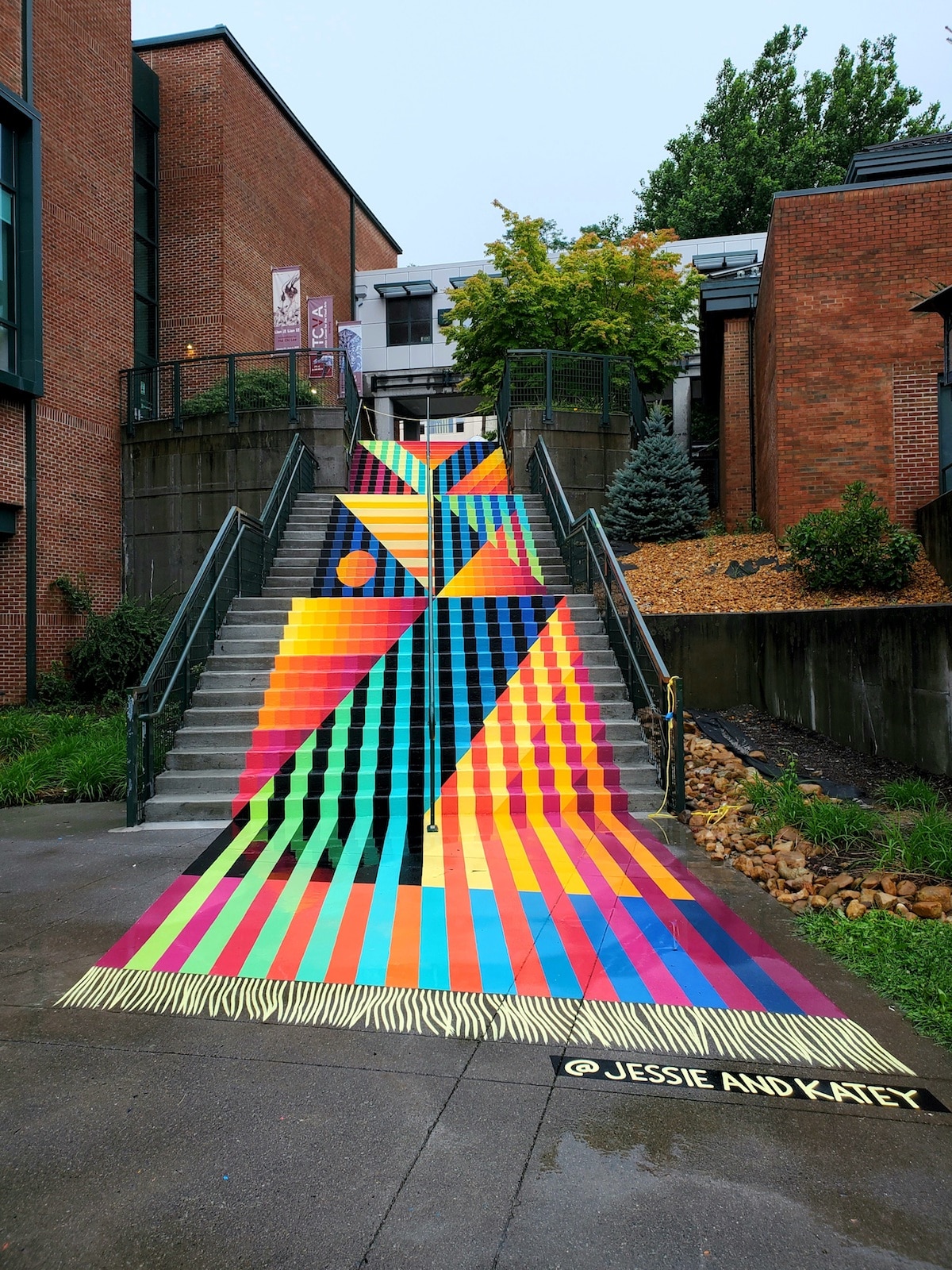 Artist duo Jessie Unterhalter and Katey Truhn transform otherwise ordinary public spaces into colorful experiences for all who encounter their work. Their recent mural at Appalachian State University cloaks a three-level staircase in a kaleidoscope of vibrant patterns. As an effect, the painting looks like a hand-woven textile.

“We got approached by the Turchin Center at Appalachian State University in Boone, NC to paint the stairway that connects the main street to the campus,” Unterhalter and Truhn tell My Modern Met. “We were inspired by all of the weaving and quilting textiles that come out of Appalachia and loosely based our design on those traditions.”

The massive mural features an array of striped colors that zigzag down the concrete steps as well as a motif of an orange sun. Even when viewed at different angles, the illusory painting resembles a cascading carpet—thanks to geometry and symmetry. “When we were installing it, we basically gridded out the entire staircase and made an analog loom,” Unterhalter and Truhn explain. “There was a lot of math involved, getting the angles and perspective right was a challenge but eventually, everything locked into place. To drive home the textile reference we added tassels to the end of the piece so people feel like they're walking on a rug.”

Scroll down to see more mural paintings by Unterhalter and Truhn, and follow them on Instagram to keep up to date with their latest creations. 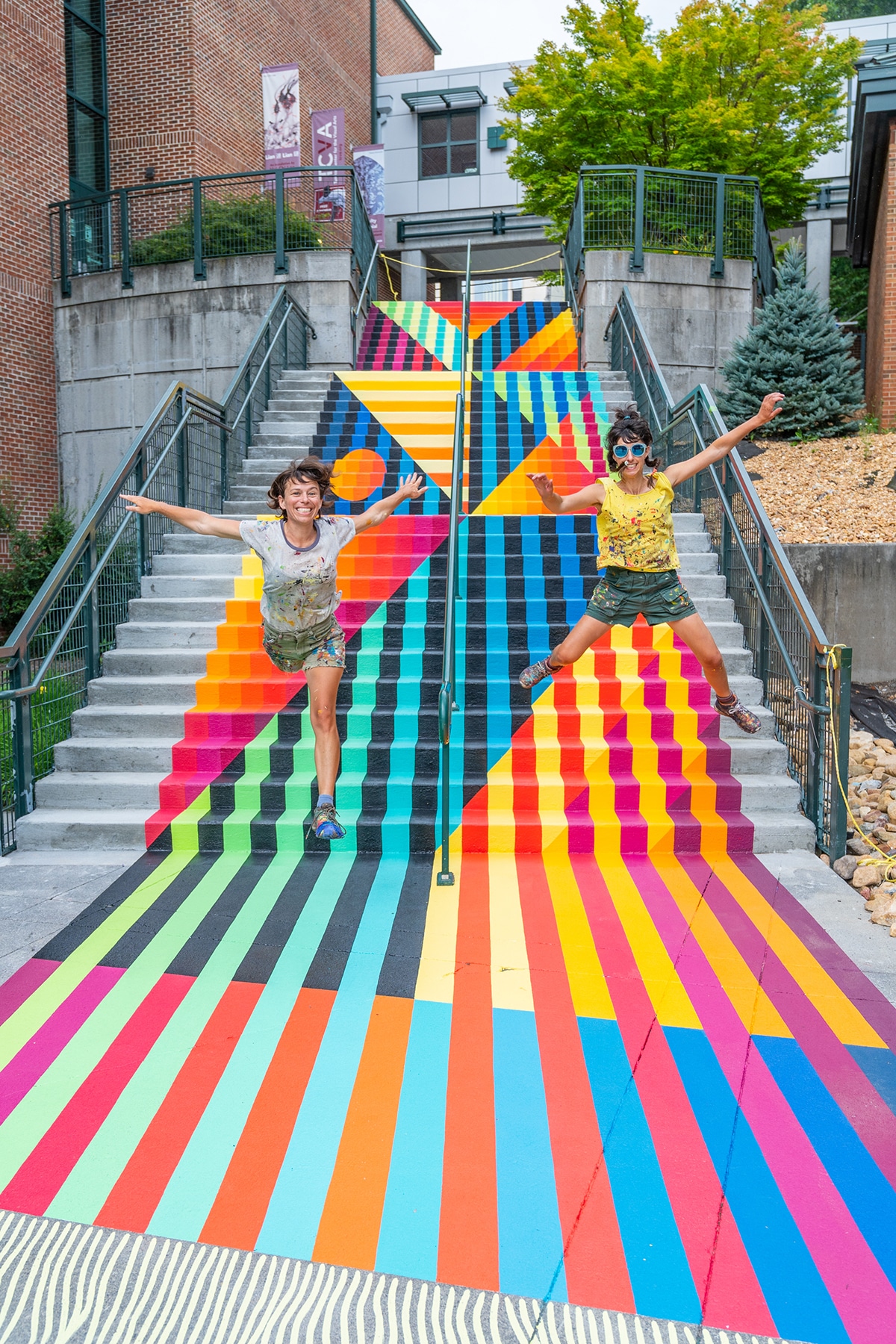 They covered a staircase at Appalachian State University with an illusory painting. 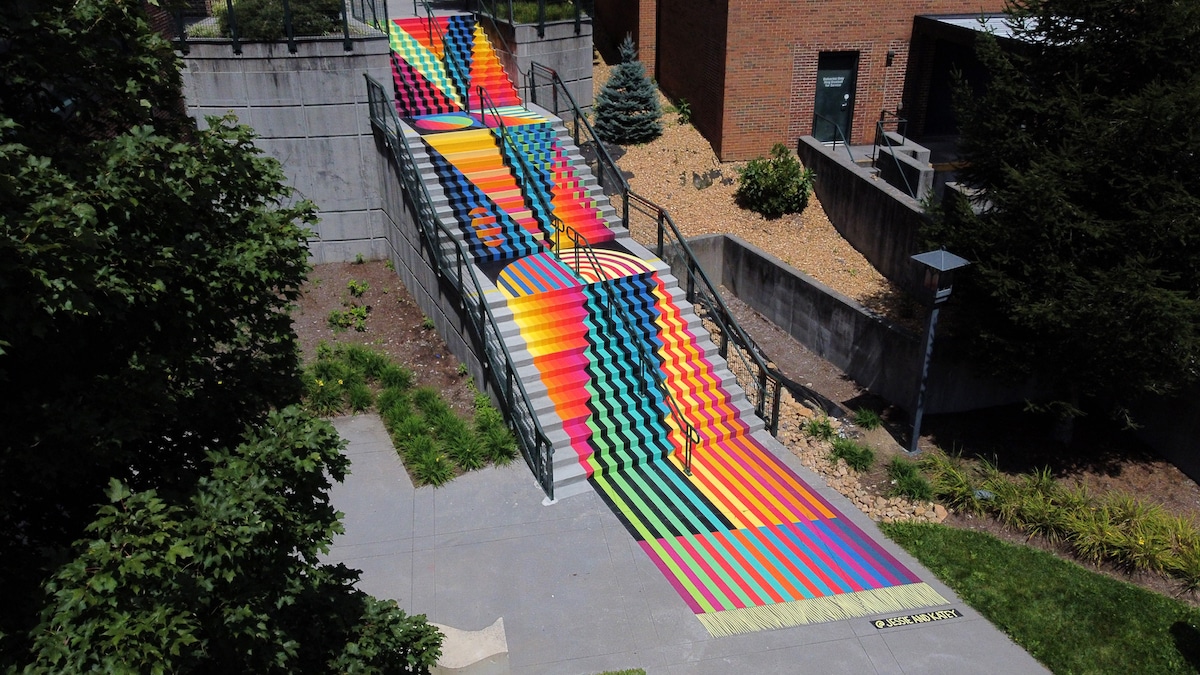 As an effect, the staircase looks like it was covered with a colorful, geometric rug. 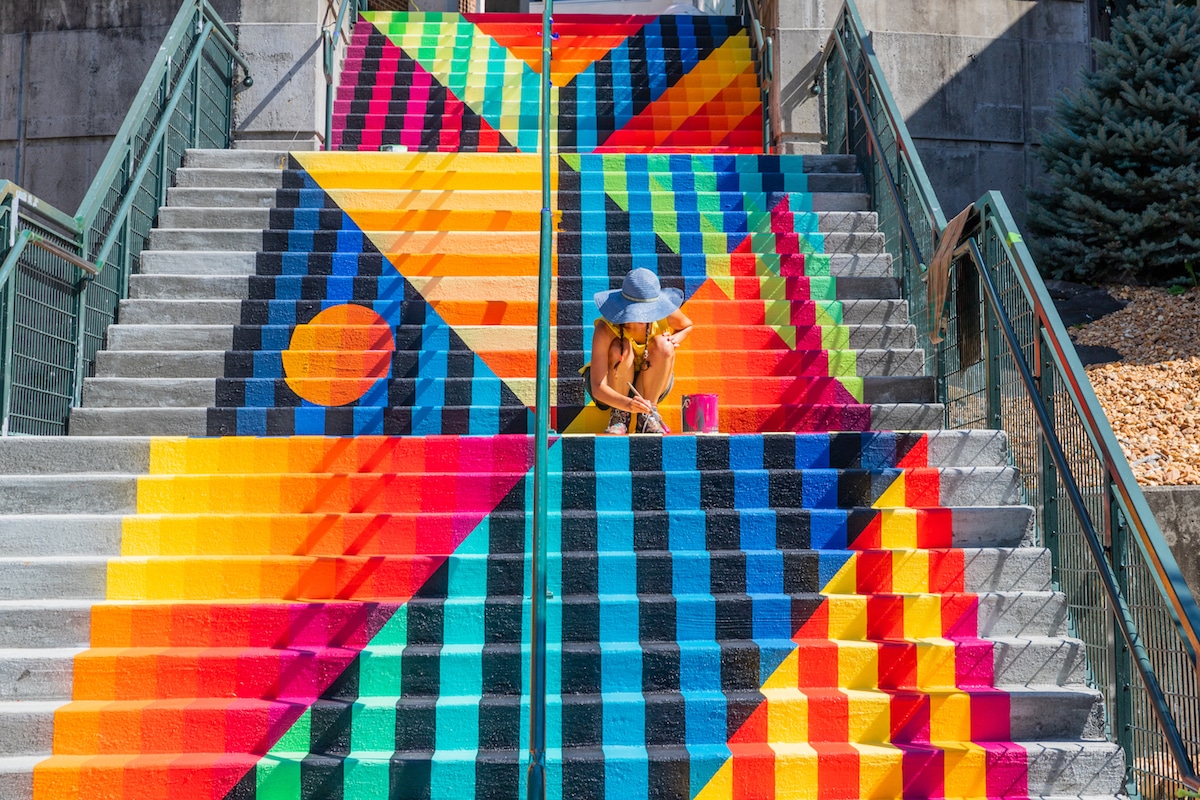 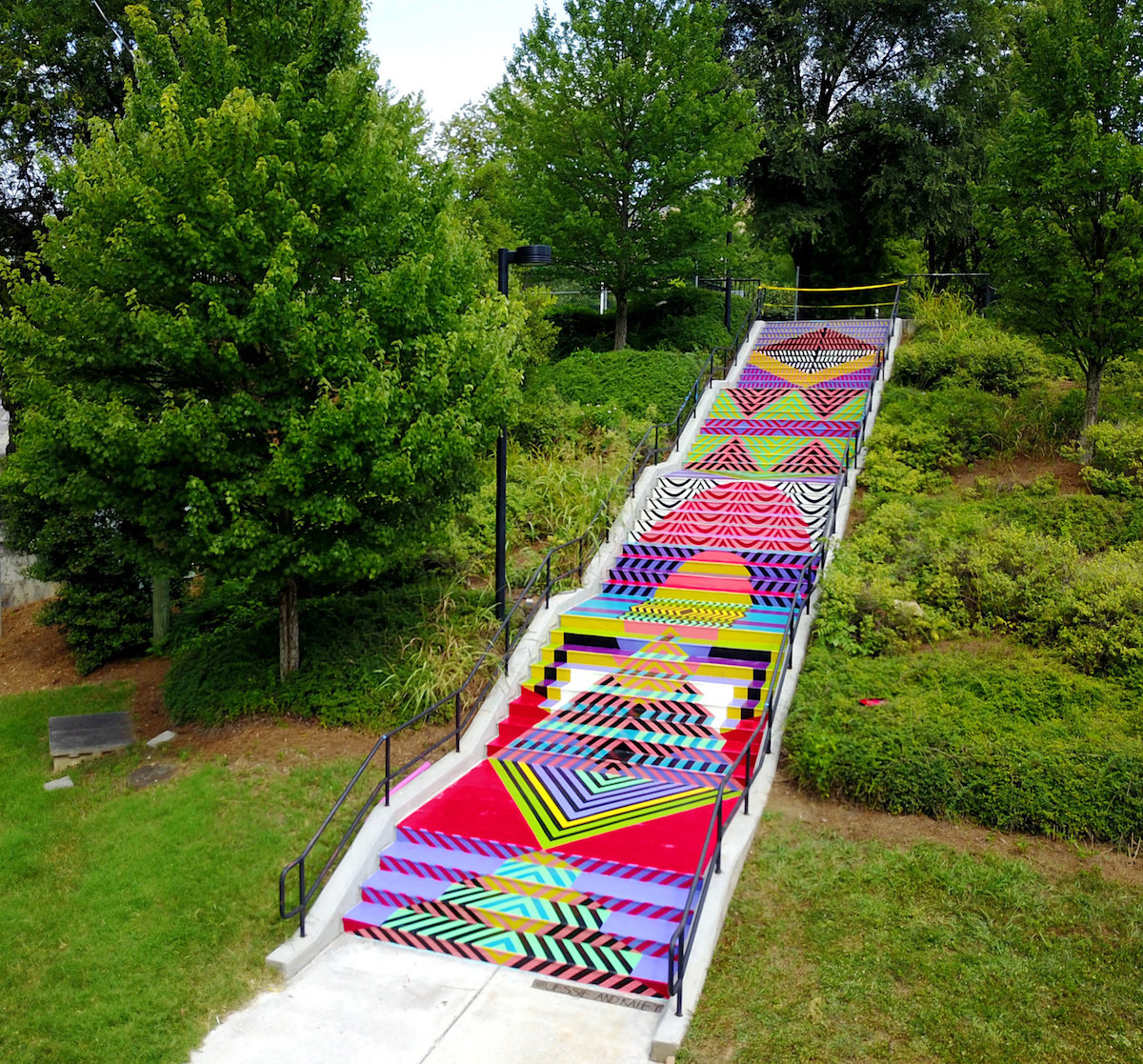 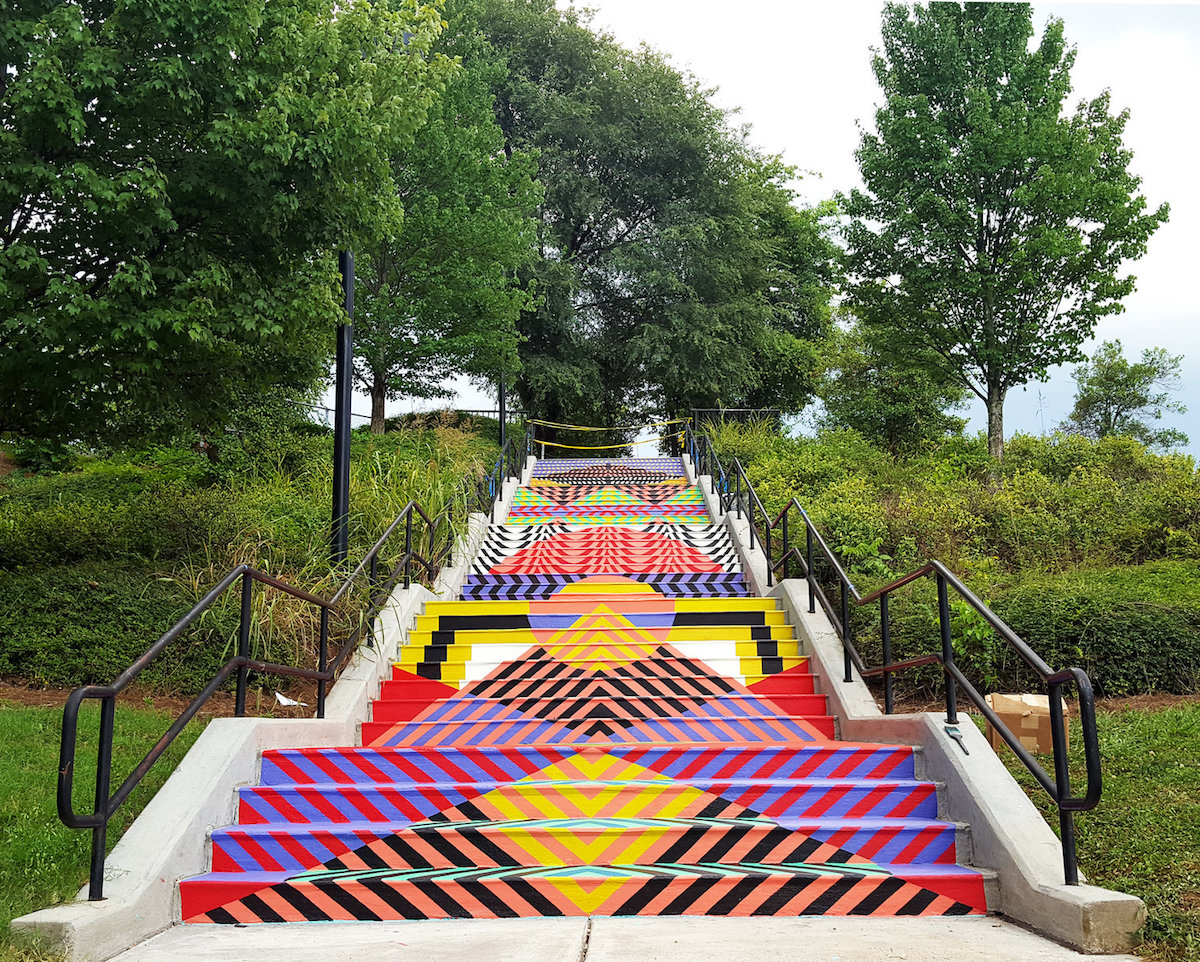 Love this street art? Share
Like My Modern Met on Facebook
Get Our Weekly Newsletter
Become a
My Modern Met Member
As a member, you'll join us in our effort to support the arts.
Become a Member
Explore member benefits