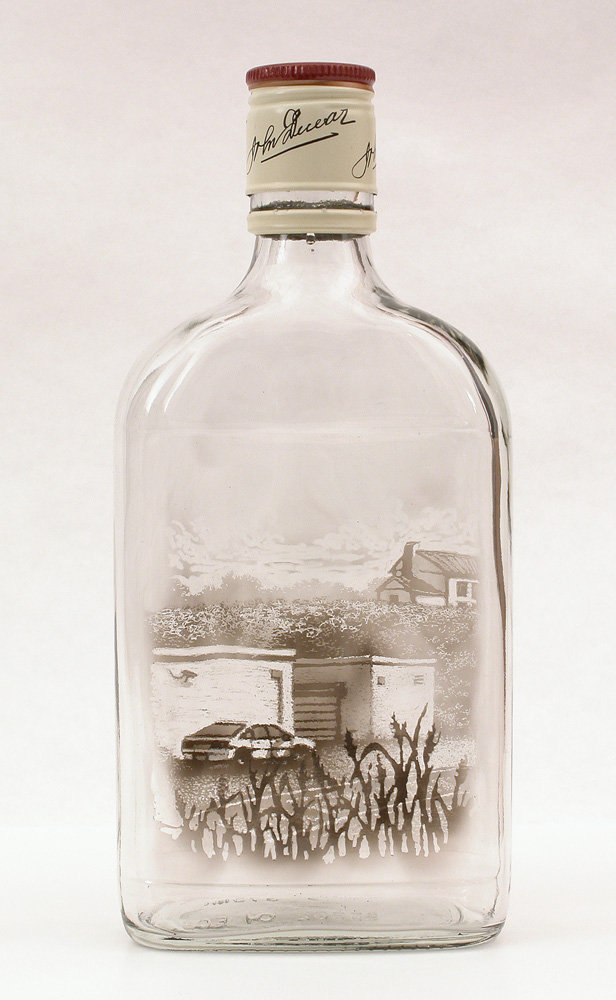 Artist Jim Dingilian's series of works feature several glass bottles displaying monochrome landscapes. What separates Dingilian's “paintings” from other works, other than his unique curved canvases, is his technique–he paints with candle smoke. After laying a coat of soot on the lining of the bottles, the artist wipes and etches away with skewers and needles to construct the meticulously defined landscapes. The tedious task requires steady hands and the utmost patience.

Interestingly, the artist's chosen environments are areas that the specific bottle may be found in. Dingilian says, “The miniature scenes I depict are of locations on the edge of suburbia which seem mysterious or even slightly menacing despite their commonplace nature. The bottles add to the implied narratives of transgression. When found by the sides of roads or in the weeds near the edges of parking lots, empty liquor bottles are artifacts of consumption, delight, or dread. As art objects, they become hourglasses of sorts, their drained interiors now inhabited by dim memories.”

Dingilian's artistically crafted bottles are currently on display at two exhibition spaces. They can be viewed as part of the group series entitled Swept Away: Dust, Ashes, and Dirt in Contemporary Art and Design at The Museum of Arts at The Museum of Arts and Design in New York until August 12, 2012 and at The Aldrich Contemporary Art Museum in Connecticut, under the exhibit title Subtractive Images, until June 10, 2012. 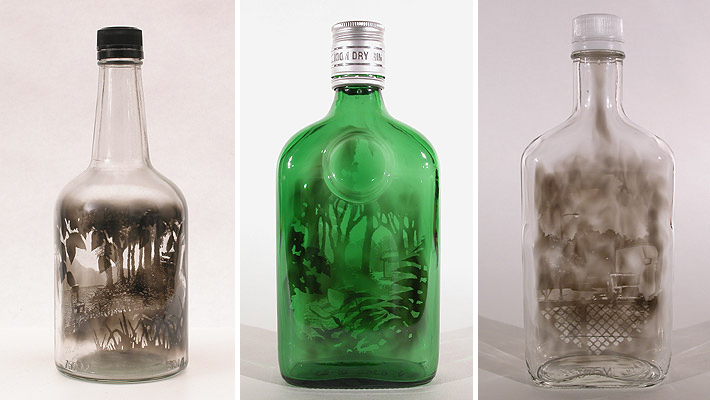 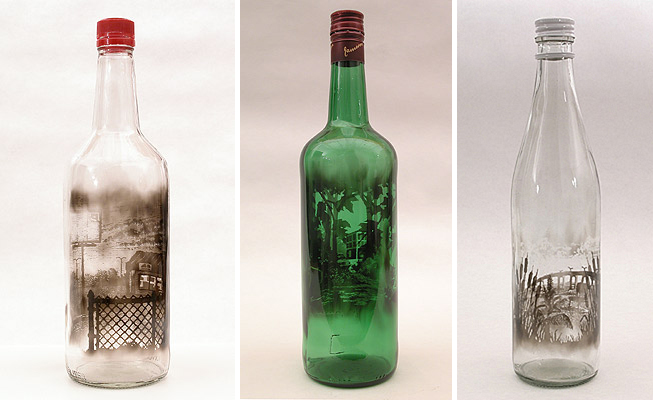 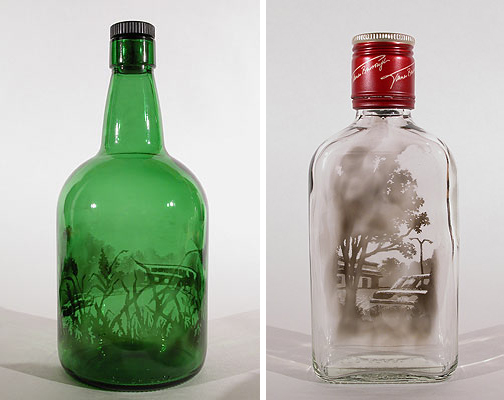