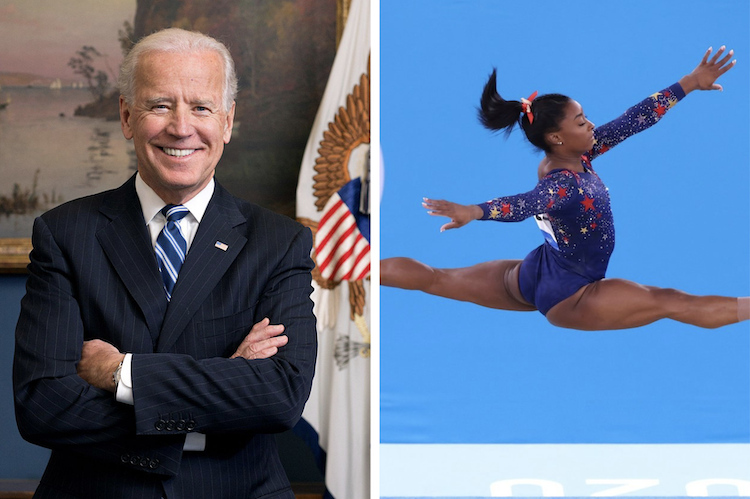 As the Tokyo 2020 Olympic Games drew to a close, President Joe Biden and First Lady Jill Biden met with the Team USA athletes to congratulate them for their performance representing the U.S. on the world stage. During the virtual meeting on Saturday, President Biden had a few words in particular for Simone Biles. The Olympic gymnast made waves with her courageous decision to withdraw from several of her events due to struggles with her mental health—an action practically unheard of in the high-stakes competition. However, Biles was still able to return and compete in her last event, winning a bronze medal in the women’s balance beam final.

Despite the pressure, Biles was ultimately proud of how she and her team handled the setback, admitting that she probably would have been “too stubborn” to do the same earlier in her career. “The Olympics was not how I expected it to go,” the decorated athlete admitted, “but putting my mental and physical health first will probably be one of my greatest accomplishments… To have mental health be talked about more in sports is really nice because, at the end of the day, we are humans before athletes.”

President Biden showed nothing but support for Biles’ achievement, commending her for the courage she showed in prioritizing her mental health. “You set an example,” he remarked, admitting that it served to impact more than just athletes. “You—one of the greatest athletes in the world—you had the courage to say ‘I need some help. I need some time.’ You gave an example to everybody. And guess what? You got back up on that damn beam!”

Biles smiled at his kind words, laughing along with her fellow teammates as he added a few joking remarks. “I tell you what,” he continued, “doing a flip on a 4-inch beam is my idea of going to purgatory. I’d try most anything else before I’d try that.”

Scroll down to see the President’s full conversation with Team USA.

Watch the President's full conversation with Biles and Team USA: