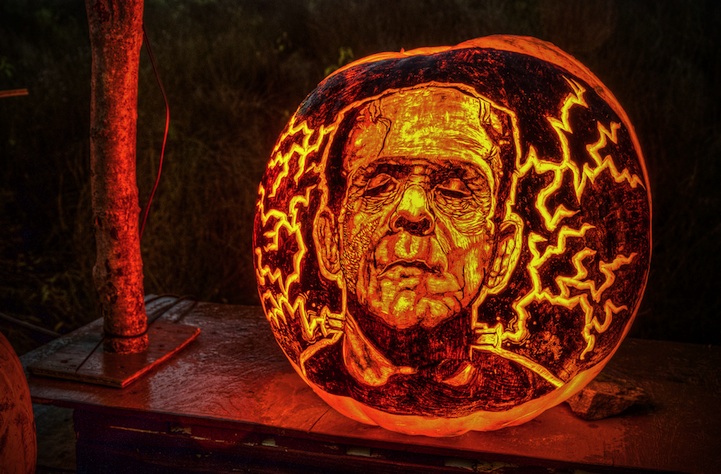 It's that incredible time of year again when regular old pumpkins turn into magical works of art! Roger Williams Park Zoo in Providence, Rhode Island is the place to be to witness intricate pumpkin art like no other. From October 3 to November 3, come see the Jack-O-Lantern Spectacular, a jaw-dropping display of 5,000 illuminated jack-o-lanterns many of which are decorated in a peculiarly interesting way.

The crew from Passion for Pumpkins, led by John Reckner, consists of full-time artists and many part-timers who use ballpoint pens, oil-based markers and paring knives to create spectacular pumpkin art. Instead of cutting through the pumpkin, the crew shaves it with a paring knife, which allows them to remove some of the skin. Then, the bottom is cut out and the inside is cleaned, leaving the skin about a quarter of an inch thick. This allows the light bulb to illuminate the image on the outside. Amazing!

These are photos from last year's event where well over 100 pumpkins were turned into amazing works of art. The theme was “All the World's a Stage,” so pumpkins were carved into scenes from iconic and popular movies, Broadway shows and television series. Photographer Frank C. Grace of Trig Photography shot these great HDR photos. He was asked by the Reckner family to document the scene. “It was an honor to be asked to photograph such an event,” Grace tells us. “You might be thinking, ‘Why? They are merely jack-o'-lanterns!' Travis Reckner (John's son) asked and hired me to photograph the display because their works of art do not last that long. Depending on the weather they could last a week or just a few days so he wanted to have images of the crew's work and wanted them captured in such a way where you could appreciate all the detail and hard work that went into making every single one of the jack-o-lantern masterpieces.

“It was pretty awesome. Because I was taking long exposures, I had time to watch all the spectators that were walking through the Spectacular. It was especially moving to see the little kids stare at the pumpkins as they recognized their favorite cartoon and movie characters. I can honestly say that I didn't see anyone just stroll though the display without a look of awe in their eyes.” 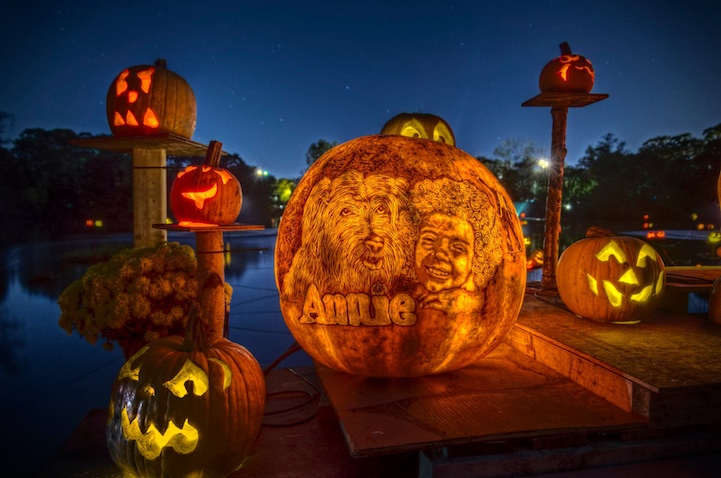 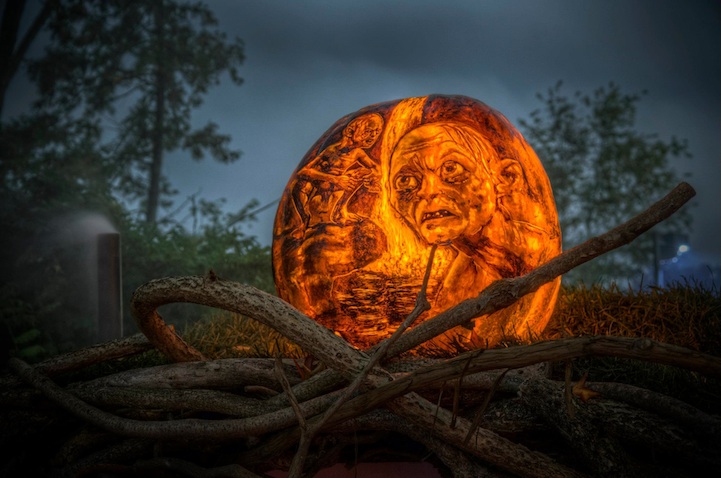 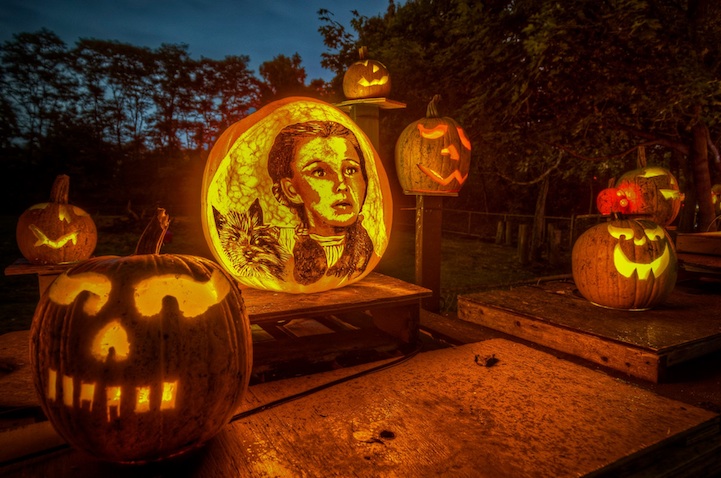 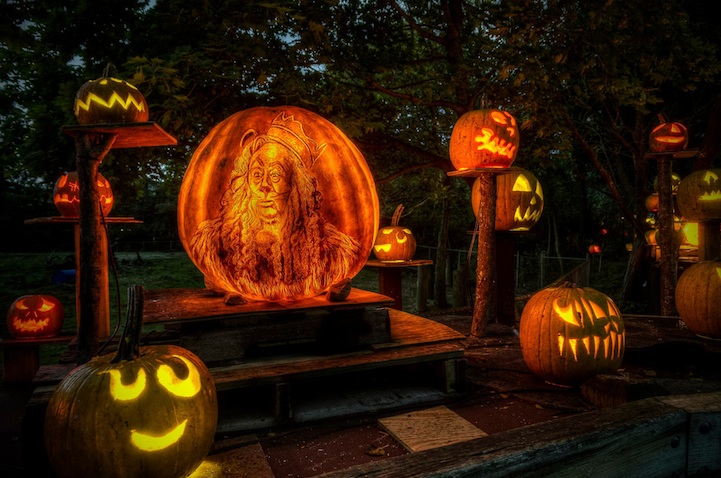 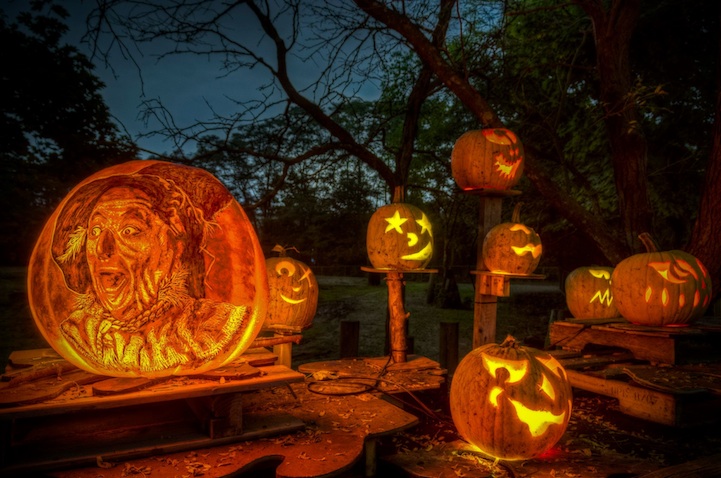 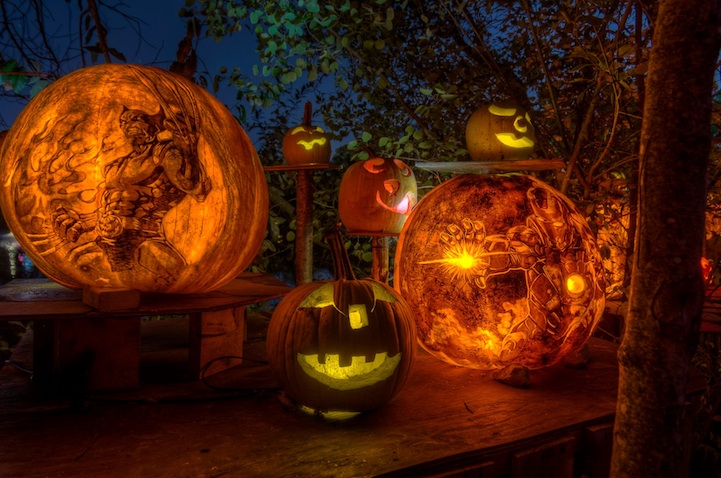 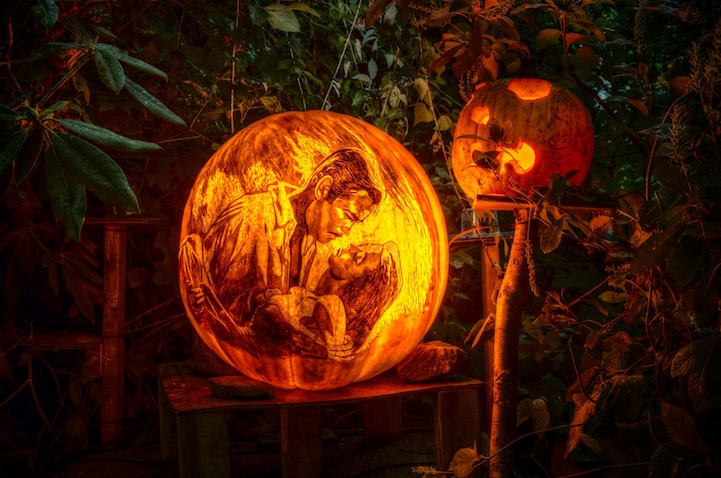 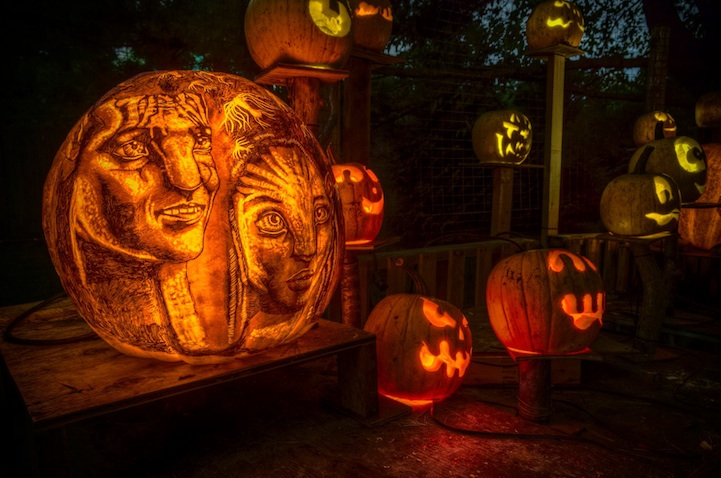 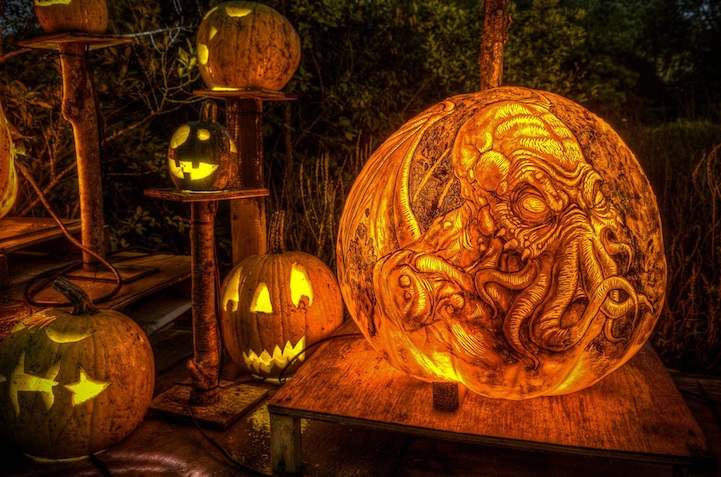 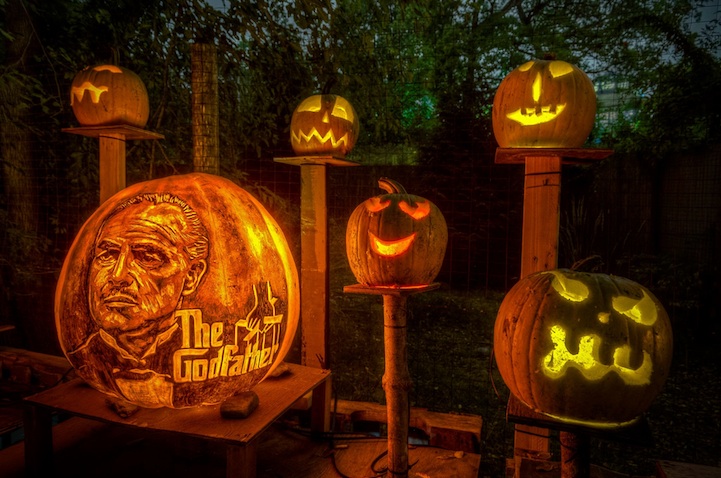 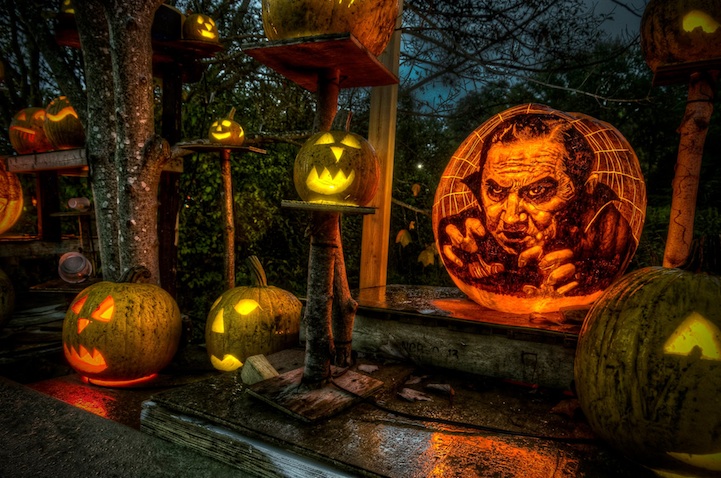 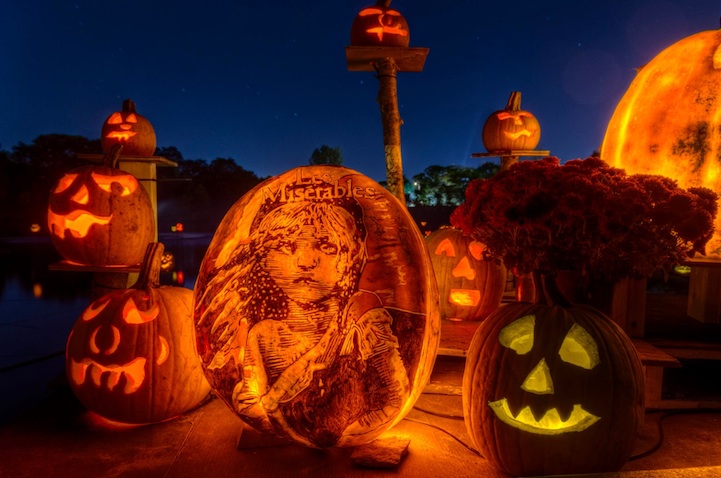 We asked Grace to give us some tips on how to shoot lit up jack-o'-lantern events like this. “They don't normally allow photography at the event,” he told us. “I was asked to shoot it so I was allowed to use a tripod but I was incredibly cautious not to get in anyone's way. If you are going to shoot it while you walk though the display, shoot at a high ISO, as high as you can with little noise, and turn on any vibration control your camera has if it has that capability. Also, don't use a flash. As dark as it is, flash isn't allowed and if you have a flash going off the photos will look bad and not capture the ambiance of the scene. You'll also ruin the experience for other that want to view the display. Oh, if your camera has ‘spot metering,' use that so that you can get a good exposure to the carvings.