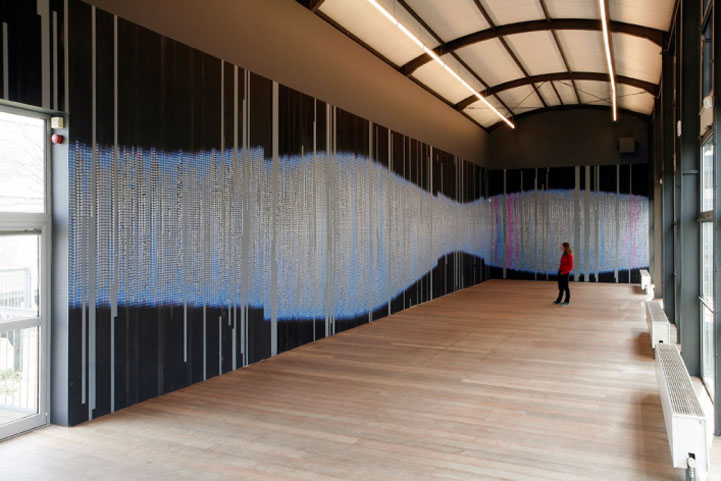 From a distance, this Sky-catcher wall installation seems to be a simple wave-like pattern filling the walls of the Museum De Paviljoens in Amsterdam. As viewers step closer, a discovery of unimaginable details will blow you away. Artists Jonathan Puckey and Luna Maurer actually took the sky and hung it on the walls.

Years ago, Maurer installed a camera on a rooftop in Amsterdam that takes a picture of the sky once every five minutes. To create this wall piece, Puckey and Luna sorted through a selection of more than 88,000 of the sky photographs, choosing to show one image taken every ten minutes. The installation consists of hundreds of vertical strips where each column of small pictures is formed by a series of 144 photos, and visually portrays the changing of the sky across the course of one day. Collectively, the wall print covers a period of two years. When viewed from a distance, visitors can see the visual patterns of time formed by the light from mornings and nights, as well as the length of summer and winter days.

When describing the project, the museum website says, “The wall print contains a wealth of information that reveals itself to a close observer. Even within the dark night images, there is much to discover: fireworks on January 1st, the Moon, swirling plumes of smoke. On a few occasions, the night is remarkably light, due to the fact that falling snow is reflecting the shine of the Moon, stars and streetlights.” 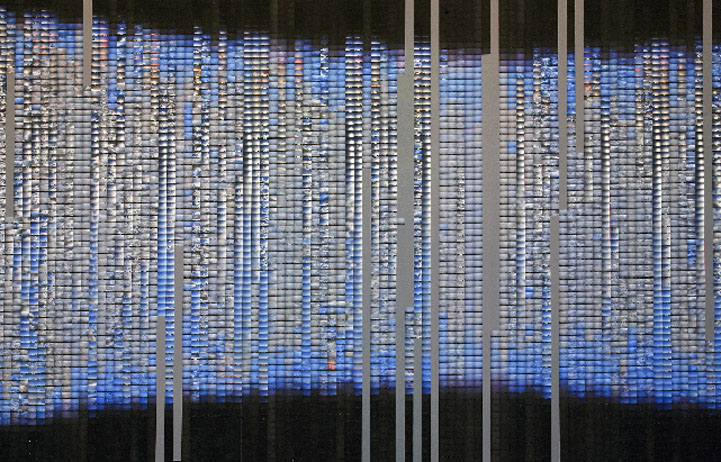 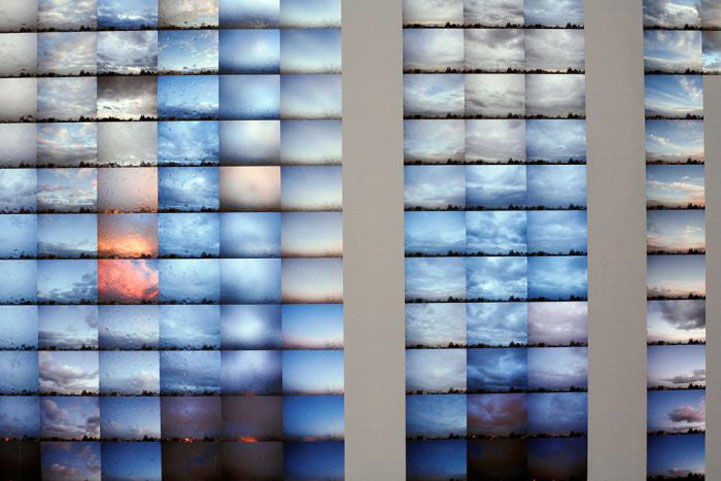 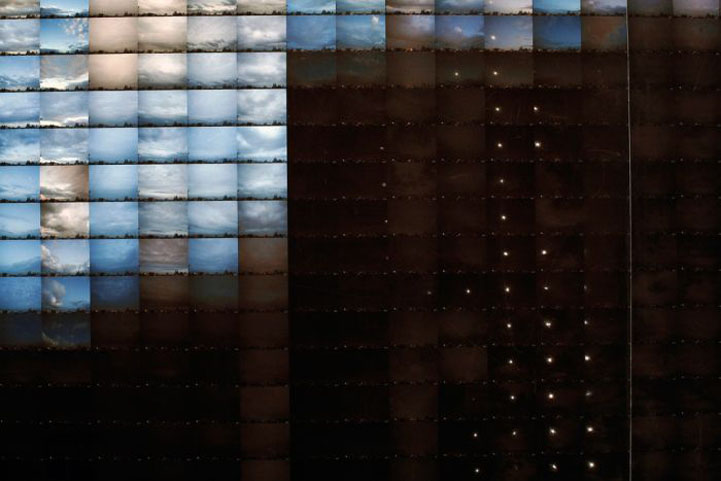 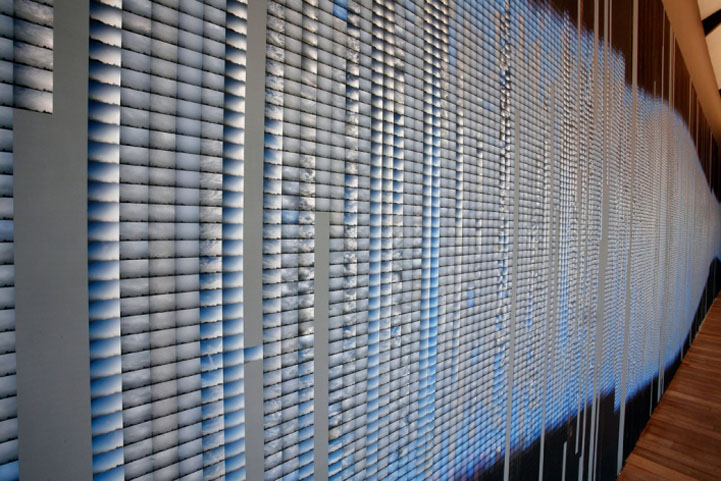