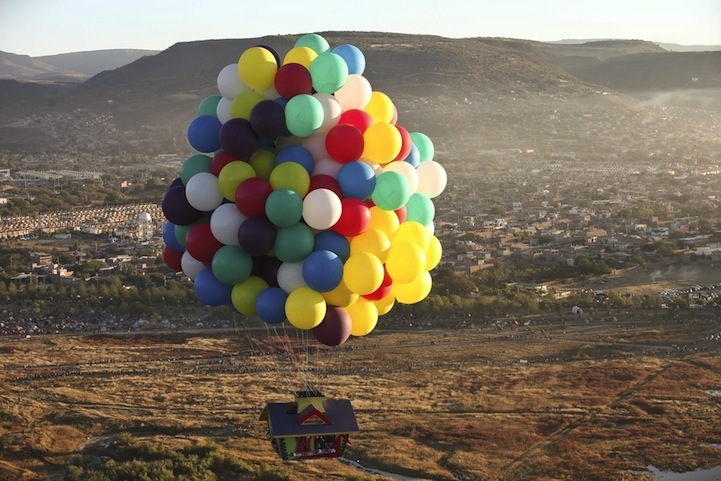 Over the weekend, adventure seeker Jonathan Trappe, who originally hails from Raleigh, North Carolina, successfully flew a house over 20,000 feet in the air, lifted by helium-filled balloons in Leon, Mexico, as inspired by the Pixar film Up. The expert cluster-balloonist, who has already accomplished similar feats of air travel over the Alps and the English Channel, is preparing for a journey like no other. This particular experiment in Mexico was only a test flight for Trappe's greater, more ambitious trans-Atlantic expedition.

In 2011, Trappe had set the world record for the largest balloon cluster flight ever attempted with 300 weather balloons lifting a yellow house over 10,000 feet into the air and staying afloat for approximately an hour. This new challenge would require far more than an hour in the air to sail the skies across the Atlantic Ocean with the aim of landing in France. With the ultimate goal in mind while remaining preparedly cautious, Trappe's cluster-balloon aircraft is equipped with 365 helium balloons attached to a rowboat, in case he needs to ditch the mission at sea.

The project is currently seeking to raise $299,999 for 106,215 cubic feet of helium with just under a month left for the public to contribute through their Indiegogo page. If they raise the money to fund their project, they will also be creating a television documentary about the adventure.

Does this remind anyone of that other Up-inspired floating house? 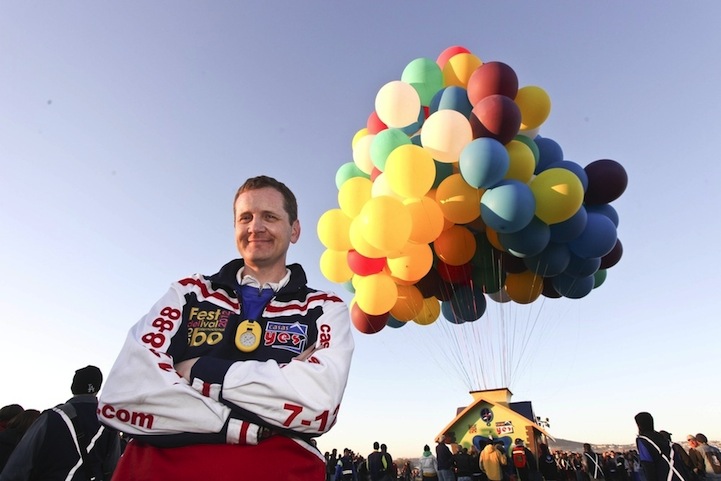 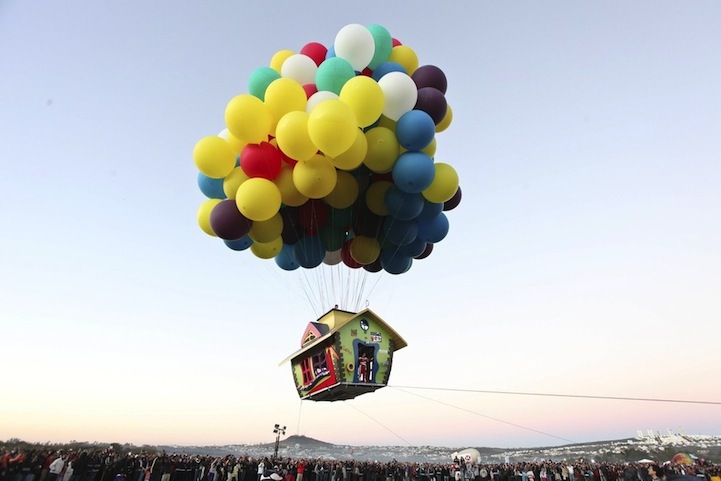 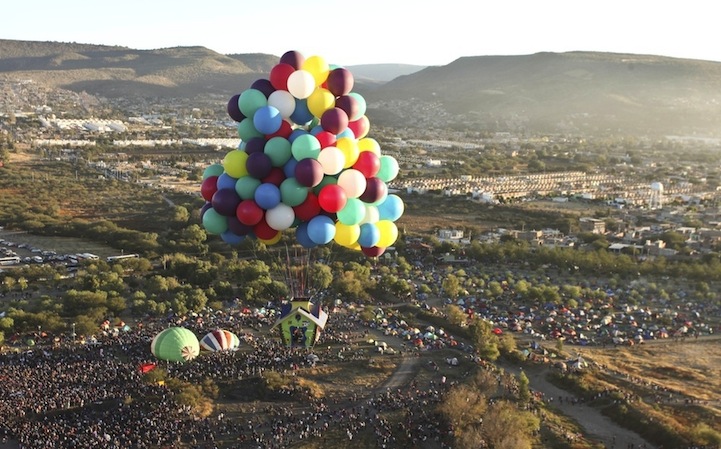 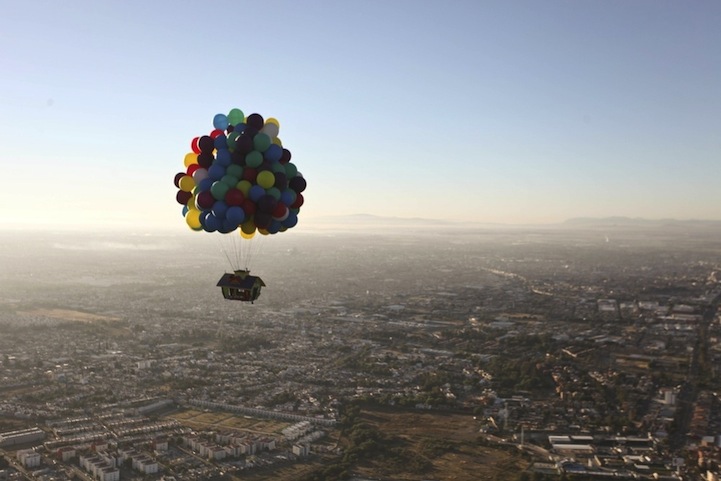 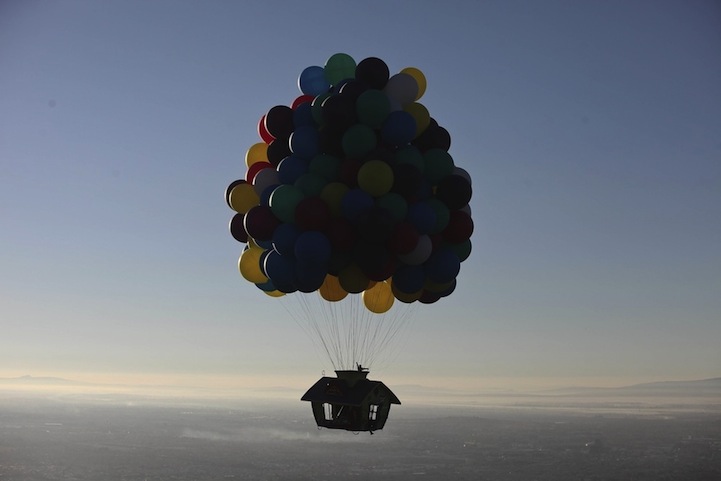 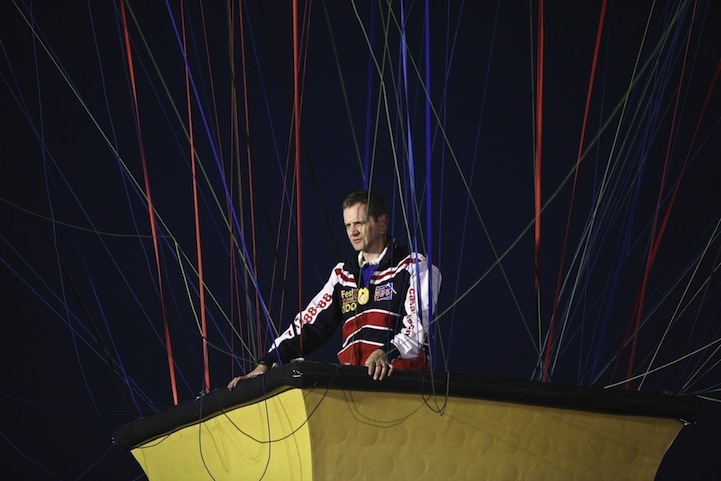 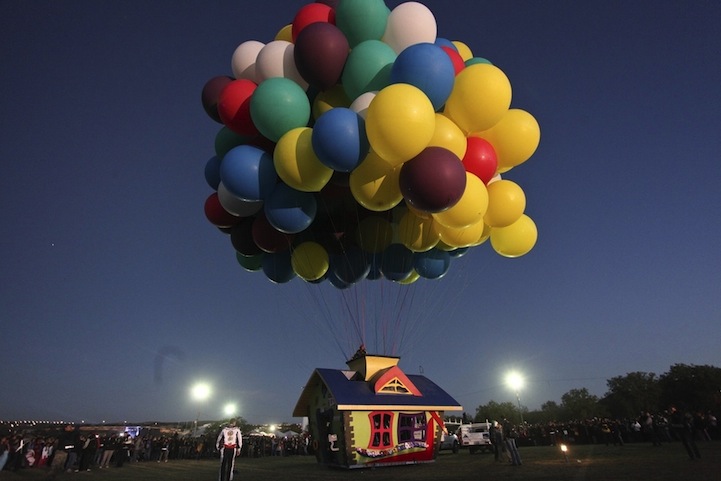