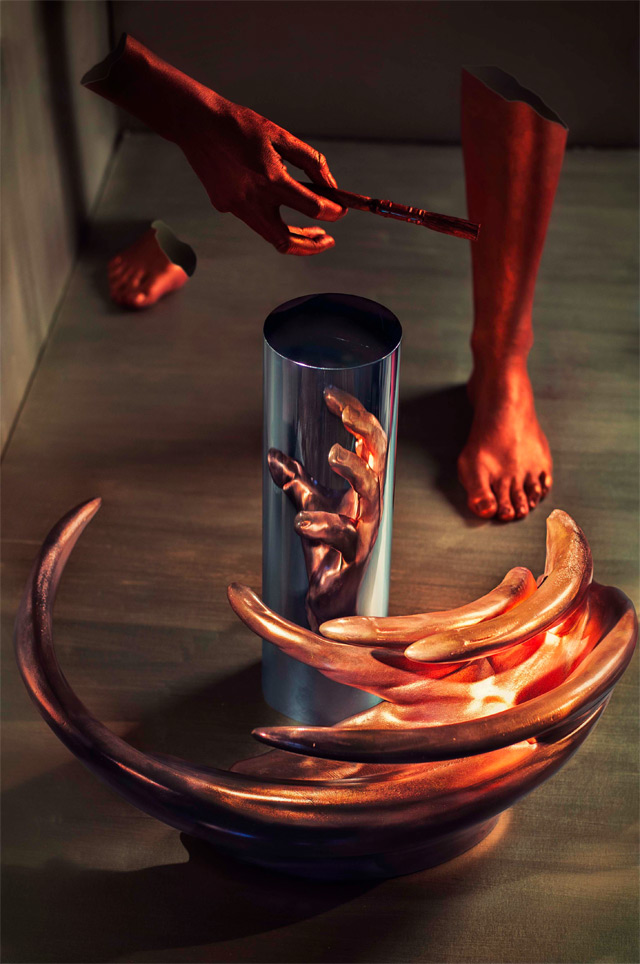 Johannesburg-born, London-based sculptor Jonty Hurwitz constructs incredibly complex anamorphic structures whose true forms can only be seen through precise perspectives. Some of his creations feature an abstract figure circling a metallic cylinder whose purpose is simply to reveal a recognizable shape within its reflection. In the piece titled Rejuvenation, the chrome cylinder in the center visually transforms what appears to be a misshapen mold of copper is into a grasping human hand.

Hurwitz's body of work also includes anamorphic content that is devoid of a reflective plane. In these pieces, the artist breaks down figures and spatially divides them in particular compositions. They are often accompanied by a circular peephole from which a viewer is meant to view the distorted pieces as its true, composed form. In either case, perspective is the key to unlocking the warped sculptures that Hurwitz constructs with scientific precision. Using 3D scanning and the power of p, the artist finds a way to assemble his meticulous pieces. He says, “Finding that line between art and science is the underlying motivator in my art life.”

If you're in London, Hurwitz is scheduled to have a piece on display at the Kinetica Art Fair, which is running from February 28th to March 3rd. In the meantime, check out the video, below, to see a 360 view of his piece titled Co-Founder (previously The Thinker) at Tower 42. 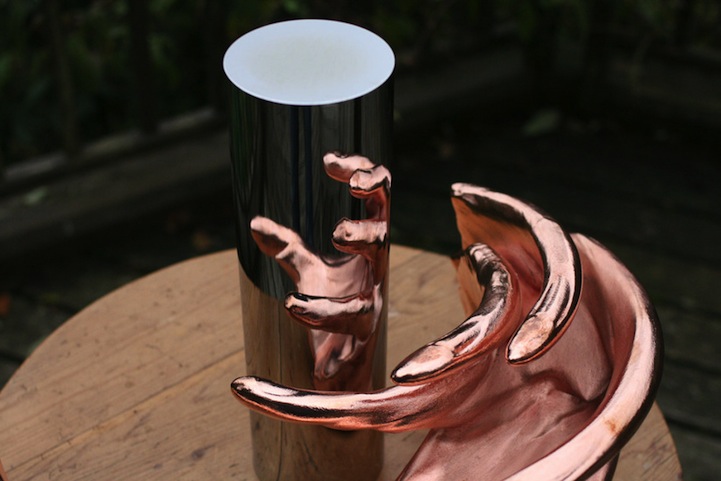 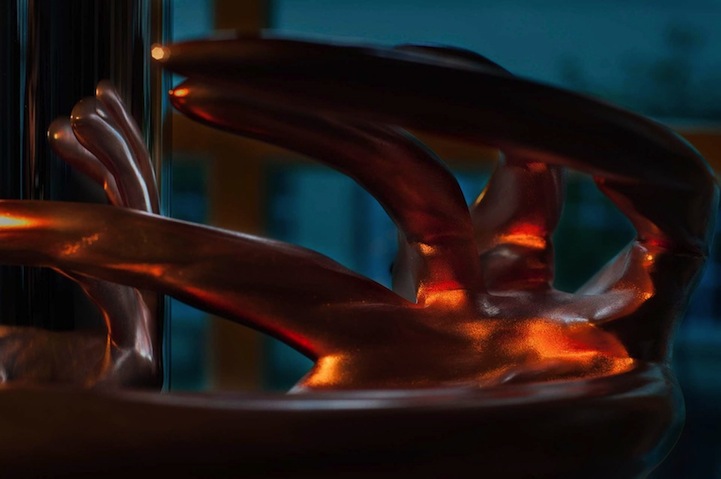 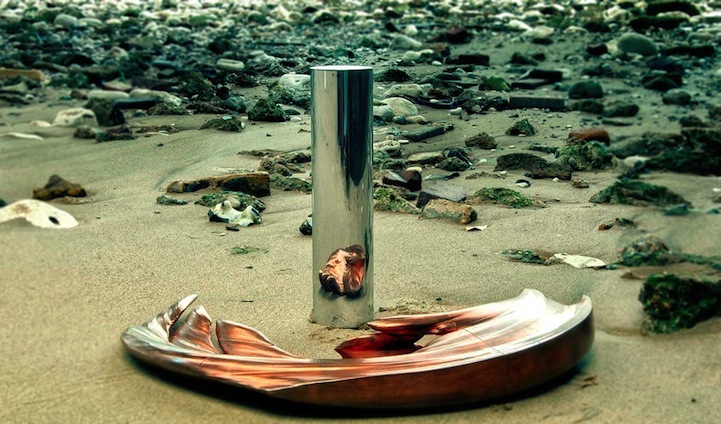 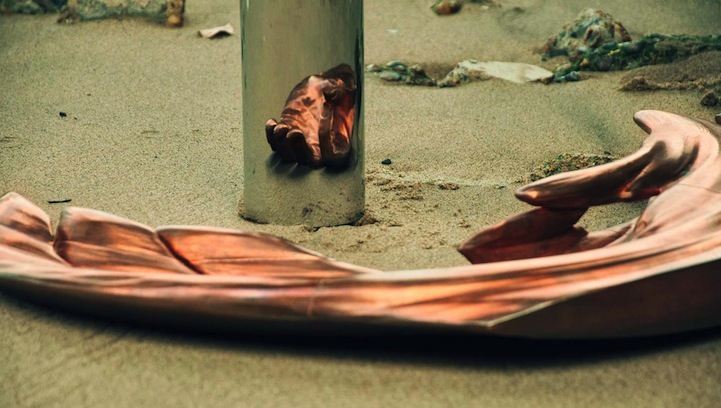 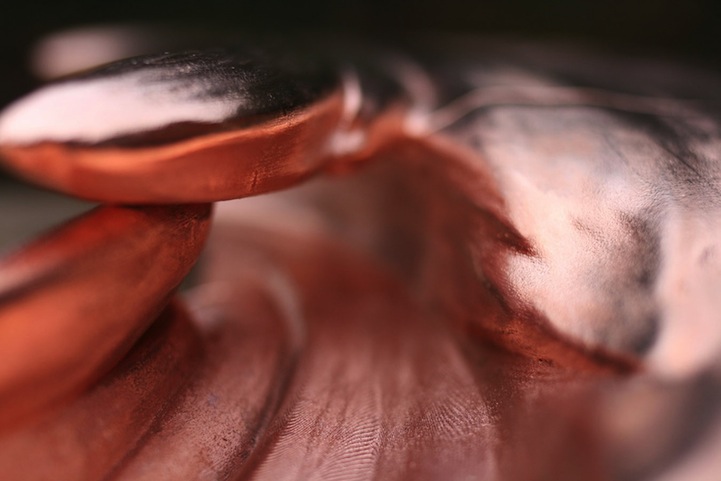 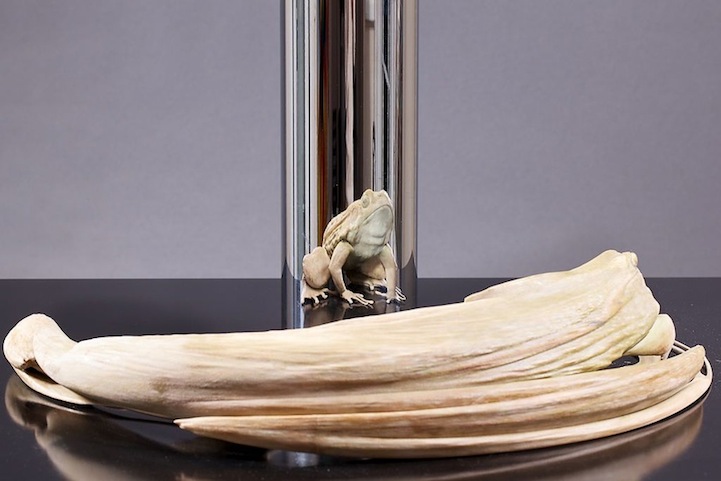 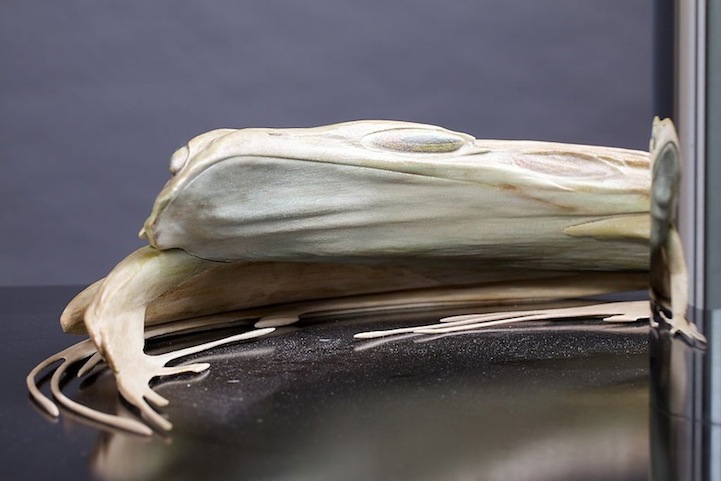 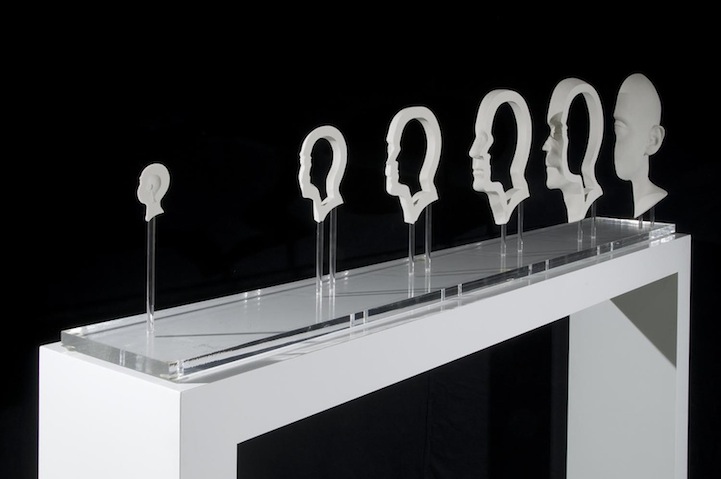 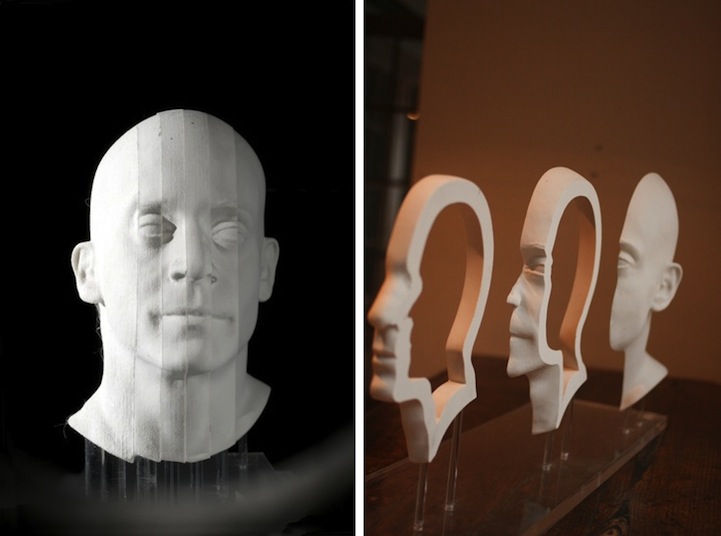 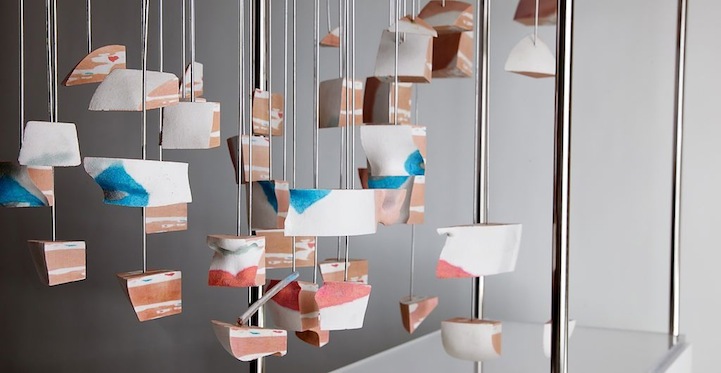 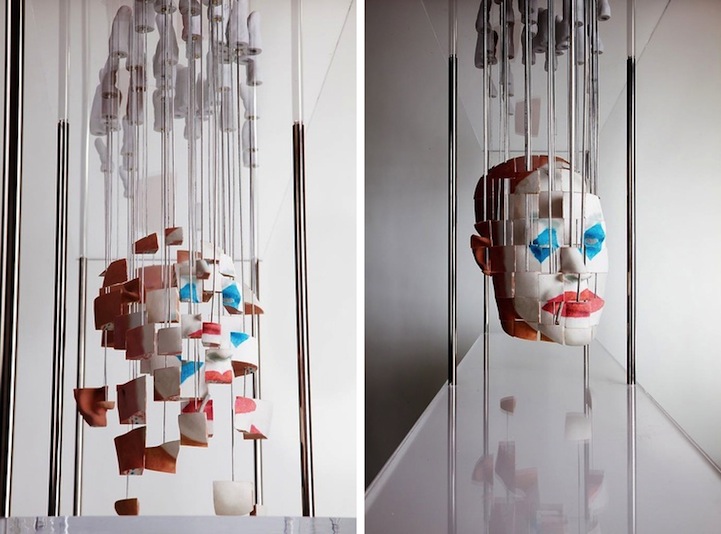