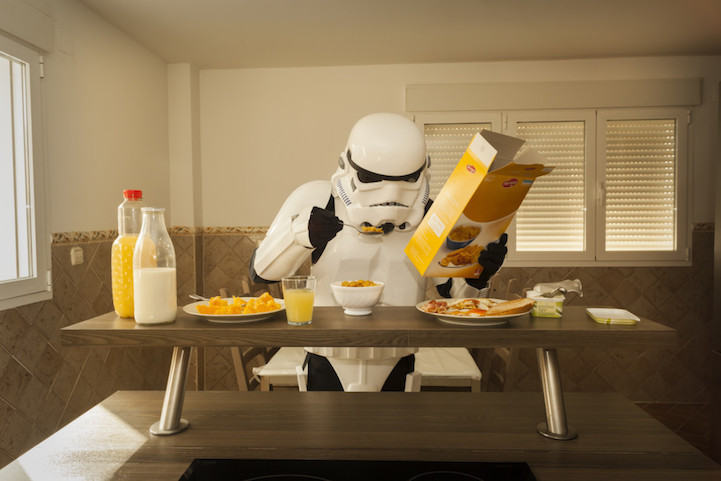 Have you ever wondered what an Imperial Stormtrooper does on their day off? Photographer Jorge Prez Higuera has, and his series The Other Side takes an amusingly revealing look at what that entails. Turns out, it's not all that different from us: they're reading food labels at the grocery store; washing dishes; paying bills; and even relaxing in a jacuzzi with a fancy cocktail.

Higuera first embarked on this whimsical project while in his last year of college in Madrid, Spain, when he received a second-hand Star Wars Stormtrooper costume. He officially started it in 2012, enamored with the idea that these galactic fighters performed the same mundane tasks as everyone else. “They represent the galactic working class,” he explains to Wired. “Let's be honest, if that future existed, we would probably be imperial soldiers and not heroes or villains.”

Higuera hopes that, through his photographs, viewers will see there can be joy in a daily routine. “The most important thing for me is to value everyday life, underlining the fun aspects in each tiny detail from our day-to-day lives,” he says. “If this message doesn't fully come across, I would still be happy knowing that people feel connected to my photographs, even if it's simply by bringing a smile to their faces or making them laugh out loud. If it is indeed the latter, I would feel utterly satisfied.” 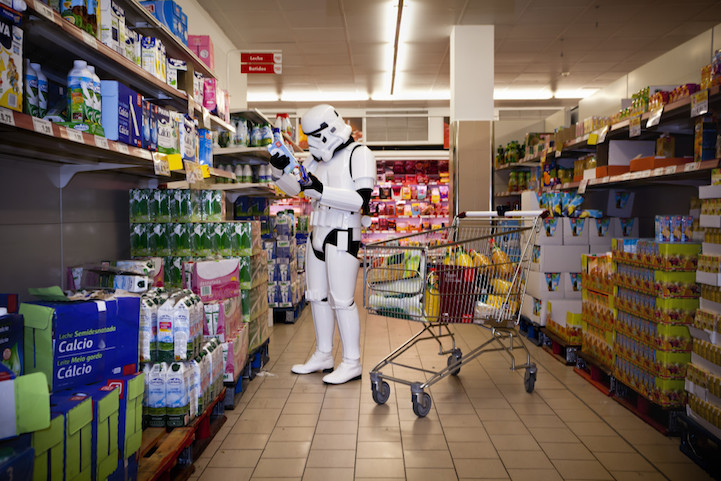 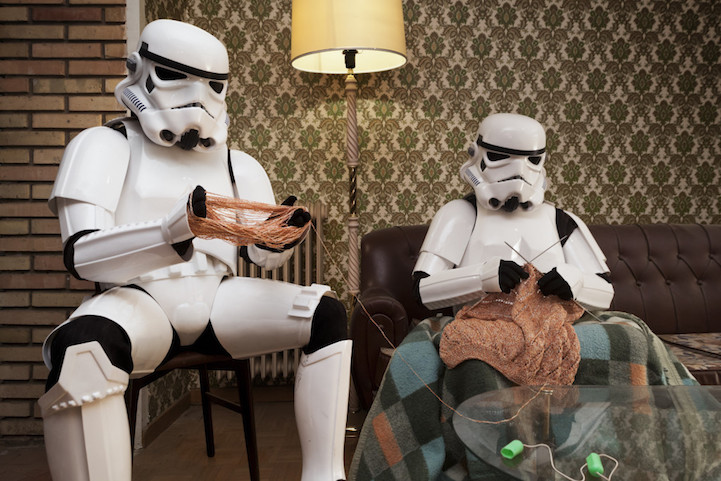 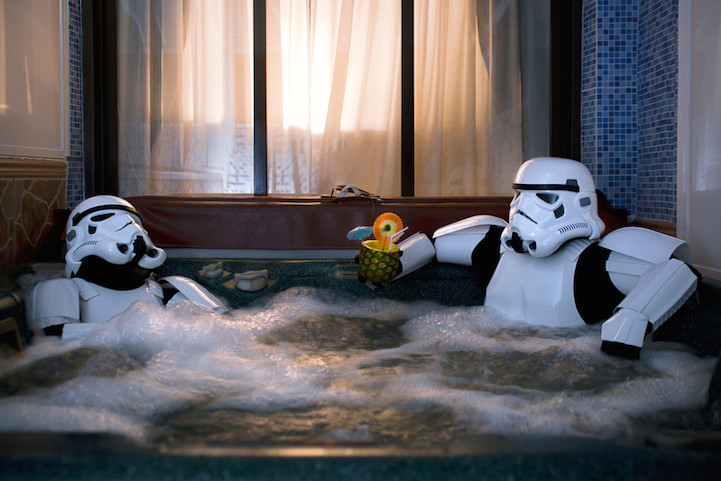 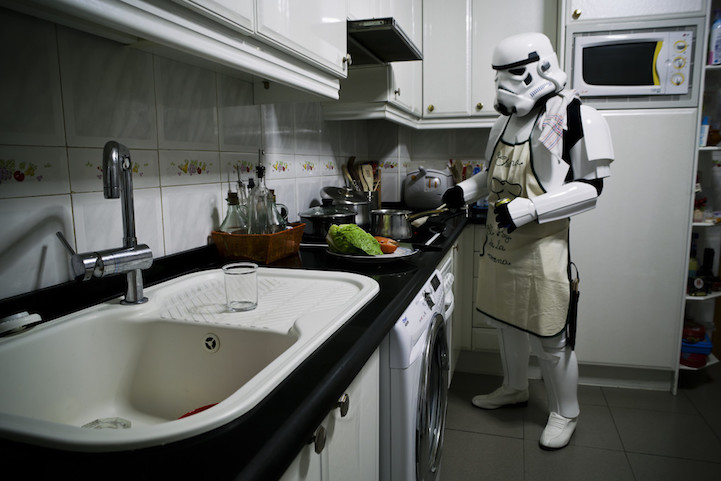 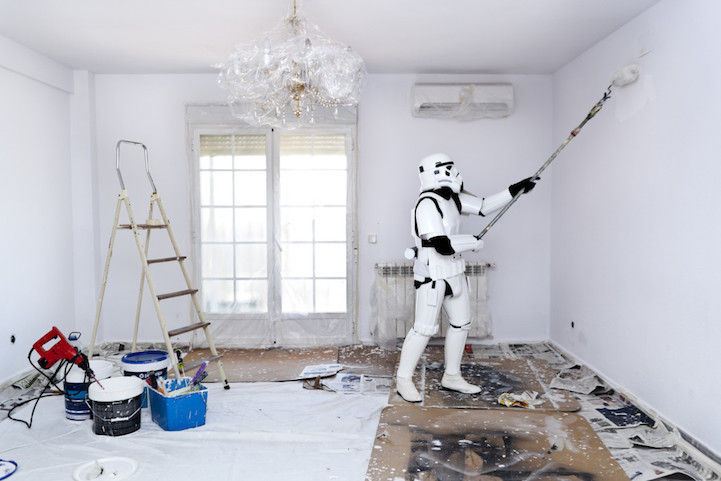 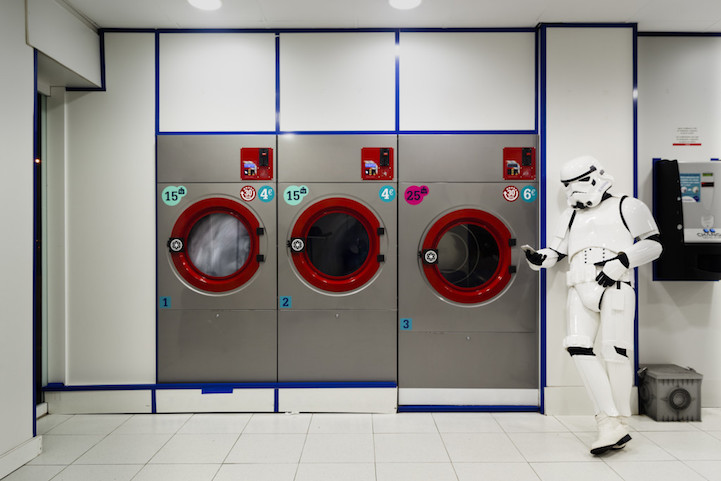 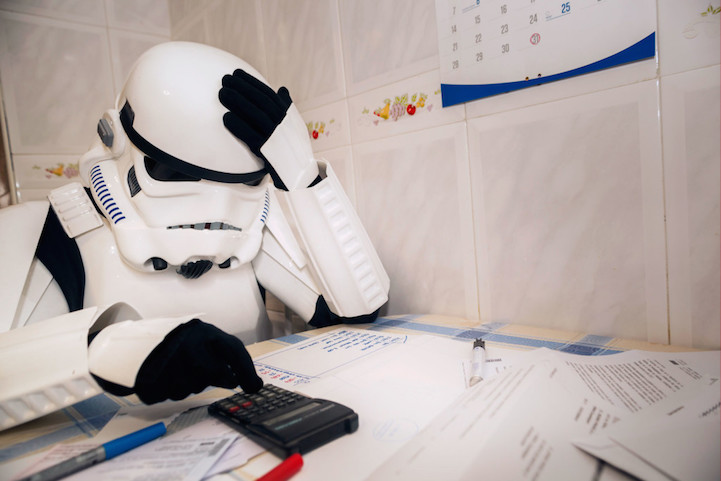 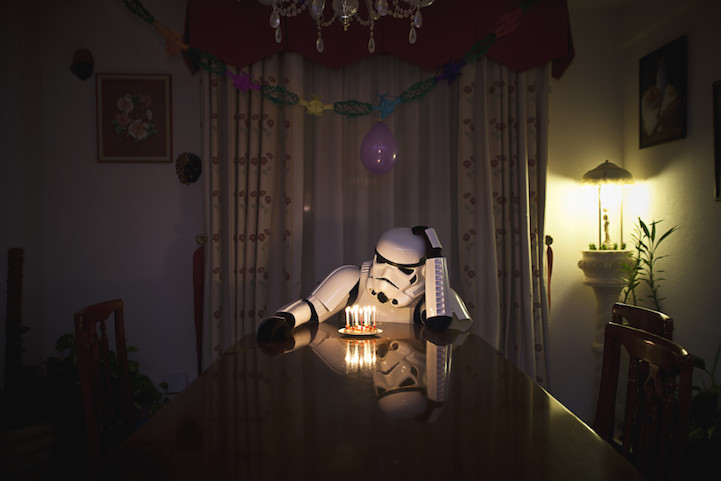 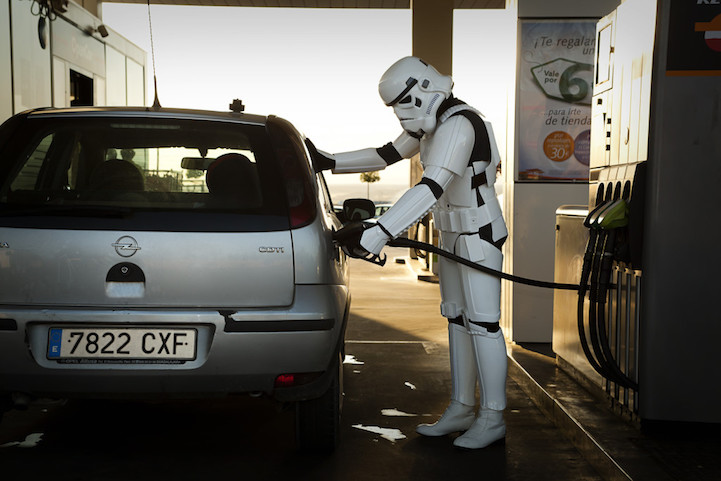 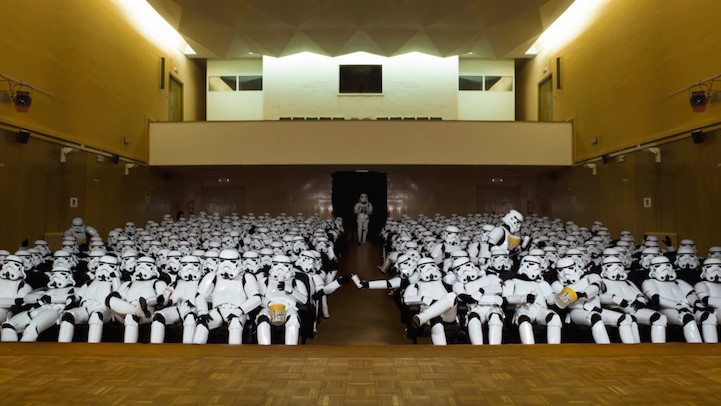