Otherworldly Towers of Frozen Sand Eroded by Gusts of Wind 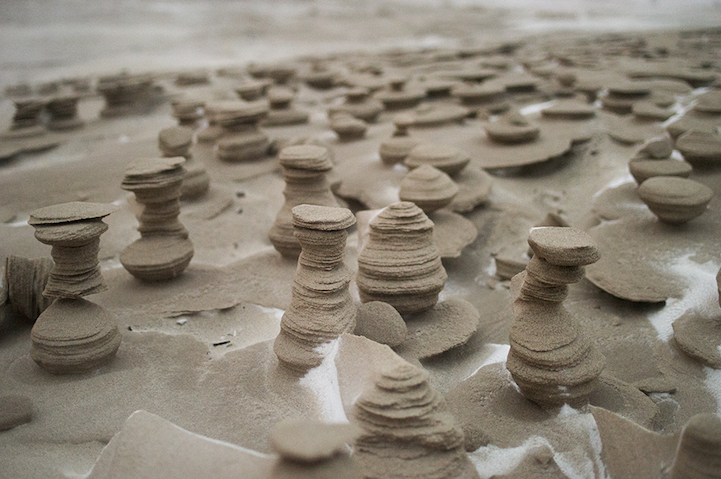 As temperatures in the upper parts of the US dipped down into the negatives, photographer Joshua Nowicki came across this strange sight in St. Joseph, Michigan. Dozens of small sand towers rose from the frozen surface of Silver Beach near Lake Michigan, making up a miniature landscape resembling otherworldly terrain or the surface of another planet.

The extraordinary phenomenon was due to the weather. Intense cold resulted in frozen layers of sand that were eventually eroded by strong gusts of wind, similar to how canyons and rock formations are carved by natural elements. The sand towers, which ranged in height from 6 to 12 inches, lasted only a brief period of time, as Nowicki discovered a few days later that they had melted away under sunny skies. 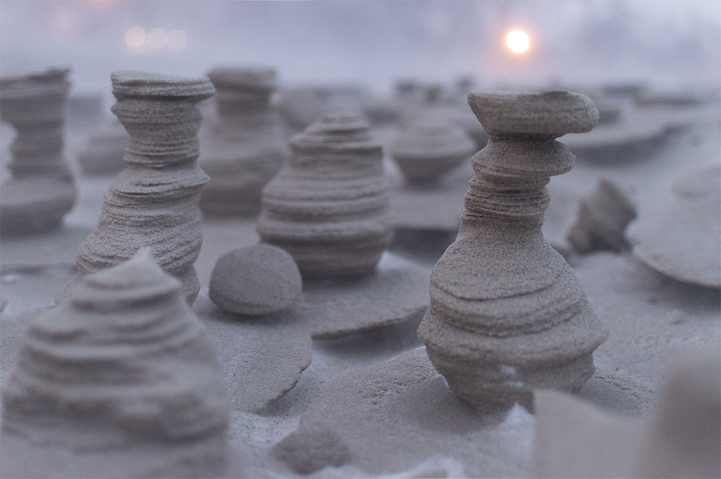 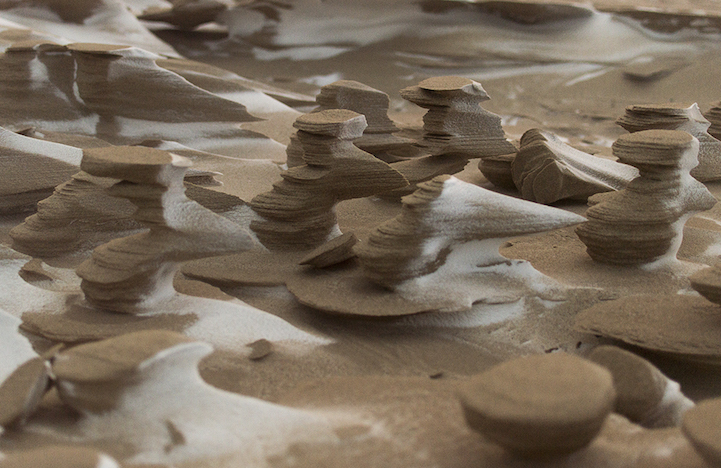 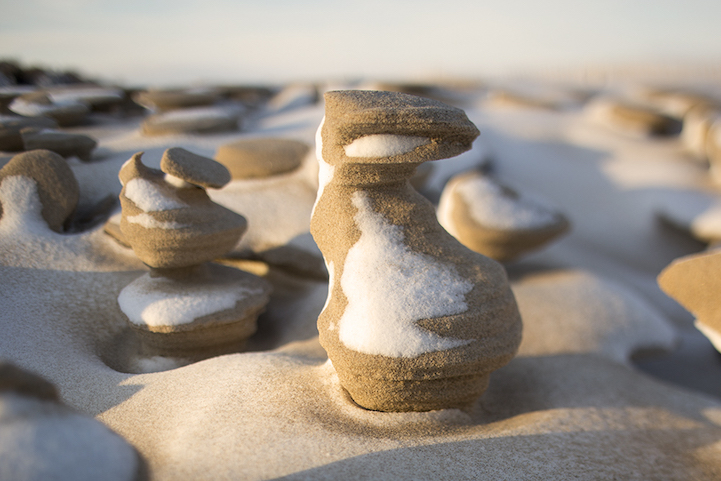 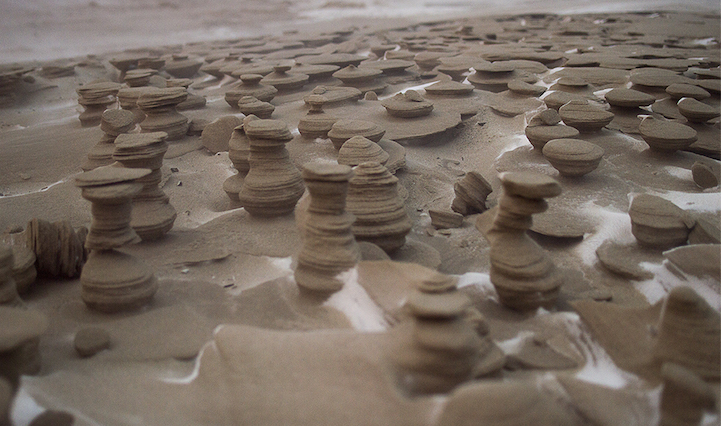 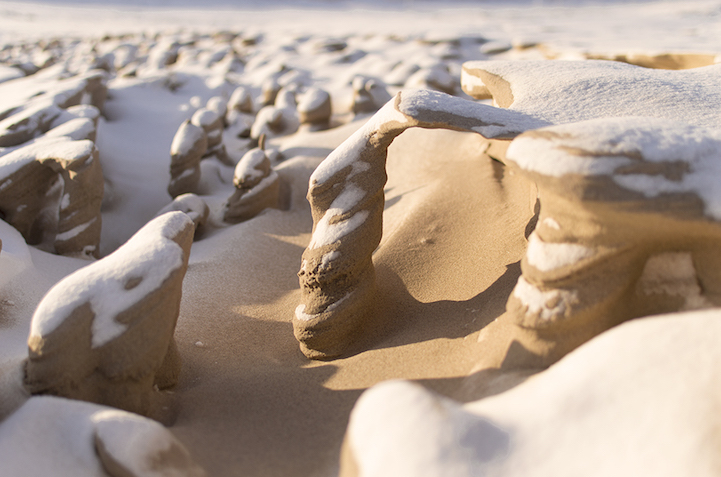