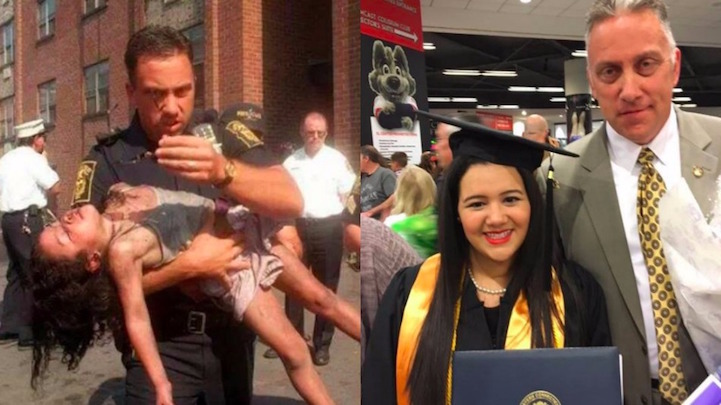 Back in June 1998, five-year-old Aponte was at her uncle's apartment in Hartford, Connecticut when the building caught fire. When the firefighters pulled her from the flames, she had stopped breathing and had no pulse, and Getz—a patrolman at the time—stepped in to help. A recruit drove the patrol car to the nearby hospital while Getz administered CPR in the back seat, and Aponte was finally resuscitated at the emergency room. She then spent the next month in recovery at the hospital, where Getz came to check up on her. He even gave her a teddy bear that she still holds dear.

Getz preserved a photo of the rescue on his desk and kept track of Aponte over the years as her schooling continued, “just to make sure she was doing well.” His own career grew, too, and he ultimately transitioned into a role as police detective before retiring, though he remains active in the Hartford community. Two years ago, Aponte sought out Getz herself in hopes of hearing his account of the traumatic experience, and they've stayed in touch ever since.

Aponte felt it was only right to invite her rescuer to her graduation ceremony. She says, “I wanted to share my graduation with everyone who's important to me, who have been there for me, and who helped me through tough times.” As for Getz, he explains, “I am humbled and honored to be noticed for this…But everyone, firefighters, dispatchers, hospital staff, did their part to save her.” It was a team effort, as the retired detective describes, but the bond between him and this new graduate is something singularly special—a reminder of the powerful impact any individual can have on another person's life. 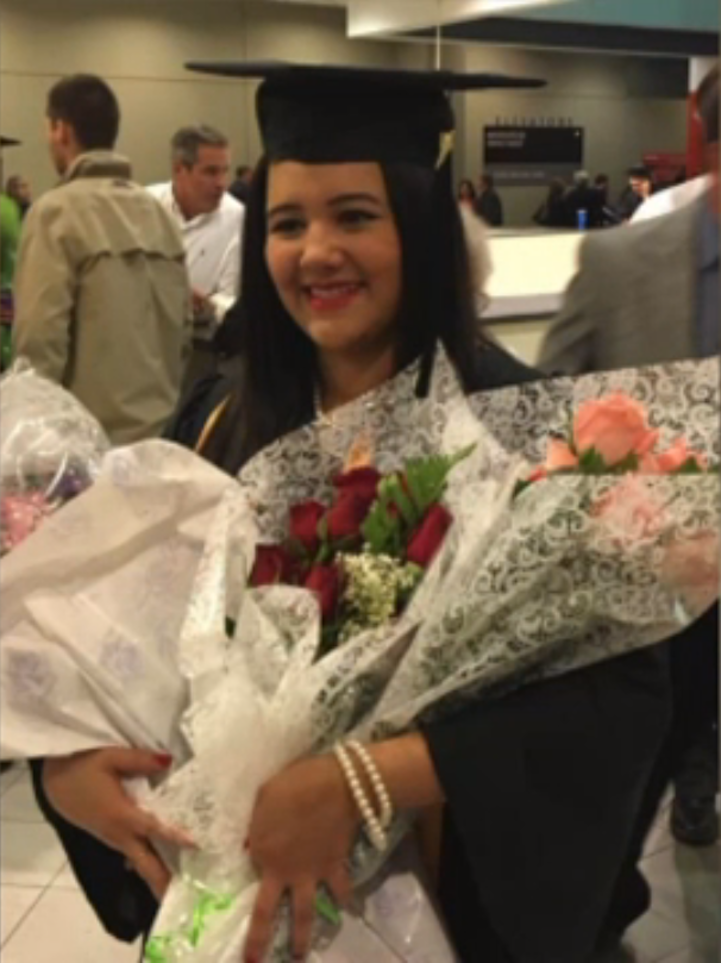 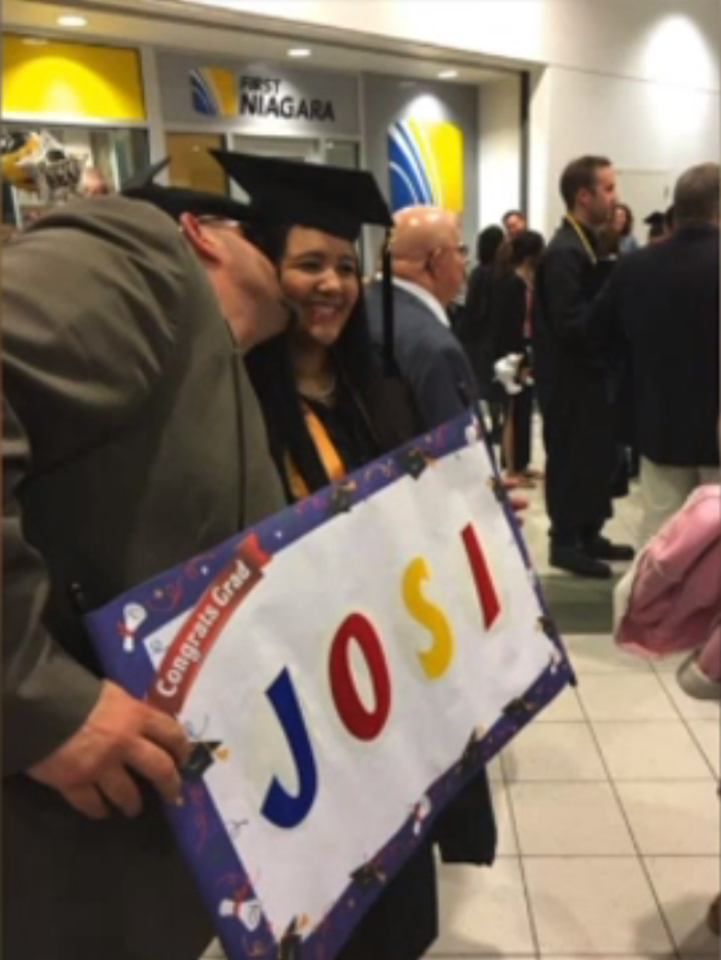 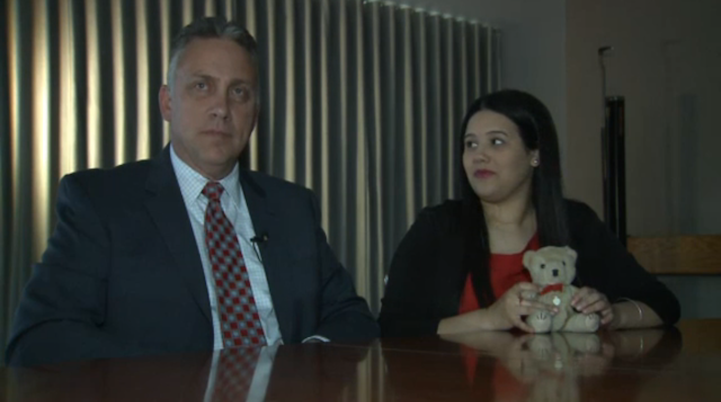 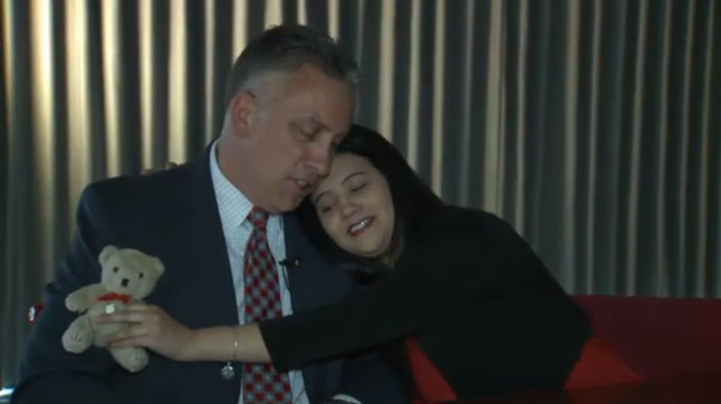 All images via KTLA 5 Morning News unless otherwise stated.