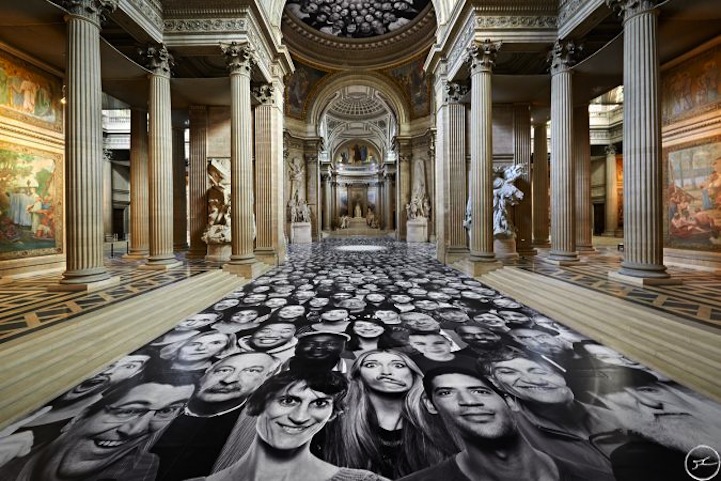 French street artist JR recently revealed a new installation, part of his ongoing series Inside Out, inside Paris' domed Panthon. Entitled Au Panthon!, the project features hundreds of black and white portraits that cover the floor and the ceiling (the cupola) of the interior, as well as the domed exterior, of the building.

The international participatory art project, Inside Out, allows people worldwide to get their picture taken and become a part of the artist's work. According to the artist's website, “As of January 2014, over 195,000 people from more than 108 countries have participated.” For Au Panthon!, the collage of faces were collected throughout March 2014 from photos that were uploaded to a project-specific website and taken from a Photo Booth truck that visited nine national monuments throughout France.

JR finds the world to be his exhibition space. He creates projects along streets, within neighborhoods, and throughout communities. In doing so, he exposes people to unexpected art and invites anyone who passes by to ask questions about why and to interpret the work for themselves. 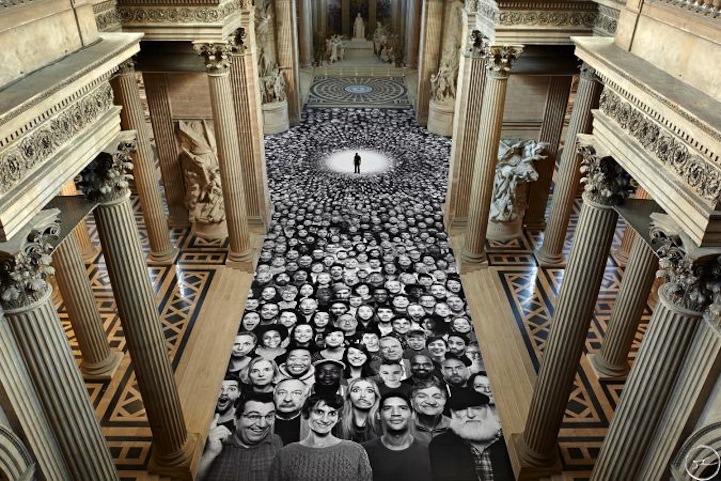 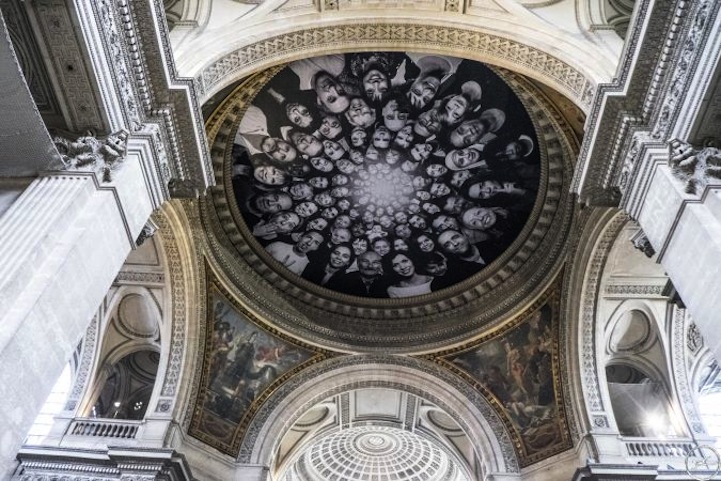 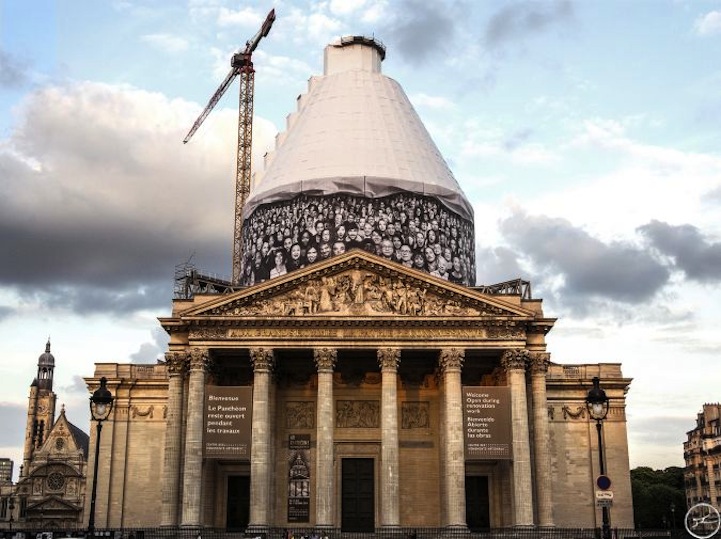 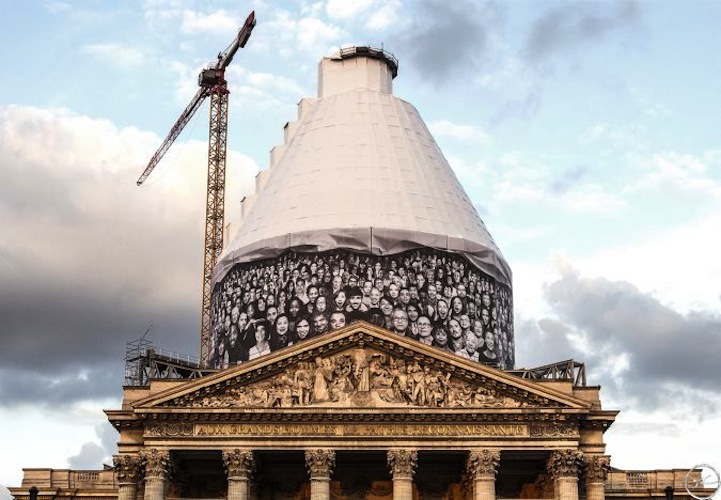