German sculptor Julian Voss-Andreae merges his passions for both science and art to produce all kinds of awe-inspiring work. With a background in quantum physics, Voss-Andreae sees his art as an experimental way to interpret the microscopic world around us. He says, “An ‘object' is something that lives completely in the paradigm of classical physics. But, for things that exist in the quantum realm, classical characteristics like location, defining physical characteristics, and deterministic behavior no longer apply.”

In his attempt to visually portray this ever-changing world, Voss-Andreae created Spin Family. The geometric series consists of five variously sized pieces that explore the two fundamental kinds of matter that make up the entire universe, bosons and fermions. Using steel frames, Voss-Andreae wove pink or blue silk throughout the center of each circular structure to reveal a pattern of symmetrical motion. The colors represent gender, with the largest blue piece entitled Father and the largest pink piece entitled Mother. The final, aesthetically pleasing sculpture series is a creative interpretation of the intricately detailed molecular world that exist around us.

If you like this kind of scientifically-based work, you will certainly enjoy Voss-Andreae's 8-foot high Quantum Man. 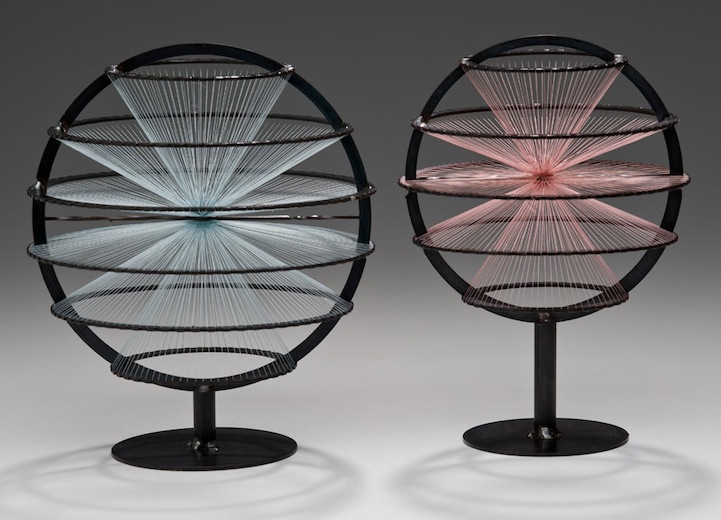 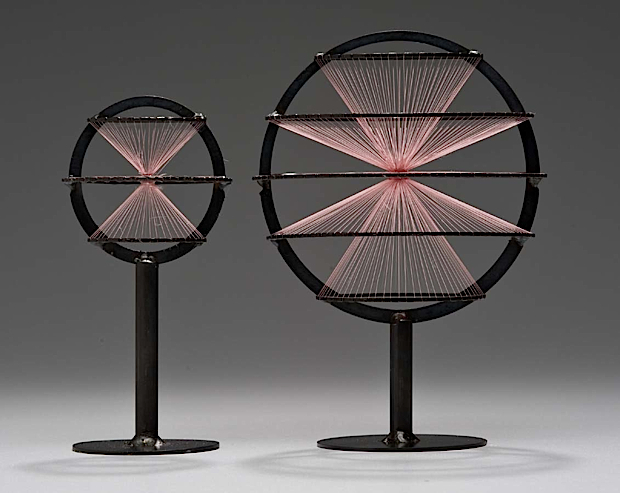 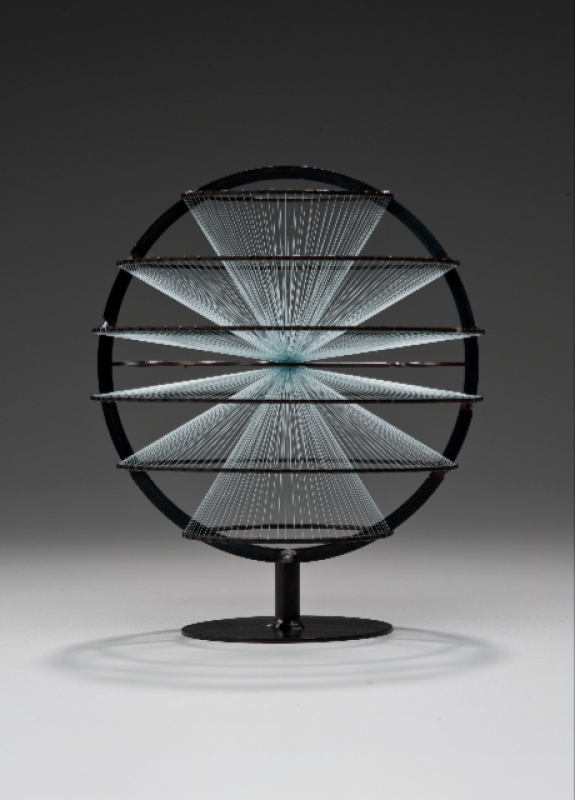