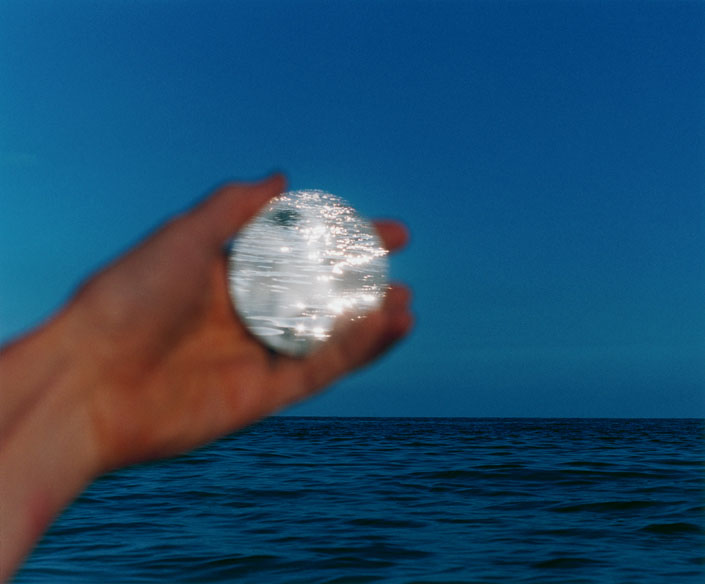 Imaginative photographer Julianne Swartz gives us a surreal look at what holding a piece of nature in one's hand looks like. While many of the illusionary works in her series titled Placements looks as though the photographer is holding the moon in her hand, she is actually just presenting a circular reflection of water and sky. With a mirror gripped in her palm, Swartz is able to deceptively display two points of view simultaneously. The artist thereby presents a composite image, using in-camera and on-site photo manipulation.

Swartz takes cues from artist Robert Smithson‘s late 1960s Displacements series, which explored the reflective properties of mirrors, pointing out that “the mirror in a sense is both the physical mirror and the reflection: the mirror as a concept and abstraction; then the mirror as a fact within the mirror of the concept.” So, within any given image of Placements, we're looking at a number of things–the background scenery, Swartz's interjecting hand, the mirror as a physical object, the scenery visualized through the mirror's reflection, and the illusion of that reflected pattern being held in Swartz's hand as something other than its true form. The series presents a complex, multilayered view of perception. 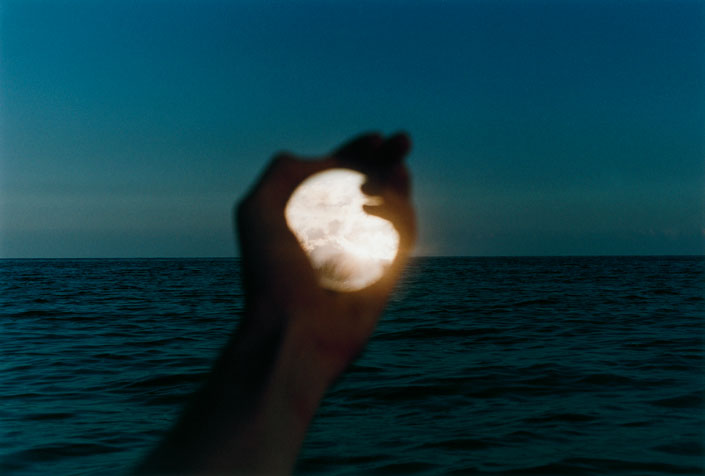 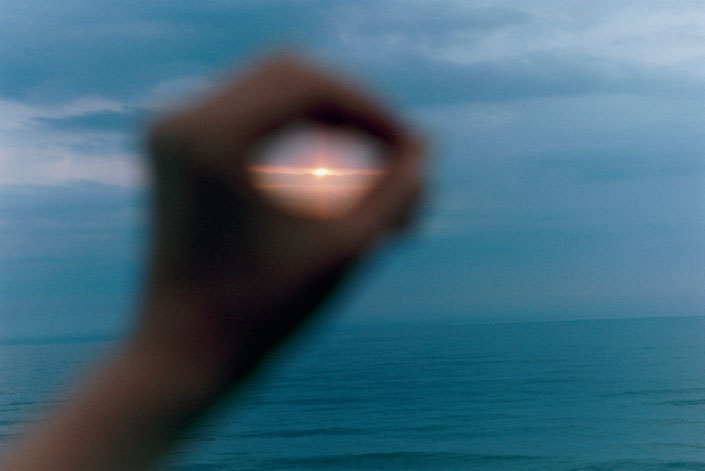 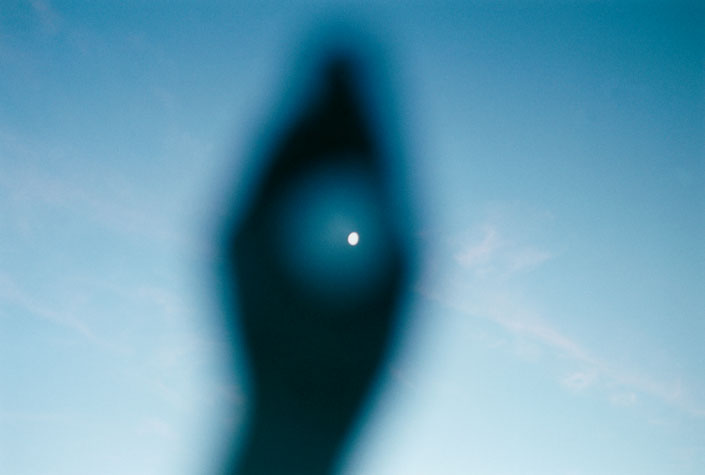 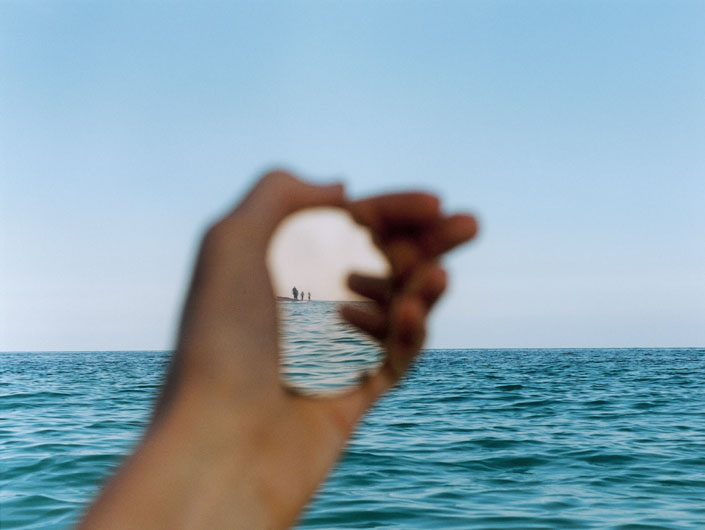 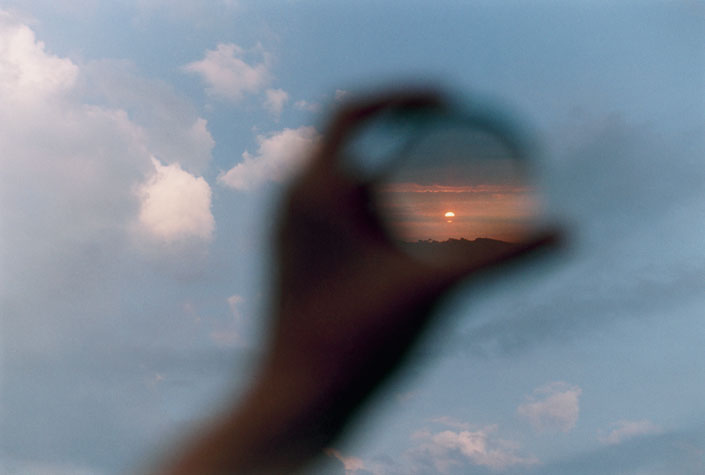 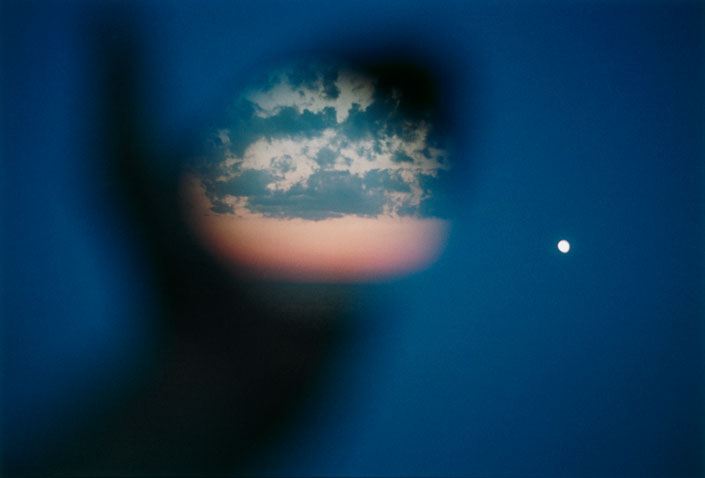 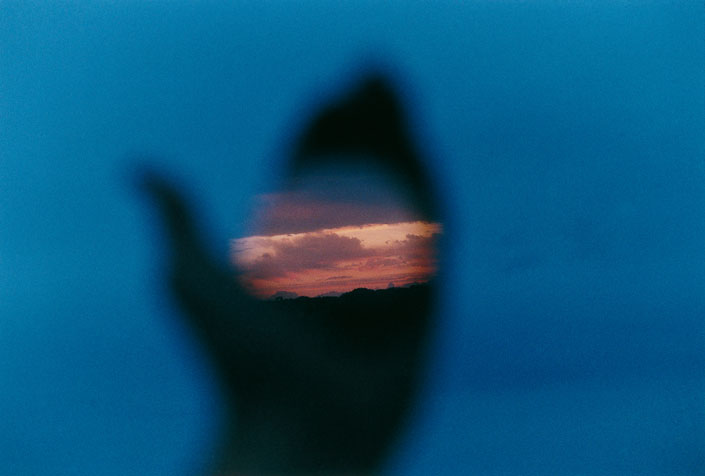 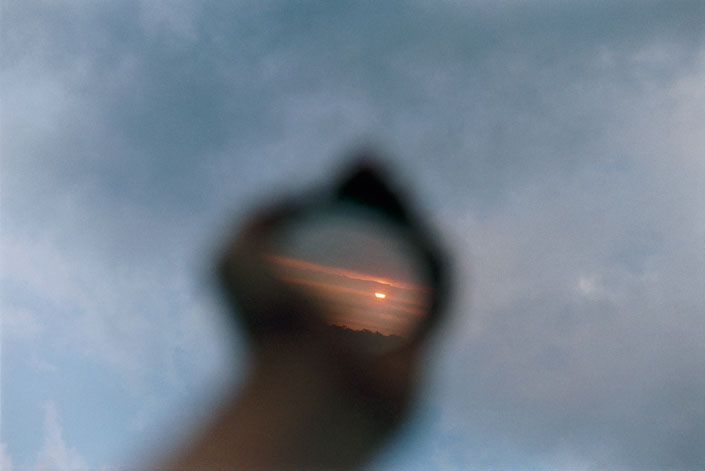 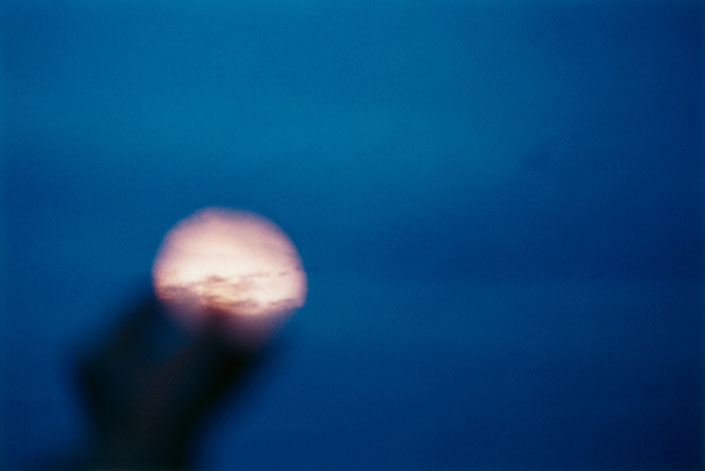