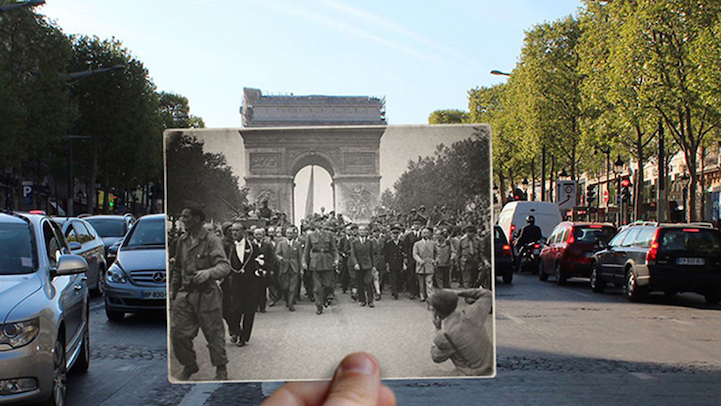 Artist Julien Knez spent two months touring Paris to figure out how much the famous city has changed since World War II. During August of 1944, the Liberation of Paris was fought, freeing Parisians from Nazi Germany's oppressive control. After collecting vintage photographs of this momentous battle, Knez decided to visit the locations that were captured in the historic images. At each location, the artist tried to imitate the exact angle that was shown in his photos, so he could recreate the snapshot in front of its modern day counterpart. “It was very intense to imagine the fights in the streets I know as a Parisian,” stated Knez to The Washington Post.

By taking images that were captured 71 years ago and reproducing them, the Parisian photographer was able to see the complex emotional history behind every location and landmark. Where a battle was once fought, there now stands a bookstore. General Charles de Gaulle and his troops marched before the now serene Arc de Triomphe. In each photograph, Knez gives viewers the opportunity to compare side-by-side versions of the past and the present. 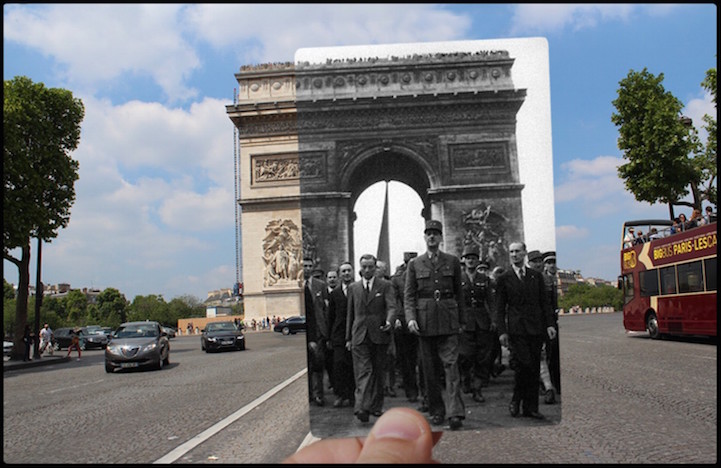 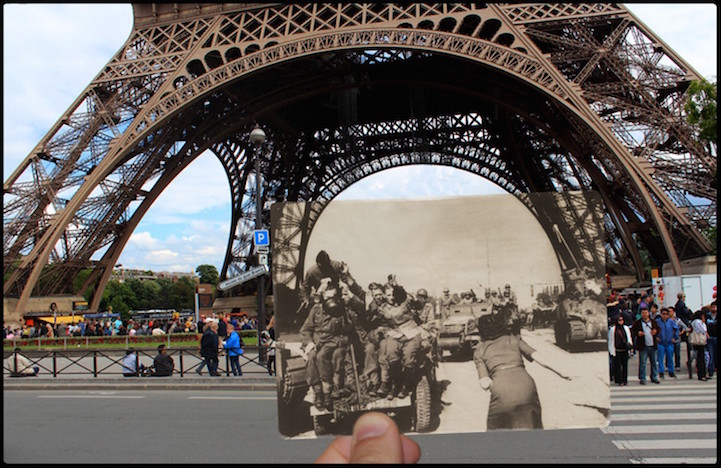 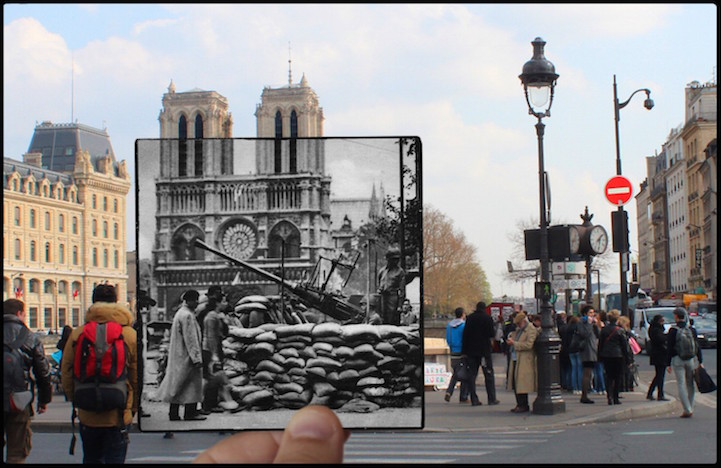 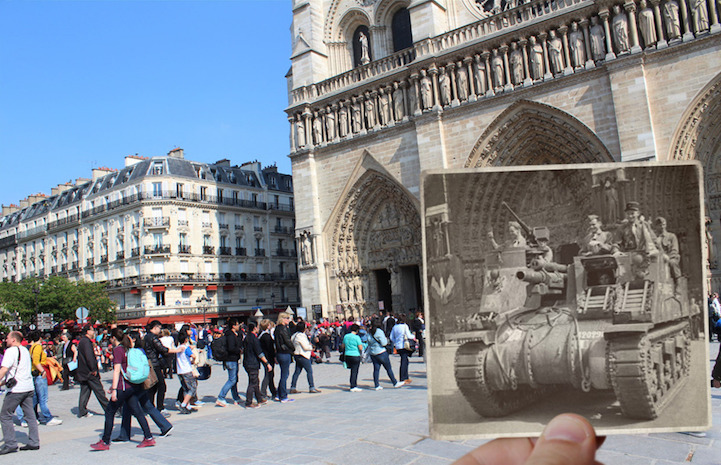 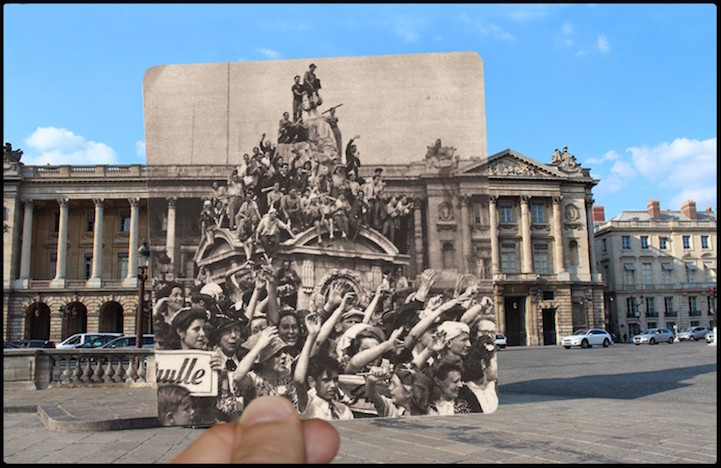 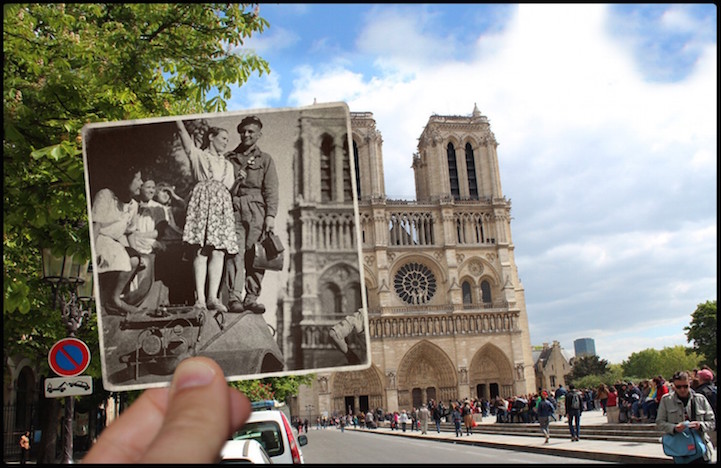 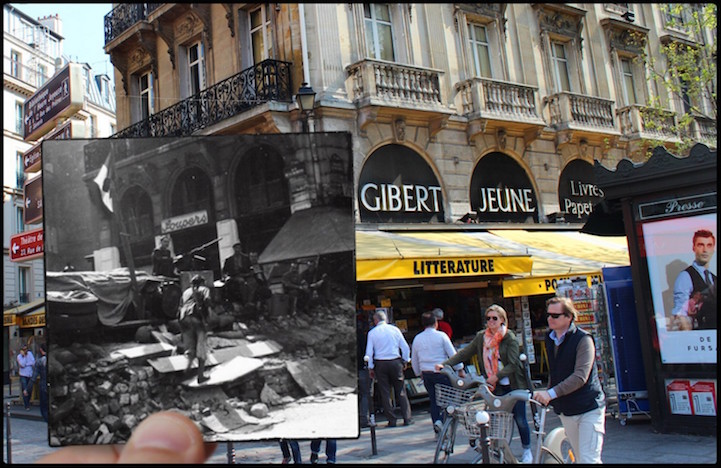 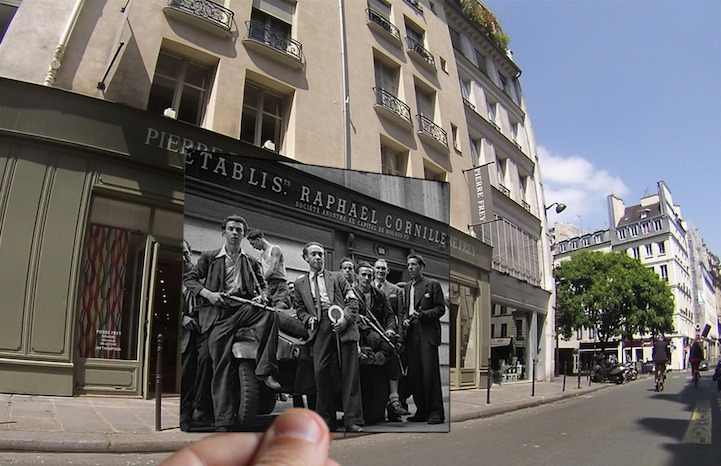 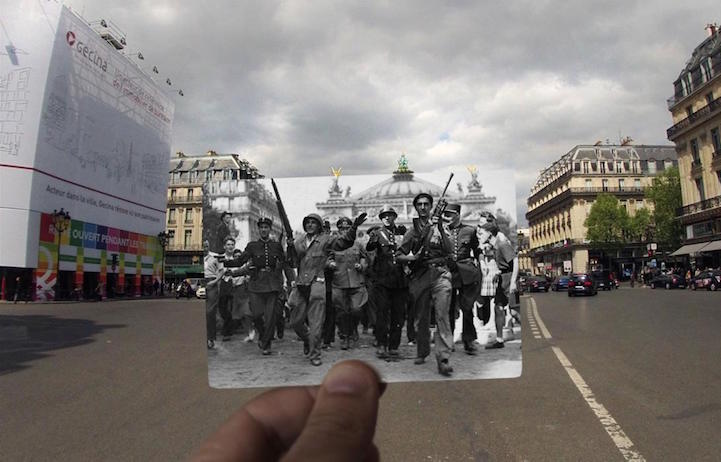 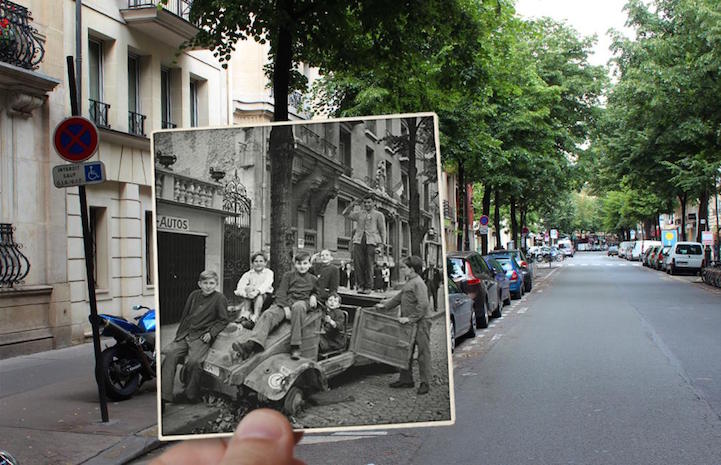 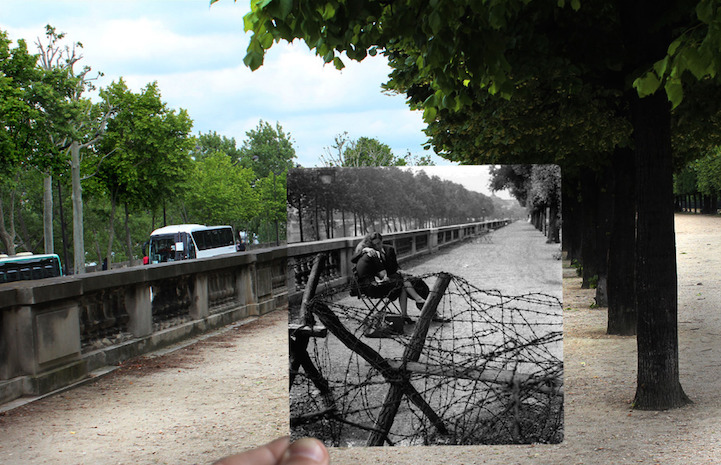