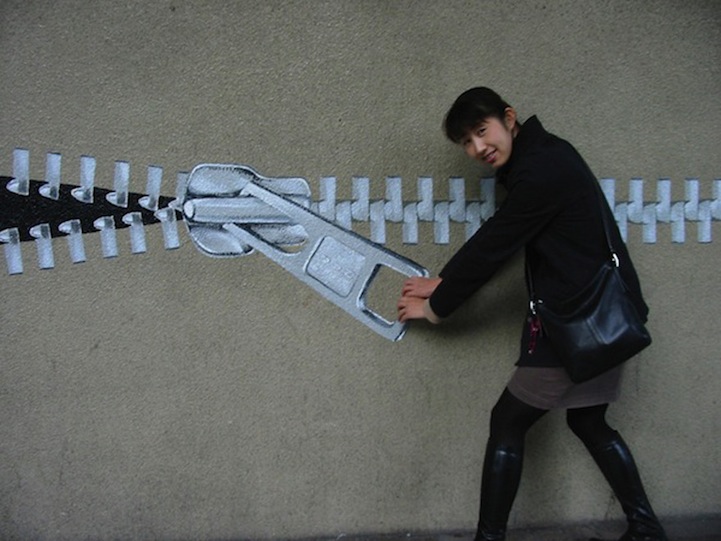 With a great sense of humor, Jun Kitagawa creates all kinds of playful art in public spaces. The Japanese artist was first discovered when he wanted to get rid of an excess of t-shirts, so, he went around town placing them on human statues. Unknowingly, he had just completed his first installation.

Since then, Kitagawa has developed an affinity for public art and recently began developing a series of giant Zippers. His first piece featured a partially unzipped circular zipper painted on a tunnel wall. The well-received mural inspired the artist to produce additional, three-dimensional versions of that same concept.

So he began unzipping the world with his whimsical installations. Each site-specific project reveals normally concealed areas, including a building's framework and the dark water that lingers beneath a pond's surface. Kitagawa blends reality with the uncanny, creating an interactive environment that invites people to explore with curiosity and wonder. His surprising work challenges everyday expectations and offers viewers a chance to look at the world with a fresh perspective. 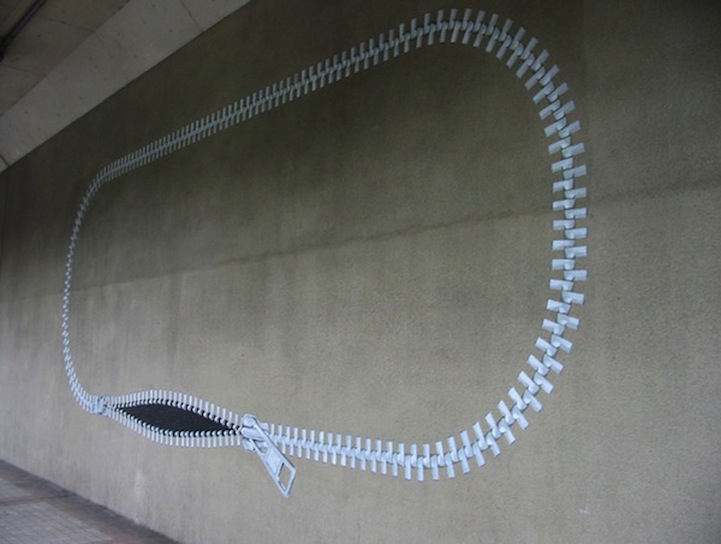 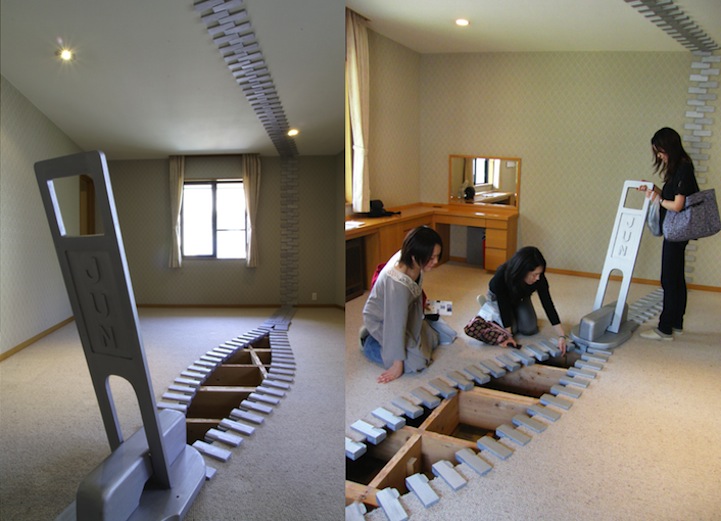