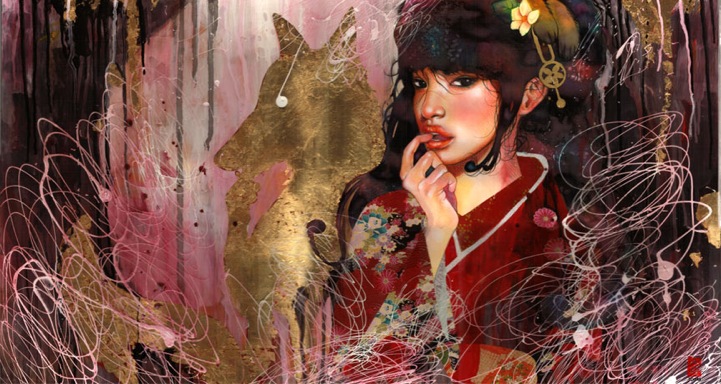 It's hard to believe that Tokyo-born, Oklahoma-based artist Juuri has been practicing her hand at fine art painting for just a little over a year. In that time, she has grasped not only the art of painting, but her own style of visual presentation. Juuri accurately defines her own art, saying, “My work portrays the delicate beauty of the female face enveloped by traditional Japanese patterns, gold leaf, and strategic paint drips. I explore the juxtaposition of realism and non-objectivity, tradition and modernism, innocence and mortality.”

Being three-quarters Japanese and born in Japan, Juuri's work exhibits high concentrations of Japanese motifs. The color-blasted paintings are infused with Japanese influences while maintaining a sense of modern, somewhat punk aesthetics. There is an amalgamation of contradictory forces that play remarkably well together. Within the same frame, we see a woman in traditional Japanese garb in an untraditionally sexual pose amidst a surge of color. Behind her is the golden silhouette of a fox, referencing an old Japanese tale in which a fox turns into a woman. There is a coexistence of modern and traditional styles present in her work, right down to her red stamped signature. 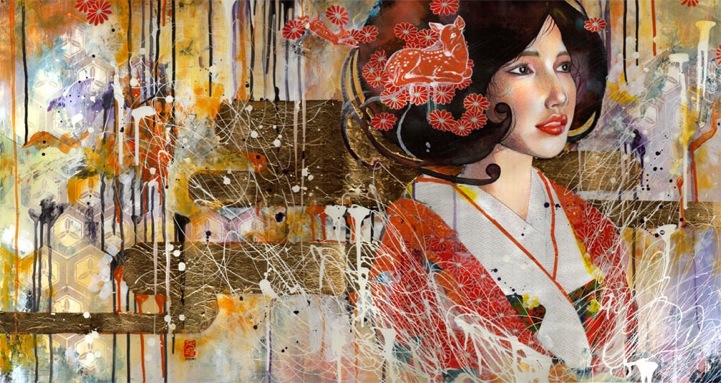 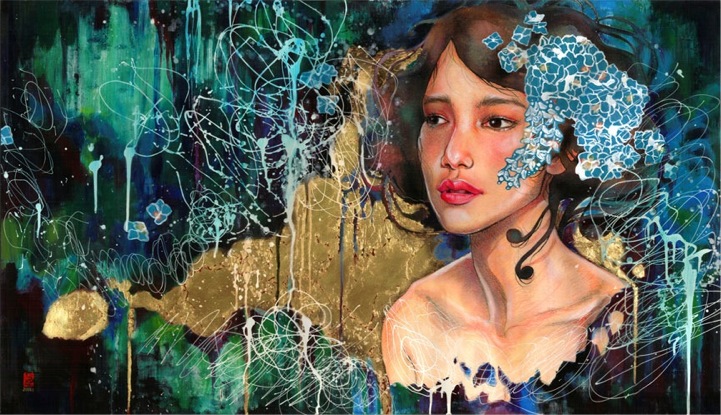 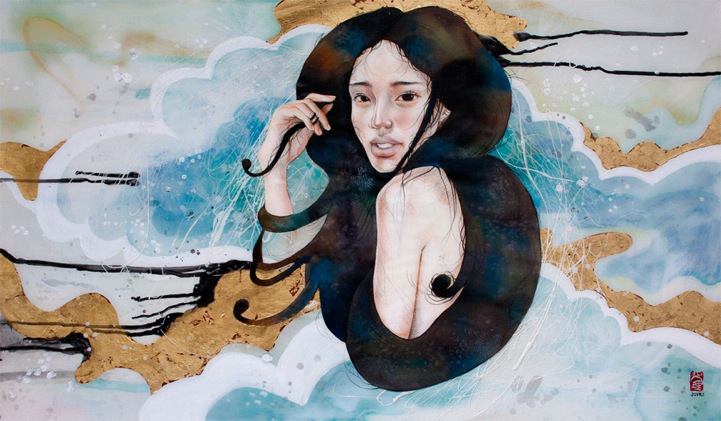 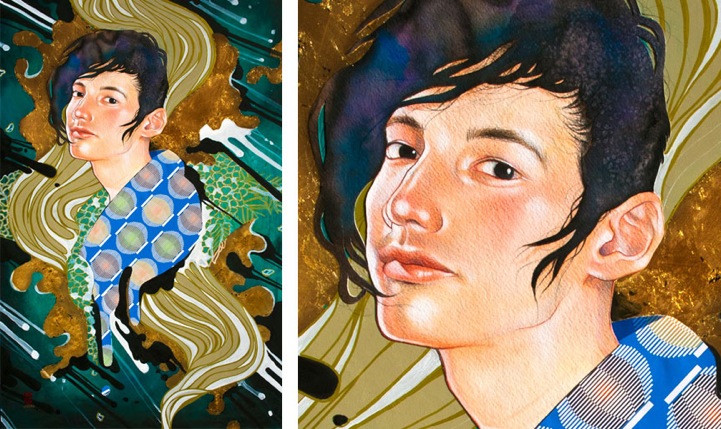 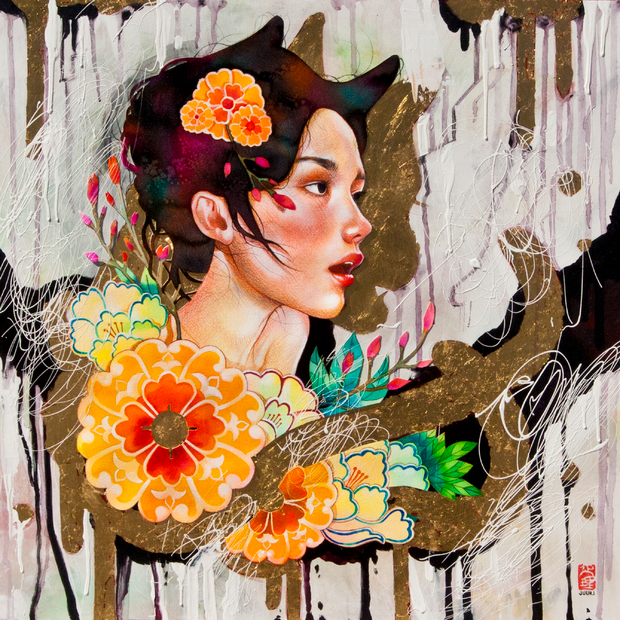 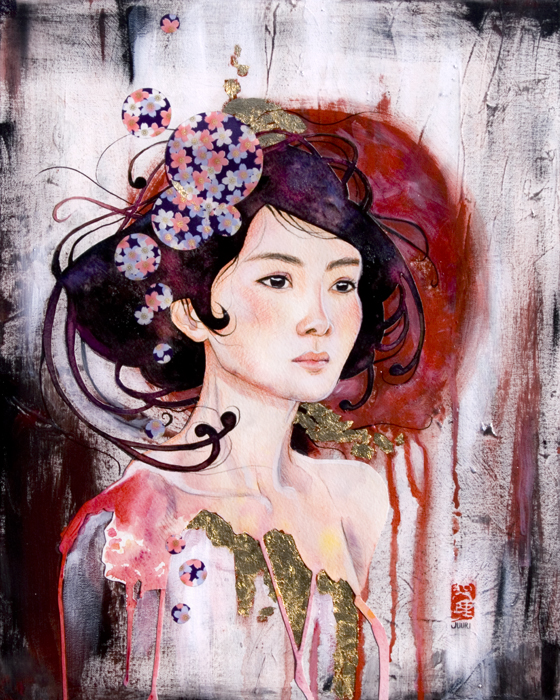 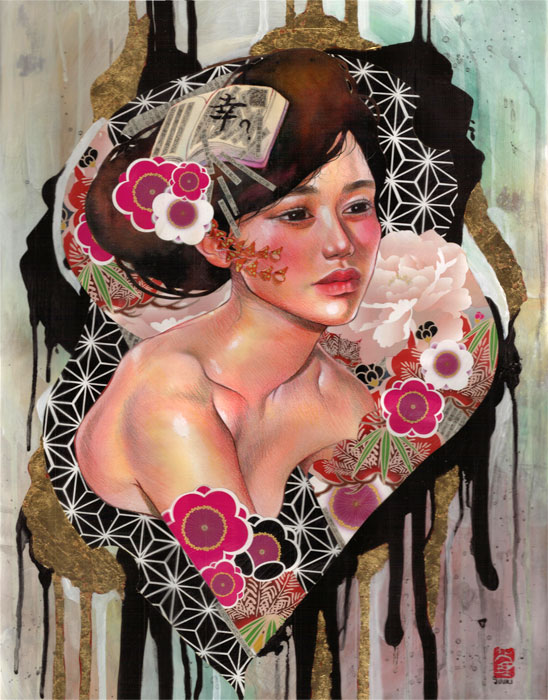