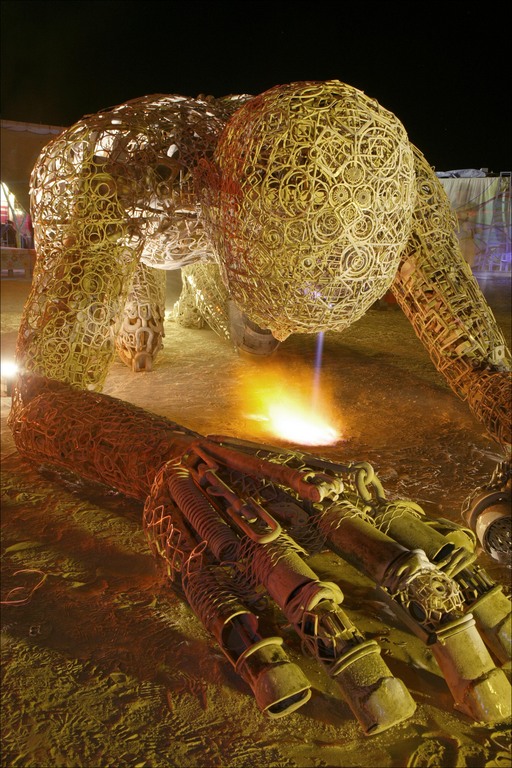 We've seen some stunning sculptures from Burning Man over the years and this one titled Achmed by mixed media artist Karen Cusolito is no exception. The figurative sculpture, weighing in at approximately 6 tons, depicts a man down on his knees and elbows in a state of humility. Like a devout man of Earth bowing to the lands from which he is made, the artist's creation represents a sense of gratitude and servility. Below the structure's downward composed face sits a flame, an emblem of life.

While the piece is certainly open for interpretation, the artist points out that “[Achmed‘s] connection to the Earth is magnified in the exaggerated scale of his hands.” It can be inferred that the salvaged steel that the figure is composed of is another link to the planet that is ransacked with discarded metals. In addition to the deep-rooted symbolism in the piece, it is also a striking work of art with exquisite, fine embellishments. The form is composed of a dynamic pattern of countless geometric shapes like a giant three-dimensional drawing that reaches a height of six feet.

Achmed debuted at Burning Man in 2006 and has since resettled at American Steel Studios in Oakland, California. 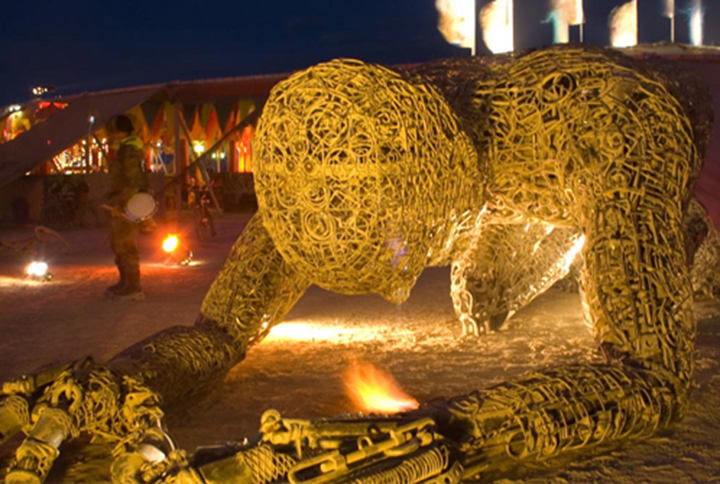 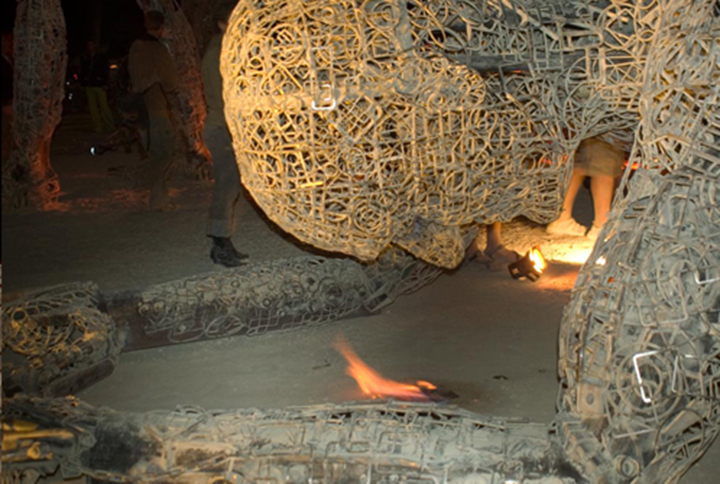 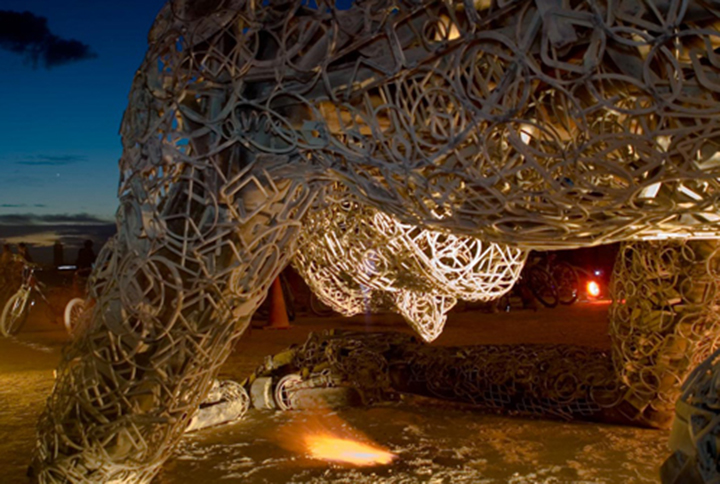