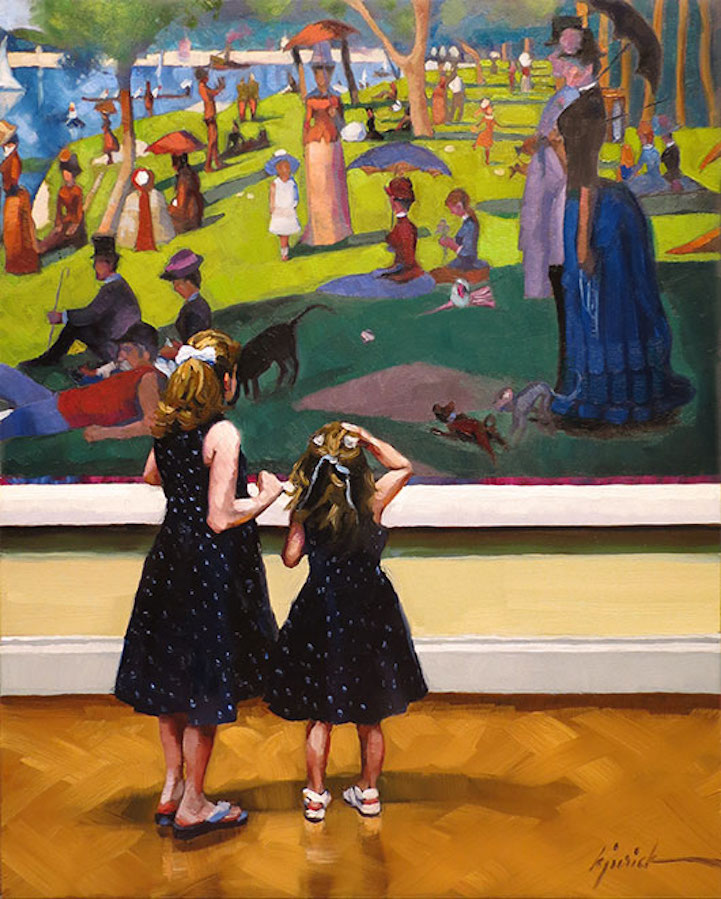 When you visit an art museum, the people watching is an added bonus to the incredible creativity that lines the walls. From afar, Karin Jurick observes patrons as they intently look at iconic artworks, capturing these moments with her camera. She later paints both the people and the pieces that captivated her attention for the voyeuristic series called Museum Patrons.

Jurick’s concept has her recreate some of the world’s most renowned paintings like Gustav Klimt’s The Kiss and Vincent van Gogh’s Starry Night. These prized works are treated with the same attention to detail as the passerbys, whose attitudes are the most compelling part of Museum Patrons. Their body language demonstrates how they prefer to observe the art, and everyone has a slightly different style. Some lean into the paintings, trying to soak up every detail. Others look with their arms on their hips and head cocked, trying to discern what the piece means. Some simply look bored.

Jurick compiled a selection of her favorite Museum Patrons paintings into a self-published book called ArtistZ. The alphabet-style publication features and A to Z presentation of inspiring painters, including an image of her work as well as a quote from each artist.

Above: A Sunday Afternoon on the Island of La Grande Jatte by George Seurat 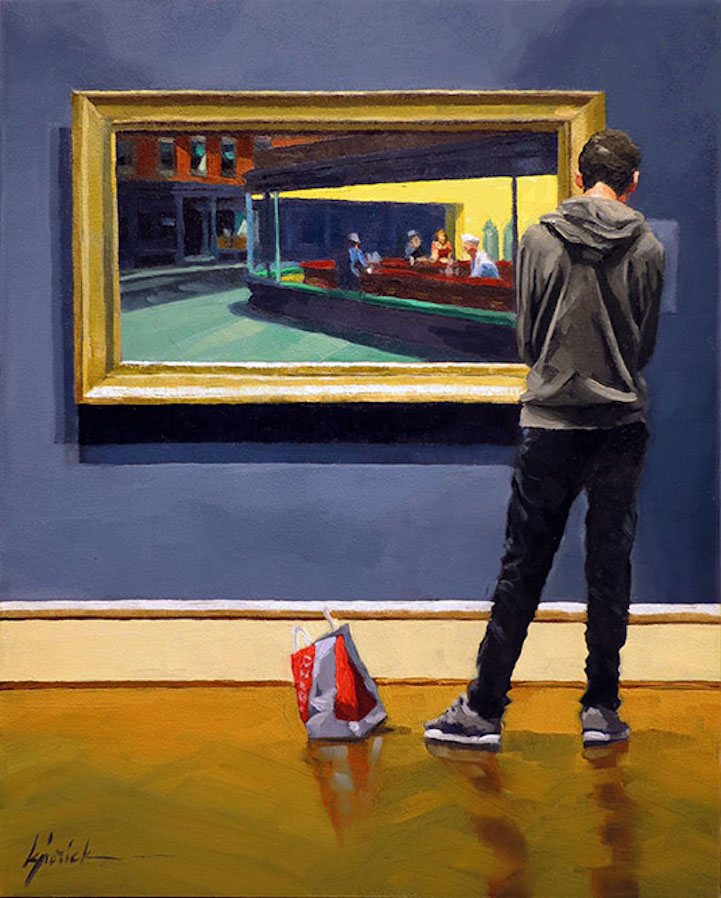 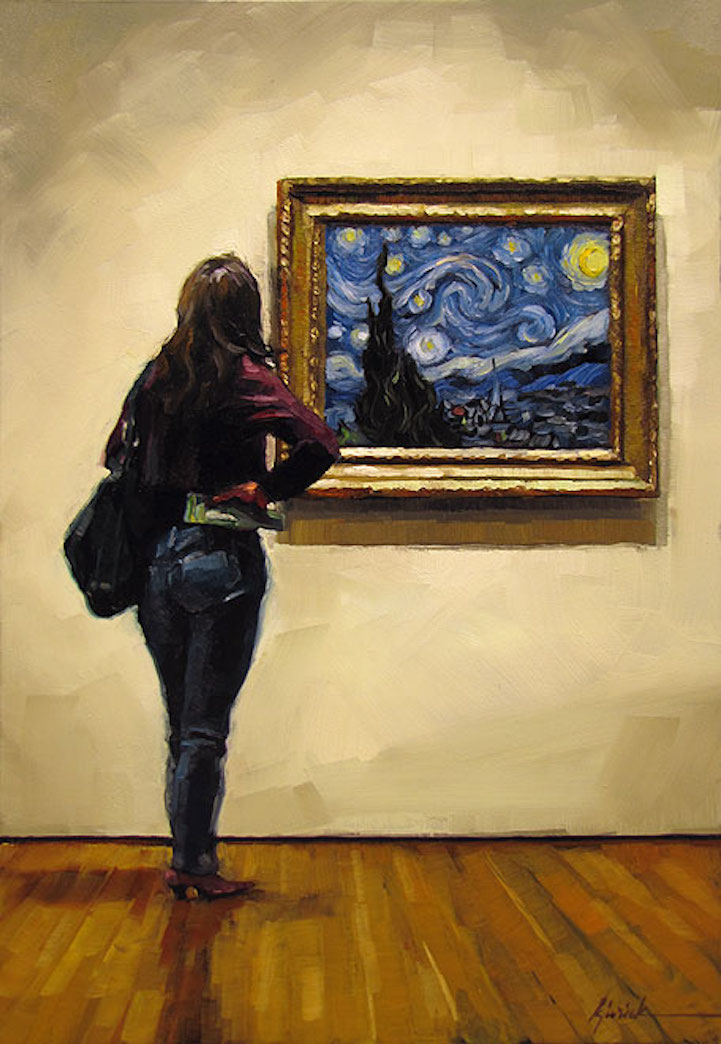 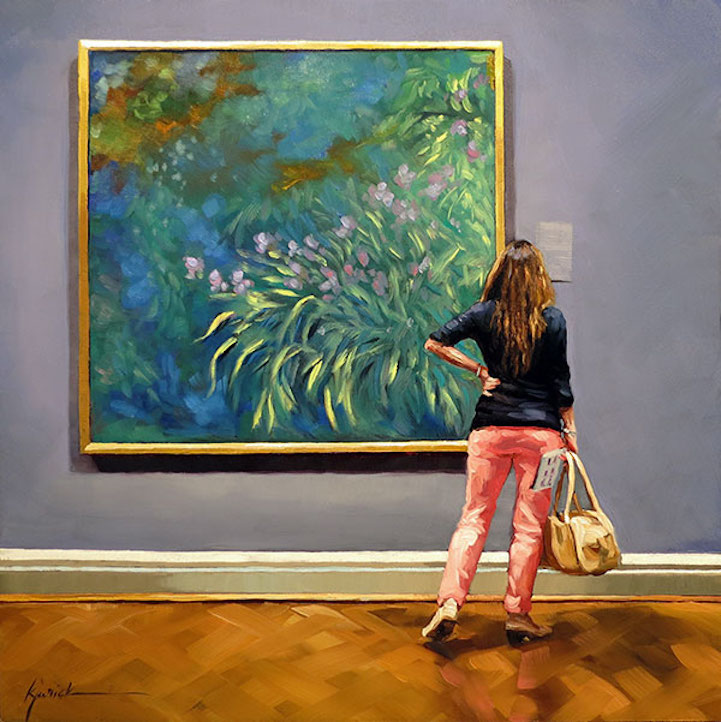 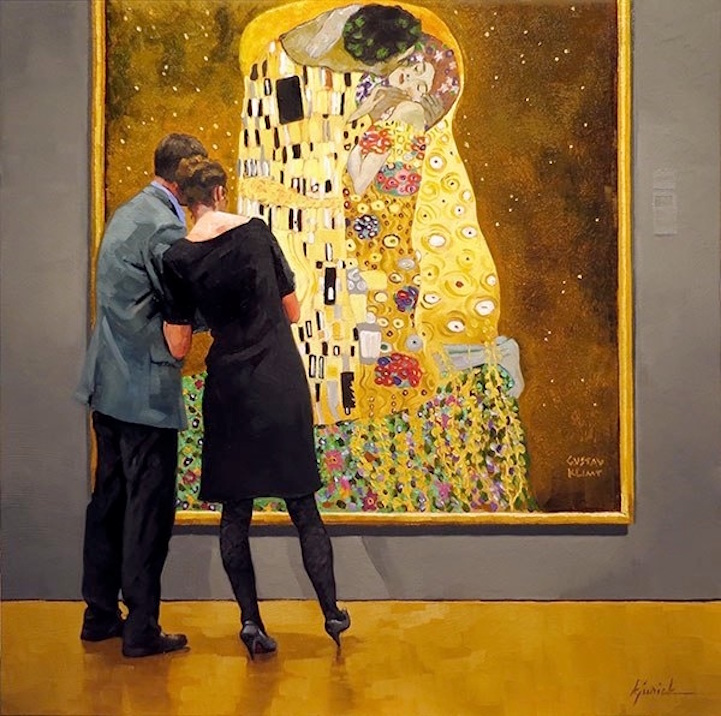 The Kiss by Gustav Klimt 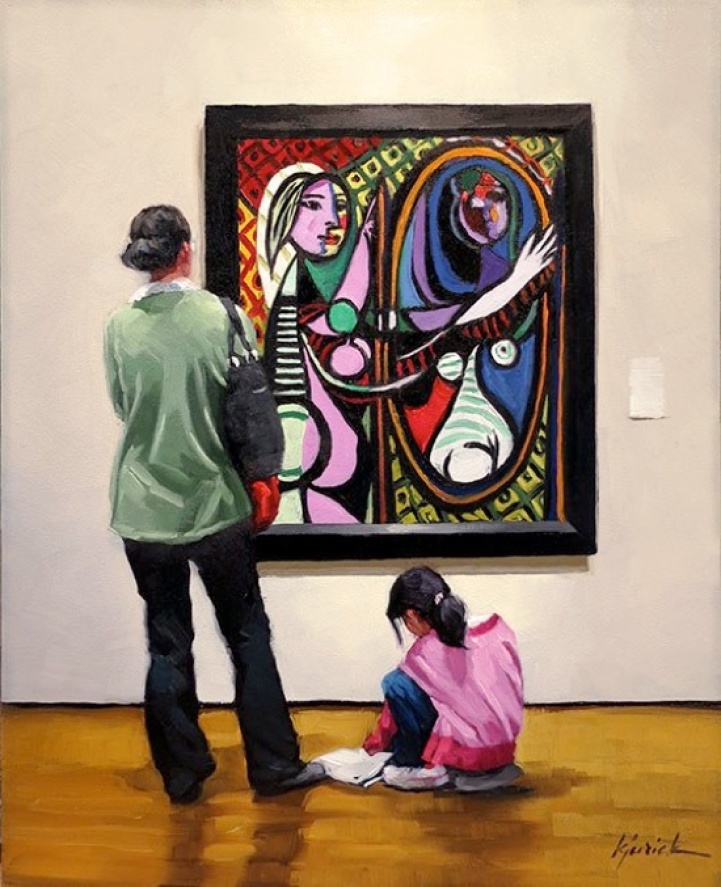 Girl Before a Mirror by Pablo Picasso 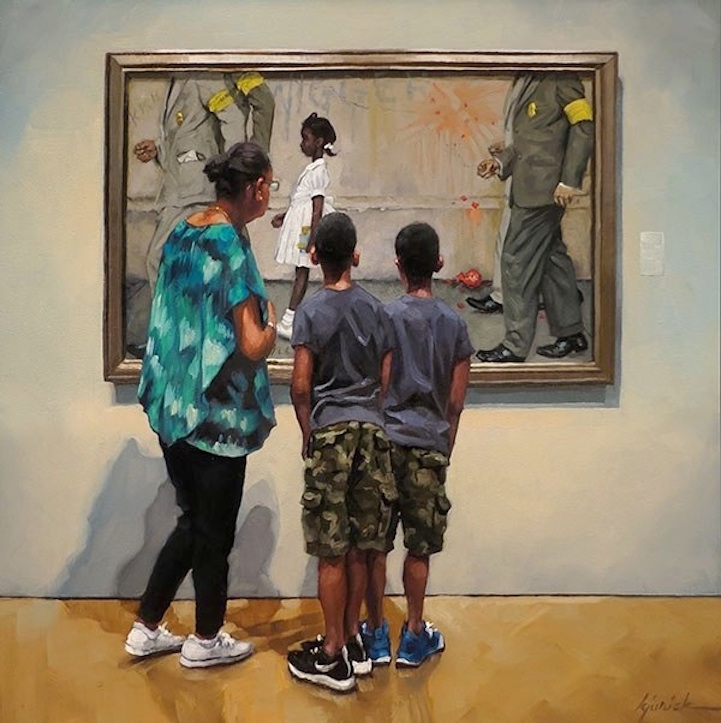 The Problem We All Live With by Norman Rockwell 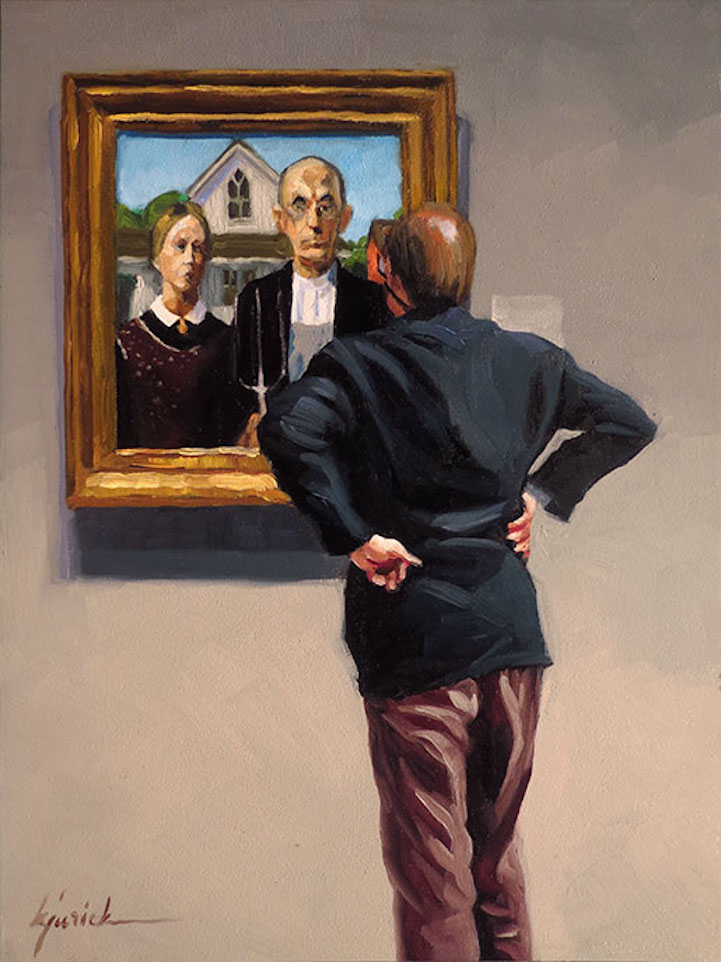 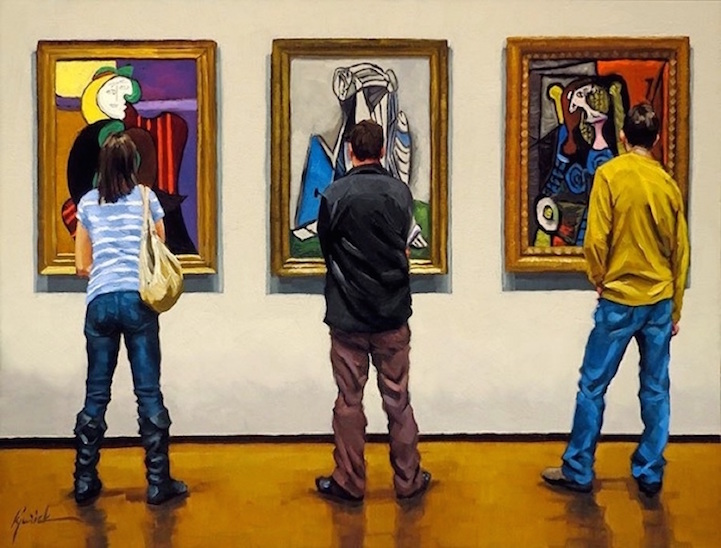 The Red Armchair, Portrait of Sylvette David, and Femme Assise by Pablo Picasso 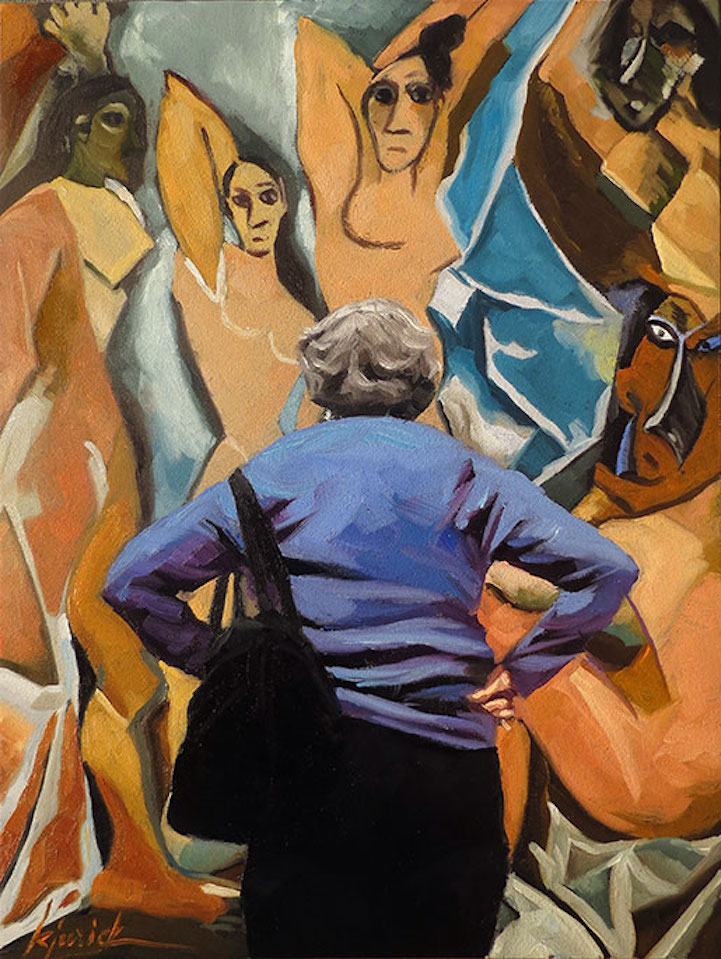 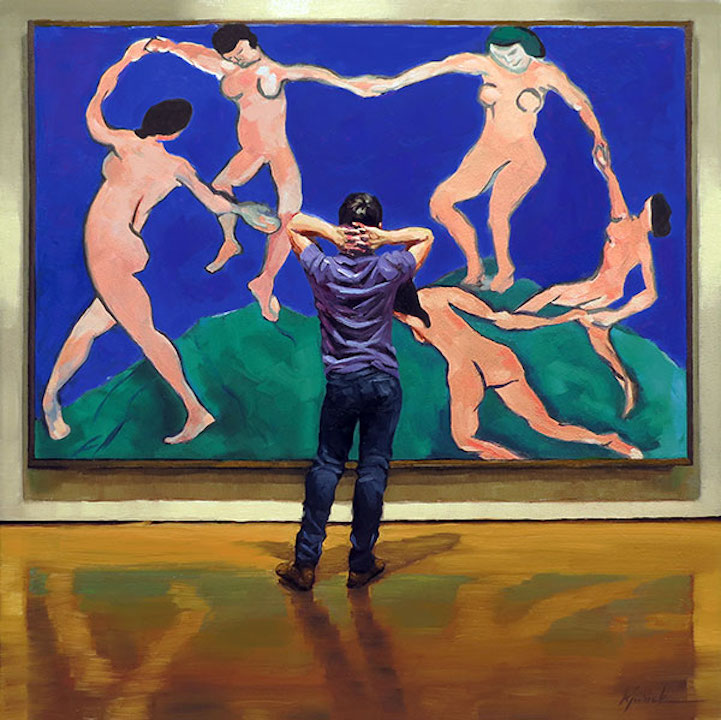 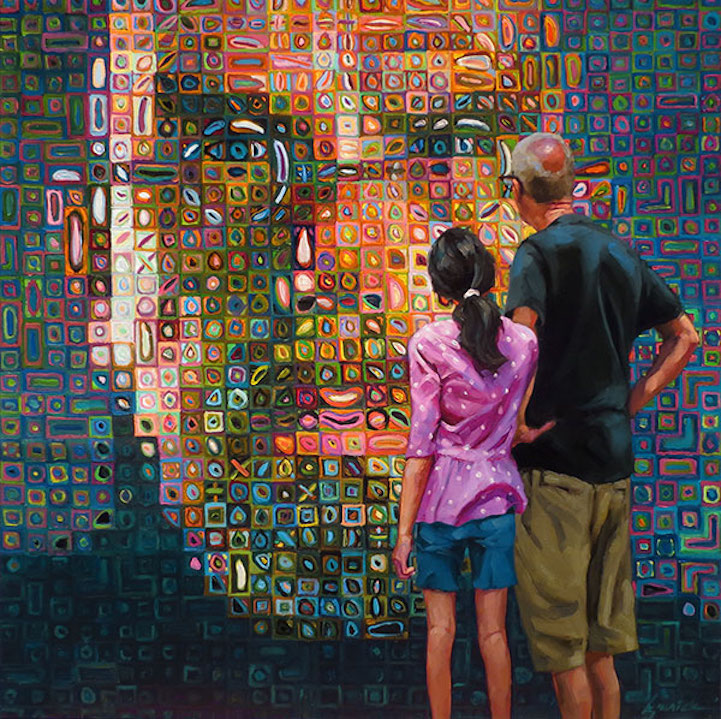