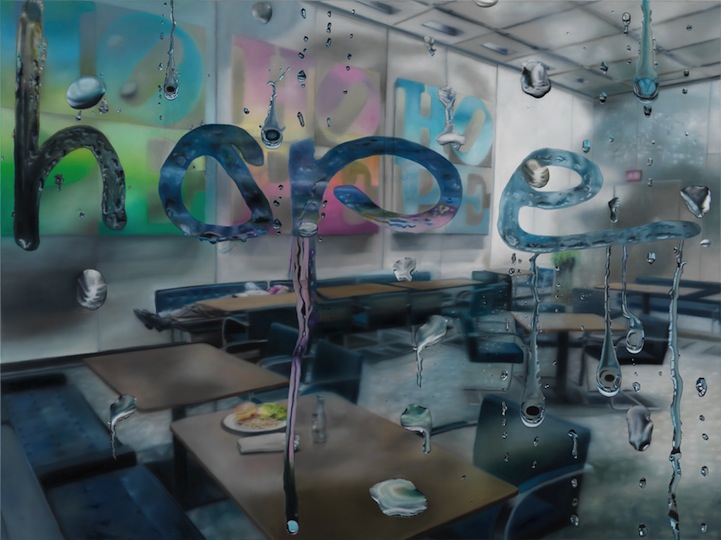 Rain can be a bummer. It's usually not as romantic as photographer Christophe Jacrot makes it seem. Having a rainy day often means spending time indoors, looking through a fogged or water-soaked window at a blurry world outside. German artist Karin Kneffel captures that feeling of separation between two spaces, one wet and one dry. Most remarkable about the artist's work, though, is that her images are not series of photographs, but rather an impressive number of photorealistic paintings.

There are several layers to each painting that takes the realistic setting, a feat in itself to reproduce, and warps it in unnatural ways. Kneffel's large-scale renderings capture the distortion in shape and color within each drop of water impeccably. Additionally, she manages to present refracted light, a natural occurrence on reflective surfaces like windows, heightening the realism. There is also a playfully relatable element to the painter's rainy series as seen through the inclusion of finger-drawn text against a window fogged with condensation.

Kneffel's unbelievably realistic paintings are currently on display at Gagosian Gallery in New York through October 20, 2012. 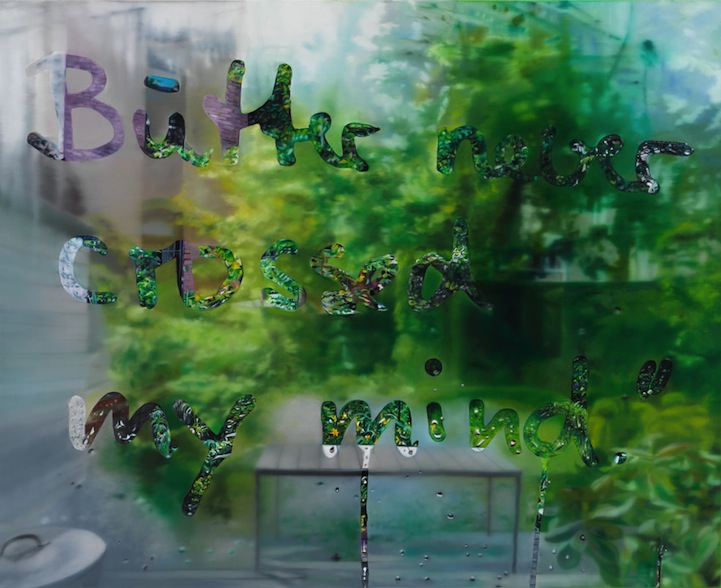 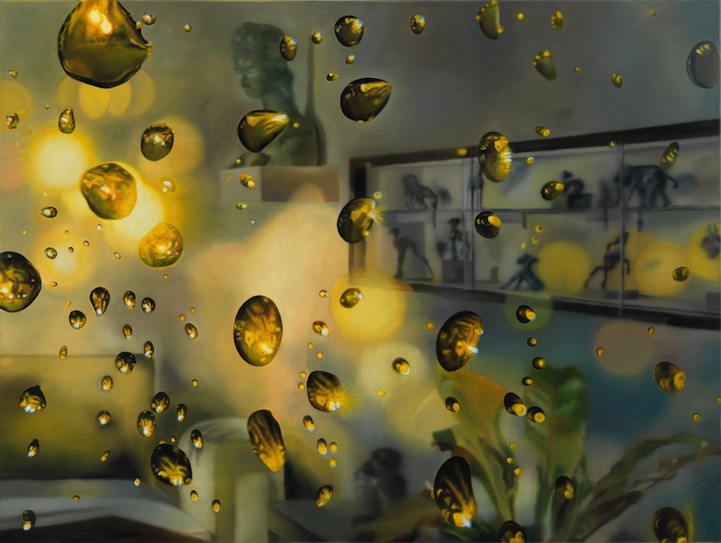 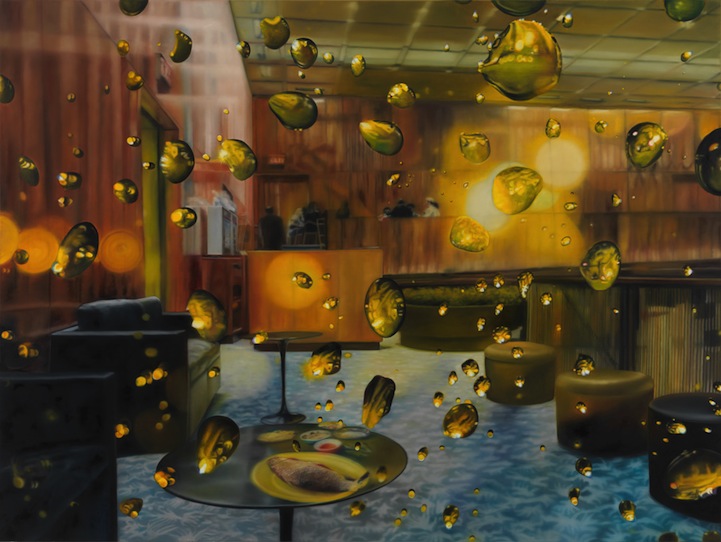 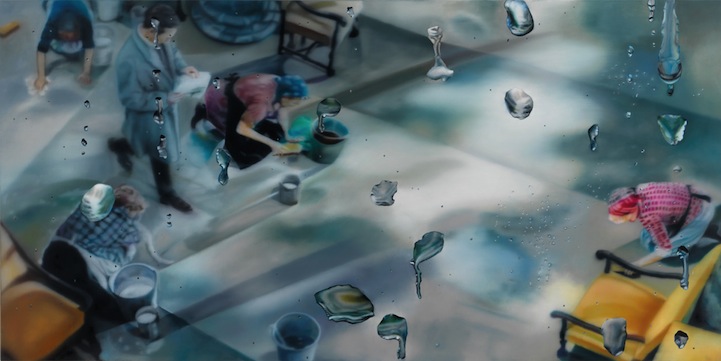 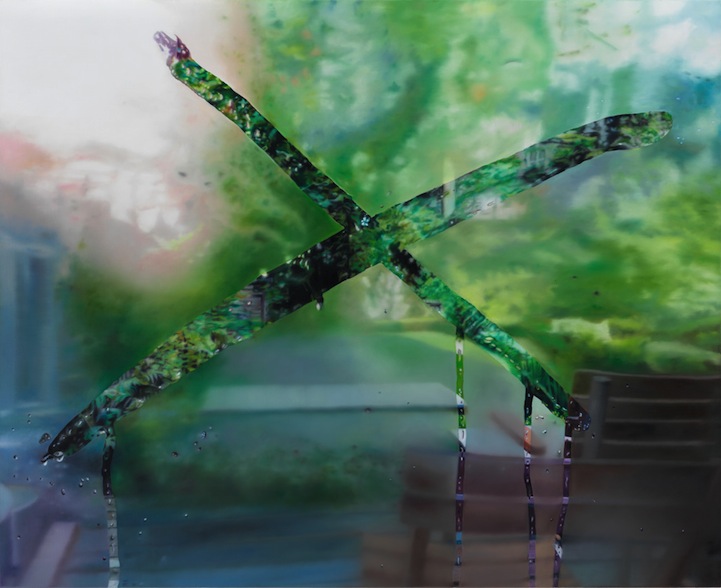 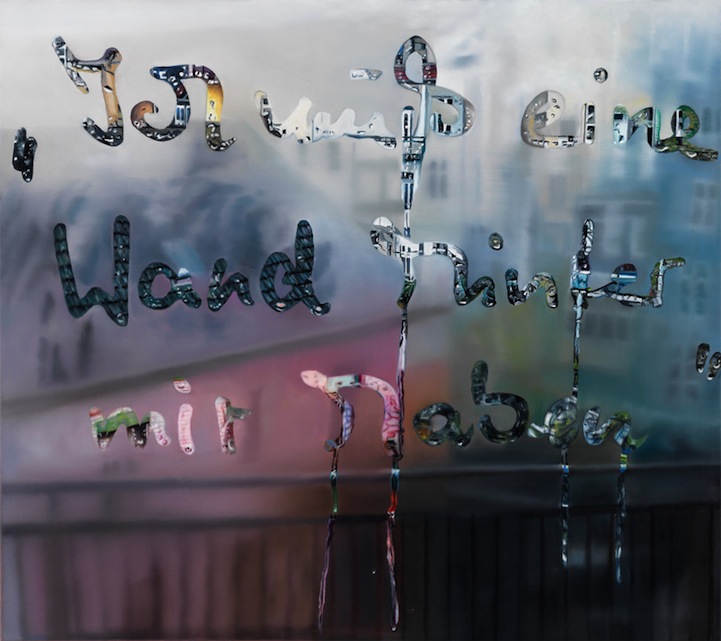 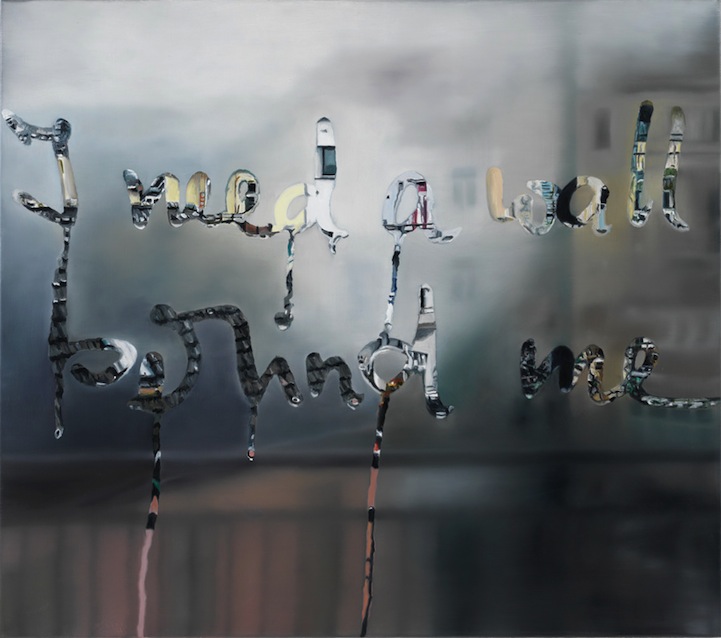