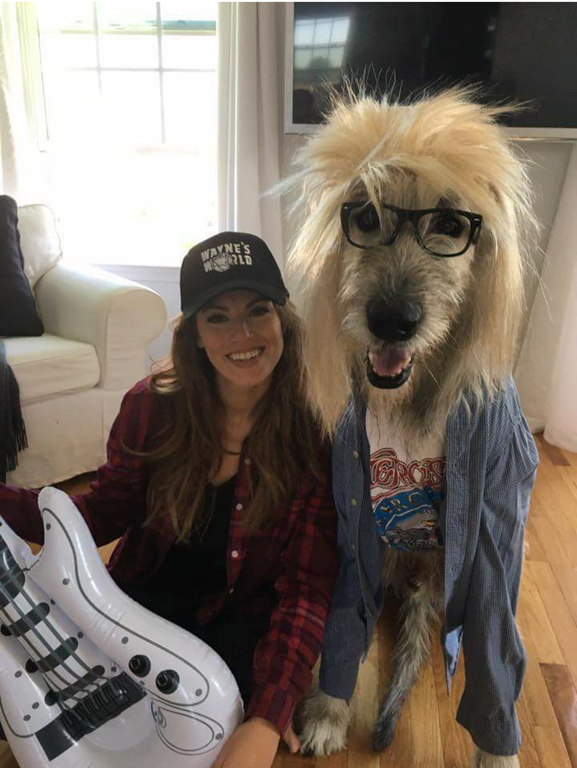 Halloween is quickly approaching. While many of us are in a mad rush to go to stores and buy whatever costumes are left on shelves, one particular couple is sitting tight with their totally rad homemade outfits. Redditor enelprinceofthemoon recently posted a picture of the former Miss Delaware, Kate Banaszak, and her hairy Irish wolfhound, Kellan, dressed as Wayne and Garth from the 90s cult classic, Wayne's World. While Banaszak manages to still look beautiful in the iconic black shirt and ball cap, it is the dog's Garth that is nothing short of incredible. His disheveled blonde mop of hair and thick black glasses really do Dana Carvey's character justice. If only Kellan was a breed other than an Irish Wolfhound, comments Redditor WhiteheadJ, then he “could've been a Great Dana Carvey.”

Initially, Banaszak hesitated to move forward with this costume idea. “I actually toyed with other costume ideas because I thought Wayne's World was so 90's, a lot of people may not ‘get it,'” she told The Dodo. “But, I'm a huge fan of the movie so I decided to go with the idea anyway!”

It only seems right that Miss Delaware herself would be the one to bring Wayne's words of “Hi, I'm in Delaware” to life.

Above image via Redditor enelprinceofthemoon

This isn't the first time Banaszak used a pup as part of her Halloween costume. 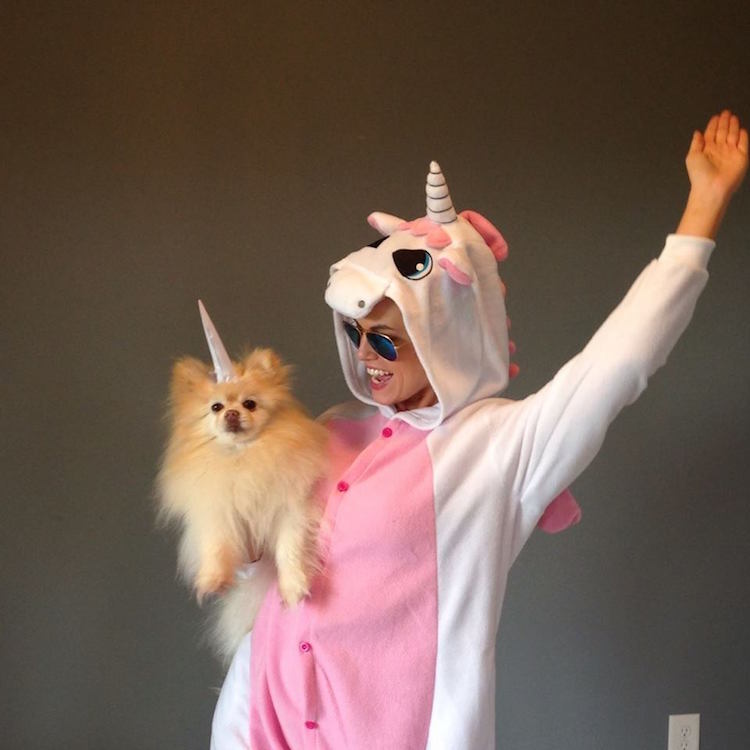