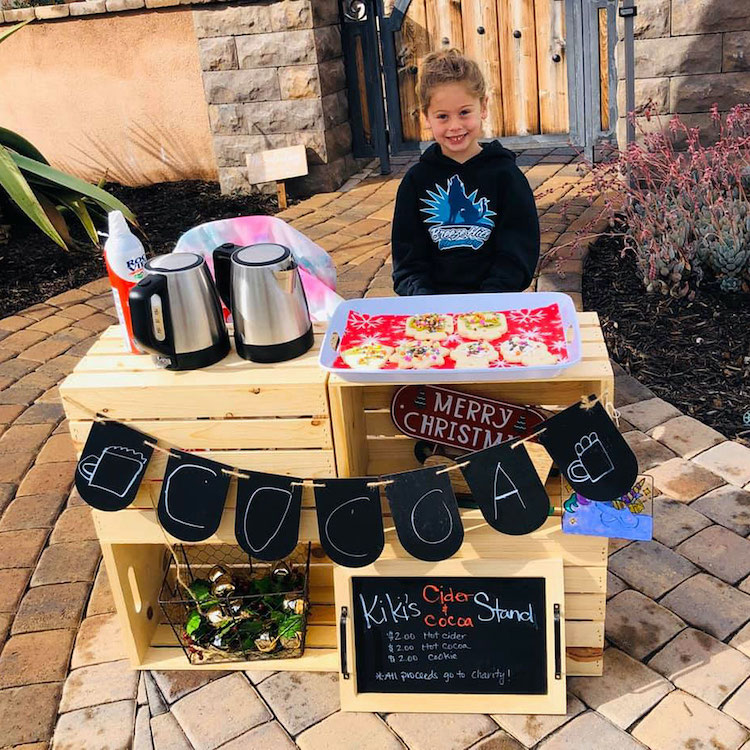 Kindergartner Katelynn Hardee wants to make sure that all of her classmates have enough to eat. After overhearing that a parent had trouble paying for an after-school program, she asked her mom all sorts of questions about why this could be. What she discovered was that some people just aren’t as fortunate as others. “We need to try to be kind and give when we can,” her mom, Karina Hardee, recalled telling her. The message inspired Katelynn to act, and she decided to set up a stand to sell hot chocolate, cider, and cookies in order to raise money for the families at her school.

Katelyn spent a Sunday in early December selling the tasty treats. From those efforts, she and her mom collected $80, which went towards paying off the negative lunch balances of 123 of her fellow students. It was a contribution that certainly made a big difference to the many families struggling to pay fees that are sometimes $10 or higher. By doing this, the five-year-old hopes that the kids “can have a snack and lunch. If they don't, their tummies grumble.”

Katelyn’s good deeds have inspired her to think bigger. Now, she wants to raise money to pay off the negative balances for the rest of her peers at her school as well as in her school district. To do this, she’s established the #KikisKindnessProject where other students and staff at her elementary school host their own cocoa and baked goods stands to pay off lunch balances. Katelyn, however, intends to do more. Once all kids have a $0 balance on their lunch accounts, she’ll use the money to help bring back school programs that were the subject of budget cuts.

“It’s all about kindness,” her mother said. “Especially this holiday season, and with everything that’s going on in the world, we just need a little bit more kindness out there.”