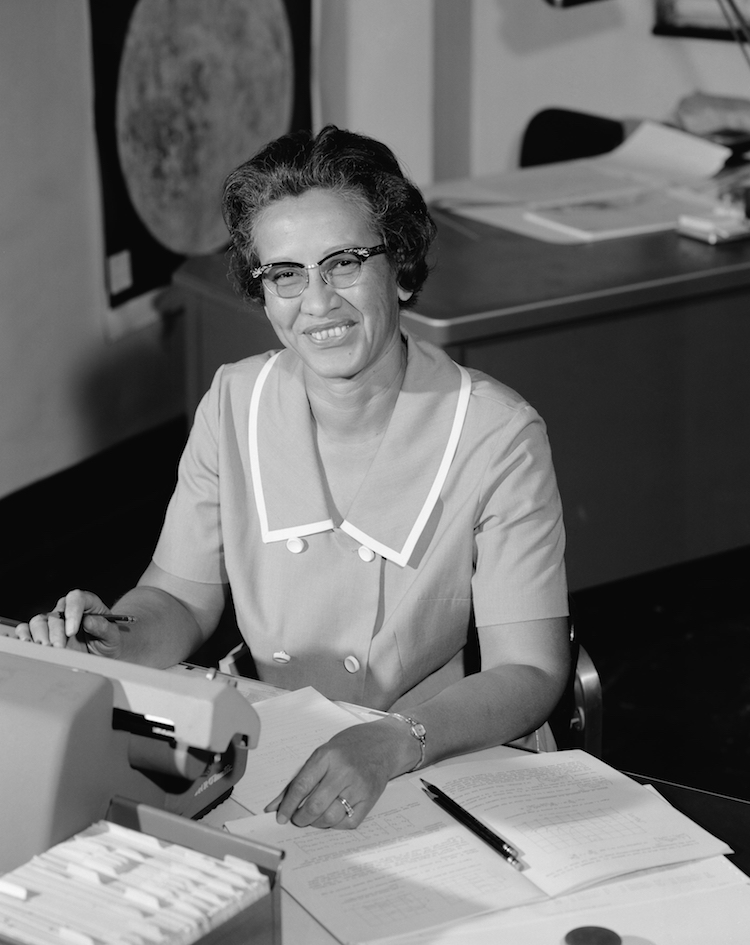 Mathematician Katherine Johnson, a woman who broke racial and gender barriers at NASA, has died at the age of 101. She is best known for her work as a “human computer” that helped make early human space flight possible. Johnson’s achievements include calculating—with a pencil and a slide rule—the precise paths to allow Apollo 11 to land on the moon in 1969 and, later, have it safely return to Earth.

Johnson’s story of a celebrated 33-year-long career is made even more incredible when you consider the era in which this was all taking place. She was born in 1918 in White Sulphur Springs, West Virginia. As a black woman, she and her family faced segregation and Jim Crow laws; public education for black children stopped at the eighth grade. That did nothing, however, to diminish Johnson’s love of math and her obvious talents. Her parents arranged for her to attend high school at what’s now known as West Virginia State University. She entered high school at age 10 and graduated at 14, promptly enrolling in college the next year.

By the time Johnson was a junior in college, she had taken all of the math classes they offered. She had a mentor at school named William Waldron Schieffelin Claytor who was only the third black person to receive a doctorate in mathematics from an American university. He identified that she’d be a good research mathematician and came up with special classes for her. Johnson graduated in 1937 with a double major in mathematics and French.

After graduating, Johnson took a job as a school teacher and got married. In 1940, she had the chance to return to school by being one of three black graduate students to integrate into West Virginia University. She withdrew from her schooling, however, when she found out she was pregnant with her first child. For more than 10 years after that, her life was focused on her family and career as a teacher.

In 1952, she heard that NASA's Langley Memorial Aeronautical Laboratory was hiring black women. She began working there in 1953. Two weeks into her job, she helped calculate aerodynamic forces on airplanes. Because she could remember geometry (while her male colleagues were a bit fuzzier on it), she proved herself invaluable and would stay there for the rest of her time at the organization.

Johnson was passionate about her work. In addition to Apollo 11, she helped calculate the launch window for the Mercury mission in 1961, which was American’s first human spaceflight. She also worked on John Glenn’s Friendship 7 mission and, throughout her career, co-authored 26 technical papers—making her one of the first women at NASA to do so. Some of Johnson’s story was portrayed by Taraji P. Henson in 2016 in the Oscar-nominated film Hidden Figures.

After retiring from NASA in 1986, Johnson became an advocate for mathematics education in public schools. President Barack Obama awarded her the Presidential Medal of Freedom in 2015, the highest honor for a civilian. “In her 33 years at NASA,” Obama noted, “Katherine was a pioneer who broke the barriers of race and gender—showing generations of young people that everyone can excel in math and science and reach for the stars.”

NASA administrator Jim Bridenstine echoed this sentiment, years later, in a tweet regarding Johnson’s passing. “The NASA family will never forget Katherine Johnson's courage and the milestones we could not have reached without her. Her story and her grace continue to inspire the world.”