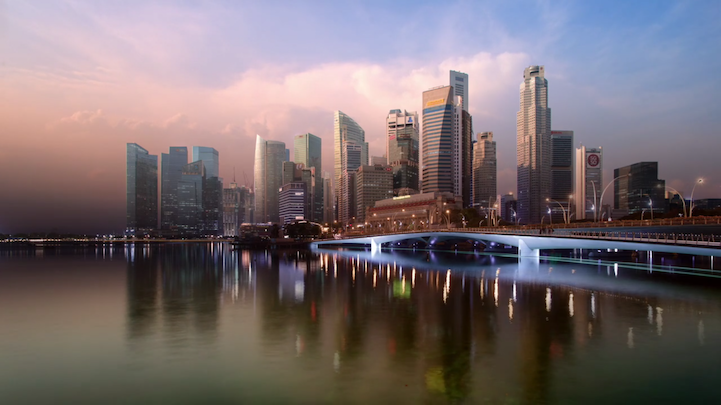 Over the span of three years (500 days of shooting), photographer Keith Loutit has made one monumentally impressive time-lapse portrait of the ever-shifting city of Singapore. In The Lion City II — Majulah, he has condensed one million images to a moving collage that runs just under five minutes, showing staggering perspectives of a metropolis pulsing with perpetual energy.

“Majulah” means “onward” in Malay, and that sense of forward movement throbs in every moment of the film. From wide-varying angles and hours, Loutit captures the undulating clouds that swell over the rising skyline, the jittery electricity of lights flicking on and off in apartment windows, the cars reduced to racing streaks of technicolor headlights down dark streets, and the jagged dancing of cranes, constantly in the midst of construction. New high-rises twist up from the earth like corkscrews as the sun rises, falls, and rises again, casting changing shades on buildings that appear no less alive than the natural landscape surrounding them.

The final production is a minute and a half longer than Loutit had originally planned, despite the fact that he cut 75% of the photographs he shot, which evidences the massive scope of work that went into the project. For the soundtrack, he teamed up with composer and producer Michael Alder Miltersen of Sepia Productions, who traveled to Singapore from Copenhagen every year so the pair could collaborate side by side. The music plays a powerful role, especially when combined with the imagery—its electronic beat brings the city's jolting energy to life.

You can see the full video below or on Loutit's Vimeo page. Don't miss the 3:10 mark, when the sky shatters with lightning—the bolts seem to represent the high-voltage charge of change in a metropolis where the natural atmosphere coalesces with human construction as one force for forward motion. 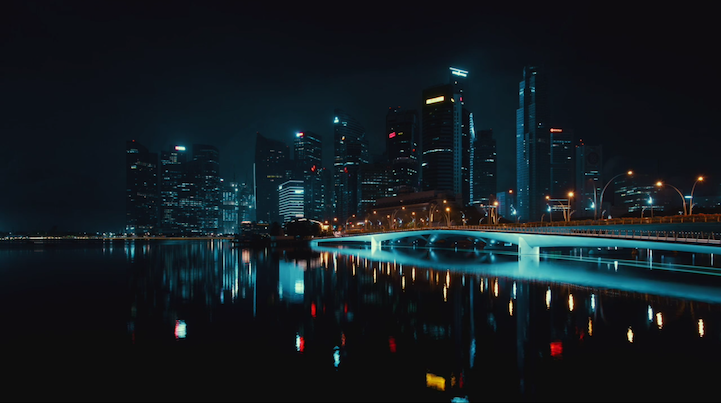 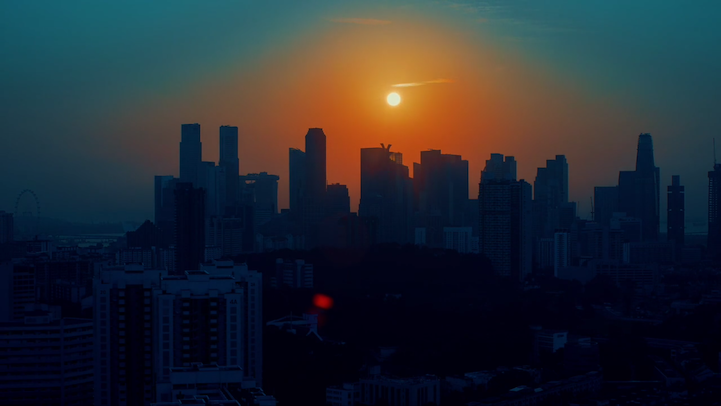 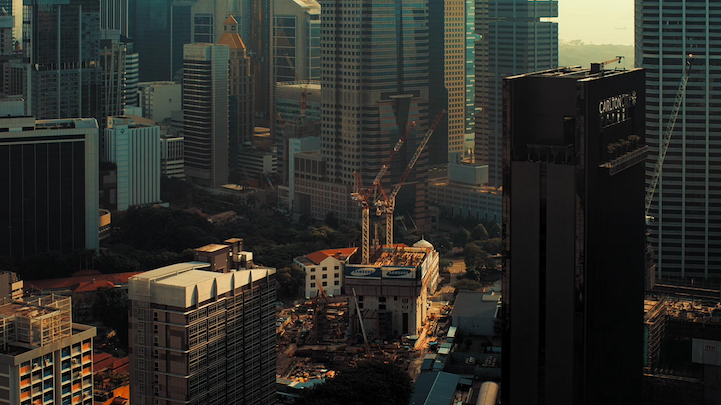 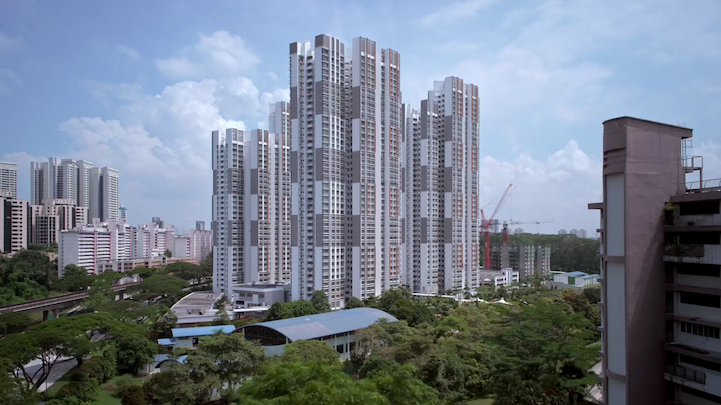 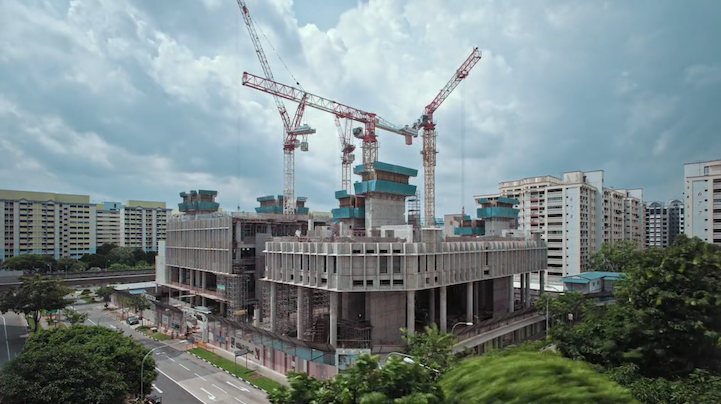 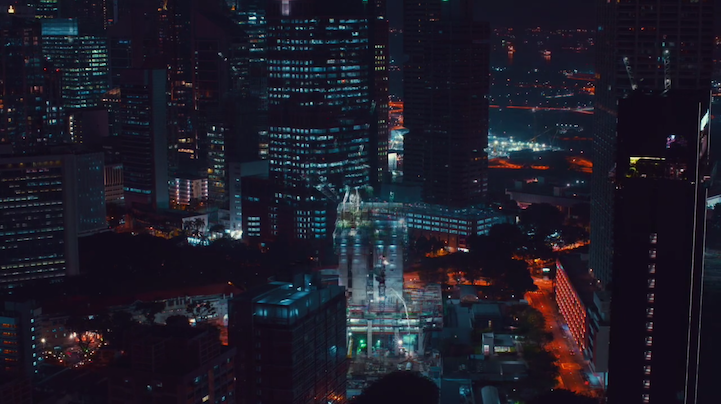 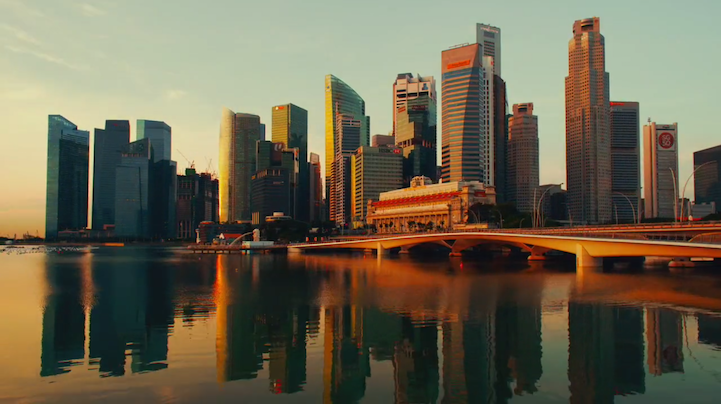 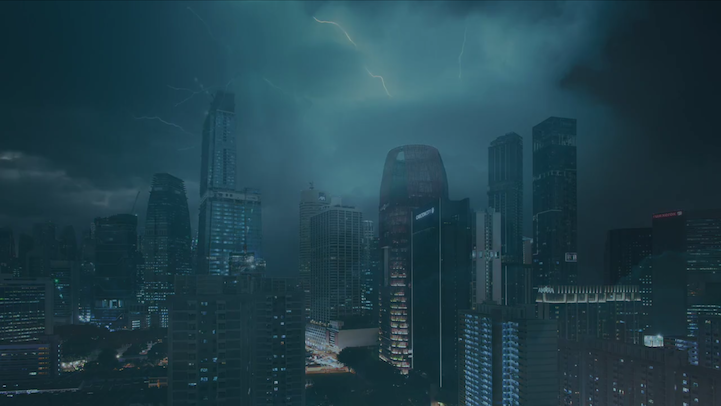 All images via Keith Loutit.