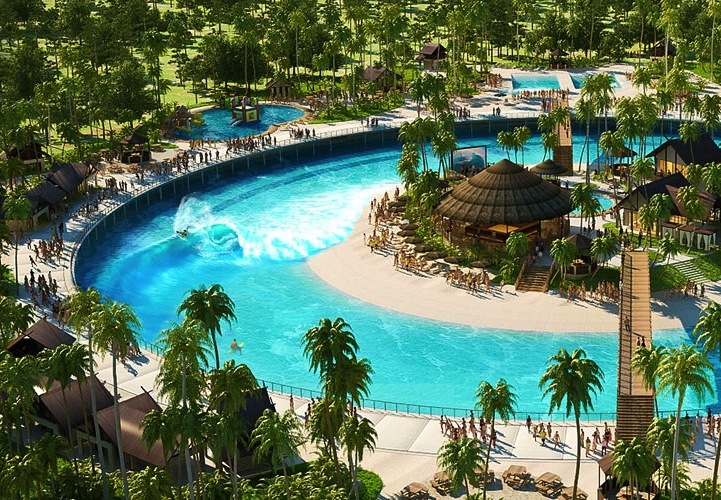 Professional surfer Kelly Slater had always wanted a surf park where he could hone his skills while growing up and though it never came to fruition in his youth, the 11-time world champion is working on one for future surfers, fully equipped with man-made waves. Having just recently unveiled his website for the ambitious project, Kelly Slater Wave Co., the designed landscape reveals an innovative circular pool around an island resort. Unlike other swimming pools, however, Slater's moat-like ring of water generates an endless stream of waves. The themed retreat is designed to allow visitors to ride on waves indefinitely, as the generated tides are in constant flow.

Slater has been working on this project for a few years with existing technology, seeking to perfect an infinite wave simulation. The innovative surfer-turned-entrepreneur has worked with skilled hydromechanics and industrial engineers to construct this hydrofoil-generated mechanism to produce a variety of swells to accommodate a diverse community of surfers, from beginners to experts. The pool is said to have the capability of adjusting to skill levels as well as maintaining flow control. While the exact location of the first park is still in talks, Australia seems to be the most likely candidate for its public introduction. 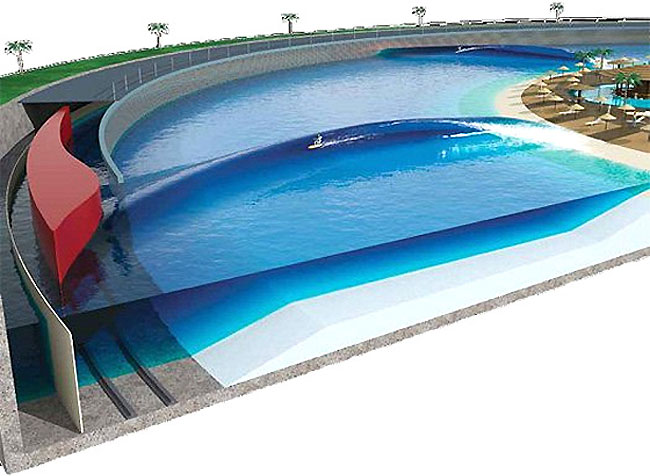